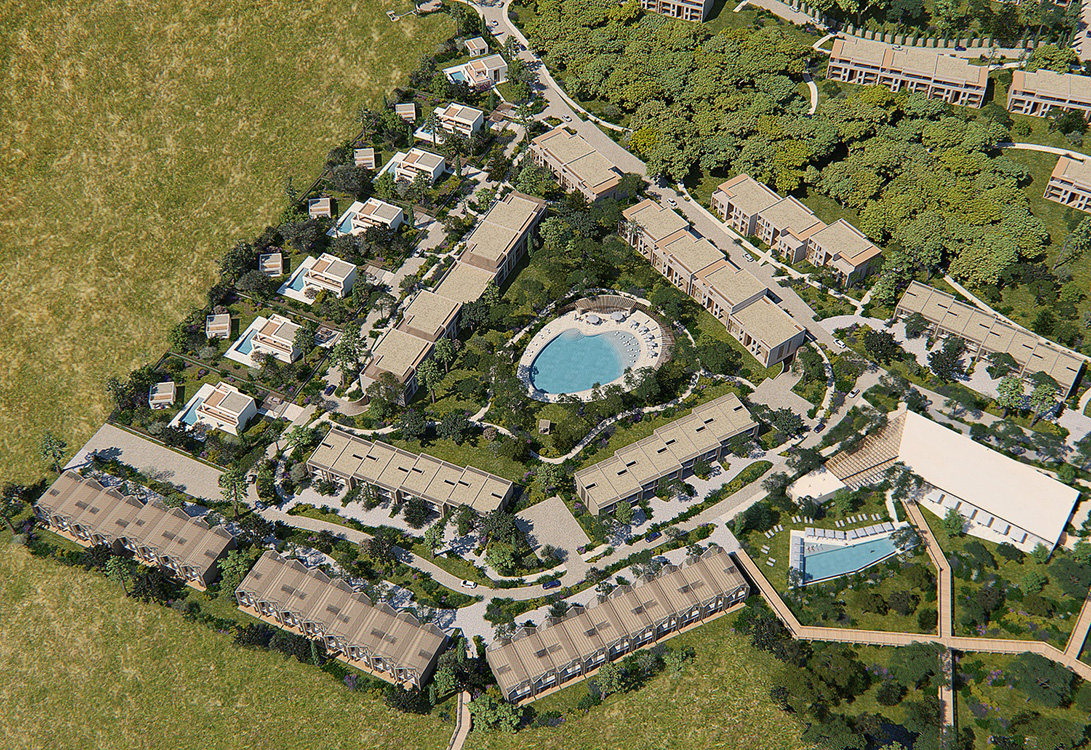 A €270 million nature resort — including a five-star hotel and hundreds of apartments, townhouses and villas — is coming to life in the Eastern Algarve, just a stone’s throw away from Verdelago beach in Castro Marim.

Named after the nearby beach and having changed considerably since it was first announced around 20 years ago, Verdelago Resort is being dubbed “the only five-star nature resort to be built on the coast of the Eastern Algarve”. 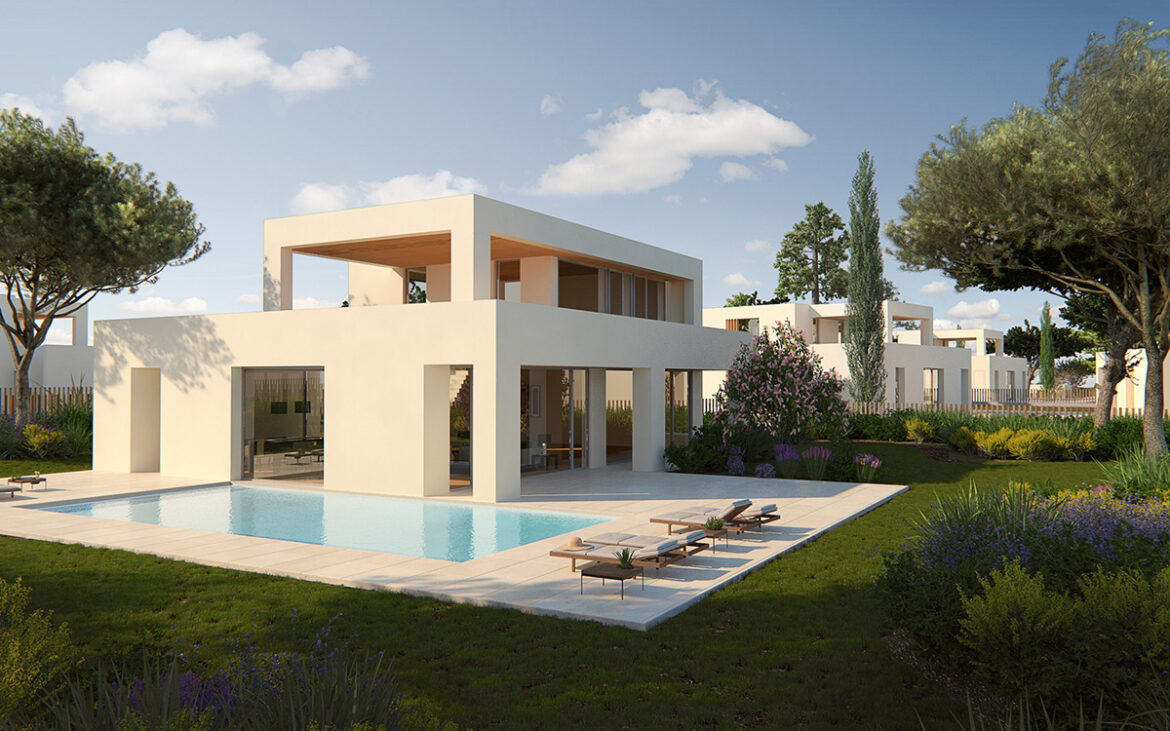 The project has abandoned plans to build a golf course, having replaced it with a “Green and Leisure Park”, which developers say will become a natural sanctuary for 110 local species from frogs, toads and butterflies to kingfishers, ducks, hoopoes and white storks.

The resort will also include a 197-room five-star hotel, over 340 residential tourism units, a lake, a sports complex, walking and cycling trails, and a “centre for environmental protection”, and will be built in an 85-hectare area with a “low construction density” of 8.7%.

Verdelago Resort is being developed in phases and is, according to the developer (Verdelago – Sociedade Imobiliária, S.A), the “largest investment ever made in this area of the Algarve”. It is also expected to create around 600 “direct and permanent jobs”. 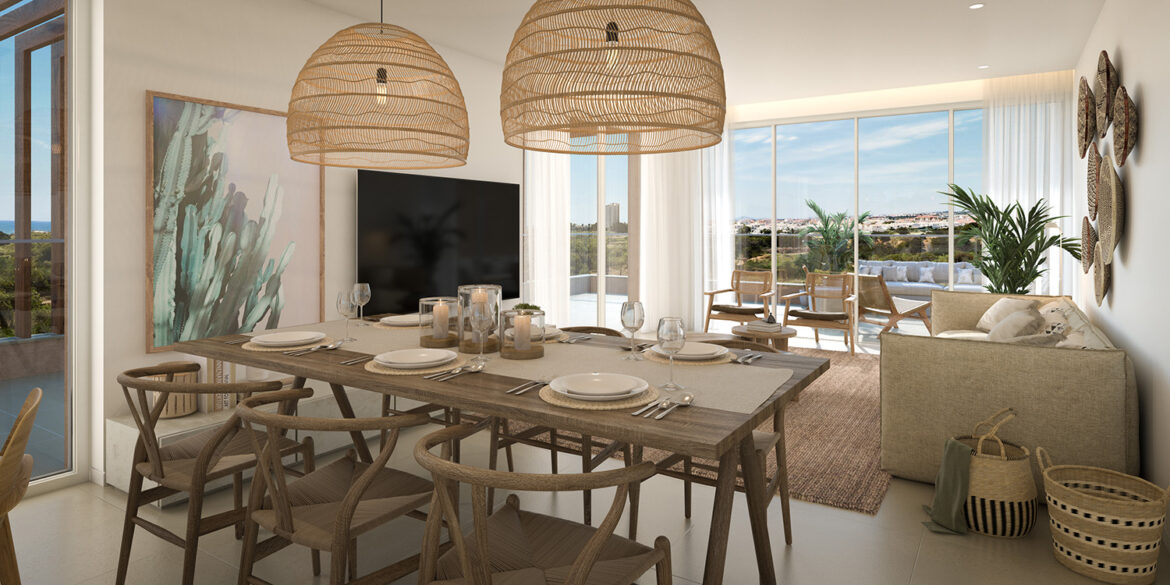 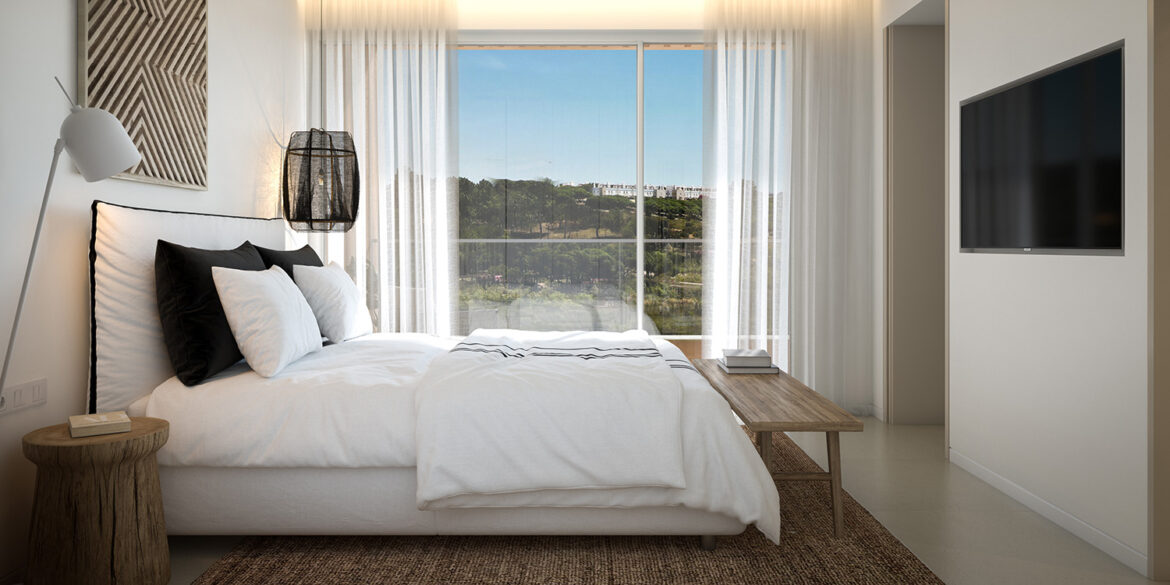 Construction of the first phase started last year and is due to be completed in 2022. It will include 102 residential units, 57 of which are expected to be ready by next summer. These include 24 one-, two- and three-bedroom apartments, 26 townhouses and seven villas. The remaining 45 units are expected to be completed shortly after. Prices start at €450,000 for the apartments, €670,000 for the townhouses and €1.5 million for villas. A date for the opening of the hotel and the remaining facilities has not yet been revealed.

The 197-room hotel will feature a gym, restaurants, spa and “all the services and amenities associated with well-being, health and quality of life”, the developer says. 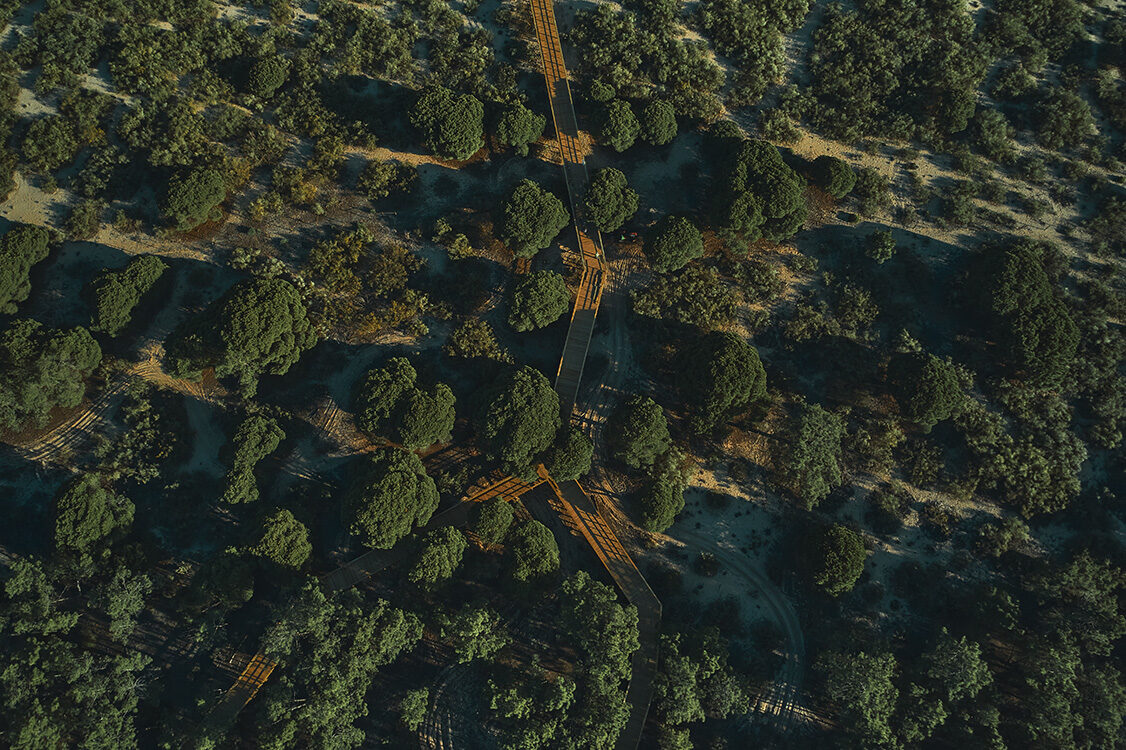 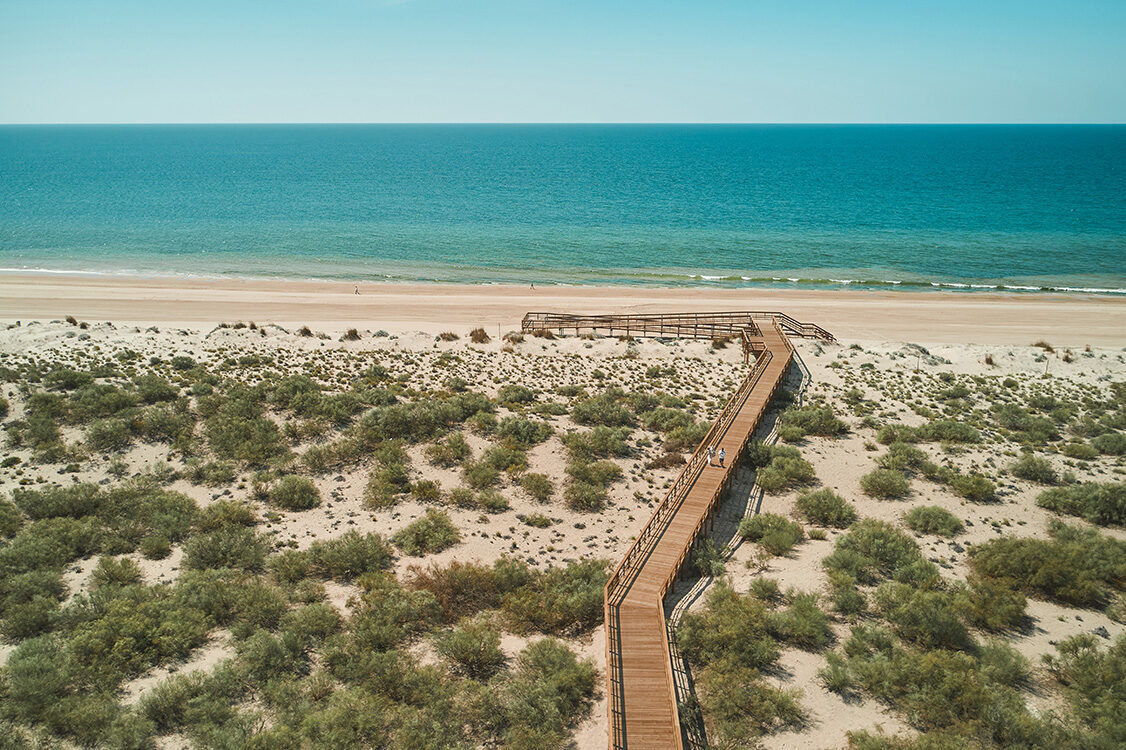 Also planned is a centre for environmental protection and conservation, designed to promote the “protection of the area’s ecosystem and biodiversity”, as well as a 37-hectare green park, a two-hectare lake located in the heart of the park and several pedestrian and cycling paths.

The project also features a sports complex consisting of four paddle tennis courts, two tennis courts, and a large area for sports activities, a village club where the resort’s main services will be based, three swimming pools, a kids’ club, and a concierge service.

Miguel Saraiva from Atelier Saraiva + Associados, the architecture firm in charge of the project, says the resort is located in a “unique area of the Algarve, boasting a pristine white sand beach which is one of the jewels of the Algarve and, despite having one of the warmest waters along the whole coast, remains an exclusive location in a well-preserved area”. 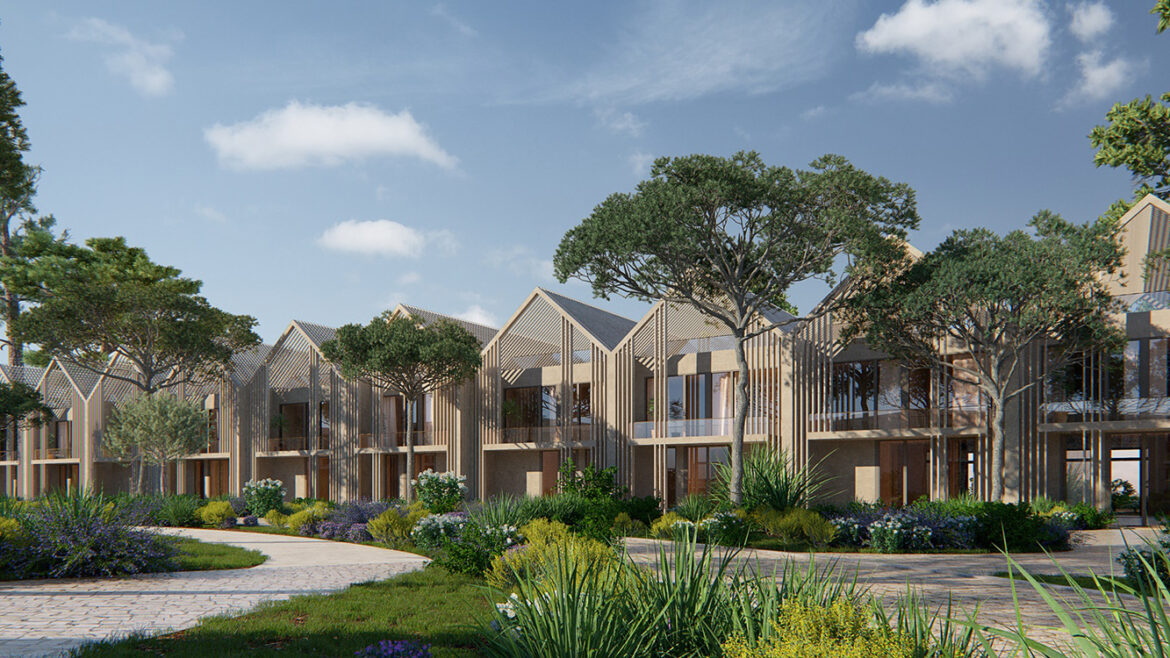 As he explains, the goal is to keep the resort fully-immersed in nature. “The golf course has been eliminated, we placed bigger emphasis on recreational areas (pools and green areas), we reduced the hotel’s density and integrated it completely in the surrounding landscape,” he said.

Meanwhile, the resort’s general manager Paulo Monteiro has highlighted the hundreds of jobs that will be created and stressed that Verdelago “is the only five-star nature resort in the Eastern Algarve with a low construction density that is located near the sea and is completely integrated in the surrounding natural landscape”.

“Verdelago is an extraordinary project on an international level. It is part of a new generation of resorts that respond positively in terms of social, economic and environmental sustainability,” he said. “We are not insisting on the topic of sustainability because it is appealing, but because we respect it. Nature as a new luxury is truly a reality in the lives of people, as proved in several economic sectors such as tourism and real estate. This is frankly an area that has not been explored very much. Demand is higher than the offer, and the luxury options are practically inexistent.”

According to the developer, Verdelago Resort is also the “first tourist resort in the country” to have committed to the Green Globe certification — described as one of the most demanding international certification programmes for sustainable tourism — from its construction phase.

The resort will be managed by Blue & Green, which manages several five-star resorts and hotels in Portugal including Quinta das Lágrimas in Coimbra, Marriott Praia d’El Rey and WestCliffs Resort in Óbidos, and Vilalara Thalassa Resort in Porches (Algarve).