An appetite for outdoor cooking

Zoomarine: 30 years of fun and joy

Zoomarine: 30 years of fun and joy 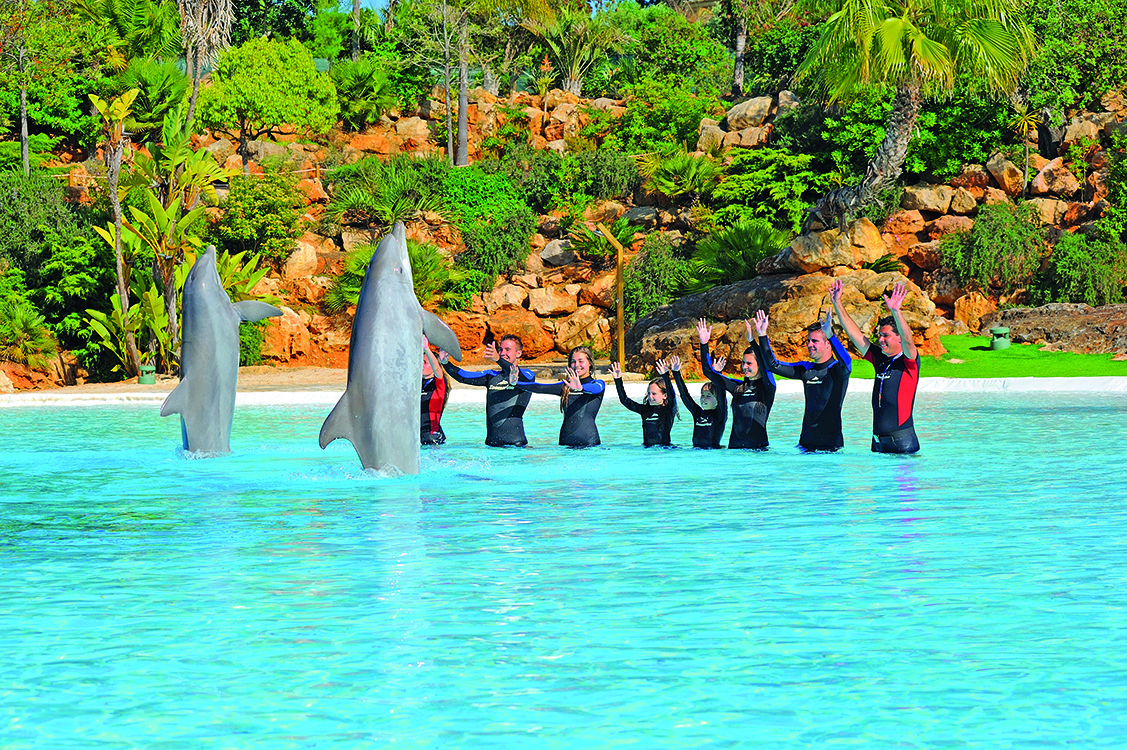 As Zoomarine celebrates its 30th anniversary, Essential spoke with CEO Pedro Lavia about the park’s evolution, the challenges of the pandemic and the future

A “dream that thankfully became true”. This is how the Argentinian entrepreneur Pedro Lavia describes his Zoomarine, started in 1991 in Albufeira, which he founded and still manages at 80 years old. 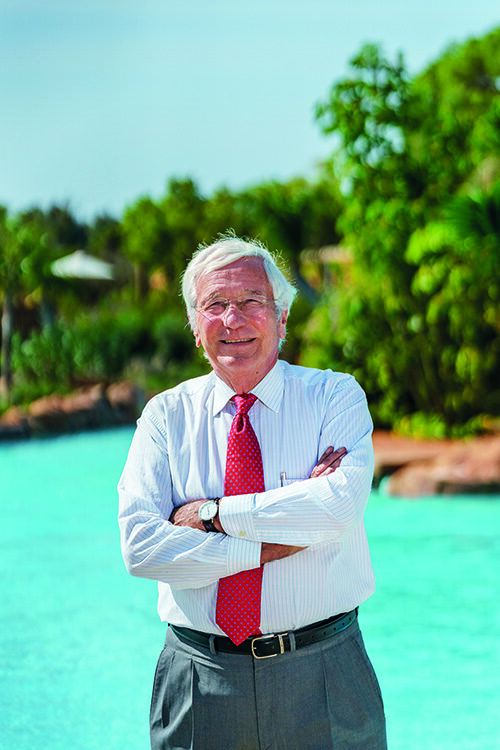 The CEO does not hide his pride as he looks at every piece of a place that, when it first emerged, “only had seven hectares, including parking, the macaw stadium, the dolphinarium and sea lion area”. Today, the park alone has over 24 hectares, plus another nine for expansion. And the evolution never stops from year to year. “Our way of operating means we work with two- or three-year projects,” explains Pedro Lavia. In 2021, as Zoomarine celebrates its 30th birthday, the park reopened in May, unveiling to visitors a new area where children take centre stage: Fantasy Island, with water slides for the little ones and a seating area for parents to keep an eye on them. Visitors can still enjoy the wave pool at Zoomarine Beach or the Coconut River, one of the longest lazy rivers in Europe, running for over 400 metres. For the more adventurous, Jurassic River and Harakiri (a 12-metre high, four-lane slide) promise to get your heart racing. 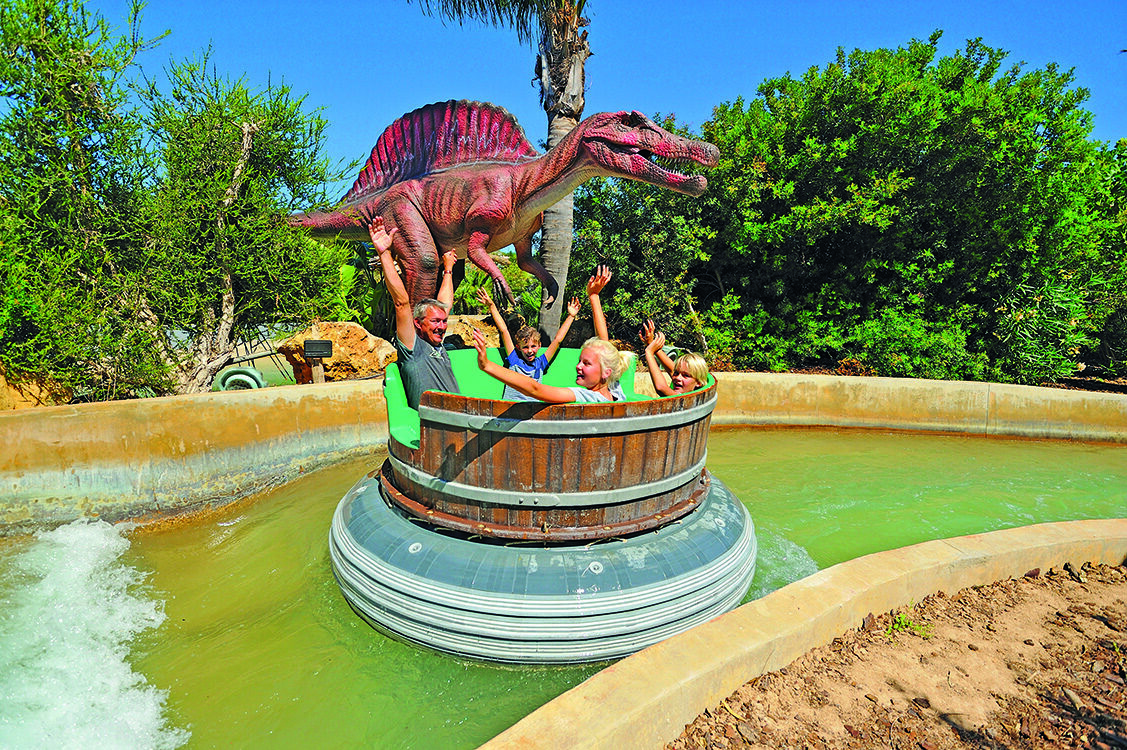 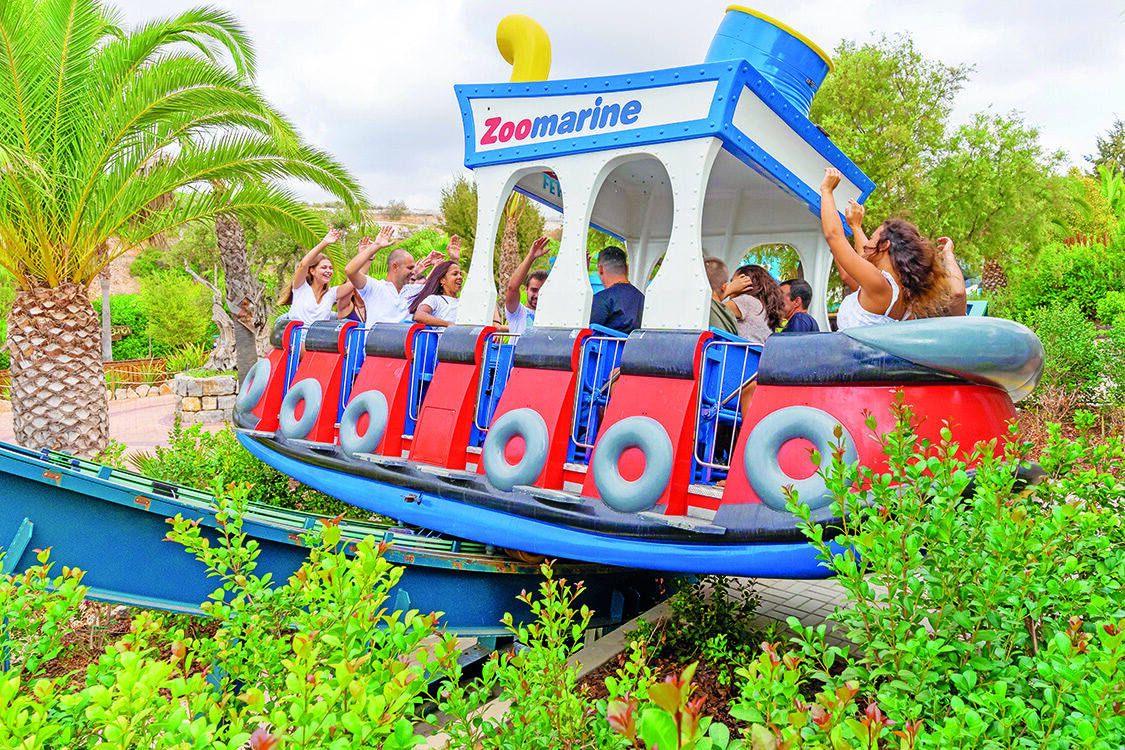 Customers are an active factor in the development of new attractions and amenities. According to the founder, all improvements go through a process of collecting the opinions of visitors, through various questionnaires. “We have grown a lot with those who visit us, and we always want to welcome them as best we can.”

But any new feature ended up being halted, however, by something that Pedro Lavia categorises as “completely unexpected and tragic”: the COVID-19 pandemic. “It was very sad, seeing so many people all over the world losing their lives, their jobs, their previous normality”, laments the CEO, who nevertheless praises the way Zoomarine dealt with the whole situation: “In March 2020, when we had to close, we never stopped paying salaries. We didn’t dismiss a single person and we used the mechanisms that the government made available to us, such as the layoff system.” 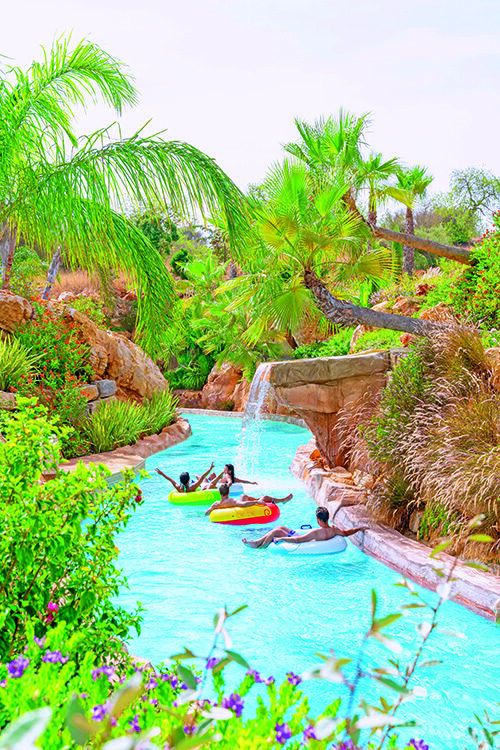 As Pedro Lavia points out, although the park was closed, the animals were still there. “Trainers, vets, biologists, they have to work all year round, because the animals need food, the pools require care, the park needs maintenance. Pandemic or not, there are employees that always have to be working to preserve the lives we have here.” To ensure just that, the managers had “the teams working in ‘mirrors’, separated by groups, so they wouldn’t run into each other”. The park also implemented measures such as temperature checks upon entry, disinfection of all areas and frequent sanitising. “Non-essential staff was working from home,” explains Pedro Lavia.

The impact, however, has not been limited to the operation of the indoor areas, as the CEO points to a big drop in visitors. “In 2019 we had 650,000 entries, coming off of a five-year growth, and in 2020 they were only around 150,000. They weren’t even enough to cover the costs, we lost a lot of money, we even had to renegotiate some obligations with the banks, to cope with all this,” he states. 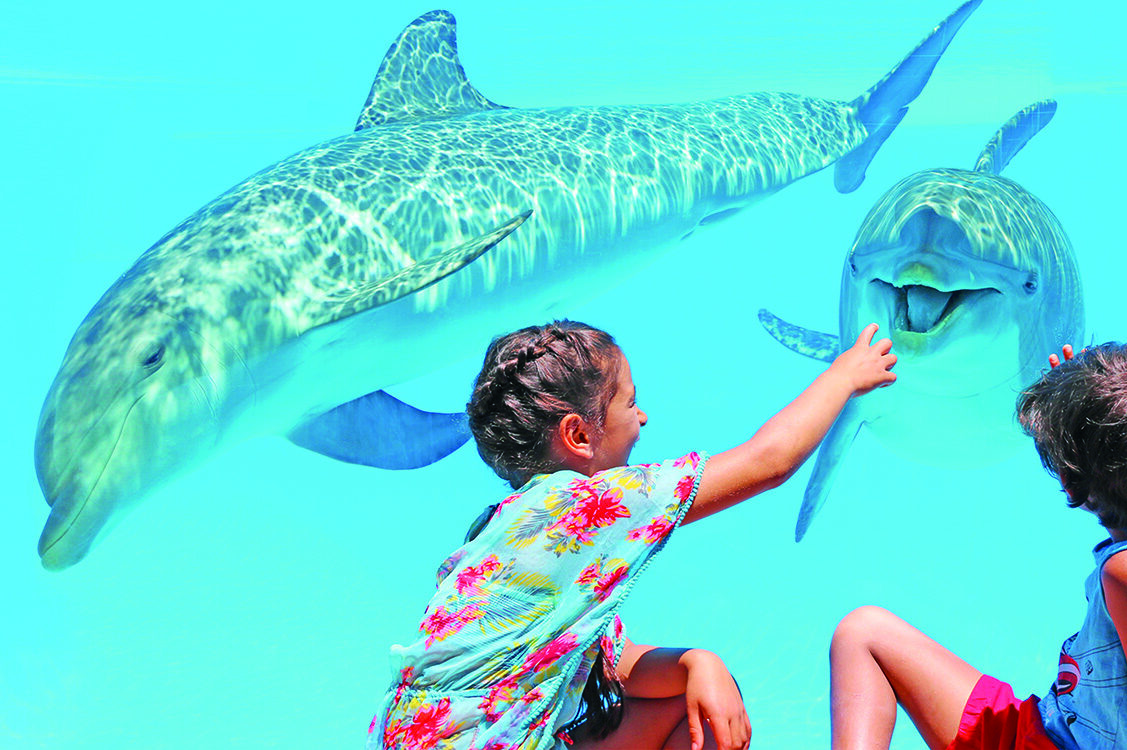 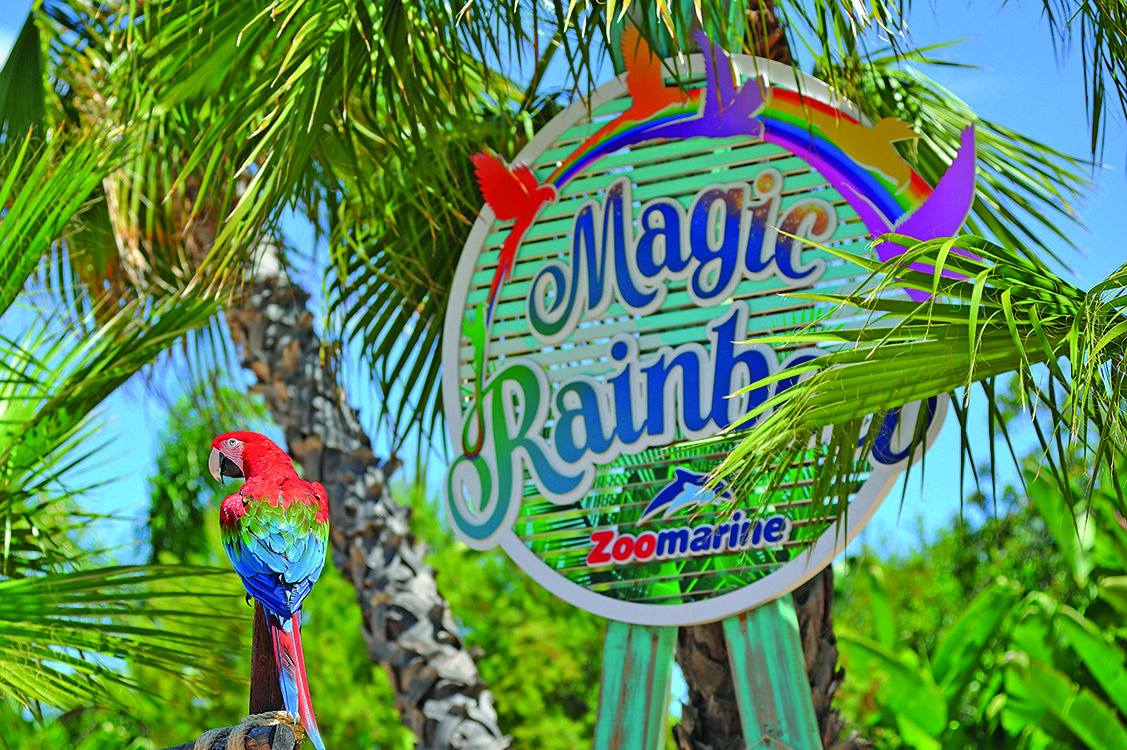 Recovery will be slow, with Lavia estimating a return to pre-pandemic levels only “in two or three years”, but 2021 is a starting point: “For this year we have budgeted for around 300,000 visitors. We know that it isn’t just up to us, there is a great crisis in which many people have lost their jobs, but we also know that everyone is missing moments of fun,” says the hopeful CEO. “We sell joy and fun, and everyone needs that!”, he stresses. And those visiting the park this year can count on “all the safety and social distancing measures, thanks to the limitation on the number of tickets sold daily”. In the future, “if all goes well”, the park is looking to “expand on the water rides, [add] a new macaw show, and a completely new area that, for now, will remain secret”, explains

Pedro Lavia, who also highlights that the park is working on “replacing all combustion vehicles with electric ones, including the buses”, as well as continuing to pursue educational intervention projects in schools and the return of the Green Mountain initiative, “which has already planted more than 10,000 trees throughout the Algarve” and will, as of October, continue to colour the region green, this time on the grounds of the University of the Algarve. 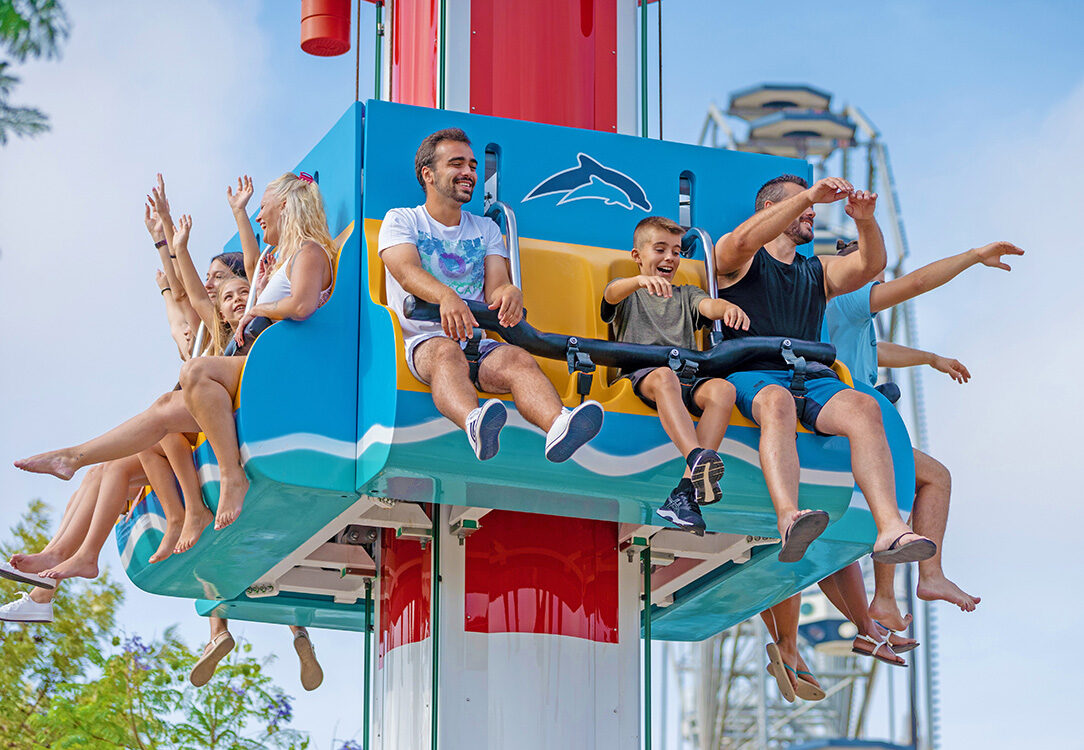 All this to contribute “to the development of a paradisiacal Algarve that has evolved a great deal”, where Pedro Lavia, who already considers himself “a true Marafado”, landed in 1988, in hopes of having a park that would be a pride for Portugal and a benchmark for tourism. “And I think we’ve done just that.”