How Riluc has transformed meta..

Casa Palmela is a home away from home

A chic Cervejaria at Tivoli Av..

Casa Palmela is a home away from home 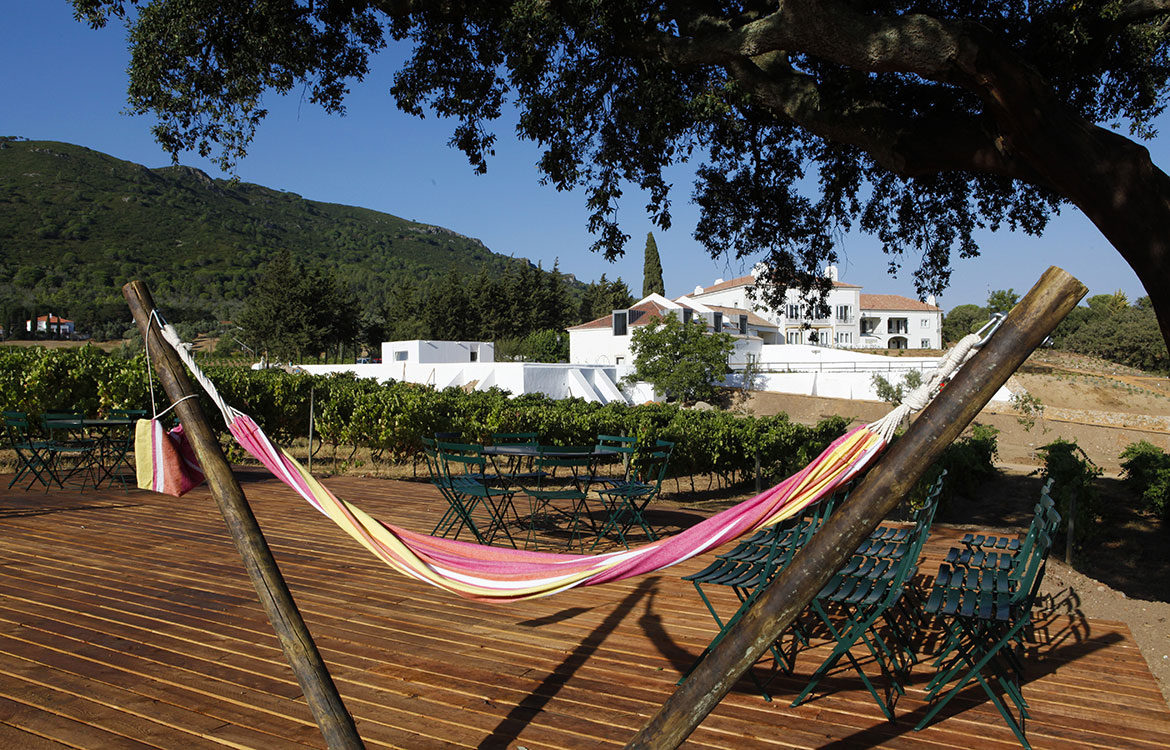 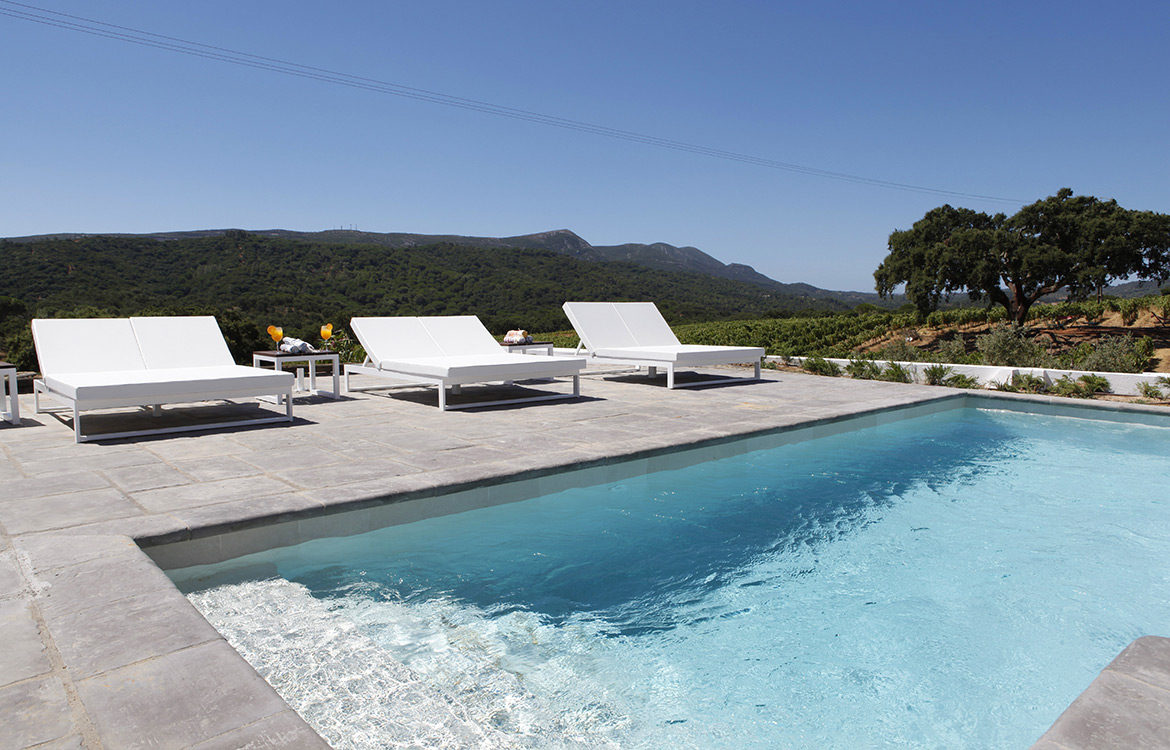 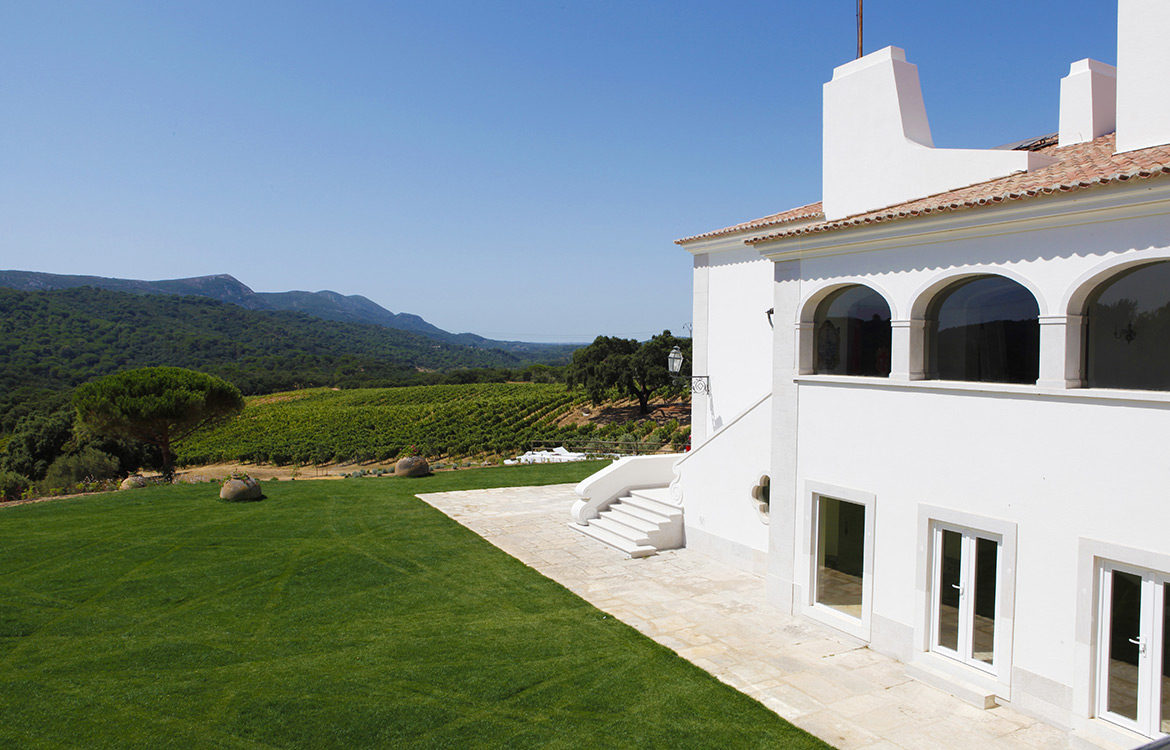 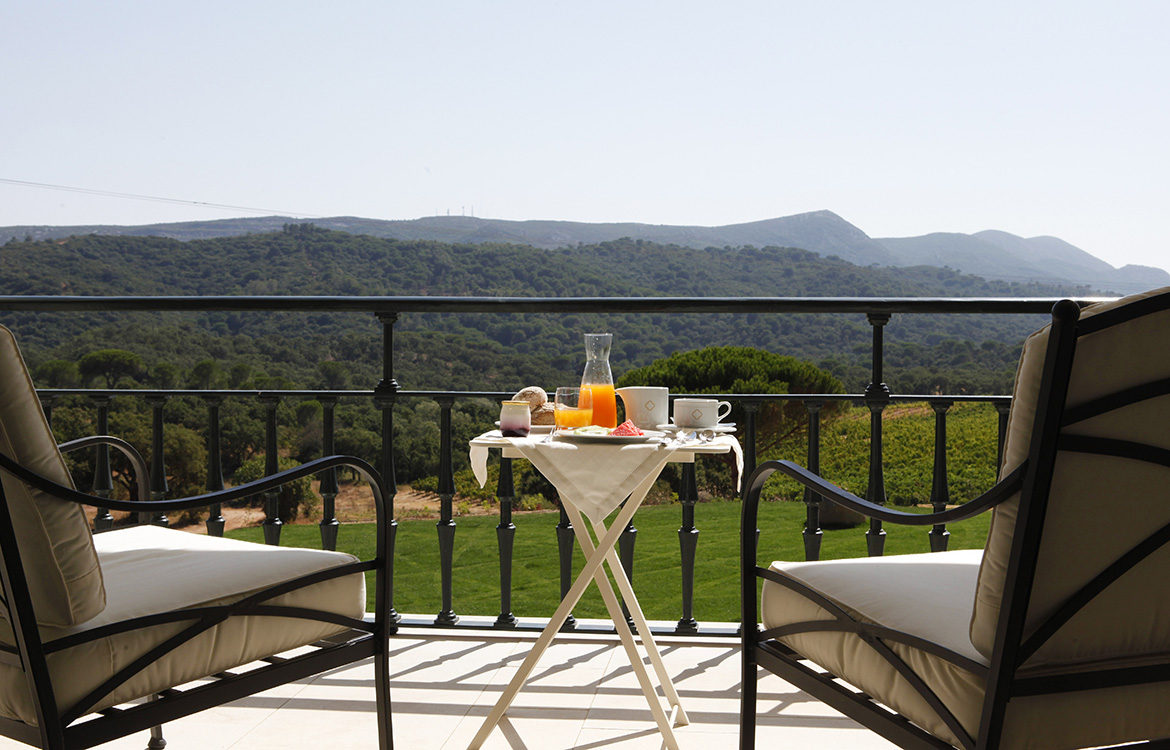 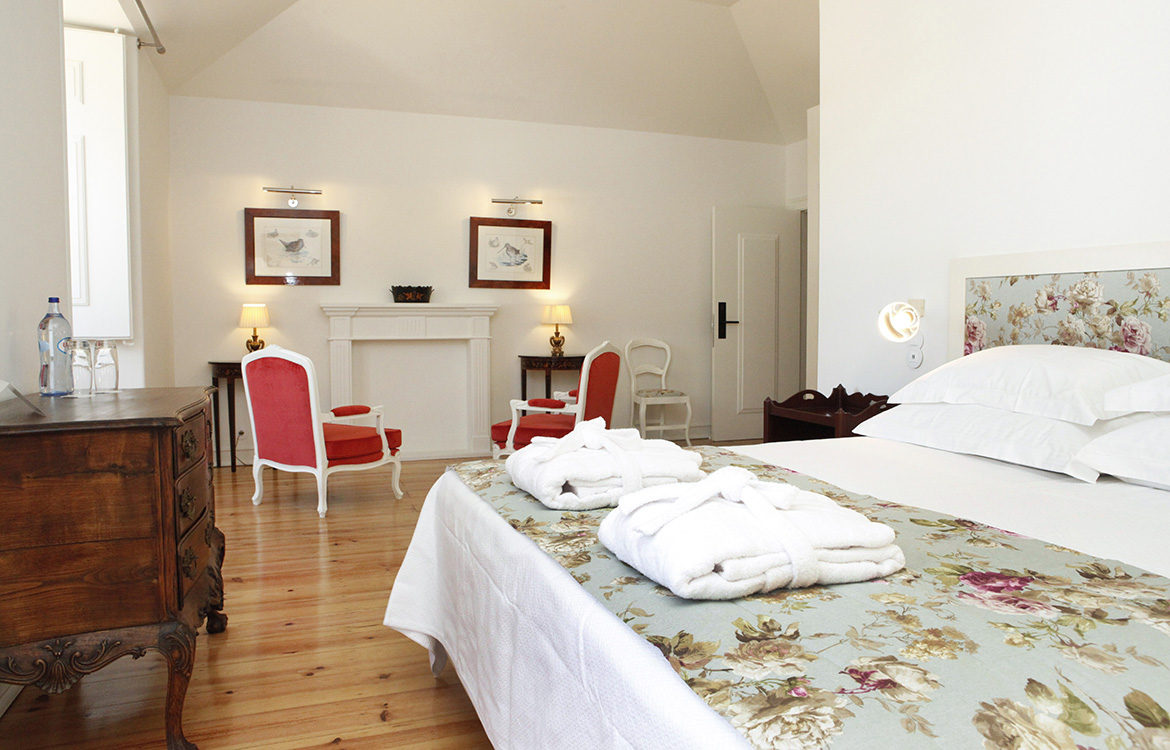 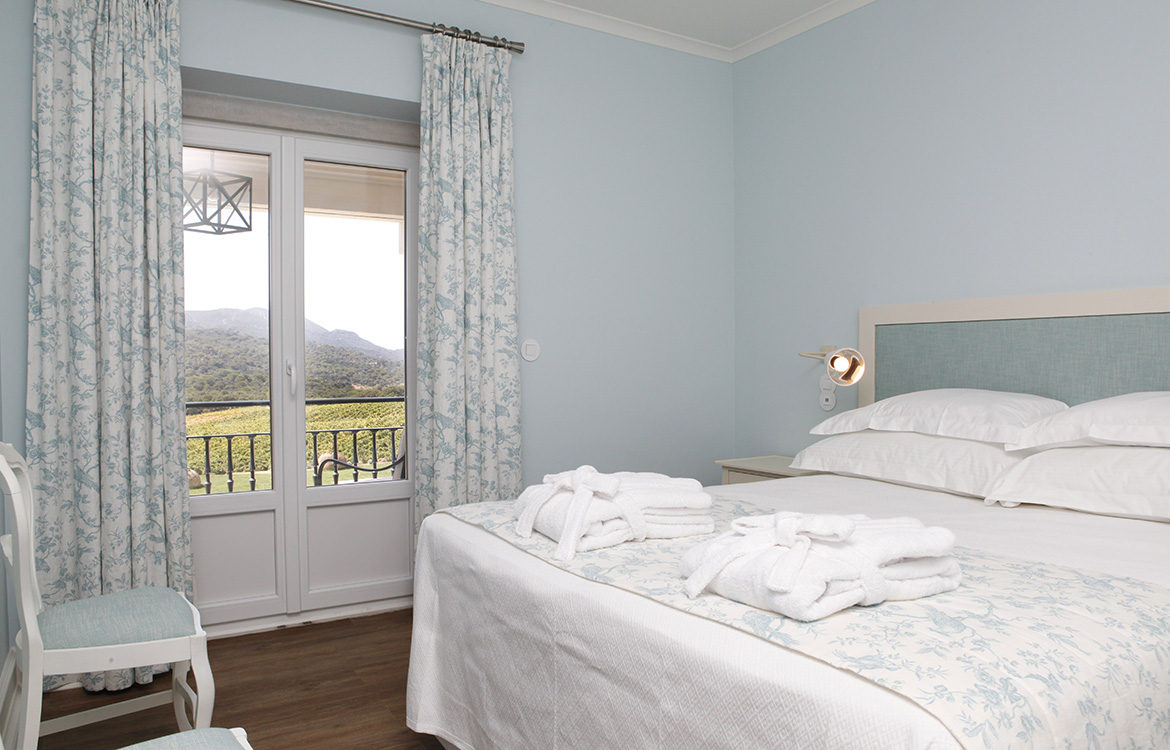 In the Arrábida mountains, one hotel was and still is a home, in both name and philosophy

One of the most interesting things about Lisbon from a tourist’s point of view, besides its own beauty, is how close it is to places that are rich in stunning landscapes and historical interest that deserve to be discovered. To the south, less than an hour away by car, the Arrábida mountain range is one of those unique locations, which is well worth discovering in all its magnitude by visitors and locals alike, despite the short distance from the capital. Set in a natural park of rare beauty, it runs along the coastline between the town of Sesimbra and the city of Setúbal.

The preserved landscape and wildlife, the stunning Atlantic views, the most beautiful beaches in Portugal, the gastronomic offering, especially the wines, cheeses and sweets which have brought fame to the region since time immemorial, and the historical and cultural heritage garnered over the course of centuries are more than enough reasons to visit, ideally for a few days. Despite its virtues, the region has never been well served by accommodation, particularly at the high end. Only recently was the first 5-star hotel inaugurated, Hotel Casa Palmela, located at the far end of the park, right by the EN10 national road between Azeitão and Setúbal.

The hotel, which opened its doors in autumn last year, results from the recovery of an old 17th century manor house, property of Casa Palmela. Part of Quinta do Esteval, which covers an area of more than 70 hectares, the Baroque-designed building was conceived as a manor house, with the dignity fitting of the proprietors but with the sobriety and functionality typical of a country house. It was even a hospital during the French invasions in the early 19th century, and was later recovered in the 1970s, having been inhabited by the noble Sousa Holstein family until recently.

The building lies right by the national road, but set back with peace and quiet ensured by a vast area of vineyards. Behind it is a breathtaking view over the mountains as the backdrop. It features 20 rooms, each one different and split into nine types, as one would expect from a hotel with these features. Furnished discreetly yet tastefully, and in keeping with its identity, the interior features various pieces inherited from the previous residents, which emphasises the family spirit that the new incarnation wants to preserve, as the resident director (and also member of the family) Salvador Holstein explained.

A compulsive traveller with experience in luxury hotels, in which he worked outside of Portugal, Salvador notes that closeness and a genuinely personalised treatment are key factors of this hotel that he says is indeed special. “We want people to enjoy a house with history, in an exceptional location in terms of natural beauty, to enjoy the surroundings but always feel at home from the moment they step through the door. Above all, we want those who stay here to come back and recommend us for leaving here content.” Salvador, who oversees the everyday running of the hotel, is the host and more often than not serves as a guide. He answers every type of question about the history of the house with ease, and tells delicious stories about its past.

In a region with no shortage of attractions, Hotel Casa Palmela takes pride in offering experiences that can go from a simple bicycle or horse ride to wine tastings, for which the area is renowned, fishing and coastal hikes, which invariably follow the concept of personalisation. “For that, we work with partners that share our pursuit for excellence and who understand that quality service is essential for the long-term sustainability of the region’s tourism.” The restaurant follows the same philosophy of closeness. With space for just 48 people, it gives priority to food with traditional roots, upgraded and preferably locally sourced, similar to what happens with the wine list.

A project of the Once Upon a House group, which owns the Boutique Hotel Alecrim ao Chiado and the Alfama Yellow House apartments in Lisbon, in May, Hotel Casa Palmela will inaugurate Spot, a mixture of shop and meeting point, where visitors can purchase typical products of the Setúbal peninsula, take part in events organised by the hotel, such as show-cookings, or simply enjoy a good glass of wine, with the magnificent scenery of the Arrábida mountains as the backdrop.