Reasons to Buy Property in Por..

In a fruitful land known for its agriculture and cattle, an estate steeped in history produces wines of noble character

Every winery has a story. Many tell beautiful tales of families who decided to express the best of their terroir through wine. But few have a story that goes back as many generations, and with such regal descent, as Casa Cadaval. This magnificent 5,400-hectare property in the heart of the Ribatejo is a world of its own, both in size and history.

Located in Muge, 80 kilometres north of Lisbon, on the left bank of the Tagus, the estate is divided between forest, irrigated crops, vine, Lusitano horse breeding and cattle. The 45 hectares of vine are made up of national and international varieties, including Riesling, Pinot Noir and Cabernet Sauvignon. The vast property, with fields that stretch for miles and its own dam, is also a bird sanctuary where one can observe ducks, ibises, egrets, flamingos, several types of birds of prey, and many other species.

Rice production was once its most prominent activity; however, the large rice factory was deactivated in 1975, giving way to a growing focus on wine production. Although modern technology has been brought in, much of the old and reliable equipment is still in use in the ancient winery, such as the wooden hand presses.

Casa Cadaval has been an institution in the region for hundreds of years. It has belonged to the Álvares Pereira de Mello family for almost four centuries and has been managed by women for the last five generations. Strong women who have made their mark on the property. 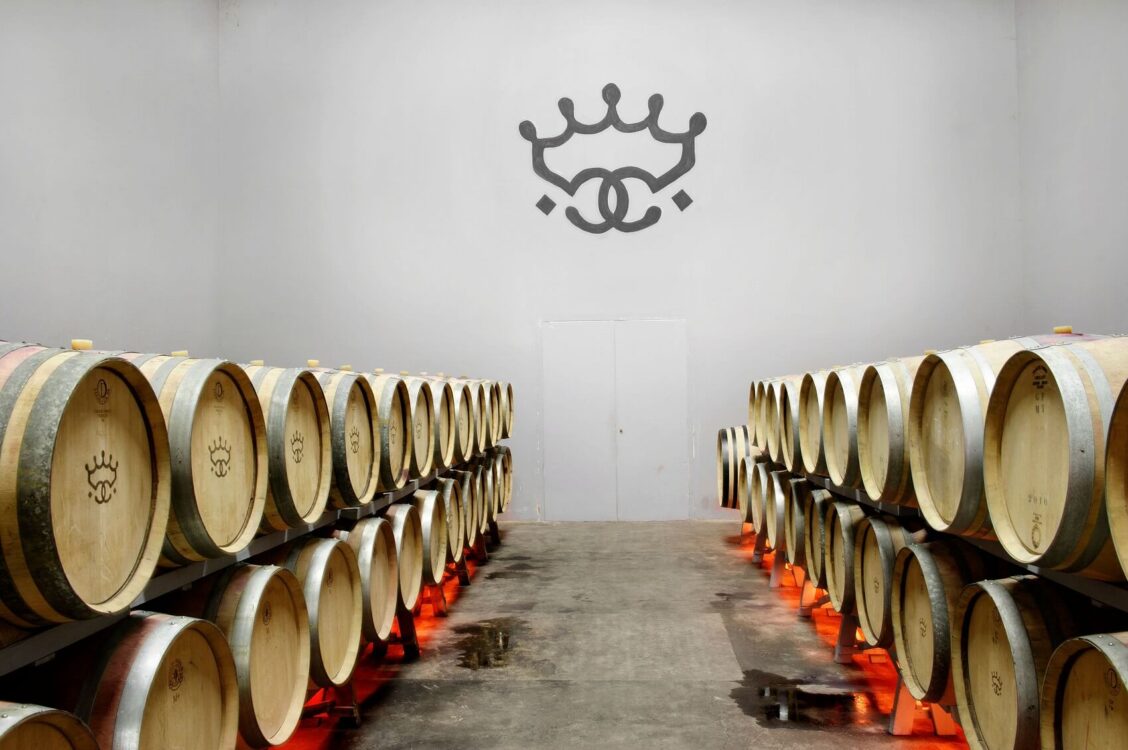 The late Marchioness of Cadaval, Olga Maria Nicolis di Robilant, was one of them. Descendant of an aristocratic Italian family, she was a nurse during World War I, when she met António Caetano Álvares Pereira de Melo, the Marquis of Cadaval. They married in Venice in 1926 and three years later came to Portugal. When her husband died, 10 years later, in 1939, the Marchioness sought collaborators to help her take care of the estate. That is how a French technician became one of the first winemakers at Casa Cadaval and influenced its choice of grape varieties.

Today, it is her granddaughter, Teresa Schönborn-Wiesentheid, the Countess of Schönborn and Wiesentheid (daughter of Graziela Álvares Pereira de Melo and German Count Karl von Schönborn), who is at the helm of the operation. The tall and affable countess is a true country-lady. Running the farm, now with the help of her nephew Johannes, and surrounded by her Jack Russells and Lusitano horses, this is where her heart lies.

The Palace, where the countess lives, just across the road from the winery and farm buildings, was once inhabited by Queen Eleanor, third wife of King Manuel I of Portugal, who lived here until 1530. Only later, in 1648, did the property, which belonged to the family of the Counts of Odemira, come under the domain of Casa Cadaval, when Dona Maria de Faro, Countess of Odemira, married D. Nuno Álvares Pereira de Melo, 5th Count of Tentúgal, 4th Marquess of Ferreira and the 1st Duke of Cadaval.

Open to visitors, this regal yet very down-to-earth estate offers numerous activities for small and larger groups, from wine tasting, winery visits and trailer tours around the farm, to equestrian demonstrations, birdwatching and team-building activities. It is also the ideal location for a romantic wedding, as one of the winery buildings has been transformed into a banquet hall. The wine tastings are organised next to the shop, in a welcoming sitting room with large sofas and a fireplace, and a view onto a riding arena where the equestrian demonstrations take place. 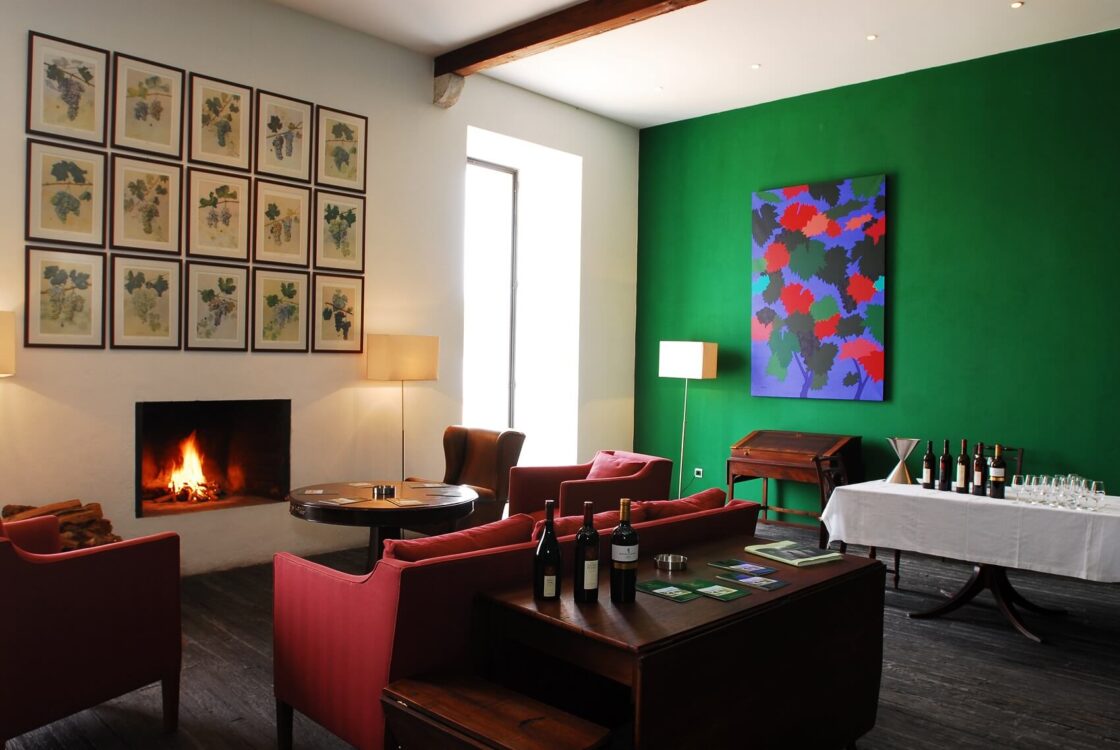 Although the wine tradition at the estate in Muge dates back to Roman times, it is only recently that the property’s story has intertwined with winemaking. It was Teresa’s father, Count Karl Schönborn-Wiesentheid, a winegrower in the Rhine region, that made Casa Cadaval a pioneer in wine-growing practices, such as the separation of varieties into properly identified parcels, something that was still uncommon in his time.

The Casa de Cadaval wine was initially sold in bulk, then eventually bottled in the 1990s. Then its emblematic Padre Pedro wine was launched. A tribute to a priest who once made wine on the estate, this entry-level wine has already been considered the “Best wine under $10” by The New York Times. 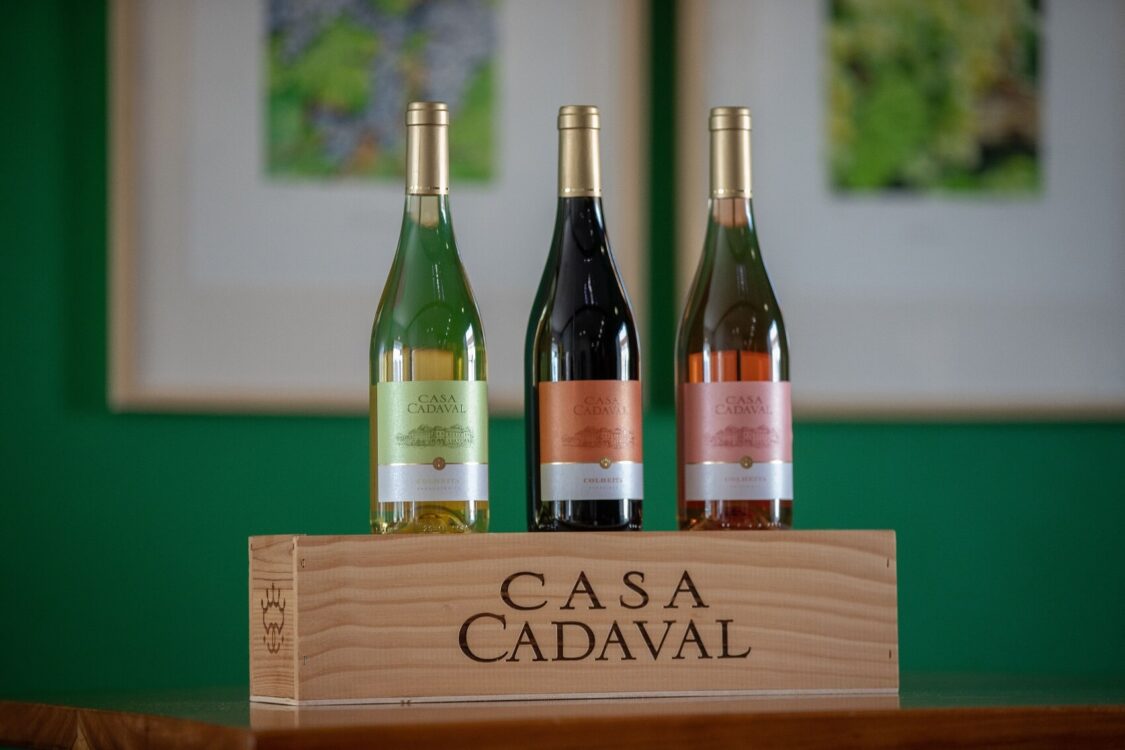 French varieties such as Cabernet Sauvignon and Pinot Noir were planted in the middle of the last century, and the jewel of the vineyard, the Trincadeira Preta. These 80-year-old vines are used to produce a varietal wine that reveals the unique identity of Casa Cadaval and its terroir, a silky red wine with spicy aromas of dry leaves, balsamic and cedar.

“It’s rare in the Ribatejo, on the sands, to have such old vines,” remarks Tiago Correia, the young winemaker who has just recently joined the team. He explains that this vine does not need watering because it was planted by hand at great depth, “so it reaches the natural soil water”.

The vineyards are inserted in an area where, in ancient times, there was a delta of the Tagus estuary. The presence of this body of water, with the coming and going of the tides, provided soils with the marine minerals that today influence the Casa Cadaval wines, giving them a freshness, elegance and minerality, which reveal themselves after a few years in the cellar.

There are 16 grape varieties in the vineyard, used to make red, white and rosé wines. Mostly blends, but a few varietals too. The emblematic Trincadeira Preta stands out, as well as the Pinot Noir, an elegant wine with delicious notes of blackberry, cherry and cassis, with some spice, and the delicate Riesling with notes of peach. 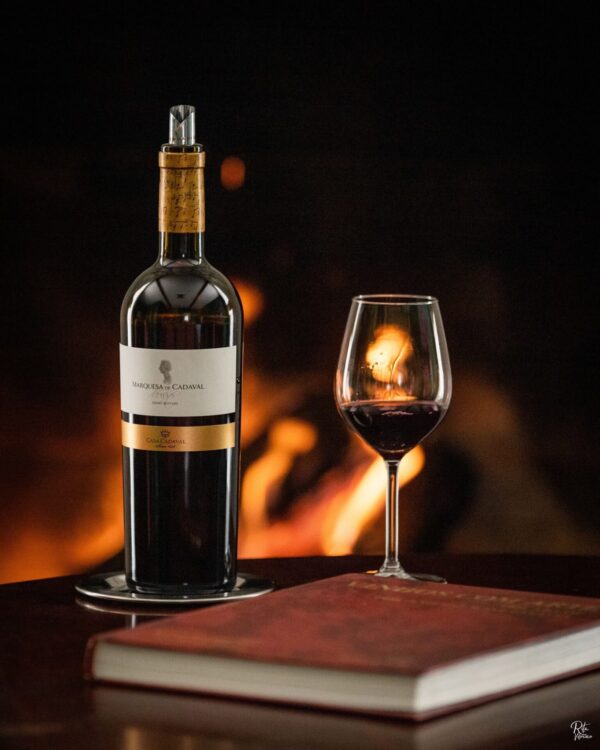 With its golden capsule featuring musical notes and a bust of Olga de Cadaval on the label, the Marquesa de Cadaval red and white, the winery’s top-level wines, are a homage to the countess’ grandmother. On top of her many accomplishments, the Marchioness was a great music lover and patron, which is why the concert hall in Sintra, close to where she had another home, is named after her.

With exuberant aromas, the white Marquesa de Cadaval has notes of white fruits and spices that merge in unique elegance. The red, a blend of Touriga Nacional, Trincadeira and Alicante Bouschet from old vines, has aromas of ripe black fruit with floral notes of violets and hints of fresh spice. Long and elegant, it is an opulent and luxurious red, perfectly polished in tannins, with a lot of depth and class, which is what one would expect from the Marchioness. 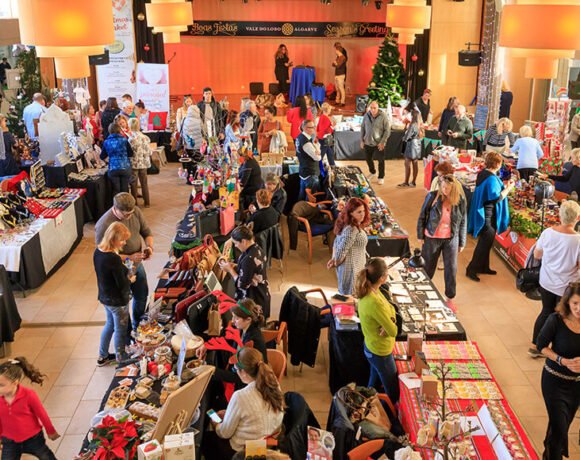 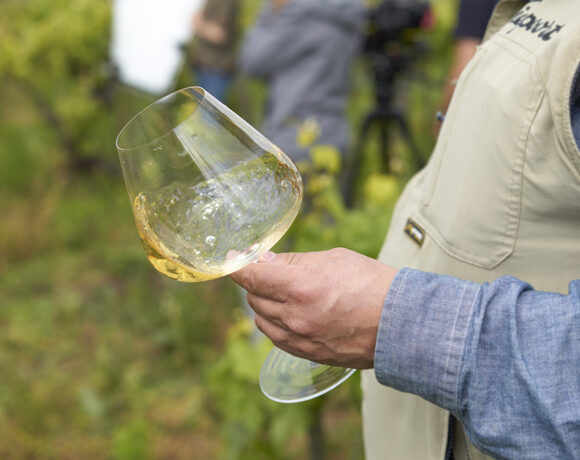 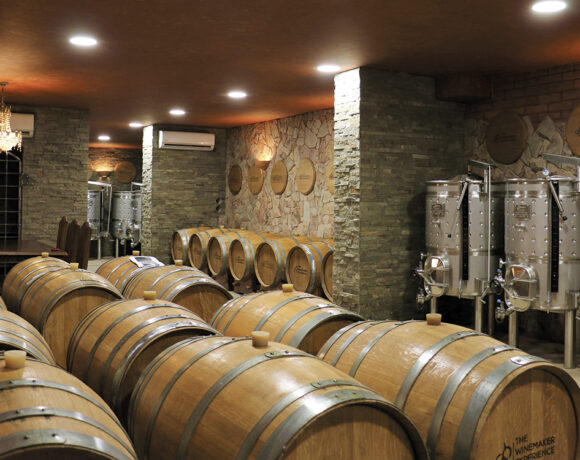