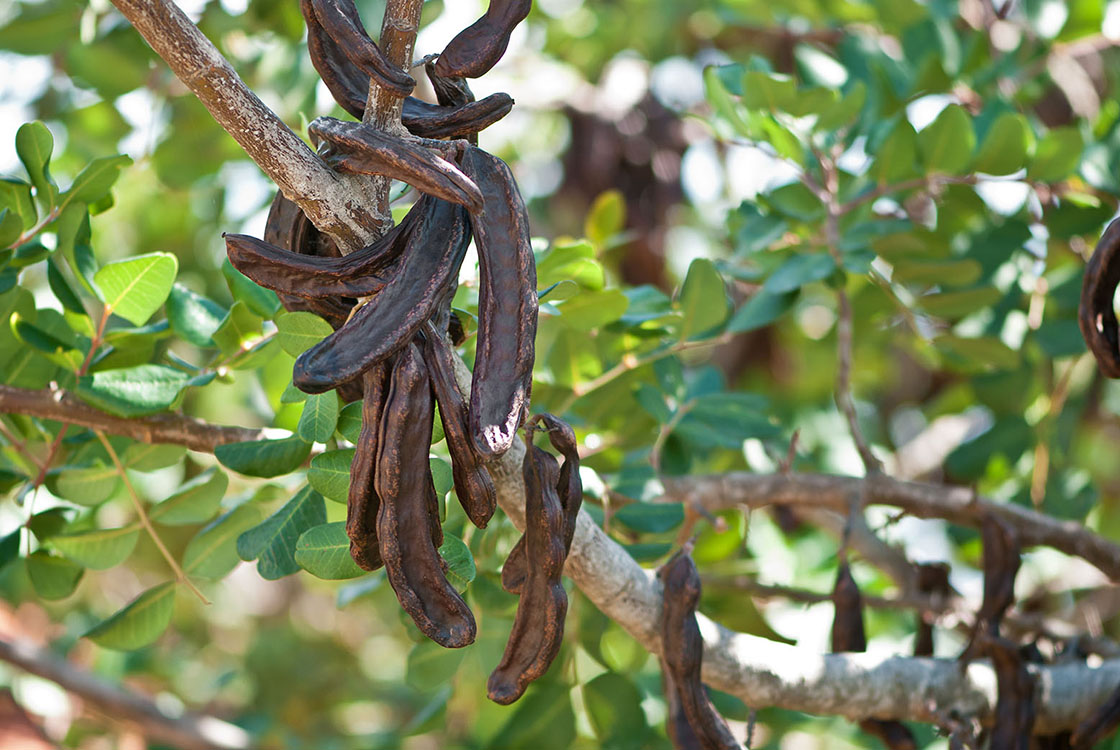 Increasingly popular, carobs make for the perfect substitute for chocolate

In the Algarve and lower Alentejo region, carob trees are an all too familiar sight. Unfamiliar to many, this tree thrives in only a few areas of the planet. However, its fruit — the pod which in Portuguese is called alfarroba — has become increasingly popular. Known as the Algarve’s “dark gold”, its name comes from the Arab word kharr b (meaning “locust bean pod”), with the tree brought to Portugal during the Moorish occupation. While this evergreen tree is slow to grow, it can reach up to 15 to 20 metres tall. It is also extremely resilient in droughts and its lifespan can range from two to three centuries. The Algarve is home to four varieties: mulata (the most common), de burro, canela and galhosa. Between August and October, workingmen are often found in the fields swatting the tree branches so the fruit will fall to the ground and then later be collected by hand.

But why has the carob won over so many hearts in recent times, to the point where Portugal has become one of its three biggest producers in the world? This misshaped pod is rich in calcium, fibre and protein, but above all, it has the best of both worlds: a sweet taste with high sugar content but low caloric content. It is not surprising that the carob has turned into a popular substitute for chocolate as a sweetener in a vast array of confectionary treats and drinks. While they can be eaten raw, the pods and beans can also be ground into a type of flour, which is recently known for being a healthy and gluten-free alternative to chocolate. Carob dust contains magnesium, iron, phosphorus, potassium, barium, copper, nickel and vitamins A, B, B2, B3 and D. 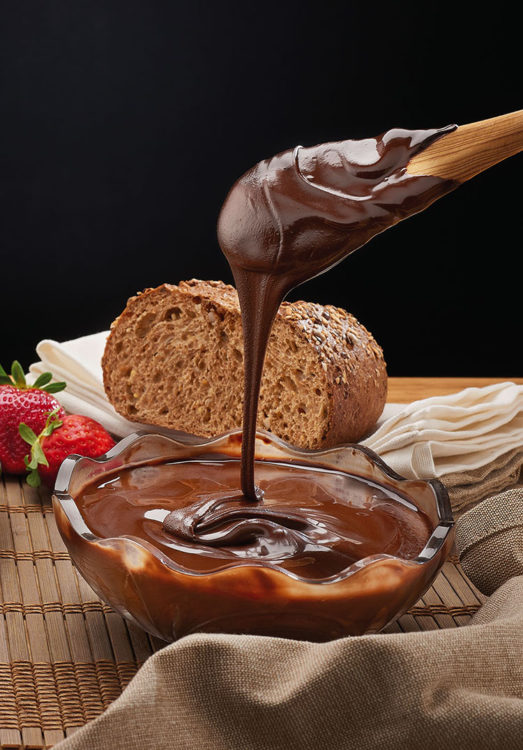 One fascinating fact associated with carob seeds comes from their uniformity in size and weight, which led the Romans to use them as a measurement standard for assessing the purity of gold. The same way we refer to pure gold as 24 carats, a Roman gold coin equalled the weight of 24 carob seeds. Today, they can be used to extract starch and are found in multiple industrial applications as thickeners, stabilisers and emulsifiers (in the food sector and in animal feed), but also in several industrial biological products, chemicals, in the pharmaceutical area (such as laxatives, capsules, toothpastes) and cosmetics. The University of the Algarve has even developed a study using a technology capable of converting sugar from the pulp into biofuel.

Despite its multiple possible uses, the most popular use for the carob in Portugal was as cattle feed. However, the potential of this Algarve staple did not go unnoticed by a Portuguese émigré, who, upon returning home, decided to invest on a local product. And so in April 2018, Carob World was born. The company has been winning over the Portuguese market with several gourmet products made from the beans, such as two savoury spreads and carob bars with almond or milk. 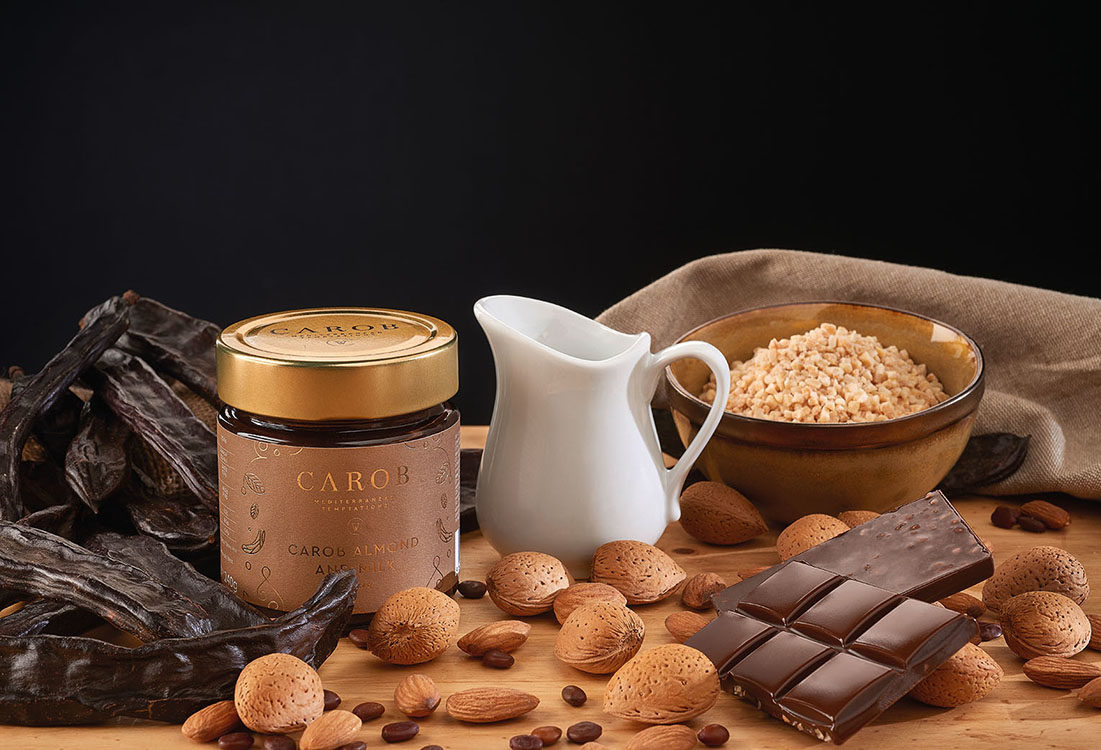 These products have surprised both the national and international markets for their intense flavours, which are very similar to chocolate but much lower in calories. For now, their goal is to introduce this ingredient to the world and globalise their products. “We want to export all over the world. At the fairs we participated in, we had to explain to everyone that our product is not made from chocolate [which] immediately caught people’s attention”, explains Ana Paula Appel, the brand’s marketing director. “The history of carob is fascinating, as well as its production process and the many health benefits. All this makes people curious and they want to try the product, which surprises them and they love the intense flavour,” she says. 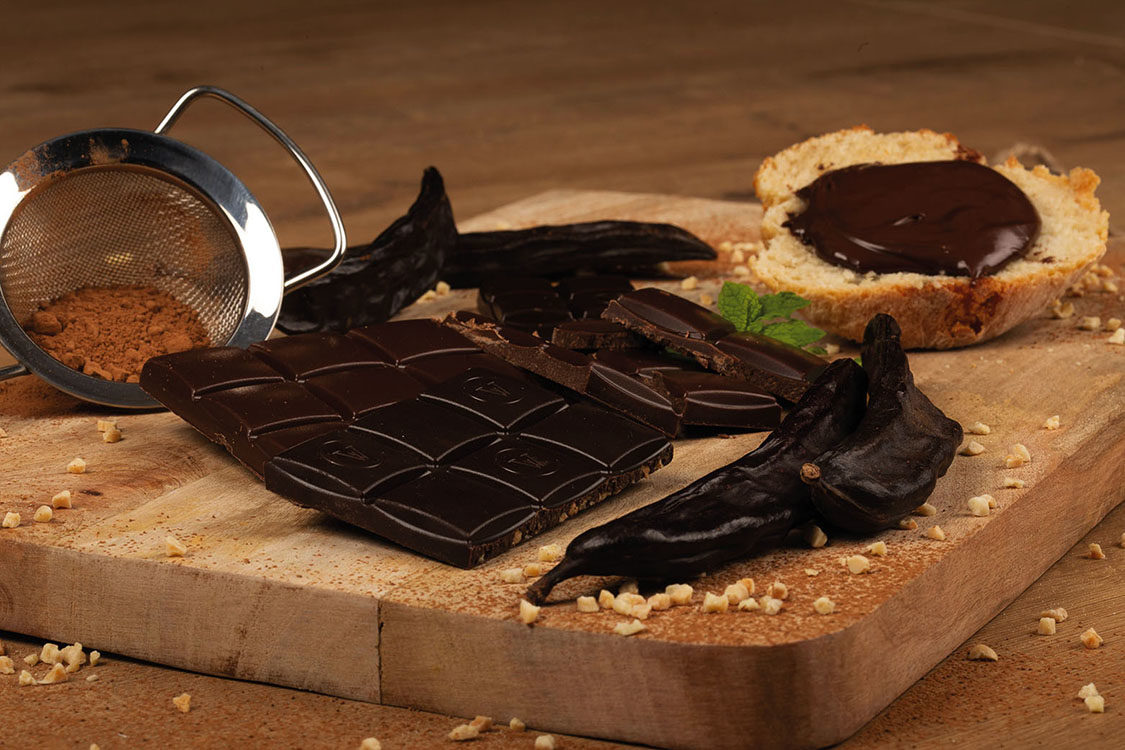 The Algarve people have always known how to best work with this product. In the region’s most traditional restaurants, it is very common for dessert menus to feature de- lights like the almond and carob tart, carob Swiss roll, delícia de alfarroba and a digestif (such as carob liqueur). Even at the beach, during summer, the popular bolas de Berlim (Portuguese donuts) sellers now have carob varieties. Additionally, most bakeries have carob bread, and there are even carob beers that have made it to the market. Dating back to immemorial times, this ingredient is more desirable than ever and has acquired a new gourmet status in Portuguese gastronomy.