Watch out for Portugal’s women.. 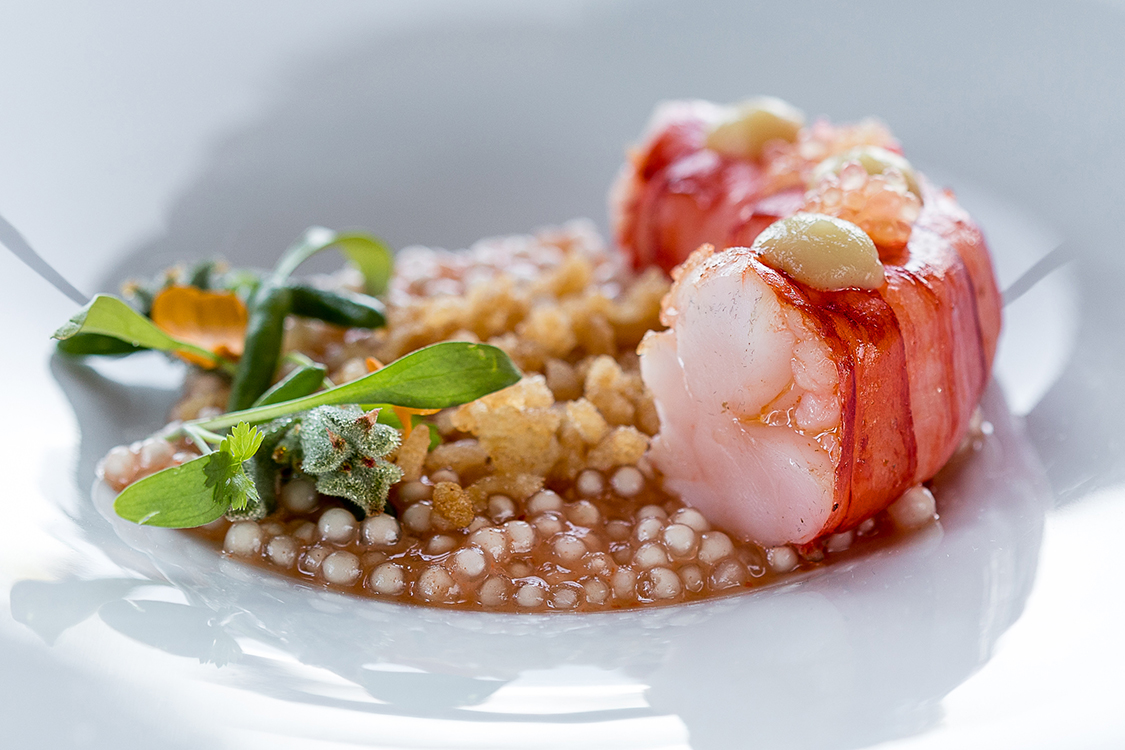 A new trend is turning golf clubs into foodie destinations. With the exquisite Vistas Rui Silvestre at one end, and the Palmares Clubhouse fine dining restaurant at the other, the Algarve is no exception

Unless a club sandwich is your idea of haute cuisine, golf club restaurants are not a reference when it comes to fine dining. However, there are an increasing number of exceptions to this rule, with top restaurants opening their doors in clubhouses all over the world.

Take the iconic Gleneagles for example, where, overlooking the 18th green, the Andrew Fairlie is the only restaurant in Scotland with two Michelin stars, or Addison, a fine dining restaurant located inside the Fairmont Grand Del Mar golf club, in the US, where chef William Bradley won San Diego’s first Michelin star in 2019.

These are just a couple of examples of Michelin chefs that have packed up their bags and left the big cities to set up shop (or rather, kitchen) in idyllic countryside locations. Golf clubs really are the perfect fit, as many of them are part of five-star resorts, naturally attracting a discerning clientele in search of quality experiences. 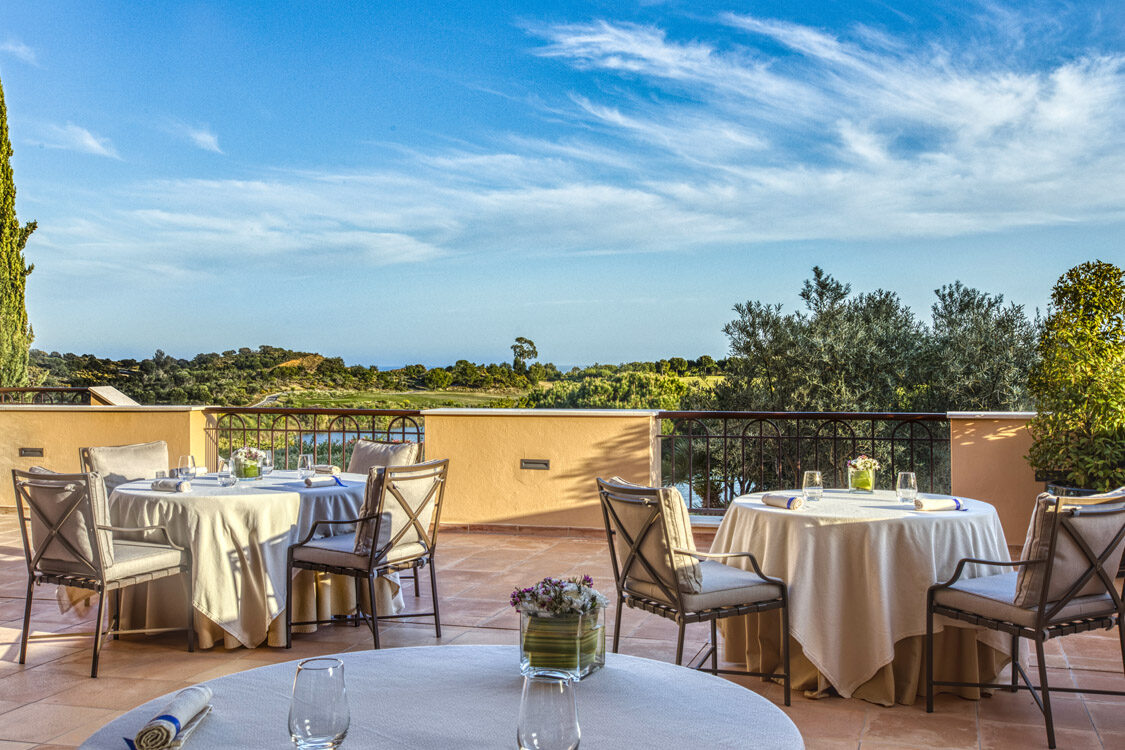 From now on, the 19th hole will no longer be defined by its club sandwich and Caesar salad, or the quality of its Pimm’s. This old-fashioned concept is making way for fine dining experiences, paired with top wines, selected by knowledgeable sommeliers, for foodies from all walks of life, and sports! They are becoming a destination in their own right.

The Algarve was quick to follow this trend. At opposite ends of the region, we find two exceptional clubhouses, where reputable chefs are making their mark with refined cuisine: chef Rui Silvestre, who heads the Vistas restaurant (one Michelin star) at the exclusive Monte Rei resort, and chef Louis Anjos, who is preparing the opening of the new Palmares Clubhouse’s fine dining restaurant.

Coincidently, both chefs spent three years at Michelin-starred restaurant Bon Bon, where Rui earned the star and handed over the baton to Louis, who maintained it until his departure last December. The Carvoeiro-based restaurant certainly seems to be an exceptional haute-cuisine school, developing the skills of such ambitious and remarkable chefs. In fact, these two chefs — neither of which is from the Algarve — have quite a bit in common. They both have the same voracious appetite for perfection and for pleasing their guests, as well as a passion for the region and its abundance of fresh local products. 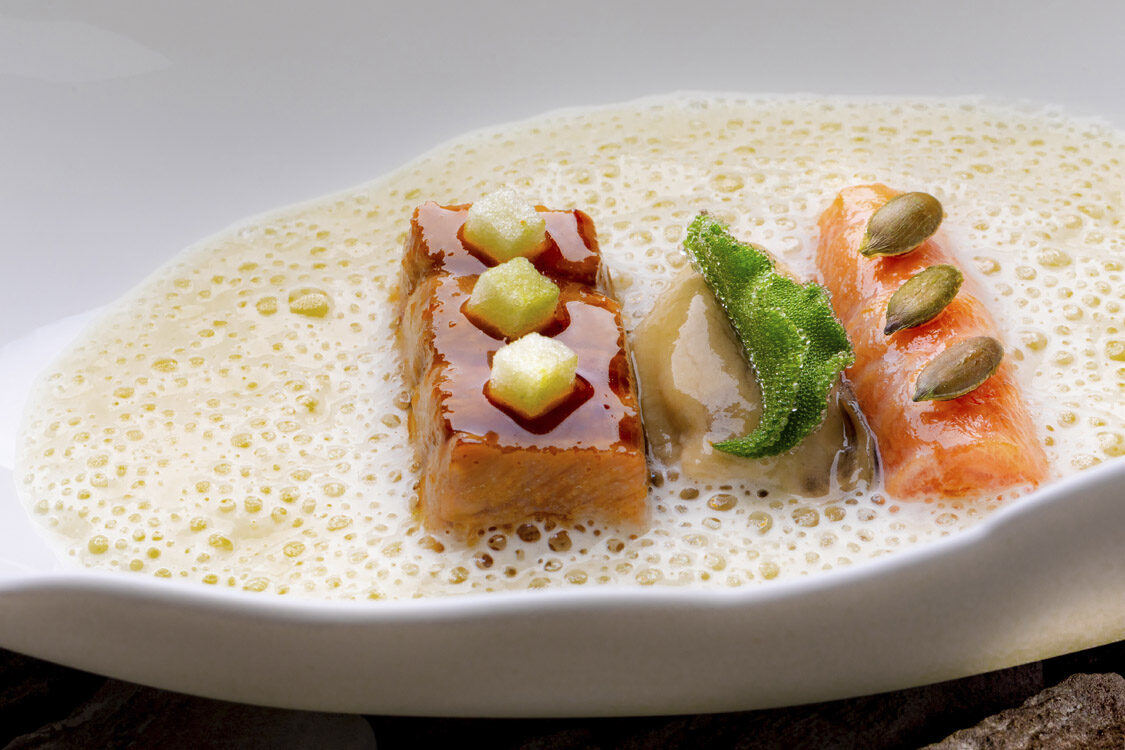 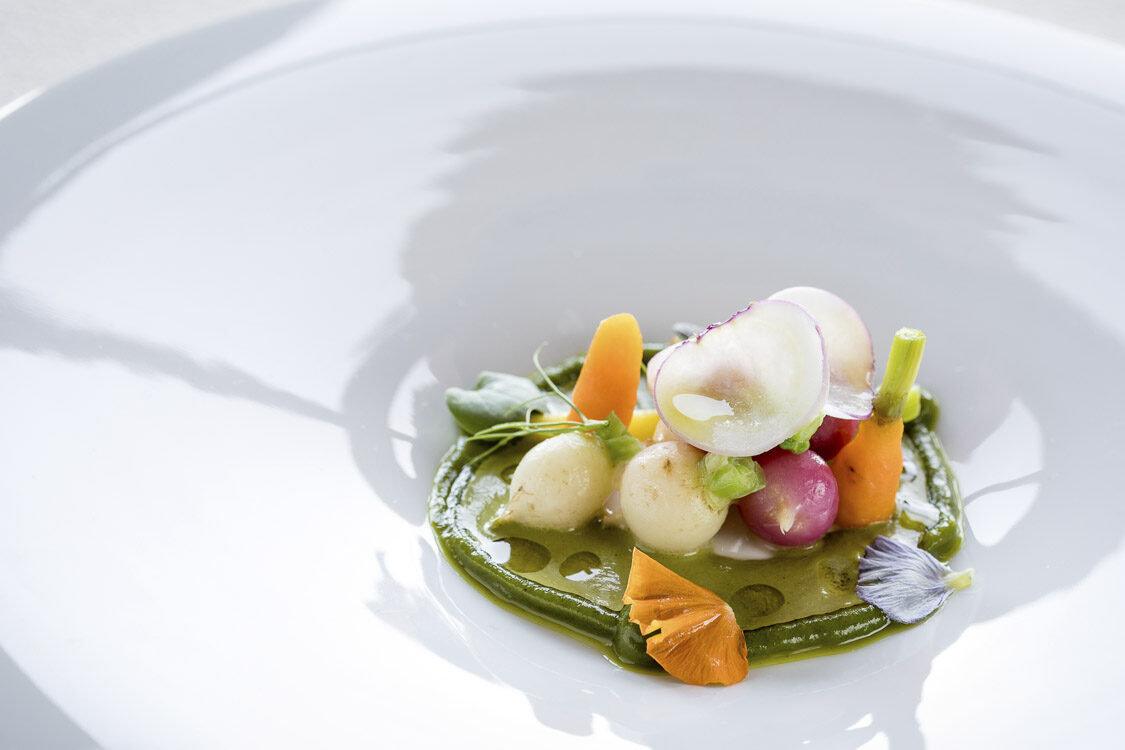 With chef Rui Silvestre’s arrival in the summer of 2018, Vistas earned and has maintained its Michelin star for three consecutive years, solidifying its reputation as “a must” on every foodie’s bucket list. The fact that it is located in a clubhouse does not seem to influence the chef in any way or form. “There has always been a desire for the restaurant to distinguish itself from the resort,” he insists, it is almost as if it functioned as a separate entity. However, you can take the golf course out of the clubhouse, but you can’t take the clubhouse out of the golf course. The restaurant’s elegant room, with its tremendous bay-window, and large romantic terrace overlook the magnificent Jack Nicklaus signature golf course. 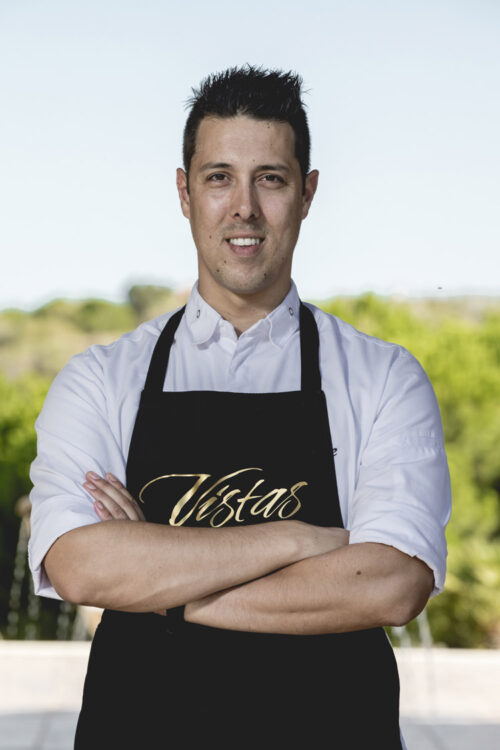 Somewhat off the beaten track, this oasis, as the chef describes it, certainly is a foodie destination people plan to go to in advance. Although most of its clientele is made up of Monte Rei’s international residents, this is changing. The chef believes, “the impact of the star is obvious, bringing customers from outside of the resort”. And it shows — despite the pandemic, the summer of 2020 was a success. “We had a good summer, with 70% of bookings”, says Salvador Lucena, general manager of the resort. 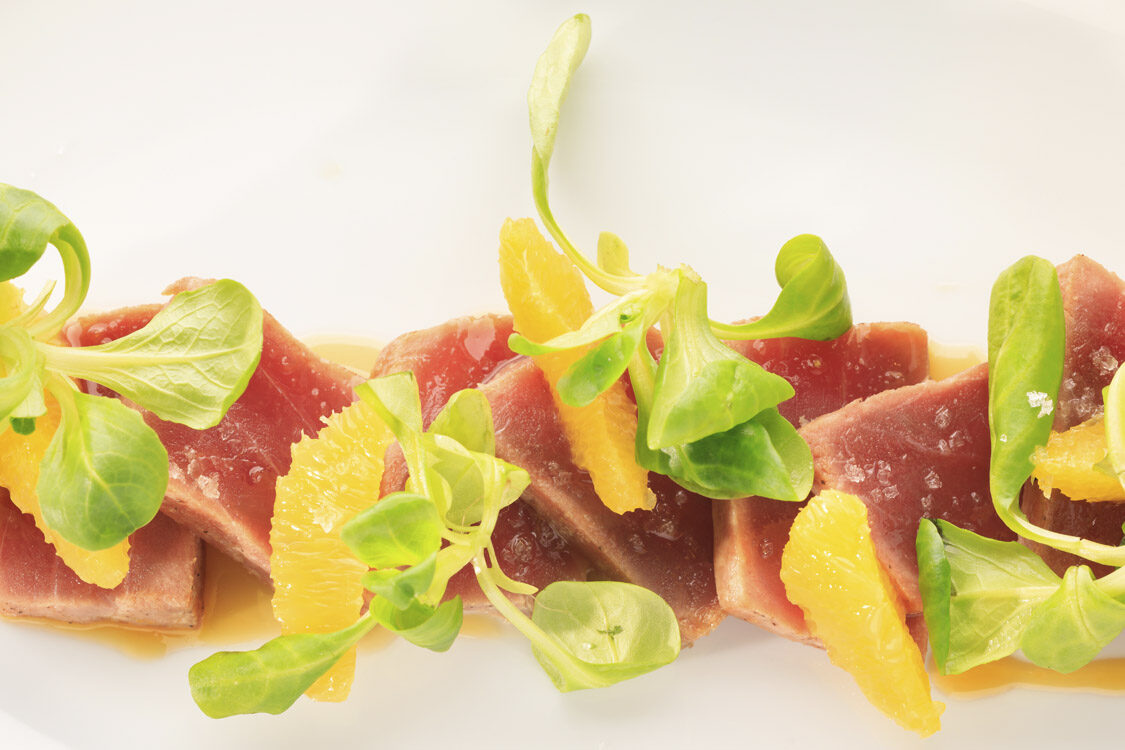 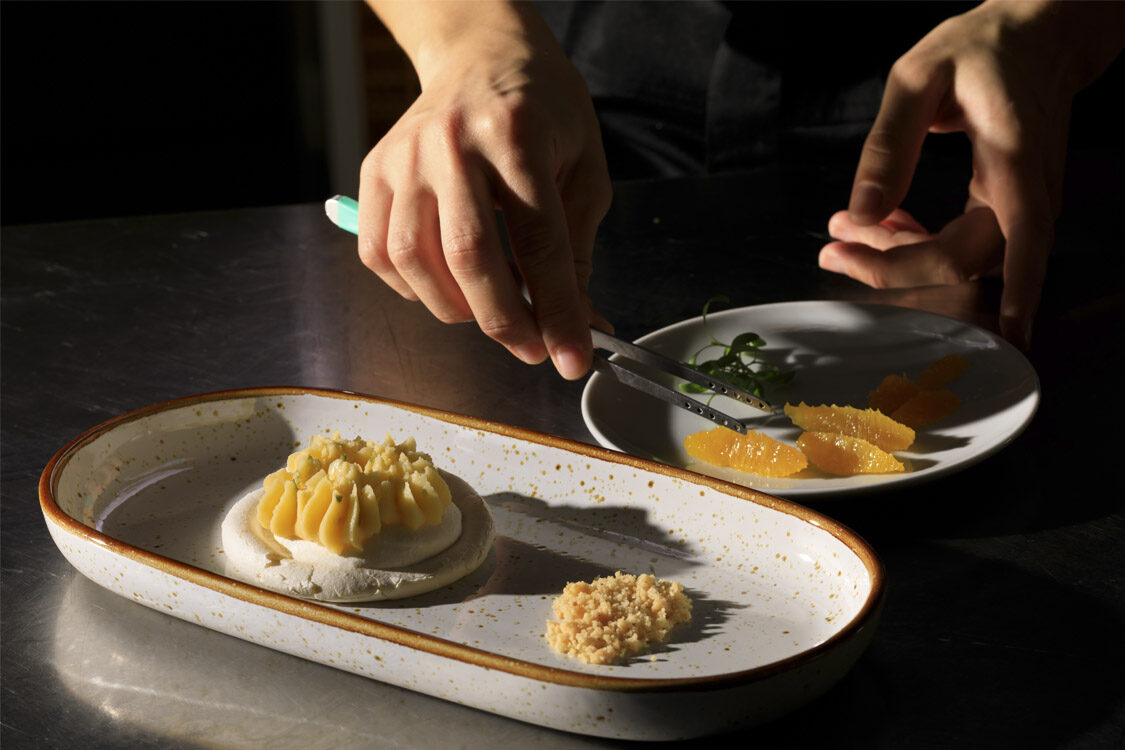 Attracting so many gourmets are the chef’s exceptional tasting menus, made with the freshest ingredients. “Around 98% of the menu comes from the sea,” says Silvestre, who makes a point of working with small local producers, ensuring the restaurant’s sustainability. Dishes such as “goose barnacles, seawater, cucumber juice and dill oil” or “Wasabi, roasted red mullet, onion compote, seared langoustine and harissa” may have simple names, but once skilfully manipulated by the chef, are revealed to be true works of art. Closed for the winter, Vistas Rui Silvestre is scheduled to reopen in early spring. As for the long-term future, the chef and his dream team are going to be shooting for the second star.

At almost the opposite end of the Algarve, the Palmares Ocean Living & Golf resort has a new star in the making. Louis Anjos maintained the star at Bon Bon, and with this new challenge he just might be on track to earn one for his fine-dining project at the new clubhouse, although he stresses that it is not a priority for them. 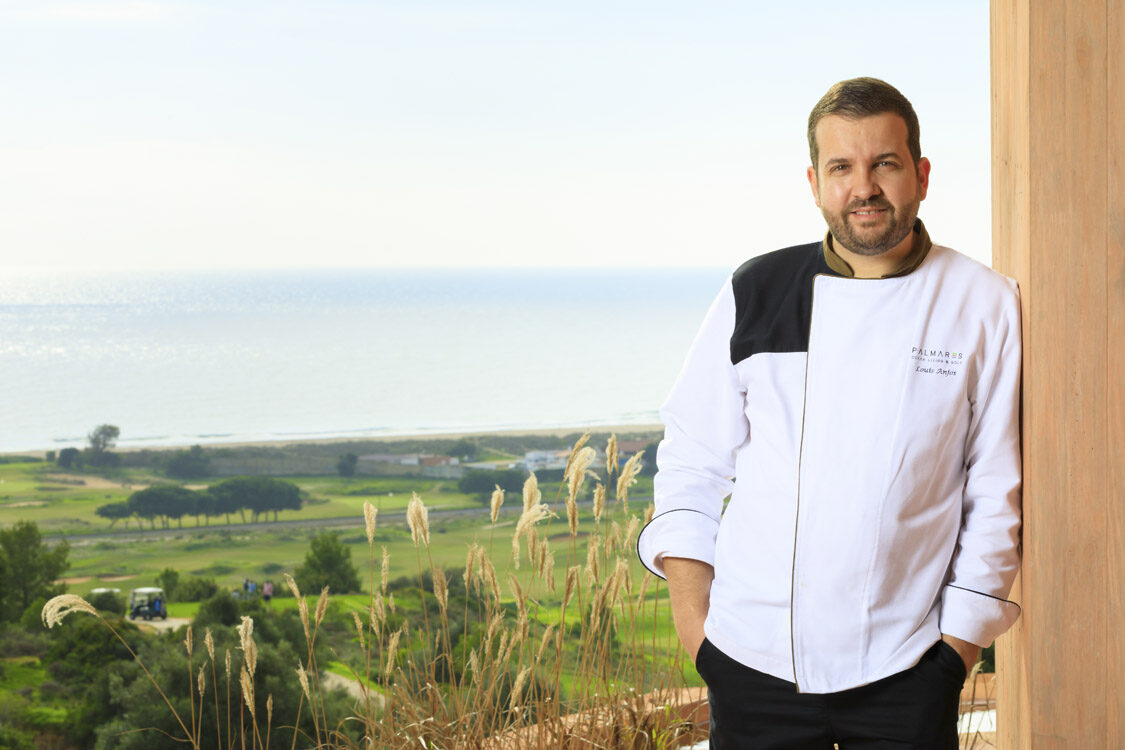 Open since last November, the impressive ochre-coloured building, sitting dominantly on the hillside of the famous Palmares golf course, with a 180º view spanning from Alvor to Lagos’ Ponta da Piedade, was designed by Pritzker Prize winning RCR Arquitectes. This new clubhouse, “was designed to be a social hub”, explains marketing and sales director, Alda Filipe. “It is a meeting point for golfers, residents and passers-by. More than a simple clubhouse, it is the resort’s clubhouse.”

Having Louis in charge of the resort’s three restaurants (clubhouse, hotel and soon the fine dining restaurant), means that the quality of the food and the service is transverse to them all. The fine-dining restaurant, which does not yet have a name, is set to open in early spring. The chef believes it will be a reference of excellence in the Algarve. “Portugal, the Algarve, memories and tradition — this is what Palmares was looking for, to tell a story with products from the Algarve.”

Meanwhile, Louis is already showing off his skills at the clubhouse, where he created a menu with gourmet snacks such as tempura asparagus and Alvor oysters, as well as comfort food dishes, like oxtail ravioli and seafood rice with sea bass, all made with local products, and which can be savoured on the clubhouse’s fabulous terrace.