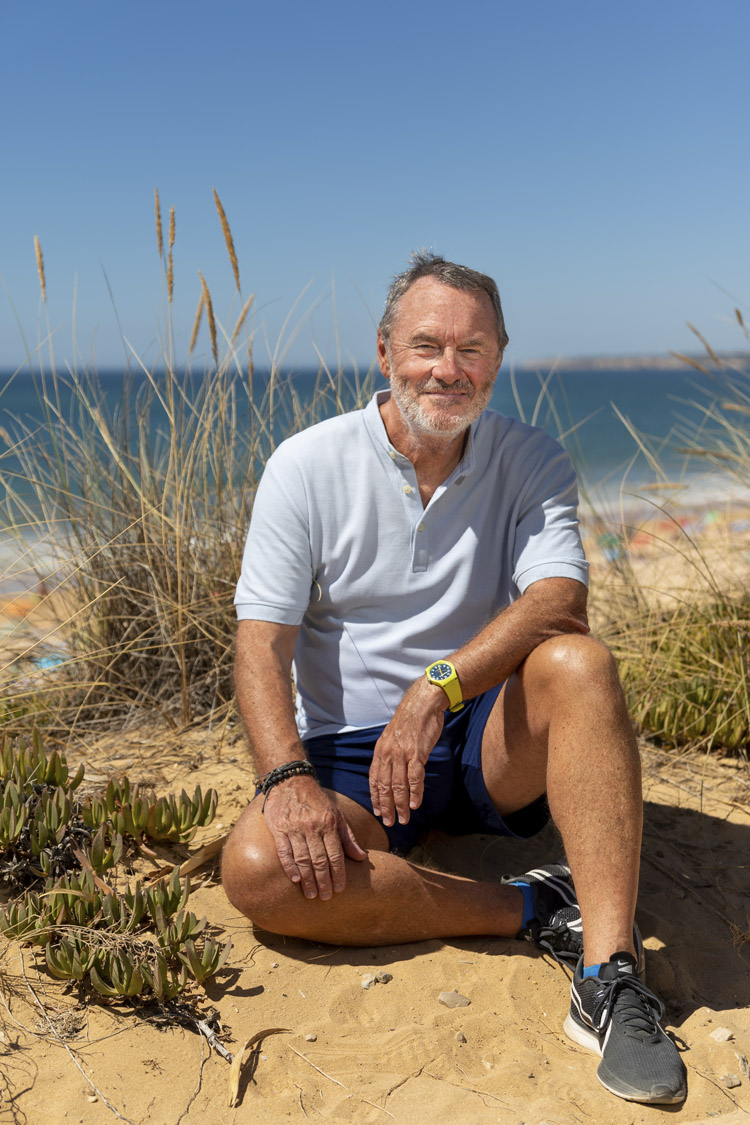 At the age of 52, Clive Jewell left his dream career in the travel business and responded to an advert in the local English-language newspaper, Algarve Resident. It was for the post of British consul in the Algarve, and he certainly wasn’t overconfident that he would get it. He had worked for 33 years in the tour operator business, since he was 19 — eight years in London and 25 years overseas — in what had been his dream career. As a holiday representative and area manager he worked in Menorca, Ibiza, Costa Brava, Crete, did three winters in the Italian ski resort of Livigno, before eventually settling in Portugal in 1989. 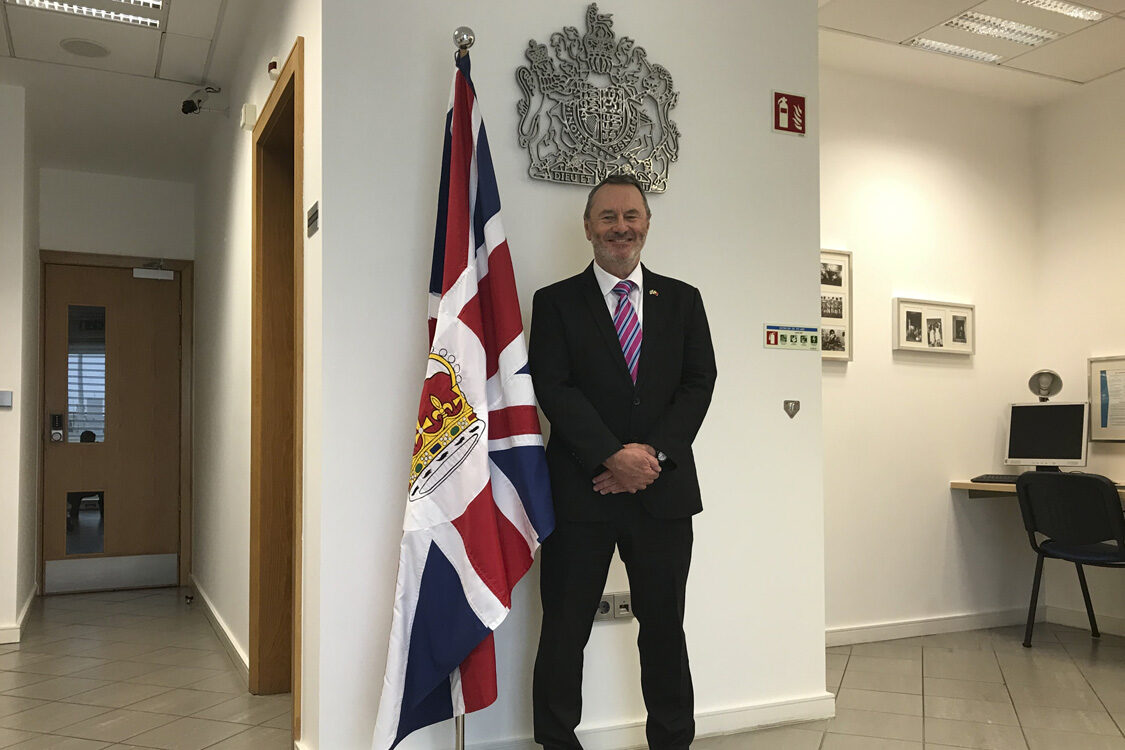 Leaving the travel business in 2009, in which he had spent 80% of his adult working life in Europe, he spotted the advert for the post as British consul in Portimão. “It came ­at a time when I was pondering what I should do next. I remember looking through the job description and noticed that I ticked the boxes for all the requirements. I didn’t realise there were so many parallels between a job working in the consulate and tour operating, where essentially you are looking after British people coming to a foreign country,” he says, adding that some of the situations he now deals with at the consulate are not a million miles away from the issues he dealt with as a tour operator.

On top of the world

“I was on top of the world when I got the news in June 2010, but it was quite daunting because I was coming from a lifetime in the private sector to the public sector,” Clive Jewell recalls. He says the work is customer service and team-work orientated. His post was originally consul but a Foreign Office restructure in 2012 saw the decision to have only one Lisbon-based consul in Portugal. “I wanted to stay in the Algarve and applied for the position of vice-consul here in Portimão, got it and have been here ever since.”

The job, Clive says, is very varied and is supported by a team of nine in Portugal, working as one team across two locations, with four in Portimão and five in Lisbon. “There are four consular officers dealing with front-line cases, and two vice-consuls who lead in complex situations and those of a more public nature,” he says.

The range is vast: hospitalisations, deaths (by accident and tragic cases), murder, suicide, people dealing with mental health challenges, missing person cases — which he says are “particularly traumatic” for the families involved because of the uncertainty of what has happened to their relative. Then, there are cases where people fall victim of burglary, assault and sexual assault. “Although it is a fact that Portugal is one of the safest places in the world, nevertheless things happen,” explains Clive Jewell.

He points out that there has been a considerable increase in welfare cases since the start of 2020, i.e., homelessness, joblessness, or financial problems leading to vulnerability when something suddenly goes wrong. “Then it is a case of helping them connect with their families for support or local authorities,” he says.

Excellent relations with the authorities

Clive Jewell stresses it is paramount to have good links and working relationships with the hospitals, police, social services and other authorities, so when cases happen the team knows who to contact, or in which direction it can point people to get them back on their feet, or back to the UK.

Maintaining and nurturing contacts with the authorities in the good times is essential, says Clive Jewell. “You don’t just turn to people and pick up the phone when you need their help, you have to work hard to establish those relationships which are very much give and take,” he says, stressing that the Portuguese authorities are incredibly helpful and cooperative. “I am really proud to say that we have an excellent reputation with them from the feedback we get. One of the things we do after receiving their assistance, is go back and thank them and send a letter to someone’s superior in gratitude of the help they have given us,” adds Clive Jewell.

But what of the personal incidents that have most touched Clive since he has been in the job and what were the most difficult moments? For Clive Jewell the answer is easy. The most emotionally challenging was the tragic death of a little boy who had drowned. He does not go into details. The Faro airport management were “simply wonderful” when the airline Monarch and later the tour operator Thomas Cook collapsed, which in the case of the former meant the consular team were camped at the airport for two weeks. “It was a particularly sad moment because it took me back to earlier in my career when I worked for Thomas Cook,” he recalls.

On Brexit, the aftermath and transition phase, Clive Jewell recalls that during the referendum he had been unable to sleep and got up in the night at that precise moment that newscaster David Dimbleby announced the UK was leaving the EU. “My jaw dropped, and I began to think about the consequences and practical machinations,” he said. “The impact on us as a consular team, with 2.5 million UK visitors in 2016, was that while our caseload would be the same, and we’d have to focus on that, we knew it would be a long and intricate process for the Embassy, that would bring us many new challenges,” he says.

Clive Jewell remembers that in the early days, the team did two immediate outreach events with the then British ambassador Kirsty Hayes, in São Brás with over 300 people, and in Lagos which had around 160 attendees. These were followed by over 40 more events, attended by 2,300 people, both with Kirsty and current ambassador Chris Sainty, sometimes involving senior ministers, local mayors and high-ranking officers from the border and immigration authority SEF.

The concerns then, which remained the same throughout, were: residency rights, access to healthcare and driving licences, as well as questions like ‘should I take Portuguese citizenship?’ which the Embassy stepped aside from advising on as it is a very personal decision. “There was a slow and steady increase in applications rather than a mad rush”.

As for getting residency status — which was and is always encouraged by the consulate — in 2016 there were 19,391 registered UK citizens in Portugal. However, the consulate estimated that for every person that was registered, there was probably another who hadn’t. The registration numbers went up every year until by 2020 the number was 46,000.

And the moment that had the most emotional impact on Clive Jewell as British vice-consul? It was when he first laid a wreath on behalf of the Embassy at the Remembrance Sunday service at St. Luke’s Church: “I recognised that it was the most humbling experience of my life”.