Time travel: The power of clas..

Excitement and drama to the finish in Vilamoura

Due to the current pandemic, the 2020 Portugal Masters went ahead at the fabulous Dom Pedro Victoria Golf course, Vilamoura with virtually no fans in attendance, although a global TV audience savoured another fantastic tournament.

On the penultimate day, eventual champion, South Africa’s George Coetzee returned a round of 66, for a one-shot lead going into the last round of the event’s 14thedition. Coetzee had won the previous week on the Sunshine Tour at Pretoria, and despite overnight leader, Frenchman, Julien Guerrier’s eight-shot advantage, Coetzee’s class shot into pole position for a final day surge.

Runner-up, England’s Laurie Canter, holed a monster putt on the 18th, to set up the prospect of the first-ever play-off at the Portugal Masters, but Coetzee again rose to the challenge with a final round of 66, for a two-shot victory. Canter reflected on his potentially game-changing putt at the last, and also paid tribute to Coetzee: “That putt was awesome …at that point, I still felt like maybe I had a chance, you know anything can happen on 16, 17, 18, but George is class; he closed out really well.”

Canter’s compatriot, Tommy Fleetwood had also served notice of his challenge with a closing round 64, eventually finishing in joint 3rdplace with Denmark’s Joakim Lagergren. As the tournament neared its conclusion, Coetzee had the potential advantage of holes still to play, but nearest challengers, Canter, Fleetwood, and Lagergren, having completed their final rounds, were glued to the TV screens, prepared to capitalise on any slip-up from the South African. Coetzee however displayed skill and determination to extinguish any lingering hopes of the challengers, and secure a fifth European Tour title – his first on European soil.

On the final day, Coetzee was restricted to pars on the opening six holes, and relinquished top spot early on. However, the 34-year-old then ignited his round with gains on the 7th, 8th and 11th, before birdies at the 16th and 17th moved him to 16 under-par, and a two-shot cushion heading to the last. Canter’s memorable putt to secure his best-ever European tour performance ensured that Coetzee had to remain focused with victory in sight, and the South African duly provided a composed finish for victory.

Following his triumph, Coetzee conveyed his personal appreciation of the Portugal Masters: “I target the Portugal Masters because I tend to play really well (there) and the golf course really suits me. I was very nervous playing this course and knowing that there are boobytraps around the corner every now and then, so stepping on to 18 and hitting the best drive I hit all week, I was shocked!”

From day one of the 2020 Portugal Masters, it was clear that the tournament was set to live up to its reputation for drama, and excitement. In the first round, Scotland’s Liam Johnston was on the verge of at least equalling the historic ‘59’ carded at the same venue in 2018 by England’s Oliver Fisher. While eventually finishing with a sensational 61, the modest Scot revealed that he was blissfully unaware of his chance to record the historic score: “I had no idea (that 59 was a possibility). I was trying to hole out on 17 to make eagle, and just left it a little bit short.”

With career-best performances from such as Johnston and Laurie Canter, the Portugal Masters clearly retains its magic for top international golfers, and planning has already begun for next year’s tournament at the fabulous Dom Pedro Victoria Golf Course, Vilamoura. Peter Adams, Portugal Masters Championship Director, has paid tribute to the event’s Portuguese hosts for facilitating this year’s tournament, originally due to be staged in October: “I must thank the Dom Pedro Hotels & Golf Collection and Turismo de Portugal for their support, which allowed the Portugal Masters to be re-scheduled for September.”

George Coetzee’s name is now added to those on the magnificent Portugal Masters trophy, joining an illustrious list of past winners. Hopefully, the 15thPortugal Masters in 2021 will again be graced by its traditional legions of spectators at Vilamoura, but the event is absolutely guaranteed to once again feature some of the world’s top players competing in one the golfing calendar’s most prestigious, international tournaments, in the beautiful Algarve. 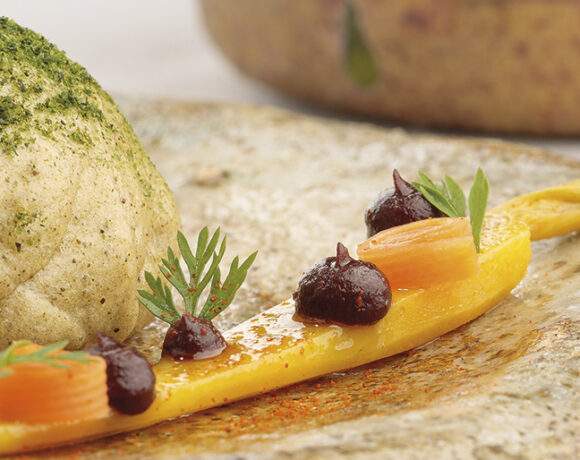