Up, Up and Away: Exploring the..

Peter Adams has been involved in sports from a young age. He started off as a football player at school and later university, and enjoyed playing golf, although he could never have imagined what his career would come to be. He does acknowledge that he was not “good enough” to play either sport professionally, so he joined a sports marketing agency in London. That was where he first began looking at sports from a different perspective, more cerebral and measured.

“I really love this”, he says, adding that, although he keeps a very busy schedule organising tournaments, he still plays amateur golf. “I love the game.” Adams is now the brain behind the Portugal Masters, the major golf tournament taking place on October 24-27, at the Dom Pedro Victoria Golf Course in Vilamoura. The competition was created in 2007, to replace the former World Cup Golf, after its dissolution in 2005.

“The event demands meticulous preparation, which begins as soon as the tournament ends,” he explains. This means this year’s competition has been in development for a full year. “When it ends, we discuss positive and negative points and, from there, we start shaping and moulding next year’s edition.”

One of the most challenging parts of the organisation process is finding sponsors. “Golf is a major sport for Portugal’s tourism industry with countless players, both national and international,” Adams states. Besides, the Portugal Masters is a massive media event, as “it is televised all over the world”. It is one of the few capable of “attracting national and international sponsors, who have a connection to everyone involved in the competition”.

But money is not the main attraction that brings stars from all over Europe to the Portuguese tournament: “Professional players love coming to Portugal for various reasons. We have easy and short flights available to the rest of Europe, Faro International Airport is close to many hotels and we have high-quality courses. All this makes it easy to bring golfers to the tournament,” he reveals. In addition, according to Adams, “the climate and culture are very strong calling cards for the country”, especially for tourism. All these attractions are complemented by the Portuguese soul: “The food is excellent, as are the red and white wines, and, of course, the people are very hospitable,” he highlights.

To convince sceptics — which are increasingly fewer, as the Portugal Masters has become one of the strongest sporting events on the European scene — the event’s organisers design quality facilities. “We have the Player’s Lounge, where everything is free for players. We serve spectacular and delicious food, drinks and other amenities, and there are fantastic hotels near the courses. We never lure in players with money prizes but rather with the conditions they get where they will play. And the truth is, they like it and come back.”

The Vilamoura course was expected to host around 126 players for this month’s edition of the Portugal Masters, “including most of the big-name players on the European circuit”, Adams explains. He points out there has been a tendency to have “bigger and better” names in the Portuguese tournament, admitting that having top-10 players participating is still somewhat unreal. However, last year’s event welcomed Sérgio Garcia, who currently sits at number 32 on the world ranking. The competition’s prize money is €1.5 million, of which €250,000 goes entirely to the winner. Adding the stars to all the support work done on and off the greens, with staff and volunteers, Peter Adams estimates over 1,000 people are involved in the event, so that everything runs smoothly and without issues.

Golf is a sport that is increasingly played around the world and also in our country, so the director of international championships for the PGA European Tour gives some advice to those who have the bug for it but do not know where to start.

“The big secret is to devote as much time as possible to practice and, above all, to find a good instructor to learn from. If you start doing things well, you have to participate in as many competitions as possible, and join the amateur ranking. From then on, you fight for an opportunity to represent the city, the region or even the country in a competition. You can even try out for the European Tour qualification as an amateur. But the most important thing is undoubtedly practice, a good coach and solid advice.” 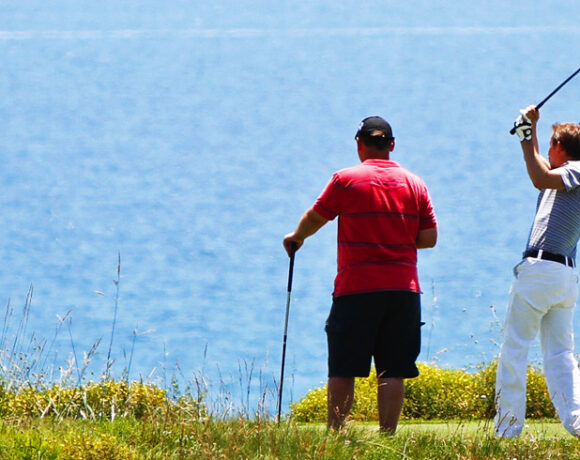