Outside the box: How Dunas Lif..

Sun, Surf and Sagres are the perfect Algarve combi...

Back with Gusto: The Conrad re..

Sun, Surf and Sagres are the perfect Algarve combination 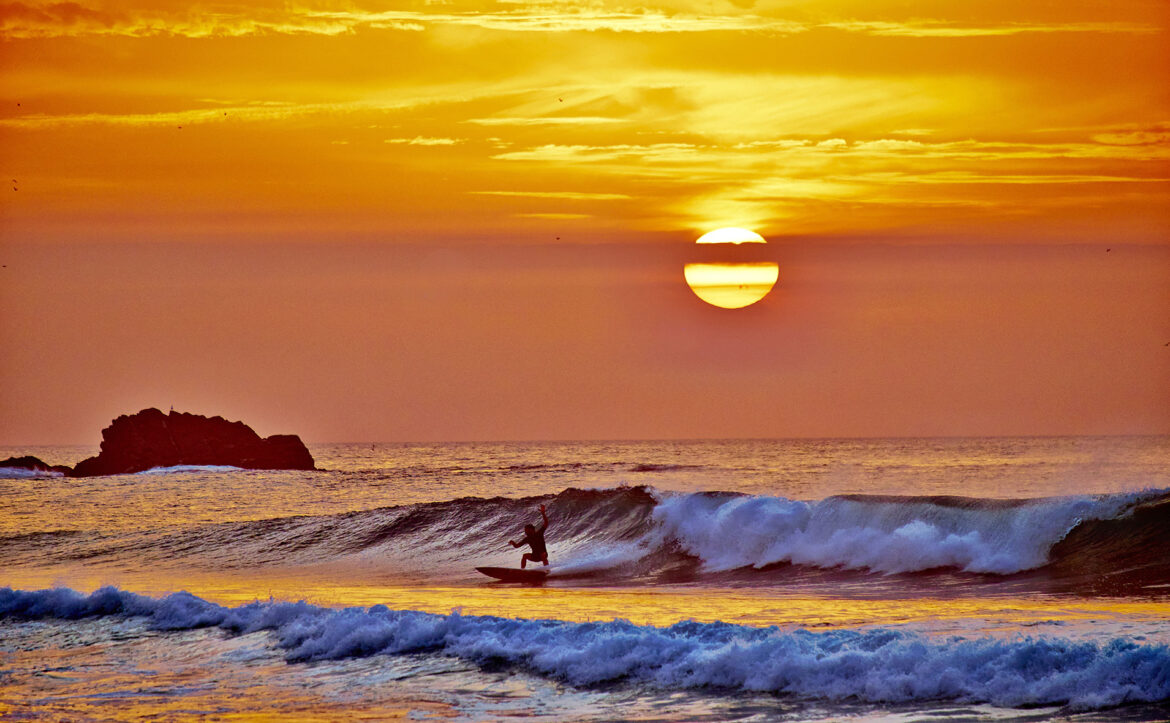 In exploring Sagres as a prime surfing destination, Essential Algarve hears from the one-and-only Garrett McNamara as well as the established Martinhal Sagres resort, which is celebrating its 10th anniversary

With plenty of sunshine, shoreline and surf spots, Sagres seemingly has it all. The area is blissfully set within the Parque Natural do Sudoeste Alentejano e Costa Vicentina, with the protected location lined with kilometres of unspoiled coastline, cliffsides and an ocean view as far as the eye can see. Perched on the southwestern most tip of Portugal, the town is home to just under 2,000 residents — though as a surfer’s paradise, Sagres is far from barren. 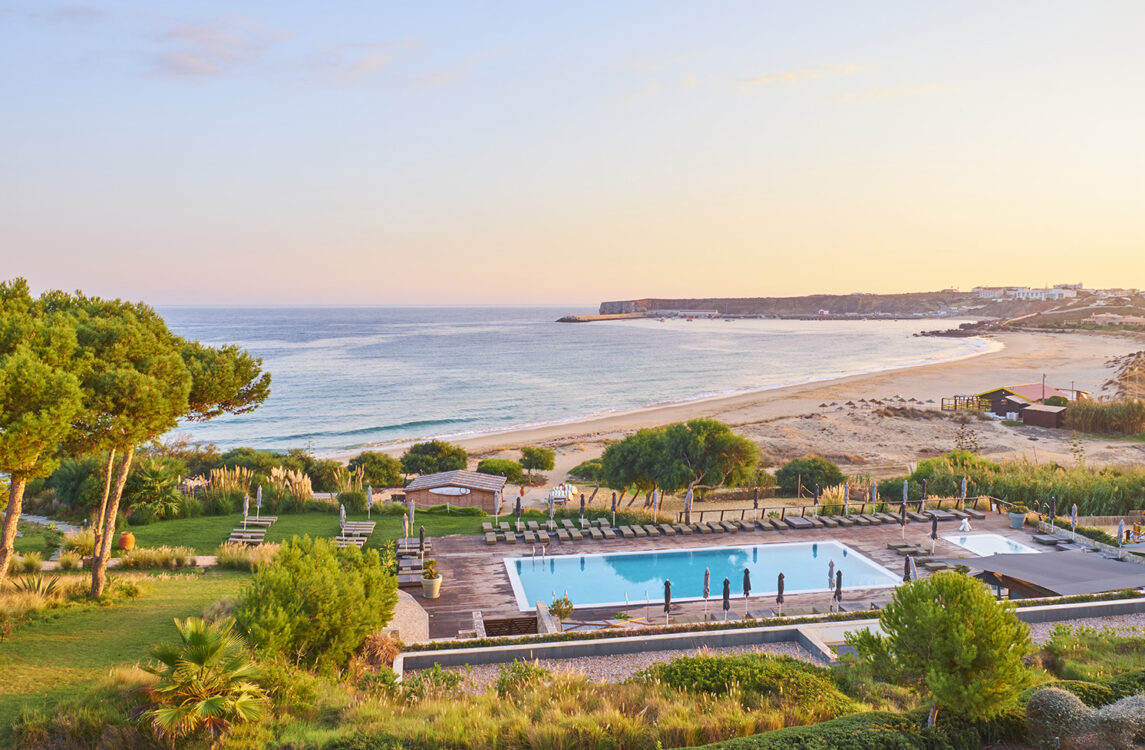 “Sagres has great waves,” professional surfer Garrett McNamara says. “A lot of them are right off the coast — you just paddle a couple strokes, and before you know it, you’re riding them.” McNamara credits much of Sagres’ prime position for surfing thanks to swells (series of waves typically caused by distant weather conditions) that reach tucked away spots along the west coast. Originally from the United States, McNamara started surfing in 1978. Today, the American surfer is well known for his record-breaking career, which helped put Nazaré (near Leiria) on the map as one of the most popular surfing destinations on the globe.

“I immediately realized it was the biggest wave I ever saw the moment I saw it,” he says, reminiscing of his first visit to Nazaré in 2010. After determining the waves were surfable, McNamara says they worked to pioneer and plan for the ride. By November of the next year, both McNamara and Nazaré made history for surfing the largest wave ever recorded (towering in at nearly 24m). “Nobody had ever surfed it there, so it was like discovering the Mount Everest of the ocean,” he says. “It was crazy.” Two years later off the coast of Nazaré, an estimated 28m wave topped that record — broken by none other than McNamara himself. Since then, he is an eight-time Guinness World Record holder for the largest wave ever surfed, and Nazaré has become a universal name in the surfing community. McNamara eventually moved to Portugal, and he currently splits his time living in Nazaré and Hawaii. Between the surfing, safety, community and cuisine, McNamara says he fell in love with the country for a number of reasons. “What got me here was the waves,” he says. “The people and quality of life is really what keeps me here.” 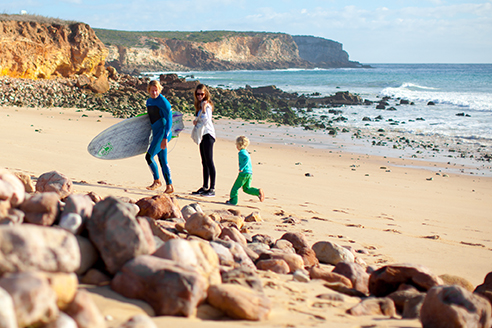 Beyond Nazaré, McNamara has surfed all over the country (as well as in Madeira and the Azores). In regards to past surf trips to the Algarve, McNamara says he has enjoyed every single experience — with Sagres of no exception. “When I first came to Sagres, there was this southwest swell that was like the perfect wave,” he says. “I know I have get back down there.”

One of the Algarve’s most notable features is a near-perfect climate combined with its privileged location, and Sagres’ peninsula position presents even more of an advantage for surfing. Rather than just flocking to the beaches as soon as summer hits, surfers frequent the area all throughout the year, as there are different surfing opportunities depending on the season. For instance, surfers who stay during the off-season have the benefit of uncrowded beaches with thick winter swells that differ from the waves of a summer sea.

In visiting the Algarve about twice a year, McNamara states the Martinhal Sagres Beach Family Resort to be one of his favourite places to stay. He and his wife, Nicole, first came to the resort six years ago, where he says they were “blown away by how amazing it was”. And while at the time the couple did not have any children, McNamara says the two saw just how catered the resort is to families. “You could relax and enjoy time with your partner whilst keeping an eye on your children with someone there always watching them,” he says. “There are kids everywhere, everyone is happy — it is literally a dream for families.” 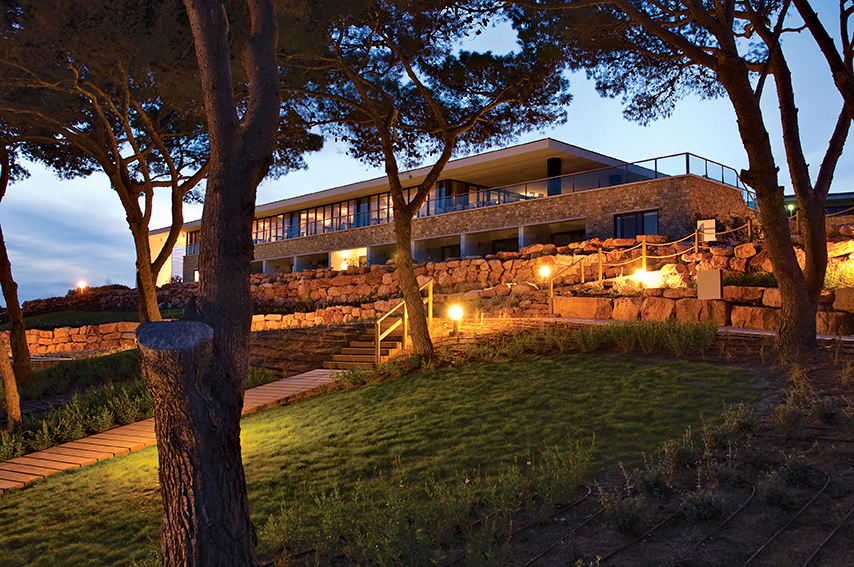 The resort was specifically established to be geared towards families — a niche that separates the brand from other high-end resorts in the area as one known for fostering a family-friendly environment matched by luxury. With amenities including a spa, mini-grocery store, watersports centre, gym/fitness centres, five kids’ clubs (for various age groups), five swimming pools, three restaurants (all featuring kids’ corners watched over by staff) and so much more, Martinhal Sagres truly has something for each and every guest to enjoy.

The resort’s Water Sports Centre gives guests the opportunity to rent equipment and even attend courses, such as windsurfing, stand-up paddleboarding, sailing and more right at Martinhal beach. When it comes to surfing, the resort and one of its partners offers guests of all ages the opportunity to embark on the “full surfer’s experience”, from putting on a wetsuit, hopping into a van and heading out to the beach to surf their first or thousandth wave. Expert instructors run both group and private lessons for different levels (depending on one’s skills) ranging from beginner to advanced, giving a tailored approach rather than a “one-size-fits-all” experience. Even for those just starting out, the resort notes that by the end of the day, most guests are able to stand up on the board at least once.

Considering its reputation and close proximity to plenty of surf spots, it is easy to see how the resort has established itself in the high-end surfing community. The Martinhal Sagres guestbook is filled with plenty of renowned surfers, such as Fábio Gouveia from Brazil, multiple Quiksilver & ROXY surfers, and — of course — Garrett McNamara. With his legacy marked by a signed surfboard that proudly resides at Martinhal Sagres, McNamara says he is already looking forward to his return. “We’ll definitely be going back to Martinhal, which now will be so nice with kids,” he says. “I’m beyond excited to go down there and surf more with my family.”

In celebration of the Martinhal brand’s 10th anniversary, the resort is offering lots of specials and surprises all throughout the year, including reservation packages, spa deals, unique wine selections and so much more. For more information, visit www.martinhal.com/sagres/ or call +351 218 507 788.