Apolónia Pride: A look into o..

The natural farm: RiaFresh brings the best of the ...

The search: The mind of Erik d..

The natural farm: RiaFresh brings the best of the Ria Formosa to the table 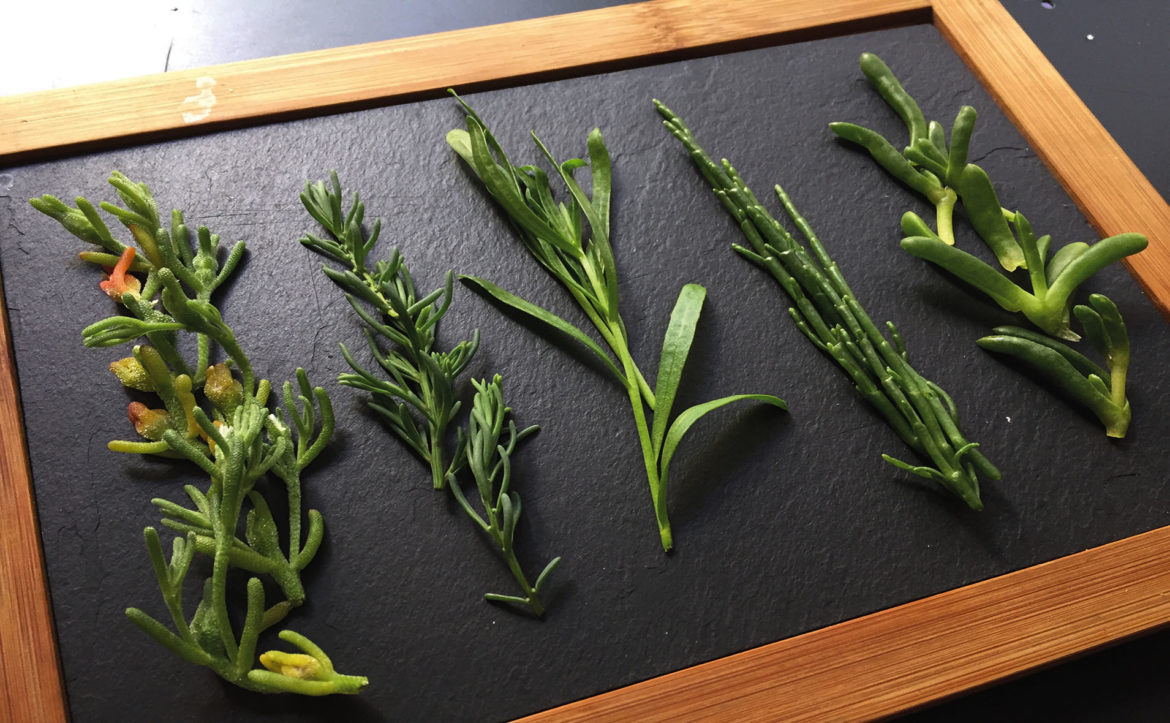 If you thought it was fish, think again – it’s vegetables

Originally from Haro, in La Rioja, Spain, Miguel Salazar moved to Faro, in the Algarve, in 2001. Phonetic similarities aside, this Spaniard with a doctorate in Agronomic Engineering swapped the earth for the lagoon to establish one of the most innovative horticultural companies in the Algarve. The results can be seen on the plate. In this case, on the plates of some of the best gourmet restaurants in the country – such as Belcanto, in Lisbon, Ocean, in Porches, or The Yeatman Wine Club, in Vila Nova de Gaia – or in your own at home, after purchasing the halophyte plants produced by RiaFresh, which are sold in commercial spaces such as Apolónia or El Corte Inglés.

RiaFresh is part of Miguel’s company, Agro-On, and was created in 2015 after four years of research on the sustainable production of halophytes. These are vegetable species that, despite being primarily terrestrial plants, are adapted to live in the sea or around it as they can tolerate salinity. 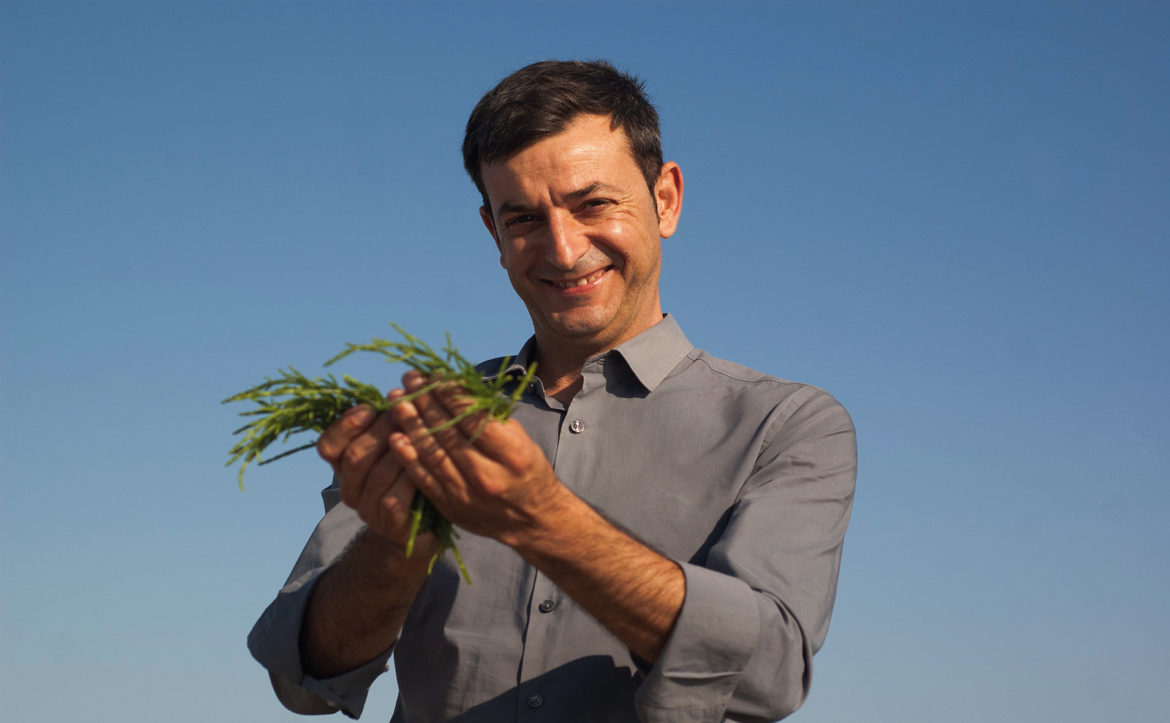 Among the greens produced by RiaFresh there are samphire (salicórnia), sea blite (valeverde da praia), ice plant (rossio), marsh samphire (sarcocórnia) and sea fingers, and their most recent addition to hit the shelves was golden samphire (inula), which is characteristically spicy.

The company’s vegetable material comes from the Ria Formosa Natural Park but the plants are cultivated in a controlled environment in Gambelas, Faro. “Our main production system runs in greenhouses, where we want to replicate the best conditions of the Ria Formosa so that our different species can grow,” he explains. “This way, we ensure the food safety and its quality standard is unmatchable and consistent. Each produce has its own ideal harvest time, but our work allows us to have them all year round,” Miguel assures. 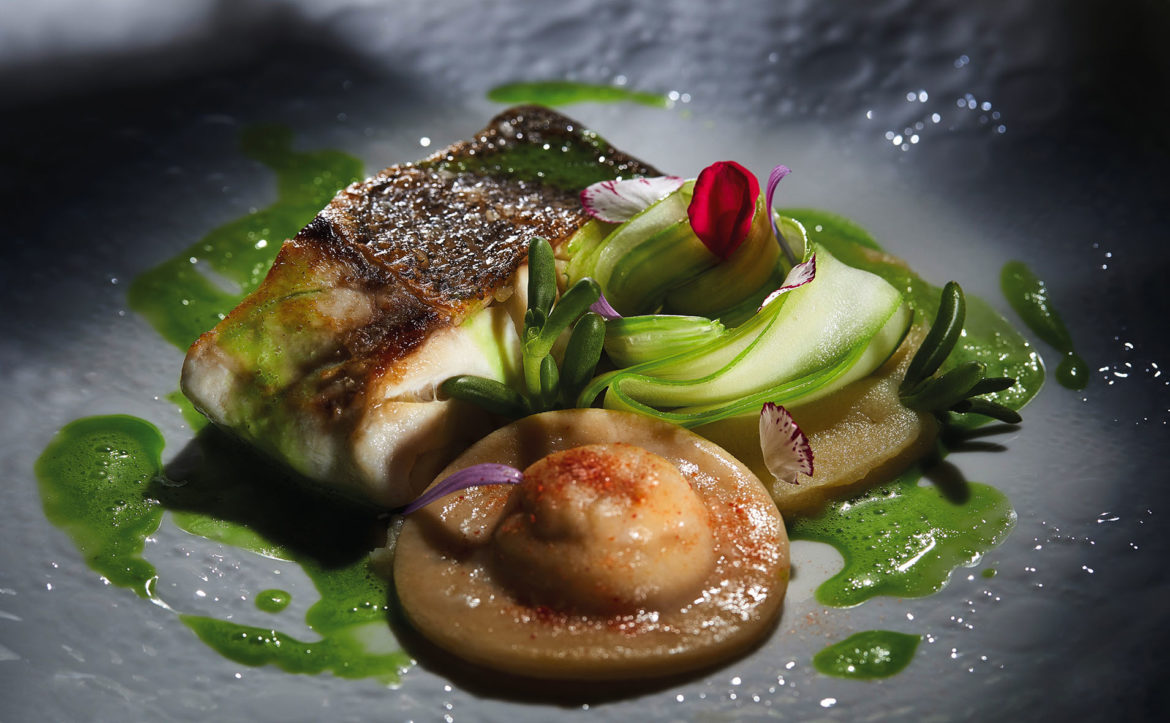 Whether you prefer them crunchy like samphire or succulent like sea blite, these plants are very versatile, slightly salty and have many uses in the kitchen – the marsh samphire’s meaty tips, for example, are perfect in salads or soups and its somewhat bitter taste is great in sauces for meat or fish dishes. For a vegetarian alternative, the sea fingers pair surprisingly well with mushrooms.

It is really no wonder that Miguel and his team fell in love with these little vegetables from the Ria: “As agronomists (the main team is composed of agronomists and researchers in the Agronomy field), they are really interesting species because the cultivation techniques are completely different from that of traditional crops. On the other hand, the people who tried our products during the testing phase, including chefs, were surprised by the quality and potential of what they were tasting.”

But the decisive point, he adds, was realising the “enormous benefits this kind of vegetable has for your health. They can be used as a salt substitute and have antioxidant, anti-inflammatory and anti-parasitic components, among others”.

Very typical in the Algarve, where they are often harvested but not grown, halophytes were once part of the region’s diet but their use dwindled with time. Always striving for innovation, the gourmet restaurants are somewhat credited with reviving the tradition. “But there are great dishes in restaurants with traditional cuisine made with RiaFresh produce, like cataplanas. There is also a class of consumers who buy our products to cook at home, who want to have a healthier diet and consume less salt.”

Always testing new projects for the market (like golden samphire), the RiaFresh team was also able to get European funding for their research project, called Xtreme-Gourmet. “For the next campaign, we have between 10 and 12 products that will be tested by a team of prestigious chefs before being selected for the market. Chef Leonel Pereira, from São Gabriel Restaurant [one Michelin star], will be coordinating the food quality tastings.”

The RiaFresh products are also sold through the HORECA channels in 30-gram packages, except marsh samphire (100g) and samphire (100g-450g). The company’s production capacity is already close to 10,000 kilos of vegetables per year. “The demand is visibly increasing, particularly among people looking for a substitute to salt. We have been adapting to the demand and have grown along with it,” says the agronomist.

This is, in fact, one of the brand’s goals: to offer an alternative to salt, while promoting the advance of the region’s horticultural sector. In addition to that, the company is also in the process of going international – RiaFresh may have been born from Haro to Faro, but its next destination is the world.