Architectural Beauty: A look i..

As Good As Gold: Exploring the Loulé area’s ...

As Good As Gold: Exploring the Loulé area’s property market

Centred right in the middle of the lower Algarve, the Loulé area makes for one of Portugal’s most prime destinations. With plenty of pristine beaches, thriving resorts, distinguished golf courses, international schools and striking natural scenery at a mere 20-minute drive from the Faro airport, the council boasts accessibility, diversity, tradition, culture and sustainability. 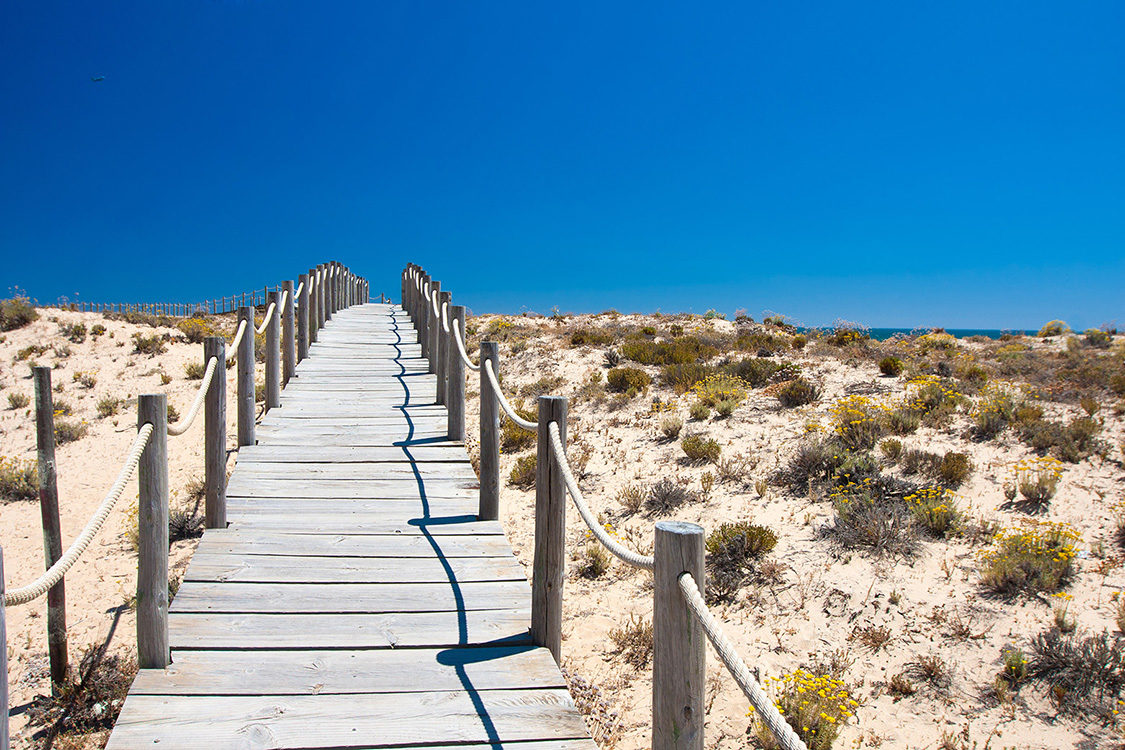 When it comes to Loulé’s property market, one particular valuable characteristic sets the area apart from others in the Algarve — its security, in terms of both personal safety and reliable investment potential. Jamie Robinson, sales director at QP Savills – Quinta do Lago, claims the area has always been known to be “a super consistent place to invest”, with property values rising over the past several decades. “If you look at people who invested here 30 years ago, they were buying plots of land at €180,000,” he says. “Now, many of these have been selling for €2 million.”

The agency actively promotes valuable properties within the area, such as with the contemporary, classically-designed five-bedroom villa in Quinta do Lago, located on a 2,395sqm plot set along the banks of the lake of the São Lourenço fairway and adjacent to the Ria Formosa Natural Park (currently on the market at price on application). 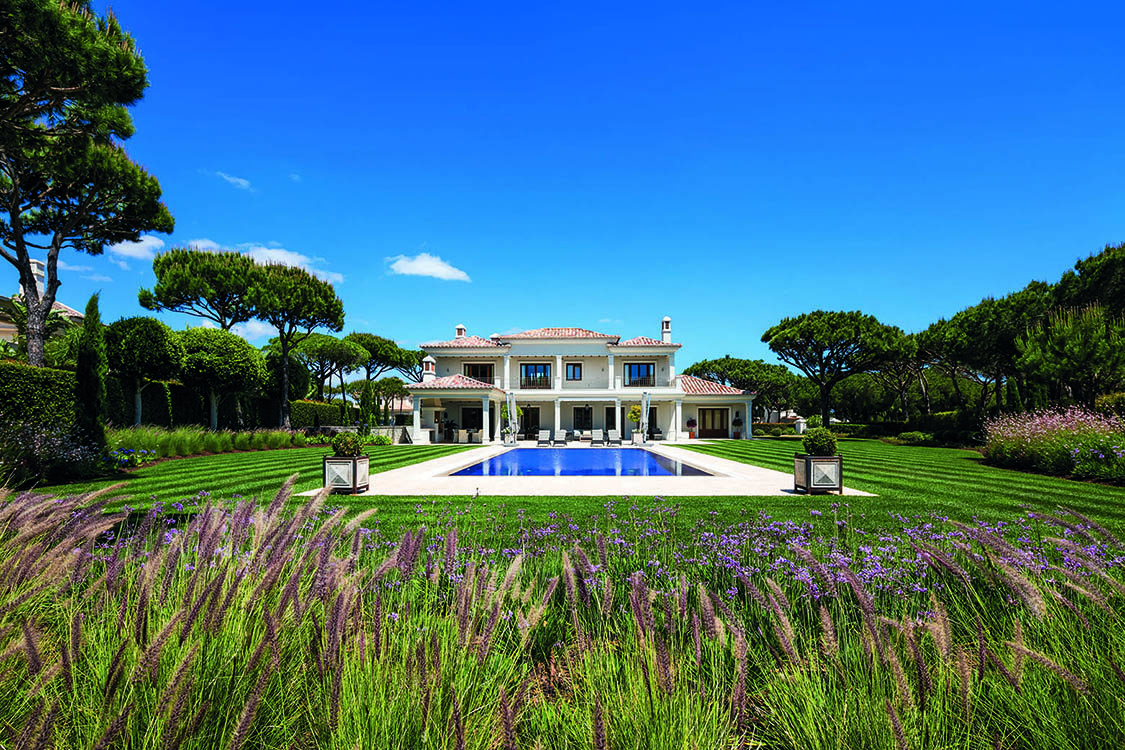 Jorge Pereira, general manager of Fine & Country’s central Algarve office in Almancil, agrees with Jamie’s thoughts on the growing value of Loulé’s property market, crediting much of this success to more and more people flipping properties (purchasing an old property and making a complete refurbishment before putting it back on the market at an increased value). One example of this is the recent project of Formosa Park Hotel Apartments in Ancão Beach — a totally renovated complex that includes 61 one- and two-bedroom luxury apartments and offers a guaranteed, minimum annual investment re- turn of 5%. According to Jorge, the anticipated completion date is set for August, though Fine & Country Almancil has officially started selling units as of early this year. 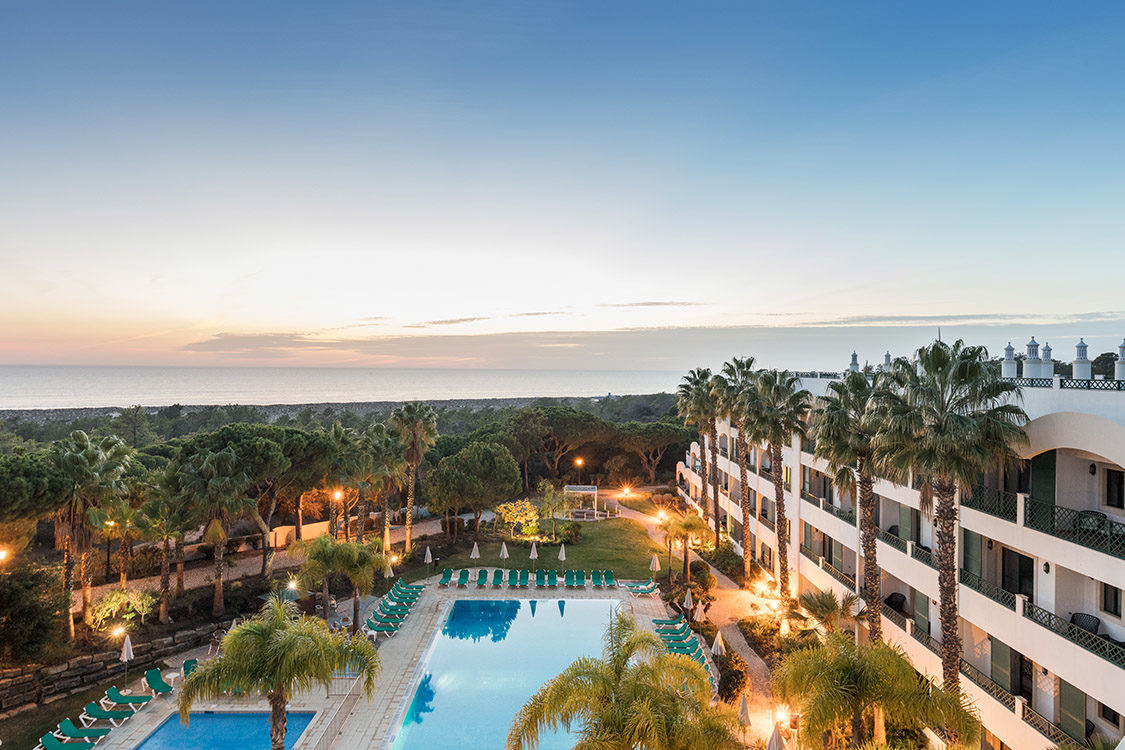 As the most densely occupied municipality in the region (with a population of roughly 70,000), the demand for property in the Loulé area appears to be just as constant as the investment potential. In fact, the Council revealed that the past few years have shown an increase in demand and a decrease in the stock of properties available in the real estate market: “According to a market study recently carried out for the Loulé council by a specialised company, it appears that in the next three years we will have a potential demand of 3,340 families who intend to live in the area,” they say. “This number shows Loulé’s strong capacity to attract people, both internal and external, at regional and supra-regional levels, namely due to its central position, quality of life, facilities, public services and infrastructure and the tax advantages.”

Both Jamie and Jorge also attribute much of Loulé’s consistent appeal to the three renowned resort communities that reside within the municipality: Quinta do Lago, Vale do Lobo and Vilamoura. Dubbed the Golden Triangle, this affluent region is famous for these luxury resorts, along with the award-winning Vilamoura Marina, Michelin-starred restaurants and more — and it is an area that the two say they expect will continue to make a positive impact on the municipality of Loulé. “The property market [here] tends to resist much better to crisis than other places,” Jorge says. “I think over time most prices will tend to stabilise, but always with a slight increase.”

Over the past 50 years, Vilamoura has become widely known all across not just the Algarve, but the entire country. And with upcoming developments like Central and Uptown (both currently in the works), it only continues to grow. The Central project began in January of last year and is expected to be finished this June, with the condominium strategically centred inside the heart of Vilamoura, according to Miguel Palmeiro, commercial director for Vilamoura World (the master developer behind both projects). The Central development will consist of a grand total of 80 two-, three- and four-bedroom units, featuring luxurious in-house and community amenities, such as landscaped gardens and private swimming pools exclusive to the gated community. 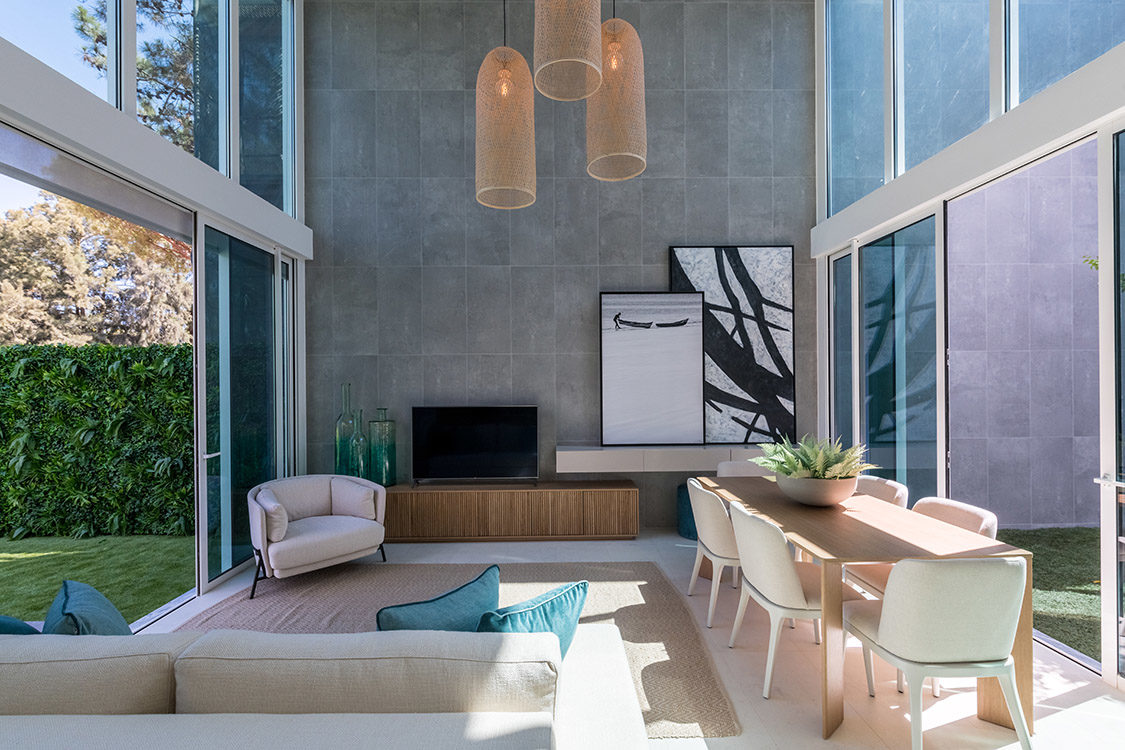 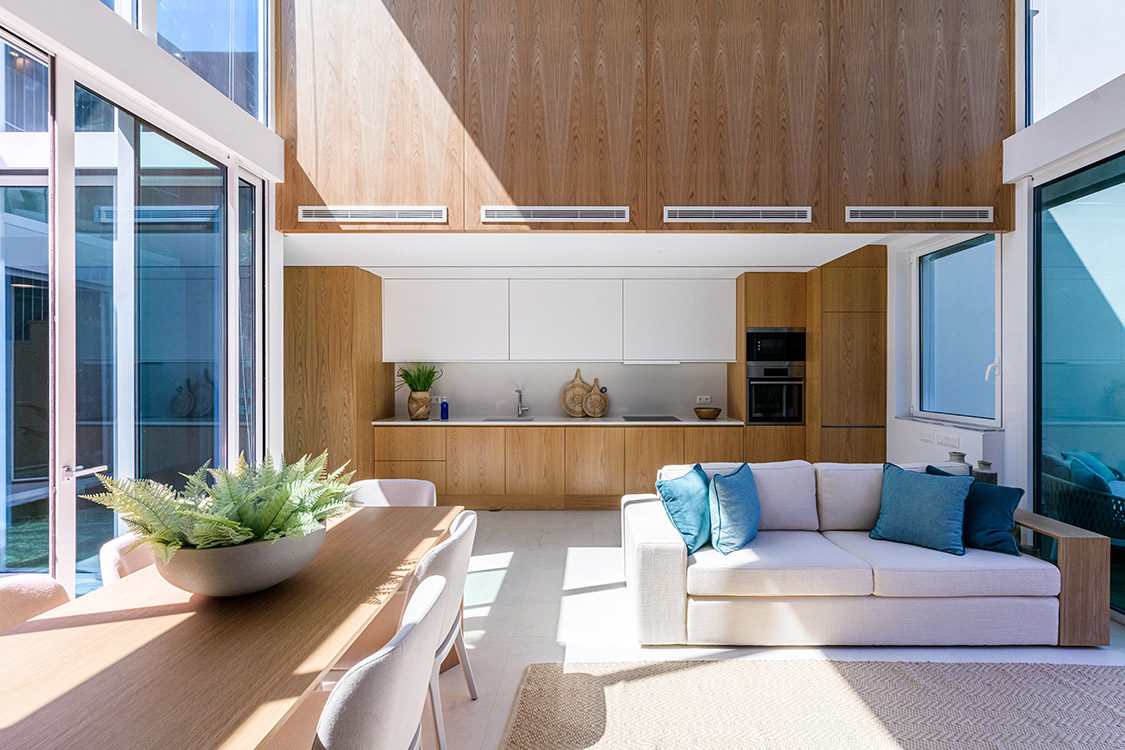 Vilamoura World considers Vilamoura to be more of “a mix between a town and a resort,” Miguel says. It is serviced with supermarkets, health centres, a handful of golf courses (including the Dom Pedro Victoria Golf Course — the usual venue for the Portugal Masters), an international school and more. Roughly 10,000 people live in the community throughout the year, including Miguel himself. “For me, this is the best balance of quality of life that you can have in Portugal,” he states. “You have the advantage of being in quite a nice destination while everything is still upheld to a certain quality.”

Also a part of the Golden Triangle, Quinta do Lago shows that business is booming with the welcoming of a new golf-front project currently available for purchase — San Lorenzo North. With 26 of the last virgin plots of land within the resort, it makes for the community’s “most exclusive safe haven”, according to Sean Moriarty, Quinta do Lago’s CEO. The show villa was even named the ‘Best Residential Property for Portugal’ at the International Property Awards 2019, with Sean noting that new villas are being built “to the highest of specification to support a lifestyle of wellness and luxury”. Another progressively popular trend Sean points out amongst property buyers looking in Loulé is a desire towards conservation of the natural ecosystem as well as aiming personally to live greener lifestyles: “Sustainability looks to become increasingly important for people, so we expect to see more demand for efficient eco-friendly solutions within the home.” 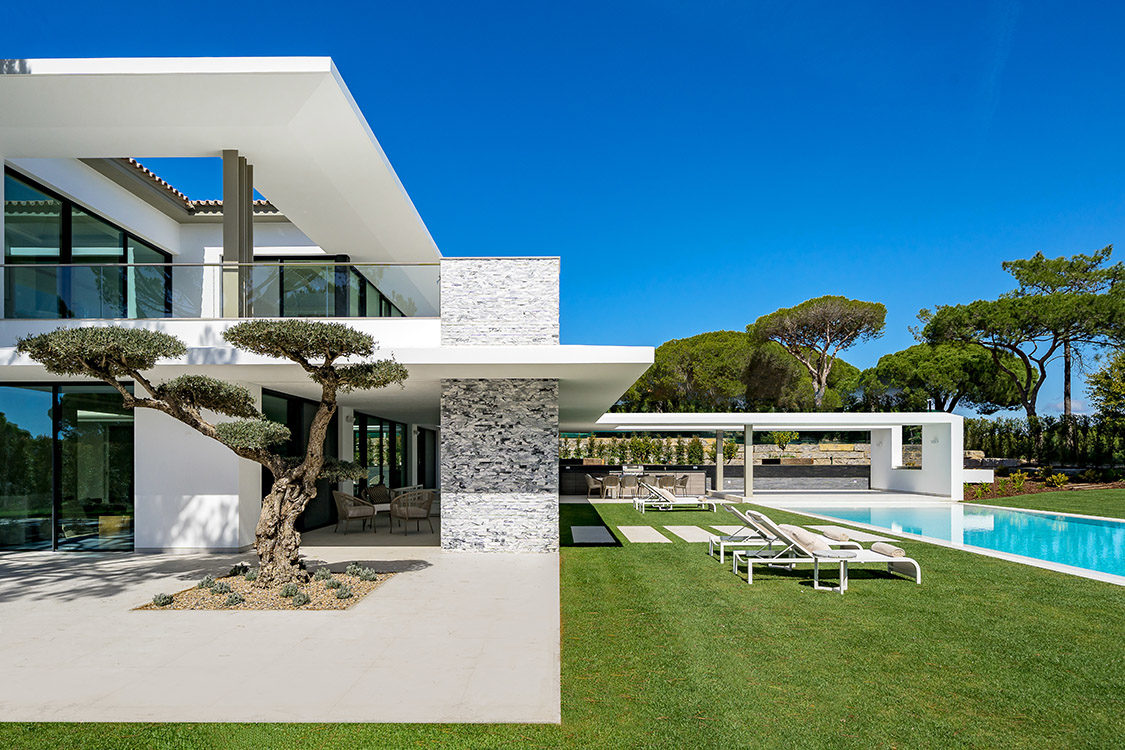 Outside of just environmentally conscious property owners, Sean considers Loulé’s council to be extremely cautious when it comes to sustainability, with the municipality establishing plenty of “protective planning laws to preserve and regenerate the natural environment”. According to the Council’s website, roughly 51.3% of the Loulé municipality is classified as protected areas, “en- compassing a great diversity of habitats, rich in fauna and flora, geological heritage and other resources that deserve to be known”, including part of the Ria Formosa Natural Park. “I believe [the Council] is right to preserve the ecology,” says Jorge Pereira, weighing in on the importance to both potential buyers and existing owners when it comes to protecting the area. “They take their time, they analyse — I think the Loulé municipality does it well.”

According to Jorge, one specific example that shows how the area manages to be the “most difficult municipality [in the Algarve] for licensing” is a current project called Ombria Resort, which has recently started development in Loulé’s interior region between the villages of Tôr and Querença. After nearly 20 years of planning, he says the resort had to gain approval from 13 different government entities within the council prior to beginning construction. Now, the first phase of properties within the 150-hectare resort are being developed and anticipate completion by early 2022, according to João Costa, Ombria’s director of sales & marketing. The project’s first phase will include 65 one- and two-bedroom freehold apartments and 95 additional luxury townhouses and villas to be available for sale. 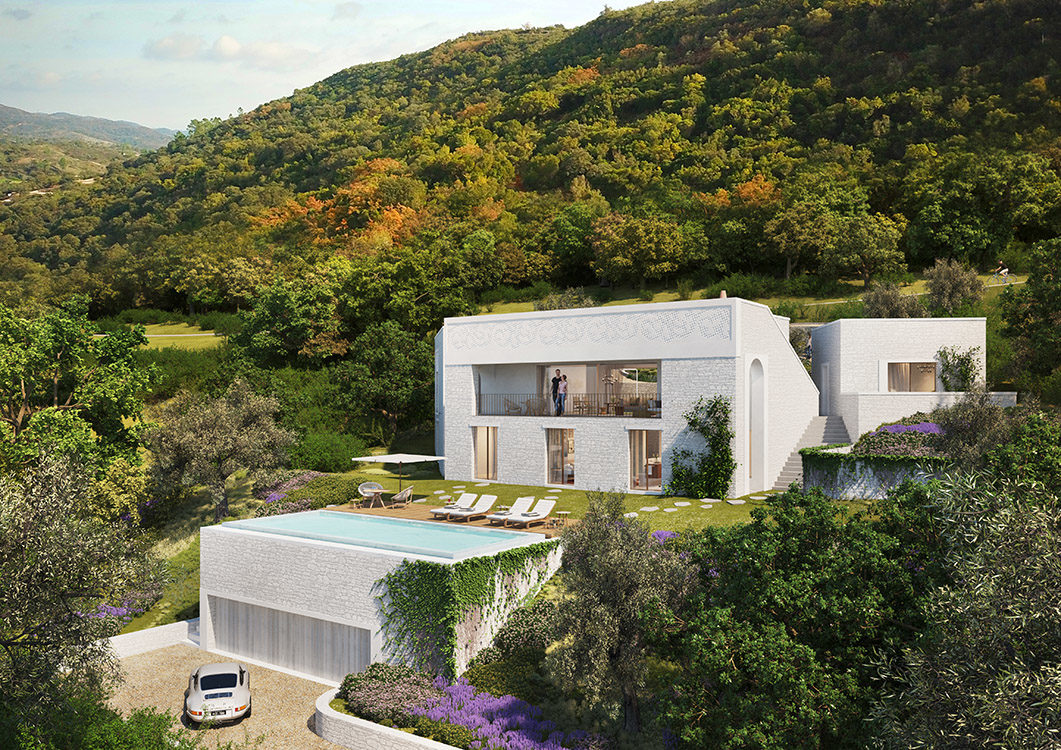 On top of bringing new properties onto the market, João says Ombria will “generate more than €153 million in taxes”, according to a study from the University of the Algarve. Additionally, the resort plans to positively impact the area by providing an influx of employment opportunities, creating a total of 440 jobs throughout both the construction process and the operation of the resort. “The overall aim of the project is to create a new-generation luxury development in the heart of the Algarve whilst actively promoting the preservation of local traditions, generating new jobs and contributing to the local economy and the reduction of the seasonality in the region,” João says. 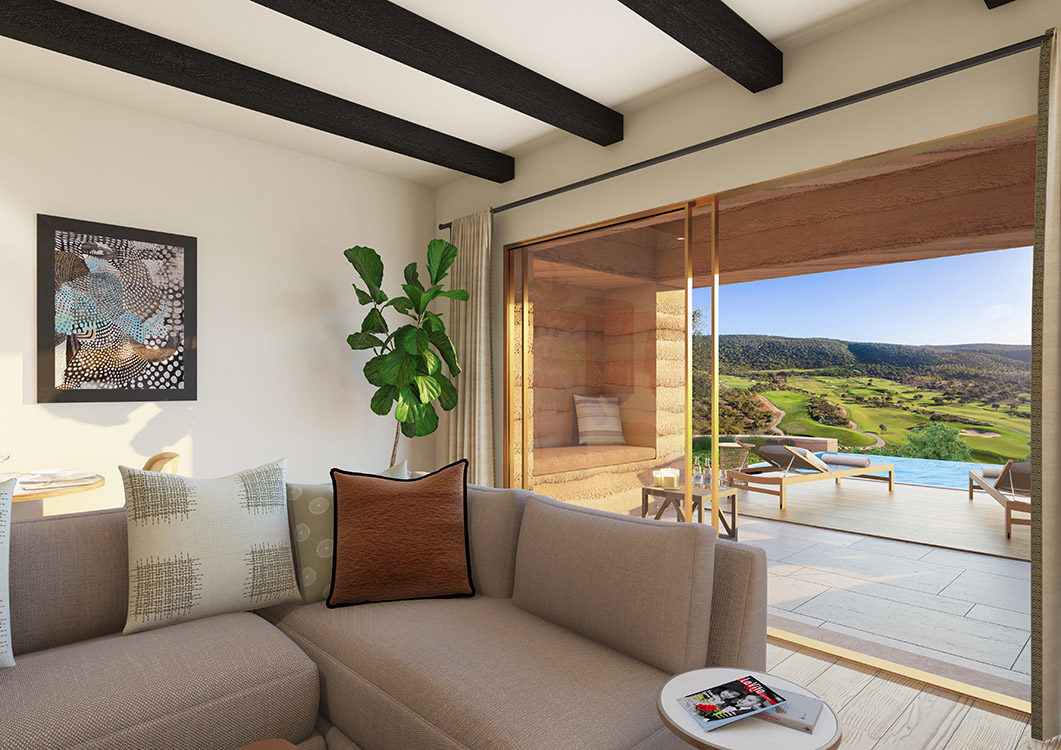 José Carvalho, the company director for the One Select Properties real estate agency, also noted how he is seeing a growing interest in environmental conservation within the property market and he anticipates that the “luxury consumer of 2020 really looks for sustainable solutions”. Offering striking scenery from both the tranquil hillside and golden coast, José says he definitely sees the value in protecting the Loulé area. For example, the agency’s four-bedroom home of Villa Piri-Piri presents enchanting views of Loulé’s lush countryside while still conveniently located a merely 15-minute’s drive away from various beaches. The unparalleled beauty of Loulé’s diverse landscape is just another one of the seemingly endless reasons that continue to attract people to the area. “As shown in the past years, Loulé’s market presents a strong and profitable future to come,” José states.

With sustainability at the forefront of the Loulé council, there are more than enough reasons to safeguard such a historical, culturally rich area of the Algarve. The city centre alone is something to marvel, featuring the Moorish-inspired Loulé Market and the monumental Loulé Castle (originally dating back to the 1200s).

“Located 12km from the coast, the city was able to maintain its charm of the past, whilst it developed and transformed into a commercial axis of the region,” says Agnieszka Kijonka, CEO of A1 Algarve Real Estate. “Properties here are very sought after nowadays, and 2020 has already begun to be busy in January, which is something very rare in the history of the Algarve’s real estate market.” Agnieszka says A1 Algarve is focused on keeping up with this demand, such as with one of the agency’s current housing projects — complete with a sea view from an elevated plot with underfloor heating, preparation for solar and photovoltaic panels, and a Jacuzzi and BBQ on the roof terrace. 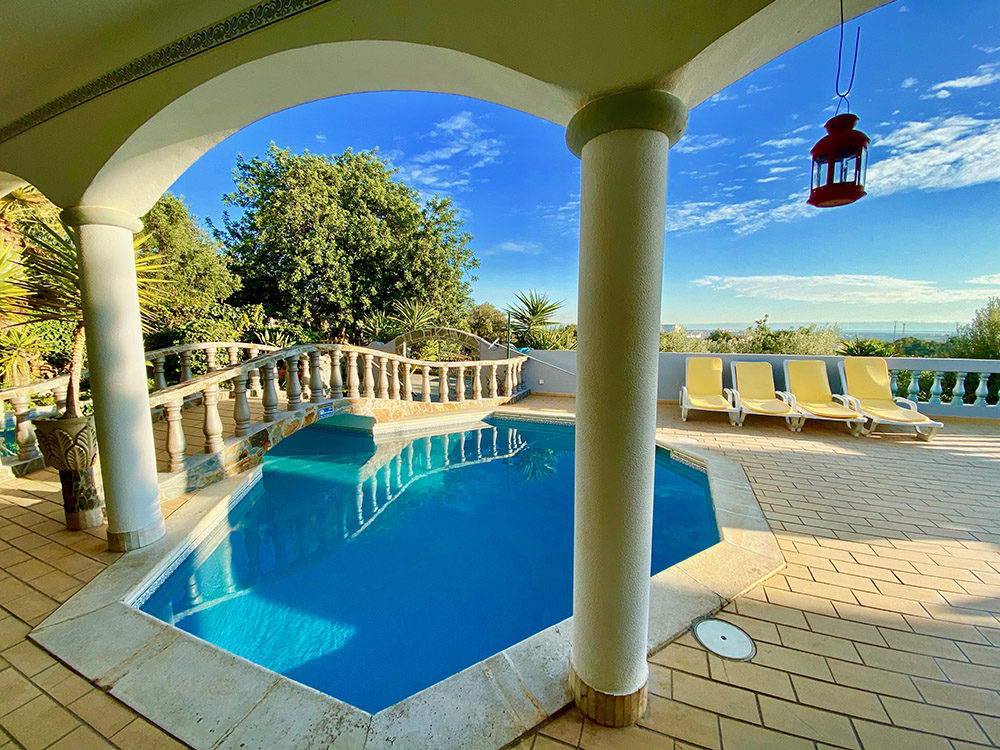 Beyond the attractive aspects of everyday life, the traditional market town of Loulé is also home to some of the Algarve’s most well-known celebrations, which draw thousands of visitors to the Algarve — including its Carnival, Portugal’s oldest iteration of this traditional costumed parade festival; the Portugal Rally, the largest automobile race in the country; and a massive end-of-summer event known as White Night.

“Loulé offers the ‘best of both worlds’ — it’s a very diverse society, with very typical, authentic Algarvean culture that is proudly kept and presented in the area,” says Anabela Macieira, CEO and founder of CORE Architects and CORE Invest Consult. Anabela says the company is currently working on an array of “interesting projects” — from traditional townhouses in the city centre to luxurious, contemporary family homes to unique tent-architecture holiday eco-resorts and more — to supply the area’s ever-growing demand. “Loulé is a town that is alive throughout the year,” she states. 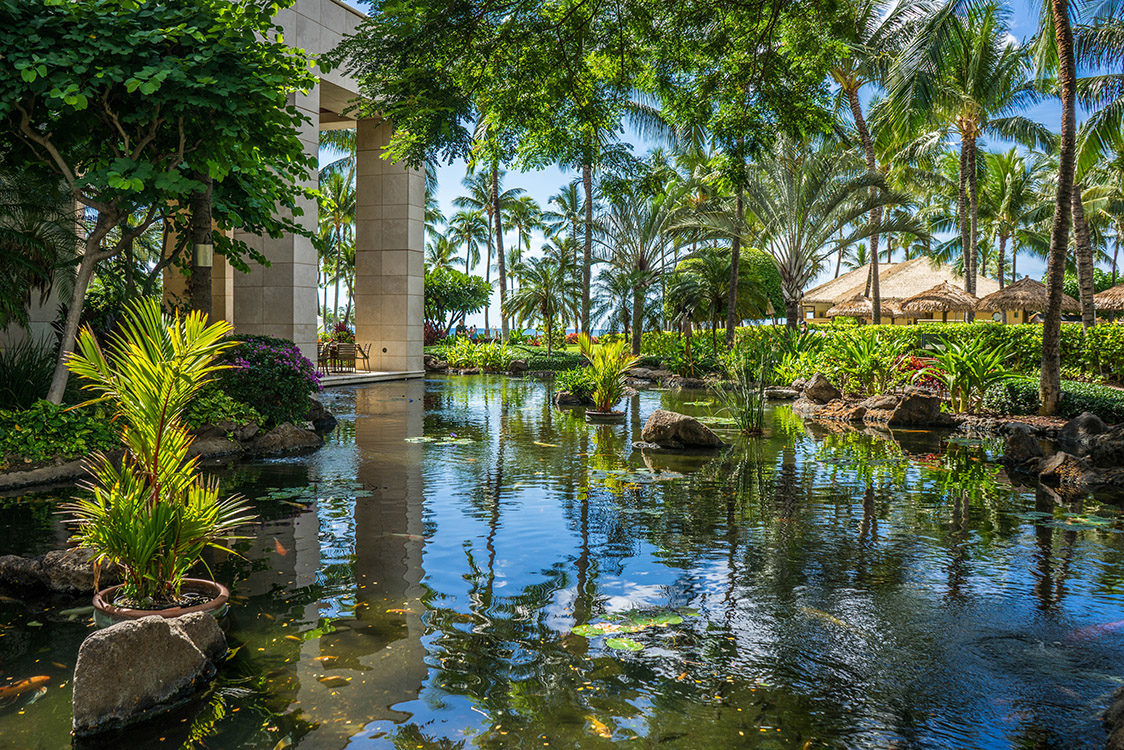 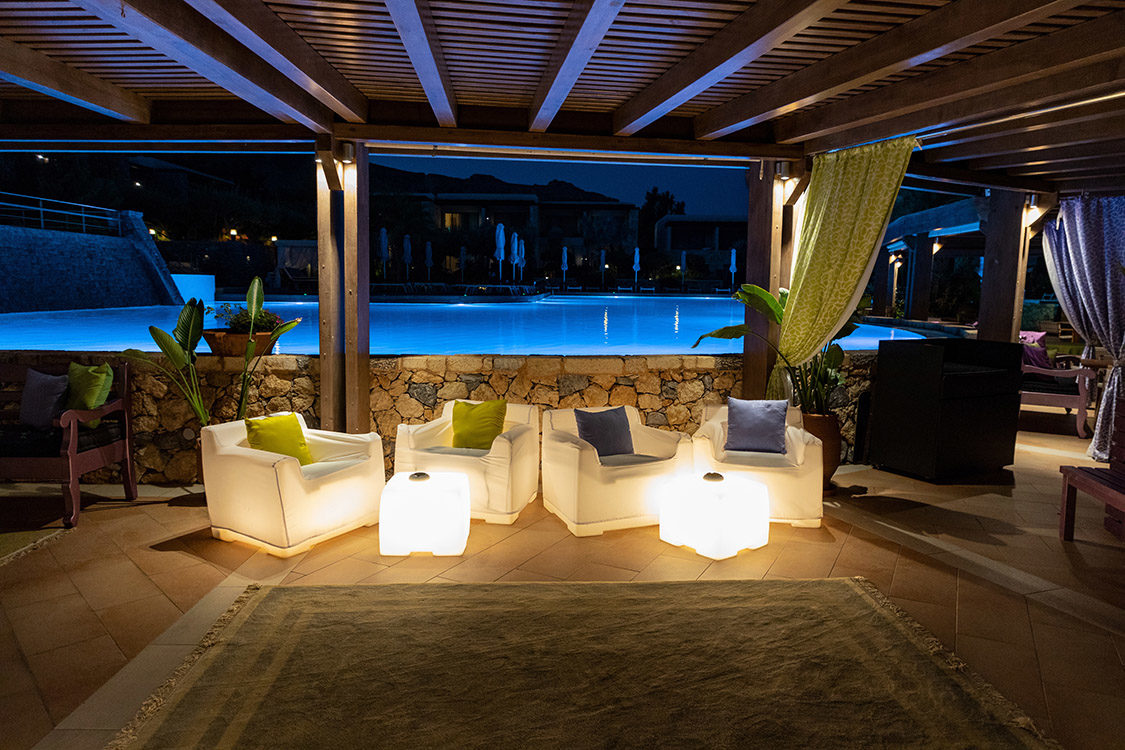 Considering the abundance of activity, history, culture, nature, sustainable efforts and investment potential the area has to offer, the future of Loulé just seems to get brighter from here.

Experience an Art Exhibition with a Wine Tasting this January 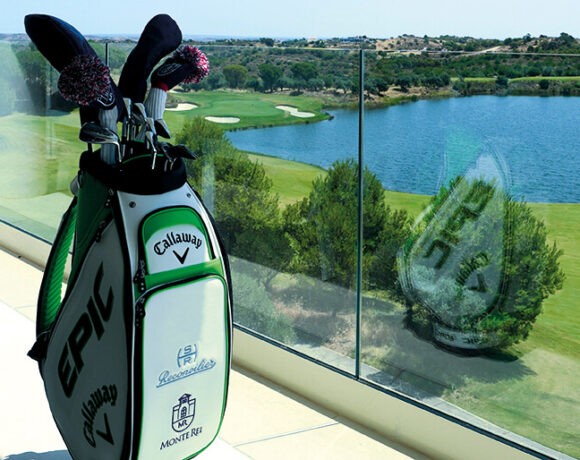