Negra Mole: The Algarve in a b..

The luxury of space: The allur.. 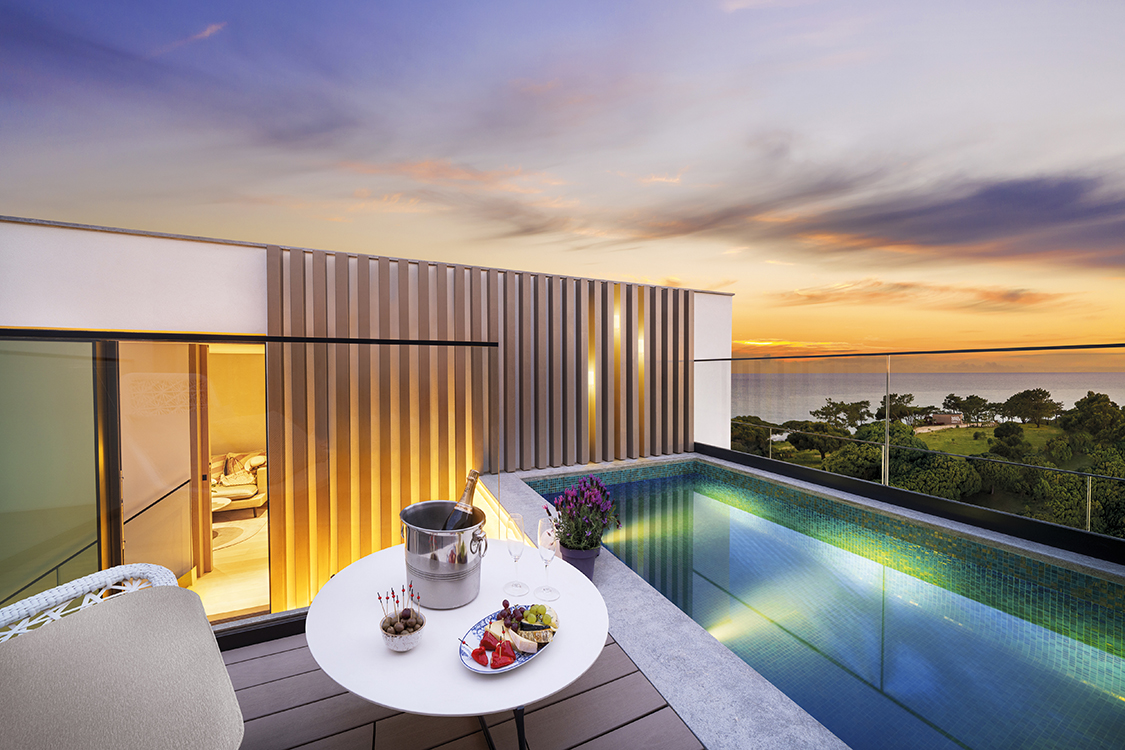 Miguel Palmeiro, commercial director at the Vilamoura World Group, has been working on launching the Central and Uptown developments since 2018. “When the pandemic started, we immediately realised we had to adapt very quickly” by reinforcing the existing digital tools for market prospecting and customer support. “In April, we did the virtual launch of the Uptown model home at a joint event with the British-Portuguese Chamber of Commerce”, which resulted in sales. 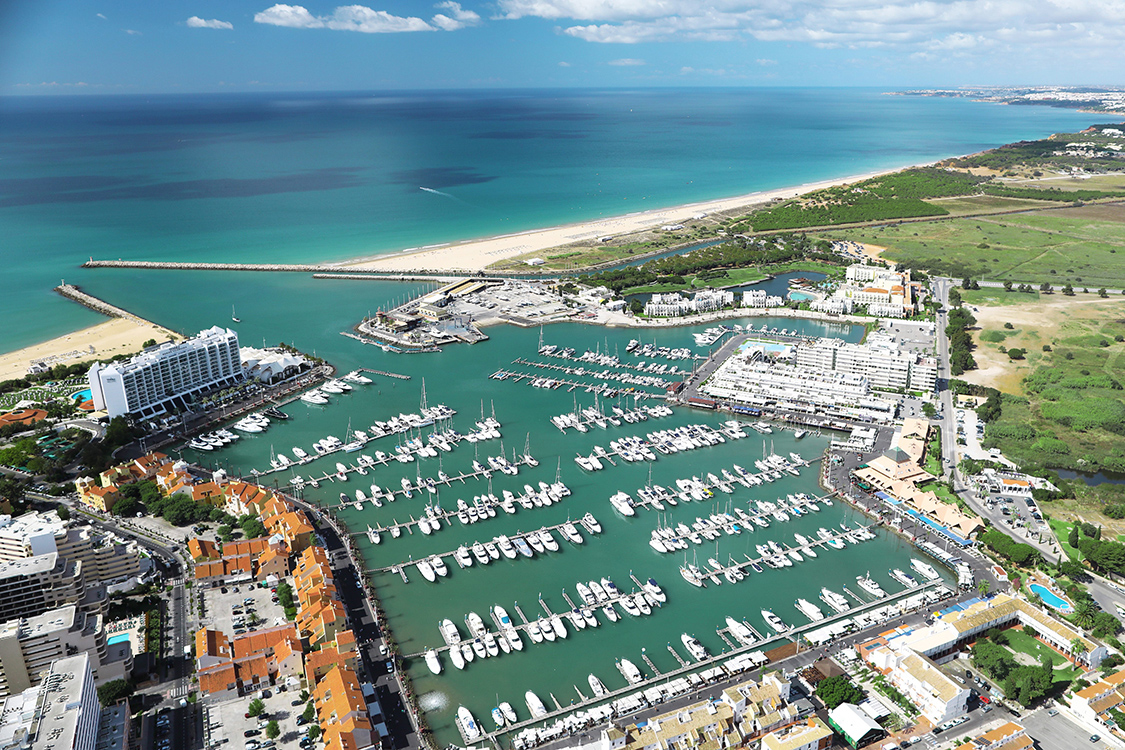 “Construction hasn’t stopped either and we haven’t changed our goals. Real estate is not a business of immediate consumption, but rather long-term. Therefore, we need to understand and follow market trends in order to have a greater degree of certainty about the various possible scenarios. But even during this critical period we didn’t have any cancellations or forfeits, on the contrary, there has been plenty of enthusiasm. There was a market expectation regarding the prices that eventually stabilised,” he explains.

As for construction, Palmeiro explains that they are completing “the first phase of Central, with 41 semi-detached houses of two, three and four bedrooms which are nearly complete. The first were delivered last October and around 61% of this phase is already sold”. According to the commercial director, the client profile is a bit heterogeneous. “We have some phenomena that mark the launch, such as the recovery of real estate in a Brexit environment at the same time. We still have the loyalty of Portuguese clients, who make up 30% of the nationalities. The rest is very diverse, from Canada to Russia or Saudi Arabia, with none standing out,” he details. 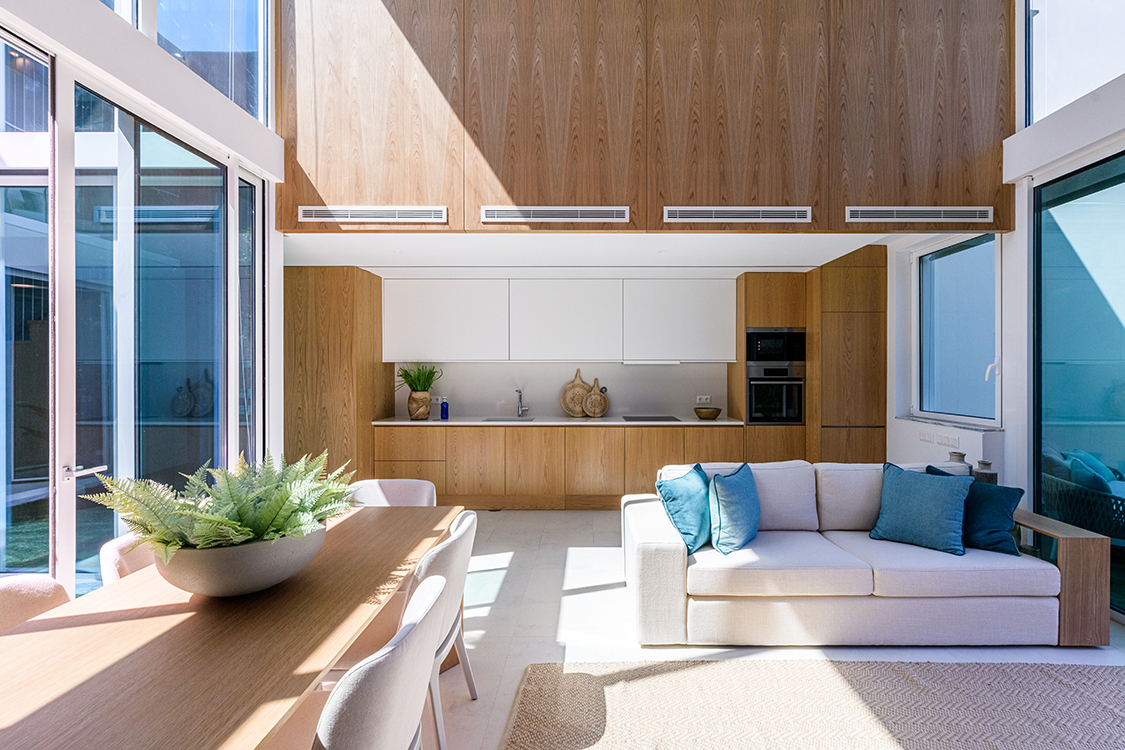 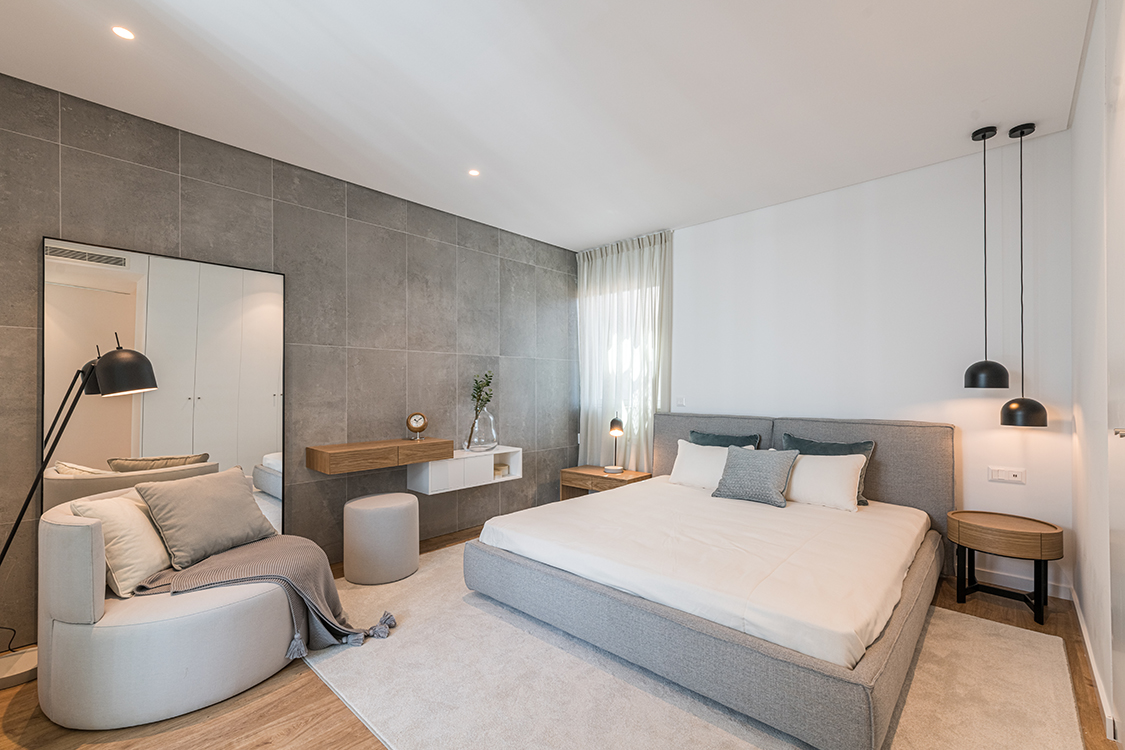 Central is a premium product, developed as a luxury condominium, “although with very affordable prices, when compared to other areas. The average price is €4,300 per square metre”. On the other hand, at Uptown, the first deliveries were in December and January. “It’s a different product. It’s located at the north entrance of Vilamoura, which is an expanding area. It’s a three-pronged project: residential, tourist and commercial. This leads to a neighbourhood feeling, more geared towards family life, in a destination linked to golf and nature. There are a total of 134 units. We launched 31 units, from apartments to villas”, which are mainly attracting Portuguese and Brits.

On the other side of the Algarve, Kronos Homes, the owners of two developments in Silves and Lagos, is also standing strong. “We took advantage of this forced break to focus on the business model,” says Alda Filipe, sales and marketing director. “We prepared the return based on the need to reinvent and re­adapt ourselves. For Amendoeira Golf Resort, we have reinforced the services focusing on the comfort of the guests and we quickly adapted to all the regulations announced by health authorities. We were already planning on doing some remodelling work to the clubhouse and sports bar, which was finished in late July. With Palmares Ocean Living & Golf, our flagship project in Lagos, all development plans in progress and planned for 2020 have remained unchanged,” she explains. 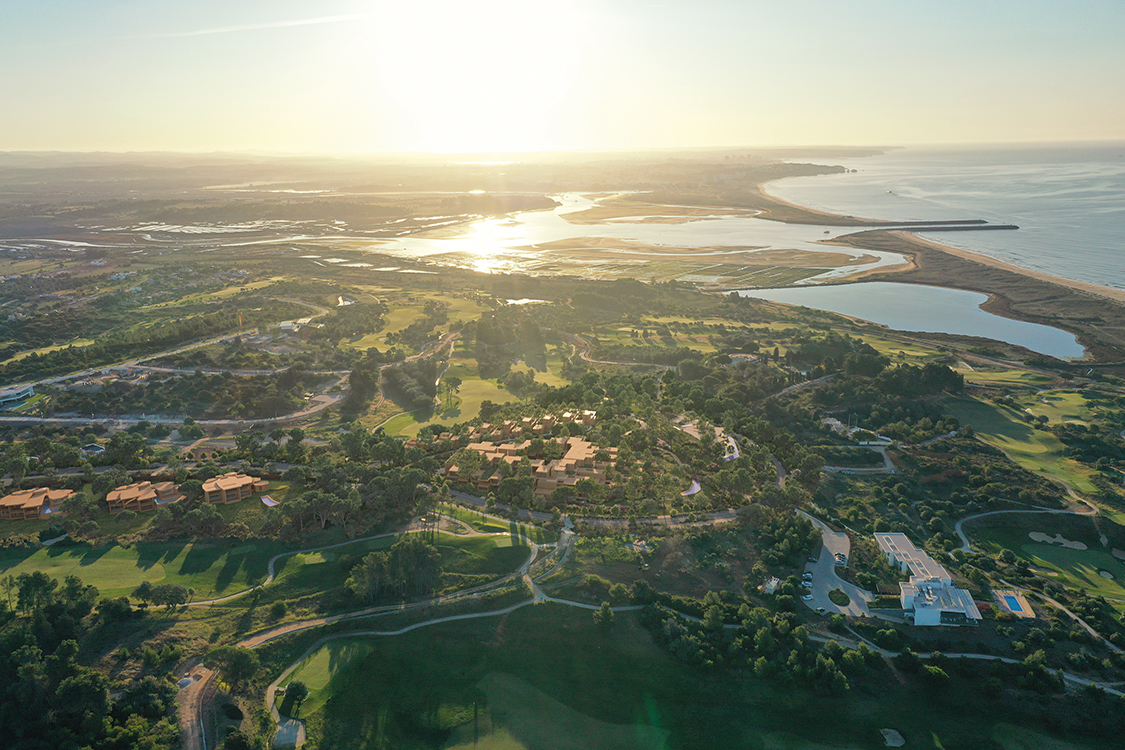 Signed by award-winning RCR Arquitectes, the new Palmares clubhouse will be unveiled in autumn. “Meanwhile, we have started the construction of the first of eight luxurious turnkey villas and are also already building the Signature Apartments, exclusive units with sea views,” reveals Alda Filipe. A total of 460 units are expected to join the boutique hotel, existing villas and the 27-hole golf course, already operating, 103 of which are exclusive villas and 357 apartments, as well as an international brand hotel with 172 rooms, sports and leisure facilities.

“At the moment, the market is showing a clear decrease in activity, but this isn’t reflected in decreased prices, much less in high-quality projects. The Portuguese real estate market has been immune to the pandemic when it comes to average sale prices, which are showing signs of great stability, with a tendency to rise,” states Alda Filipe. 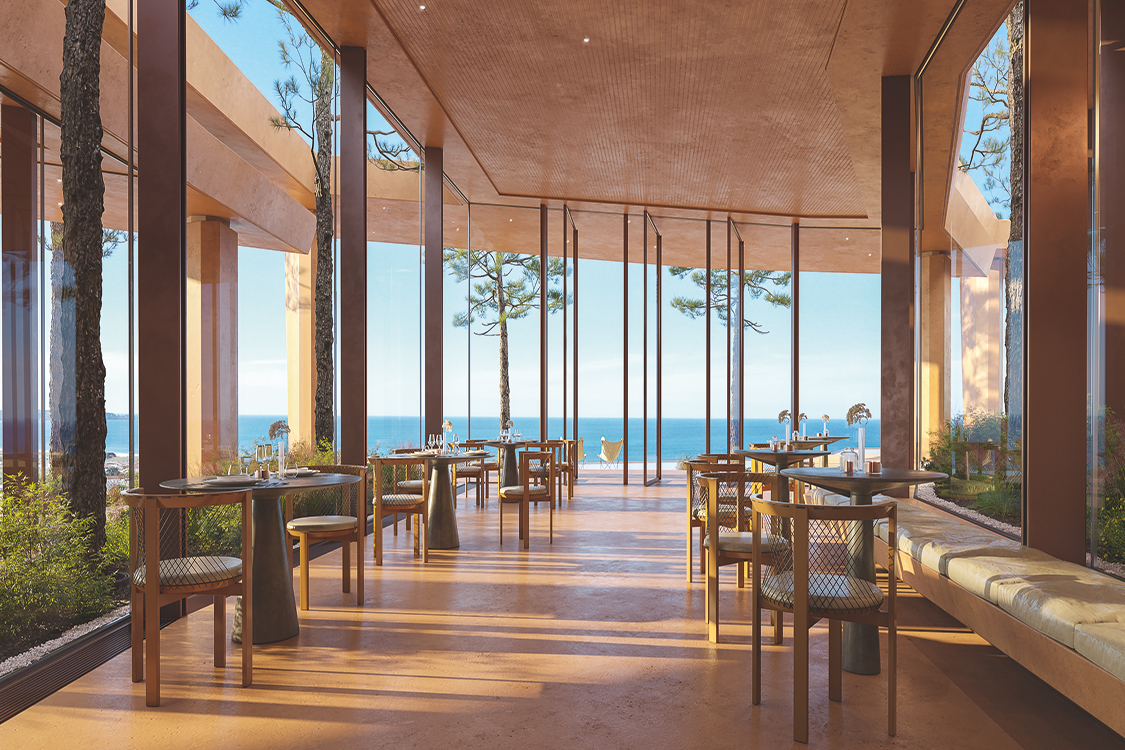 Another project in progress is the much-awaited Ombria Resort, in Loulé, by Grupo Pontos. According to Sabrina Pessanha, PR and events manager, they have no plans to cut the expected investment (around €300 million by 2030). “Construction is on schedule and work is proceeding at a normal pace. Everything currently under construction, which includes the Viceroy Residences, 65 tourist apartments for sale, the five-star Viceroy hotel at Ombria Resort, the Conference Centre, the 18-hole golf course and all supporting structures such as restaurants, spa and swimming pools, will be ready by the beginning of 2022, as planned”, she assures.

And because the project is located in the Algarve’s interior, in an area with a very low population density, the pandemic context may even be an asset. “New trends and paradigms are already emerging in residential and tourist real estate about where to invest and live. The lockdown highlighted the increased demand for homes with larger outdoor and indoor areas, with easy access to large green spaces and clean air,” says Sabrina Pessanha. “For many people, a proximity and connection with nature, physical and sanitary security are becoming major key factors in real estate investment decisions. So yes, at Ombria Resort we feel there is more interest in our properties by potential buyers,” she states. 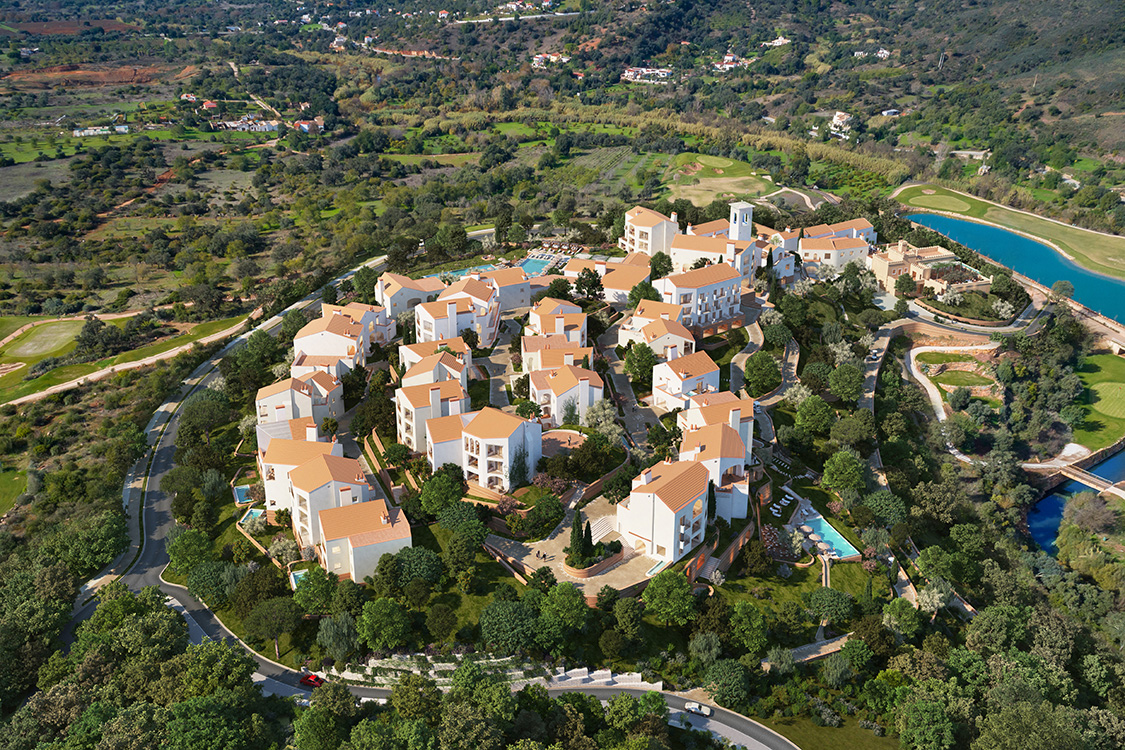 “Sales on the 65 Viceroy Residences began in December 2019. By the end of February, we had sold around 20% of the units and decided to increase prices by 5% at the end of March. Prices will continue to rise as construction and sales evolve,” she predicts. “This product we are selling, the Vi­ceroy Residences, luxury apartments and villas from €368,000 to €4 million, are not affected by this or any other pandemic,” Sabrina Pessanha assures.

The owners of Ombria Resort will also invest around €30 million in the construction of the Alcedo Villas, 12 isolated luxury villas. Located on a plot adjacent to the hotel, they will be built on individual plots from 1,700 to 3,300sqm. They can have from three to seven rooms, heated pools, elevator, rooftop, a three-car garage and gardens. “We also expect to move forward with the construction of another residential cluster, the Oriole Village. There are 83 apartments, townhouses and semi-detached or detached houses with no mandatory use restrictions. The properties vary from one to four bedrooms, with indoor areas of 80 to 300sqm,” says Sabrina Pessanha. 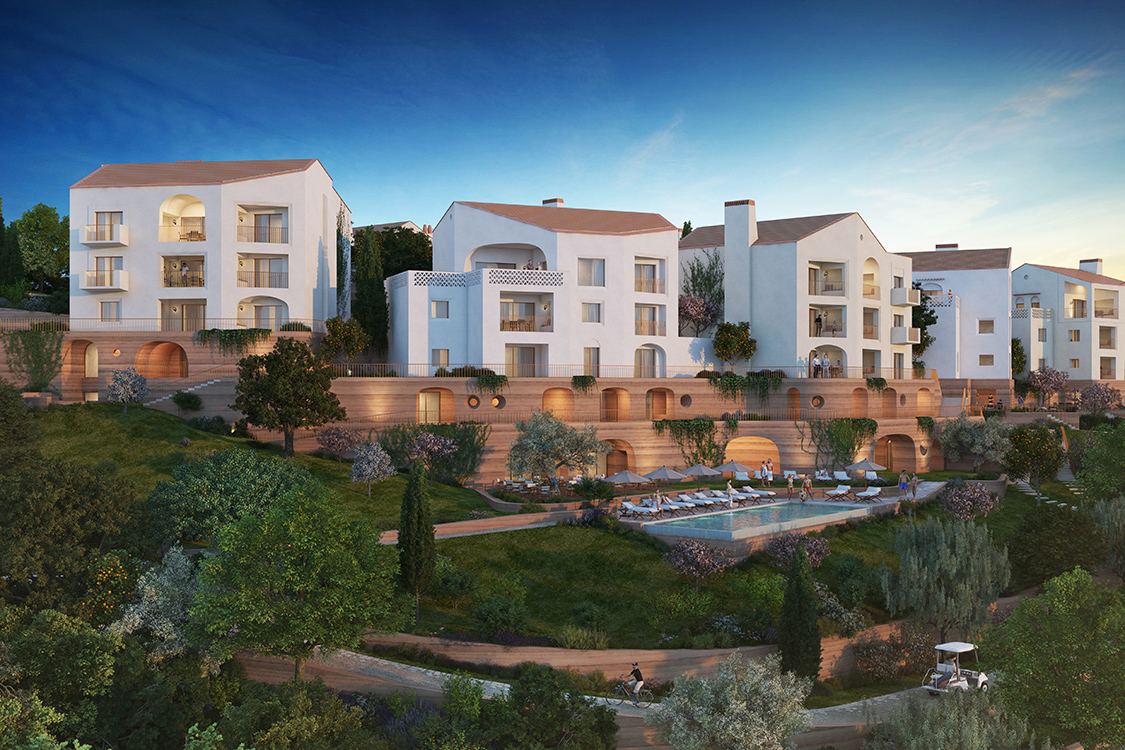 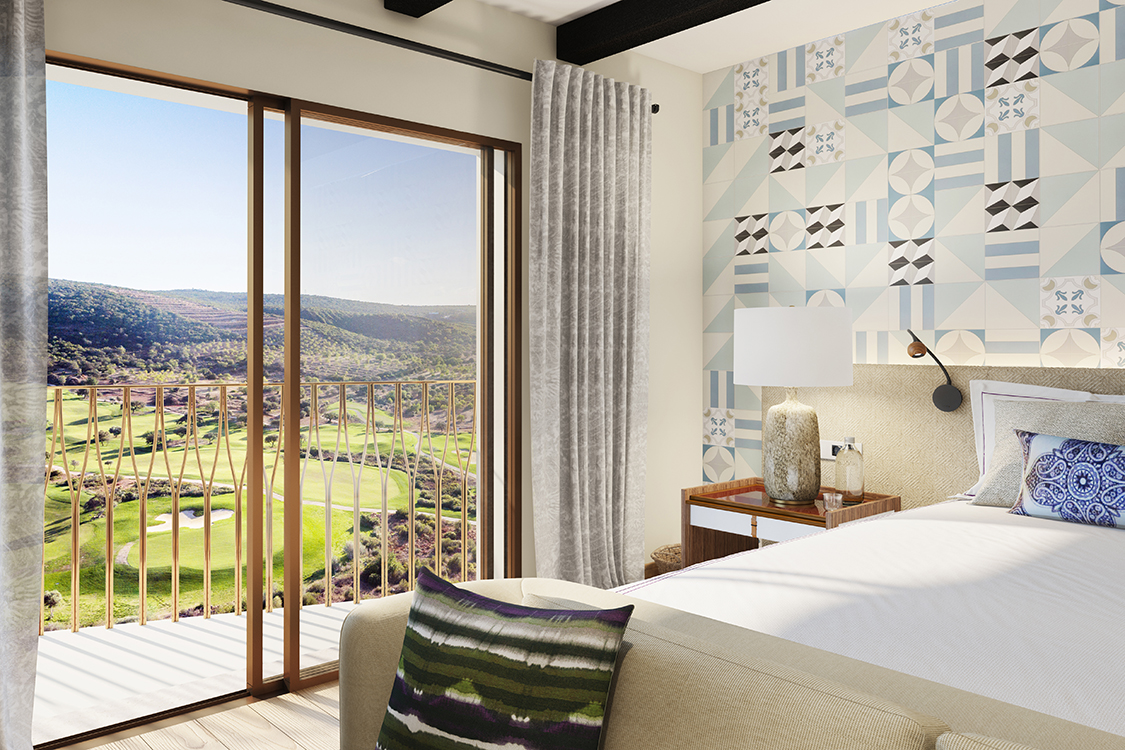 Finally, the highly anticipated W Algarve Residences, in Galé, Albufeira, a development marketed by QP Savills in the Algarve, is on schedule to open in early 2021. “We have nearly completed around 70% of the total cost of the project, with all the furniture, equipment and decoration assigned, and we are starting the pre-opening activities of the resort,” says Karin van den Hemel, sales director. “We have reinforced our social media presence and have organised a webinar with over 100 participants. It was a successful strategy and, in July, we sold 90% of the second phase. I think it’s a good time to introduce the W Algarve Residences to the market, especially since we have been recognised by Forbes as one of the most important luxury hotel debuts of 2020.” 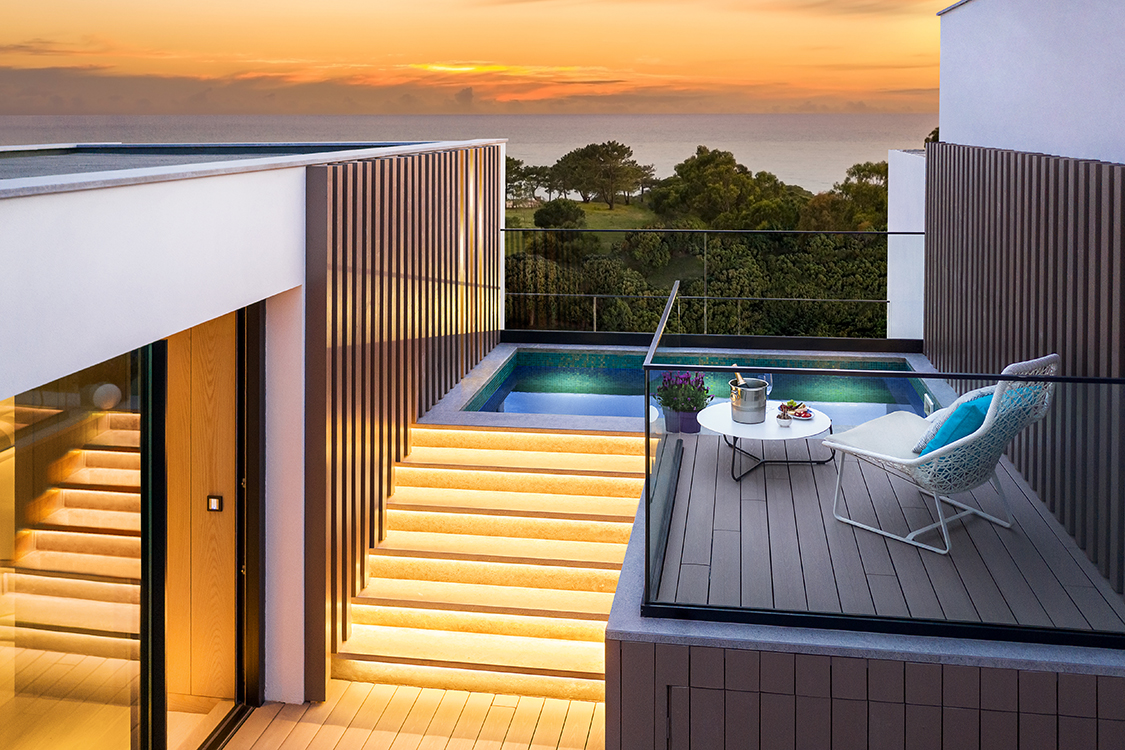 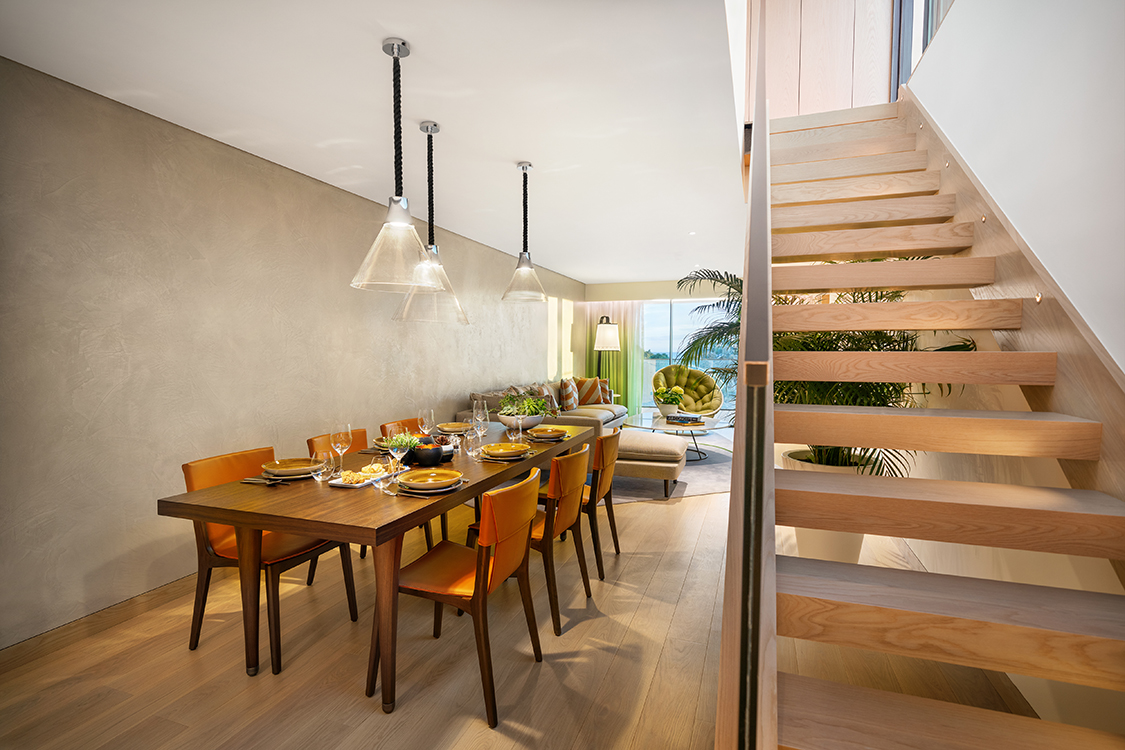 The project also foresees the construction of the W Algarve Hotel and 83 one- to three-bedroom apartments along with a four-bedroom penthouse. Some of the units also have a private pool.

Prices start at €555,000 and residents can enjoy meals served in the apartments, discounts at the hotel facilities, room and laundry service, and preferential prices in Marriott group hotels.