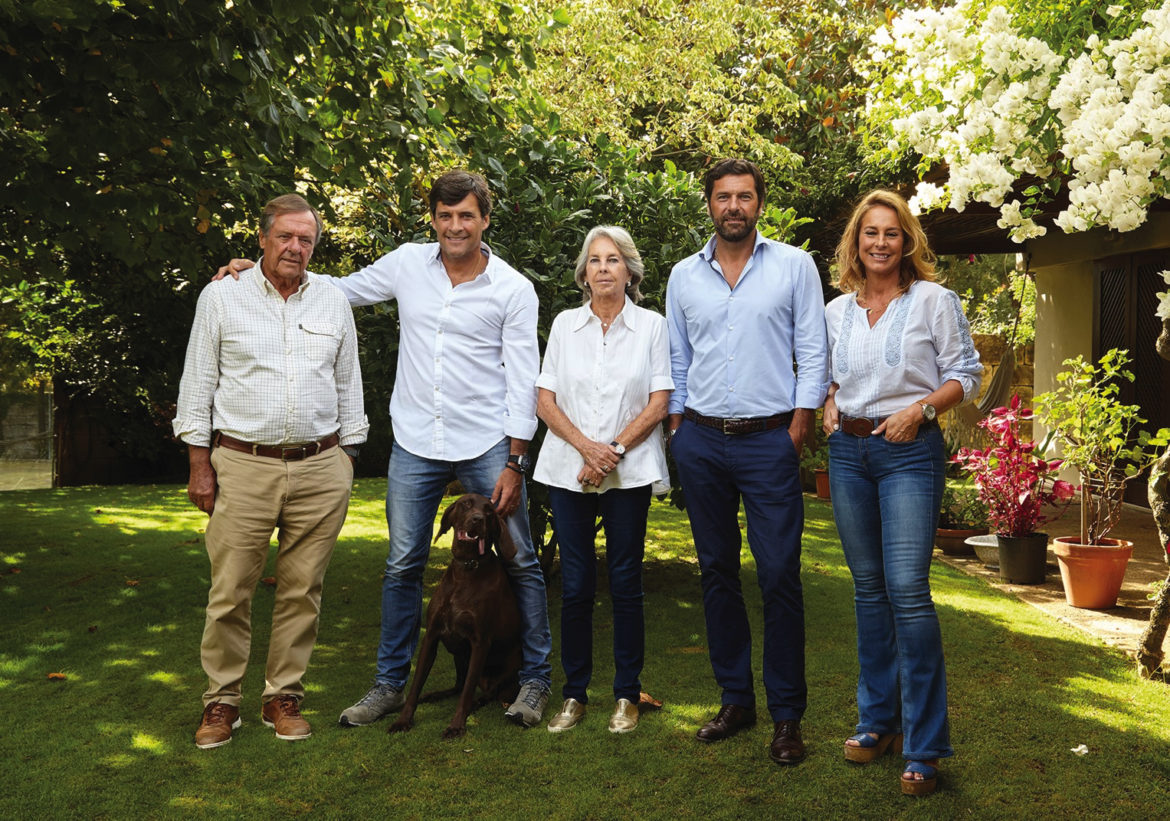 For lovers of wine, and of Port in particular, Quinta do Crasto needs no introduction.

One of the oldest and most prominent estates in the Douro, its history gets lost in time, although records indicate it first emerged in the 17th century. Located on the left bank going up the Douro River, between Peso da Régua and Pinhão, the estate is part of the oldest demarcated and regulated wine region in the world since its creation in 1756, where the prestigious Port wine comes from.

The estate was first owned by noble families from the city of Vila Real and nearby Ansiães. It later belonged to the Pacheco Pereira family, united in marriage to the Sottomayors who, at the turn of the 19th century, sold it to the prestigious Port wine merchant Constantino de Almeida. He dedicated his later years to recovering the Quinta, investing in replanting the vines devastated by phylloxera and in developing the wineries and remaining infrastructure. After the businessman’s passing in 1922, the Quinta was passed down to his widow and their children, who continued to build on the business. The Sociedade Agrícola da Quinta do Crasto was established the following year, led by the son, Fernando de Almeida.

The estate remained in the orbit of the Sociedade dos Vinhos do Porto Constantino for almost four decades, during which time it established itself as one of the biggest Port wine exporters. For the Portuguese, it is perhaps easier to identify it through the famous Constantino brandy, whose famous slogan was “A fama que vem de longe” (fame comes from way back), which the older generation will no doubt remember.

The 1980s saw the noble estate’s most recent chapter: the daughter of Fernando de Almeida, Leonor de Guedes Almeida, and her husband, Jorge Roquette, acquired the shares of various family members and launched a new modernisation project, looking to produce high-quality Port and Douro wines under the name Quinta do Crasto. From the ‘90s onwards, the wines produced there gained ground and were very well received by both critics and consumers. The positive market response led to new investments in the existing vineyards and the plantation of new ones, along with the acquisition of properties and the modernisation of the winemaking and storage centres.

Since then, with the wine produced from the 220 hectares of vineyard (placing it among the top 10 producers in the region), Quinta do Crasto has a built up a portfolio of Douro and Port wines that has incessantly garnered prizes and distinctions all around the world.

To mark the 400th anniversary of the property (1615-2015), one of the oldest in the Douro — while also “paying tribute to the men and women who, throughout the centuries, have invested in the vines and created authentic, unique wines that have long been recognised among the best in the world” — Quinta do Crasto decided to launch two exceptional wines bearing the title Honore, taken from the house’s motto created by Constantino de Almeida, Honor et Labore.

This unique and exclusive launch comprises Honore Douro and Porto Honore. The first is a wonderful blend made from two of the estate’s most iconic wines: Vinha Maria Teresa and Vinha da Ponte. With 71.2% of Vinha Maria Teresa 2015 and 28.8% of Vinha da Ponte 2015, Quinta do Crasto Honore was aged in brand-new oak barrels for 20 months. Just 1,615 numbered magnums were bottled, in homage to the estate’s four centuries of history. The second, which can be considered the highlight of this celebration, is the Porto Honore, a tawny over 100 years old, made from a very limited number of casks belonging to Constantino de Almeida’s stock, on the estate for three generations.

More than a wine, this is a luxurious edition in which all the details are on par with the importance of the milestone. Honore Porto is presented in a solid oak box, in a crystal decanter produced by Atlantis, decorated by hand in sterling silver by Topázio, and the 400 units produced are likely to be acquired by collectors of exceptional Ports such as this one.