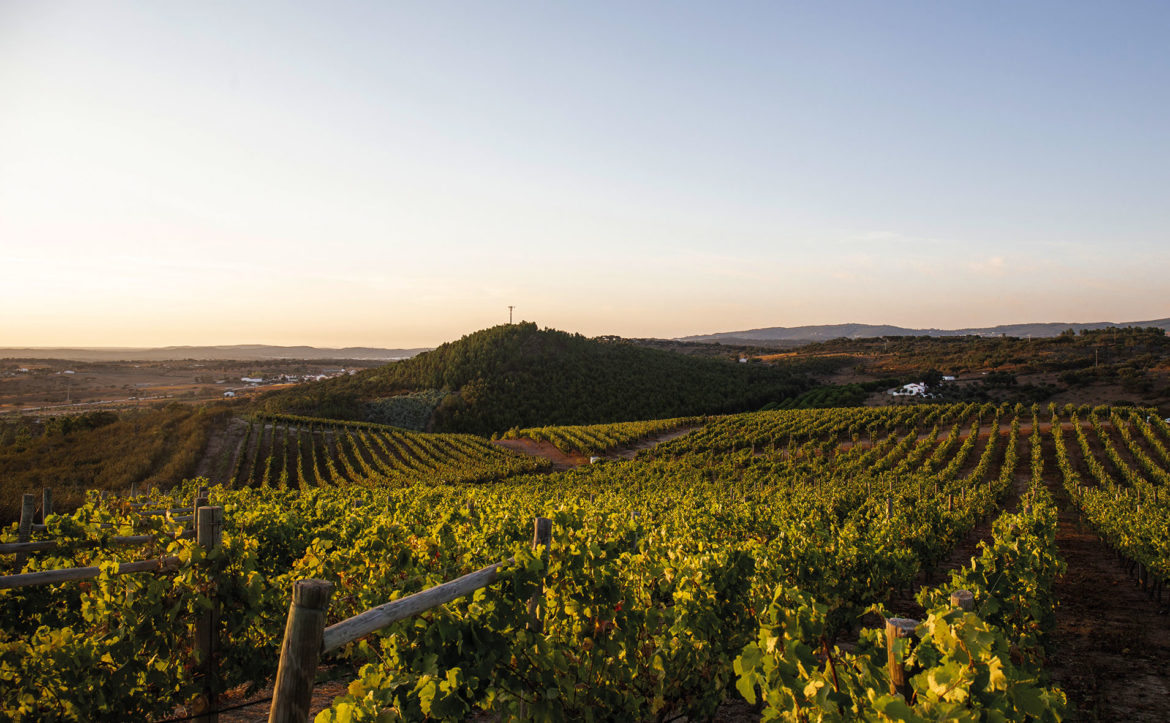 After searching for several years for a suitable winery and vineyard to buy, we eventually gave up on this approach and decided to rent winery space in existing wineries. This in theory was a good plan and we had reasonably successful relationships with the likes of Azamor, near Elvas, Dona Maria in Estremoz, and Perescuma in Vendinha, but it was never an ideal setup. Even with a lot of mutual goodwill, there is inevitably a fall out over vintage fermentation space, choice of tanks, space for barrels.

So it was a huge relief when, in 2018, with some added investment, we decided to bite the bullet and purchased an historic old Grémio building within the walls of Estremoz for the purpose of building our own winery. It was very run down and in need of serious refurbishment, there was great pressure to knock the building into shape and have the winery ready to receive grapes in time for the harvest. Luckily, nature was on our side.

It was a very late vintage and after some nervous moments, including meetings with the Estremoz town council to get the industrial licensing done in record time, we were ready to take grapes on September 13, about three weeks later than in 2017. One of the attractive internal features of the winery was the use of urban art to decorate the walls and add some life and colour to the building.

The vineyards are in the Portalegre region — I am a great believer in this cool climate area as the place for the future in the Alentejo to escape from the hazards of climate change. The seven-hectare vineyard is set at a 600-metre altitude with all the top red grape varieties, and we have contracts with farmers with small plots of very old vines, both red and white, for the production of super-premium wines.

The project also includes an Alvarinho, made in the Melgaço vinho verde region in partnership with a local producer. The standard wines are branded Sonhador, meaning ‘dreamer’ in Portuguese, a fitting name. We have been exporting the wines for a number of years and have only recently appointed a local distributor to look after the local market. In the Algarve, the wines were planned to be available as early as 2019.

We believe that as an urban winery, built within the city walls and a five-minute’s walk from the city centre, we have a privileged location with great potential for tourism. The second phase of the winery building will be to build a cellar door sales area, a wine shop and a restaurant.

According to the town council, there is growing interest in Estremoz as a tourist destination — along with our winery, there is soon to be a new Joe Berardo tile museum, and a new town library.