Quinta do Lago named number on.. 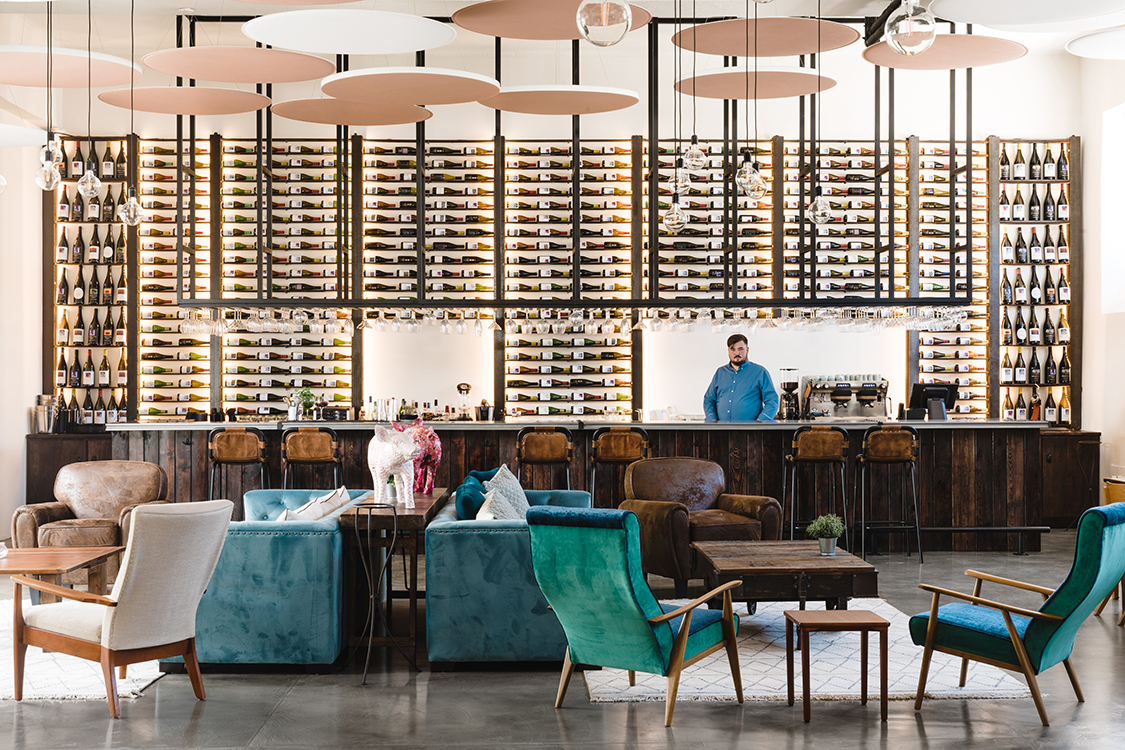 In the heart of Portugal’s largest winemaking region, a modern winery is bringing wine, art, and charity together under one roof

Winemaking is a trade of passion and patience. From planting vines, caring for them, and harvesting, to creating blends and aging them, it is a time-consuming business, which requires a lot of love and dedication. For Howard Bilton, a Yorkshireman based in Hong Kong, this passion took on a whole new dimension when he decided to set up his own winery in Portugal, adding his other two biggest passions to the mix: art and charity. 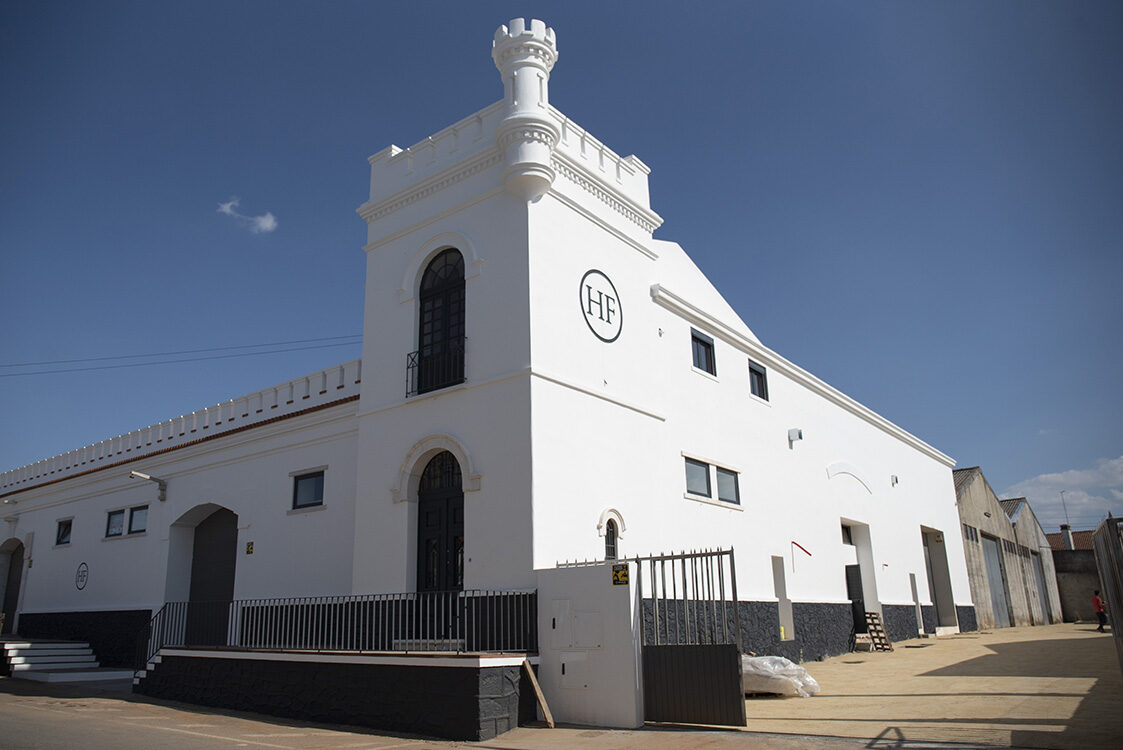 His first visit to Portugal in 1986 made a big impression on his tastebuds: “I paid most attention to Ports and, as for reds, I started drinking D.o wines. Over time, I realized that, although Portugal was not one of the most valued countries, it had good quality wines and enormous potential”, he recalls. Having worked in the wine trade business with his father at a young age, over the years Howard had the opportunity to taste and collect wines from all over the world, and not just any wines. “I started collecting French, Italian, Spanish, Californian wines, amongst others.” So, when this entrepreneur and avid art collector decided to make his own wine, he knew exactly what he wanted.

A great fan of Esporão, he didn’t hesitate to contact their chief-winemaker David Baverstock and challenge him to get on board with this new venture. Howard knew exactly what he was doing when he teamed up with David, who is celebrated as the pioneer of modern winemaking in Portugal and was voted Winemaker of the Year by Wine magazine — not once, but twice, in 2013 and 2015. 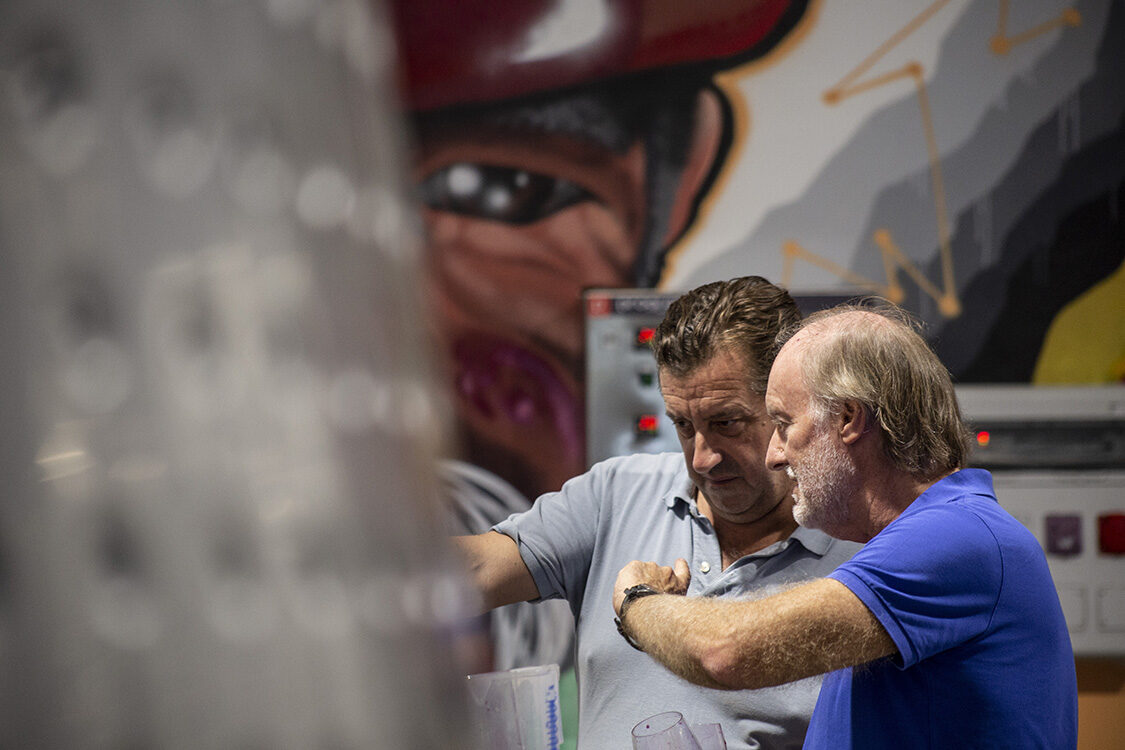 Raring to create something new and exciting, the pair launched their project in the Alentejo in 2002, buying grapes from vineyards around Portalegre and renting production facilities. Their wines soon gained high scores in Robert Parker’s wine bible and caught the attention of respected critics. But when a string of temporary production arrangements let them down in 2018, Howard and David decided to take the plunge and invest in their own winery.

They looked at several properties, but nothing made sense, until they chanced upon an intriguing-looking building in Estremoz, a large warehouse resembling a whitewashed castle. Just a stone’s throw from the town’s main square, it was ideal for Howard’s plan, which would bring together wine, art, and charity under the same roof, as well as contribute to the local economy and the developing wine tourism industry.

With the Englishman’s vision and the Australian winemaker at the helm, the project started with a state-of-the-art winery — the only urban winery in the region — with walls covered with contemporary art, such as a huge graffiti mural by Portuguese artist Le Funky. Here they make small batch premium wines, made with grapes from Portalegre vineyards, in the Alentejo, and Alvarinho grapes from Melgaço, all the way up north in Vinho Verde country. 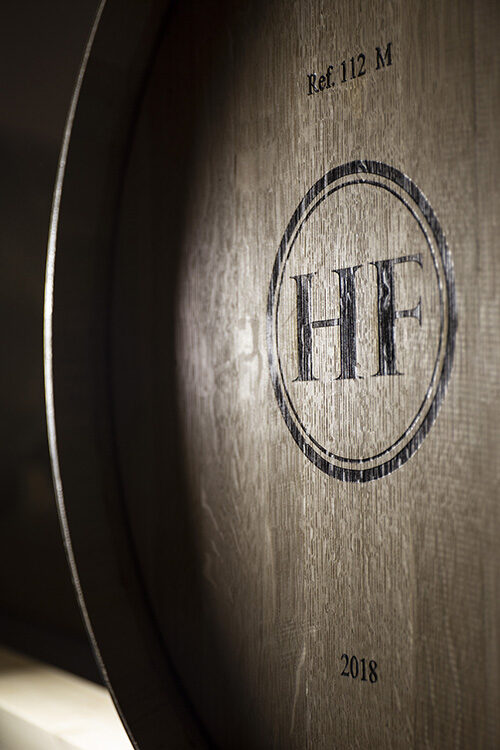 For David, Portalegre was an obvious choice, due to the freshness of the terroir, on the slopes of the Serra de São Mamede. “We are great believers in this cool climate area as being the place for the future in the Alentejo, to escape from the hazards of climate change,” explains the Australian winemaker. As for the Alvarinho, it had to come from its terroir of origin.

The result is a portfolio of premium wines that includes reds, whites, a rosé, a special edition amphora wine, and, more recently, a unique Carcavelos wine. Their entry-level range is called Sonhador, meaning ‘dreamer’ in Portuguese — Howard and David’s dream come true.

The whites include the Sonhador Branco (€12), a field blend with great complexity and freshness, and the Alvarinho (€12), bursting with fresh citrus aromas and exotic notes of lime, ending with the stony granitic acidity typical of the Monção and Melgaço Region. The Sonhador Tinto (€12) is a blend of Syrah, Aragonez, Touriga Nacional and Alicante Bouschet, vinified separately for added complexity in the final blend, whilst the Reserva (€35) is made with Syrah and Alicante Bouschet, a wine of great finesse with structure, intense aromas, and freshness. The Wine Makers Choice 2013 (€19) is a blend of Syrah, Alicante Bouschet, Aragonez, and Touriga Nacional. It has complex aromas of dark berries and plum fruits and has good bottle ageing potential. As for the Sonhador Ros. (€12), released in the summer of 2020, it is a full-bodied blend of Aragonez and Castelão. There are also several special edition wines, such as the rare 1991 Carcavelos fortified wine, and quite a few new releases to come soon, as Howard and David’s imagination has no end. 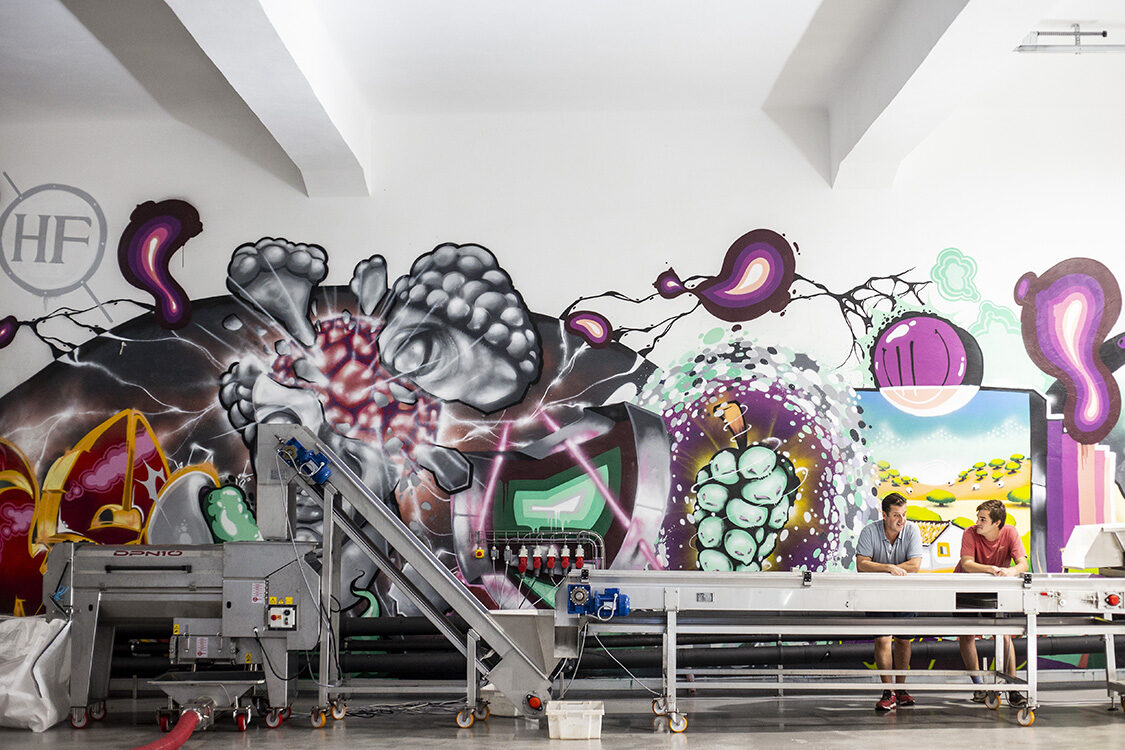 Here, everything is connected. Even the wine labels bring Howard’s three passions together. Not only are they actual works-of-art, but many of them were designed by winners of the Sovereign Art Foundation prize — a charity set up by Howard, which uses art prizes to raise funds to assist underprivileged children, using art classes as therapy and rehabilitation. Others feature artwork by world-famous artists such as British painter Howard Hodgkin.

All of the wines can be tasted in the visitor’s centre — where you can also take part in wine-blending workshops — or in The Folly restaurant, both of which opened their doors in February 2020. Designed by Arkstudio, the bar area and restaurant have a cosmopolitan atmosphere, complemented by Howard’s eclectic selection of artwork, and boasts what must be Estremoz’s longest bar. The large rooms are filled with natural light, thanks to an indoor terrace, and at the top of the eastern tower, Howard has even created a space for art exhibitions.

His passion for art is evident everywhere. Dotted around the bar and the restaurant, we find a collection of colourful pig statuettes, which were part of a “pig parade” Howard organised in Hong Kong in 2019 — the year of the pig — as part of an exhibition and charity auction to help children in need in Asia. 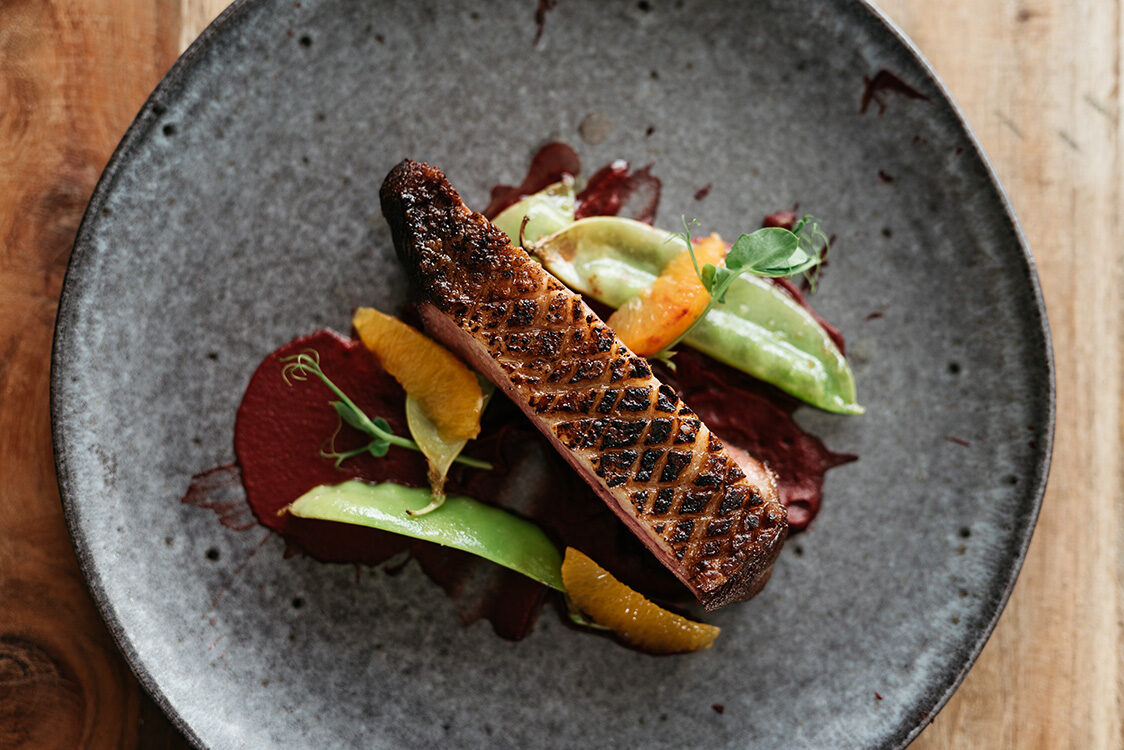 In the kitchen, with tattoos on his forearms, a samurai-style haircut, and a passion for heavy metal, chef Hugo Bernardo has come to rock the Estremoz food scene. Inspired by the richness of local Alentejano products, he gives traditional dishes his own twist to create contemporary dishes, all of which are purposely made to be shared. The menu is in constant evolution, focusing on seasonal and locally sourced products.

To start with there is a “deli board” of local cheeses and cold cuts, and snacks such as alheira croquettes (poultry sausage) and a steak sandwich. The main courses include a duck magret with beetroot purée, sea-bass ceviche, and sirloin steak. For dessert, sweet and sticky figs are paired with an almond tart in the summer months and chocolate mousse is topped with pennyroyal meringue. The perfect pairing is selected from the wine list, which was carefully curated by David Baverstock, and features all of Howard’s Folly’s vintages, as well as wines from other local producers, such as Comenda Grande and Mouchão.

As for the future, well, the sky is the limit for Howard Bilton, who hints at wanting to “further develop wine tourism here, allowing people to stay more than one night in the city”.