Where There is Wine, There is Hope: Lisbon’s...

A Flagship for Wellness: An in..

Where There is Wine, There is Hope: Lisbon’s new Quinta da Boa Esperança 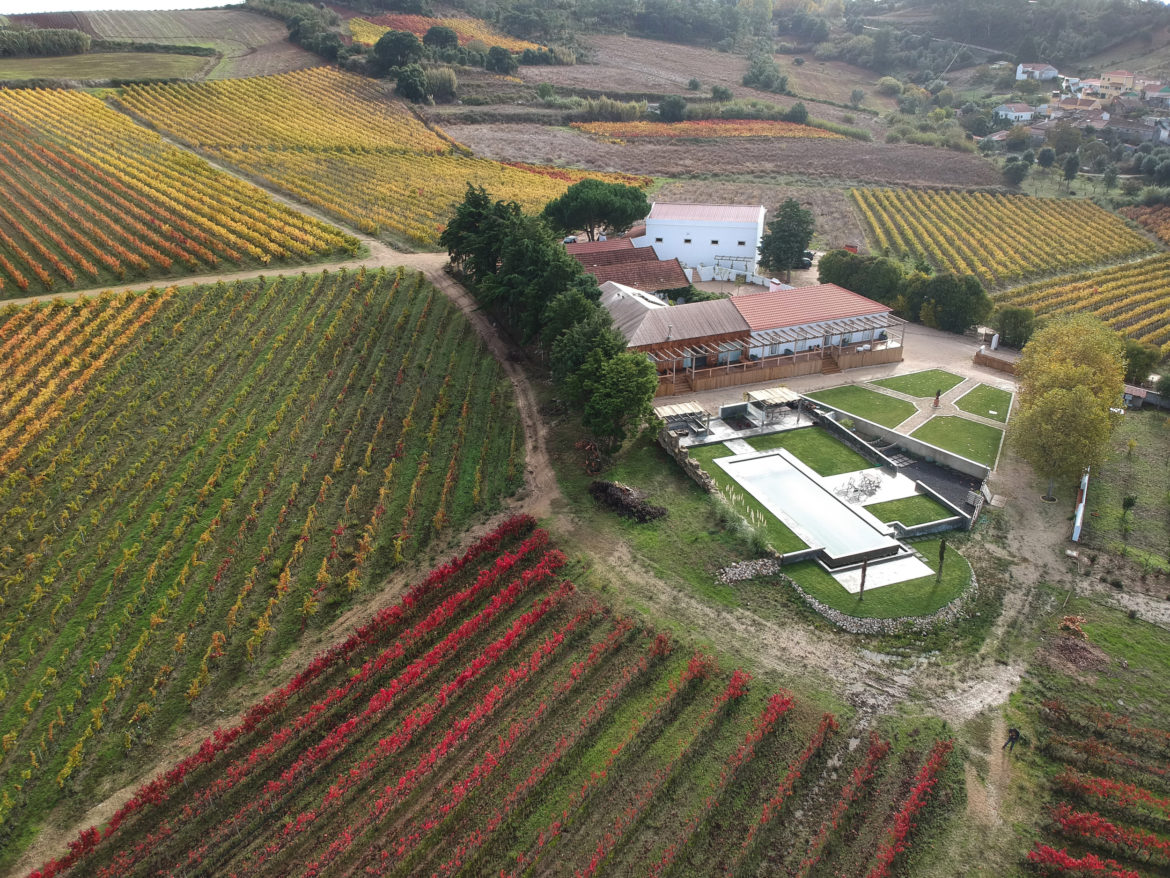 Created with passion, a new family project is taking shape in the Lisbon region

Located in the small village of Zibreira, in the heart of Lisbon’s wine region (45 minutes from the capital), this old farm was already producing wine for over 100 years before Artur Gama and his very talented and creative wife Eva Moura Guedes bought it in 2014. Eager to put their stamp on the project, the new owners refurbished the estate to their taste, transforming it into a contemporary winery, which reflects their way of thinking and living, in a very rural environment.

In the vineyard, they kept the Alicante Bouschet vines, which are about 15 years old, and planted new grape varieties: Caladoc, Aragonez, Castelão and Touriga Nacional for the reds, and Arinto, Fernão Pires and Sauvignon Blanc for the whites. In total, they have eight hectares of vineyard.

“Our main concern is the quality of the fruit. The vines are well looked after all year long and the grapes are harvested manually,” says Teresa Figueiras, responsible for the Quinta’s sales and marketing. “In the winery we want to limit our intervention to a bare minimum. We don’t want very ‘oenological’ wines, but rather for the fermentation to occur naturally.”

The vineyard enjoys the coolness of the sea (15km away) and a privileged location, compared to other producers in the region.

“We have around 14 hours of solar exposure a day, that’s why our reds are such a success,” explains Teresa. This is one of the best possible solar exposures for the maturation of red grape varieties, and the clay-limestone soils give the wines salinity, minerality and great freshness. One can even find algae in the ground, as a river ran through the valley over a century ago.

The small modern winery, run by Artur and his brother António and located in a former warehouse, can produce up to 120,000 bottles a year (currently it ranges between 50,000 and 60,000). Although production has increased since 2015, Artur does not want to grow much more.

“We had our first vintage in 2015, a great year for everyone,” recalls Teresa, who has plenty of anecdotes up her sleeve. “Our Alicante Bouschet has a funny story. When the project started, we were going to remove this variety, because it doesn’t grow very well in the region. As the vines had already been pruned, we decided to wait until the following year to remove them and plant other grape varieties. The grapes were harvested and we produced a single-varietal of Alicante Bouschet. The result was unbelievable: it is the best wine we produce!”

To guarantee the success of this growing project, Artur invited Paula Fernandes to be resident winemaker — having previously worked together, he was already familiar with her special skills.

Along with Rodrigo Martins, the consulting oenologist, Paula is working on developing the Quinta da Boa Esperança wine range. The original idea was to limit the production to single-varietal wines, however this is only possible when the quality of each grape variety is exceptional. Hence why they decided to also make blends.

After only three years, the Quinta already exports to the United Kingdom, the United States (California), Belgium, the Netherlands, Denmark, China and Japan, in addition to exclusive contracts signed with several gourmet restaurants in Portugal and abroad.

Upon our arrival at the farm, Artur and Eva gave us a very warm and relaxed welcome. After a tour of the vines, we had lunch in the old cellar, where they created a large dining room and living room with a wood stove and a huge window overlooking the vineyards.

We sat down for a glass of white and some local cheese in the company of a large cat — named Ripinhas — curled up at our side. Sitting at the large table on long wooden benches, we tucked into a delicious lunch prepared by Eva, and tasted several wines, including the Fernão Pires — a variety known for its exotic fruit notes — and the Colheita Selecionada 2015, a blend of Alicante Bouschet, Aragonez, Castelão, Touriga Nacional and Syrah. Every label carries the brand’s logo, “the green man.” This Celtic symbol, which links man to nature, is inspired by an engraving found on a family heirloom, a piece of furniture which was part of Eva’s childhood. It symbolises nature, its protection and cooperation with the land, exactly what the producers wanted the project to reflect. The estate’s name was also one of Eva’s creations.

According to Russian novelist Fyodor Dostoyevsky, “to live without hope is to cease to live.” Eva and Artur, for their part, live in the hope that their wines become great vintages.

And they have reason to do so.