The luxury of space: The allur..

Formula for success: The Algarve gears up for the ...

Fashion Editorial: A place in ..

Formula for success: The Algarve gears up for the F1 Grand Prix

After a long journey full of challenging curves, the Algarve International Racetrack will host the Formula 1 Heineken Portuguese Grand Prix

In the beginning, there was a dream. It has been 20 years since Paulo Pinheiro, a mechanical engineer and autosports aficionado, presented the first plans of what would become the Algarve International Racetrack (AIA) to Portimão City Council. He was asking for three things: political support, vital for such a large project, influence with the institutional entities (national and regional) that would undoub­tedly speak out on it, and, more importantly, the provision of a plot of land, in Sítio do Escampadinho, Mexilhoeira Grande — an isolated suburb of the municipality, perfect for the installation of the track where the fastest and most powerful machines in the world could speed through and test the limits without disturbing the locals.

The idea was received with surprise but the project won over some politicians. Should it succeed, the AIA could, in a not so distant future, boost the Algarve economy and be an alternative to sun-and-beach tourism. Besides, it is not common for someone to risk everything in something that doesn’t cater to traditional tourism or developments. It was not easy. In addition to struggling for financial support, there were many voices against it and just as many sceptics. The process began during the term of the then prime-minister António Guterres, passing through several other cabinets until getting the green light, when it was approved as a project of Potential National Interest, the only one that came to fruition in the region. Eight long years of struggles and expectations had passed, until the inauguration day on November 2, 2008. The recession on the horizon, however, was ruthless and almost caused the AIA to fall at birth into insolvency. But once again, it resisted. “This project was designed and thought out on a global level. So we managed to survive, with many difficulties, of course. The circuit has a component of corporate events, presentations and tests that are directly designed for the world market,” explains Paulo Pinheiro, founder and CEO of Parkalgar, Parques Tecnológicos e Desportivos, SA, the company that manages the AIA. In 2016, the company made over €20 million and declared almost €5 million profit. From 2017 to 2019, turnover had dropped, but kept positive numbers, proving it is a viable company. 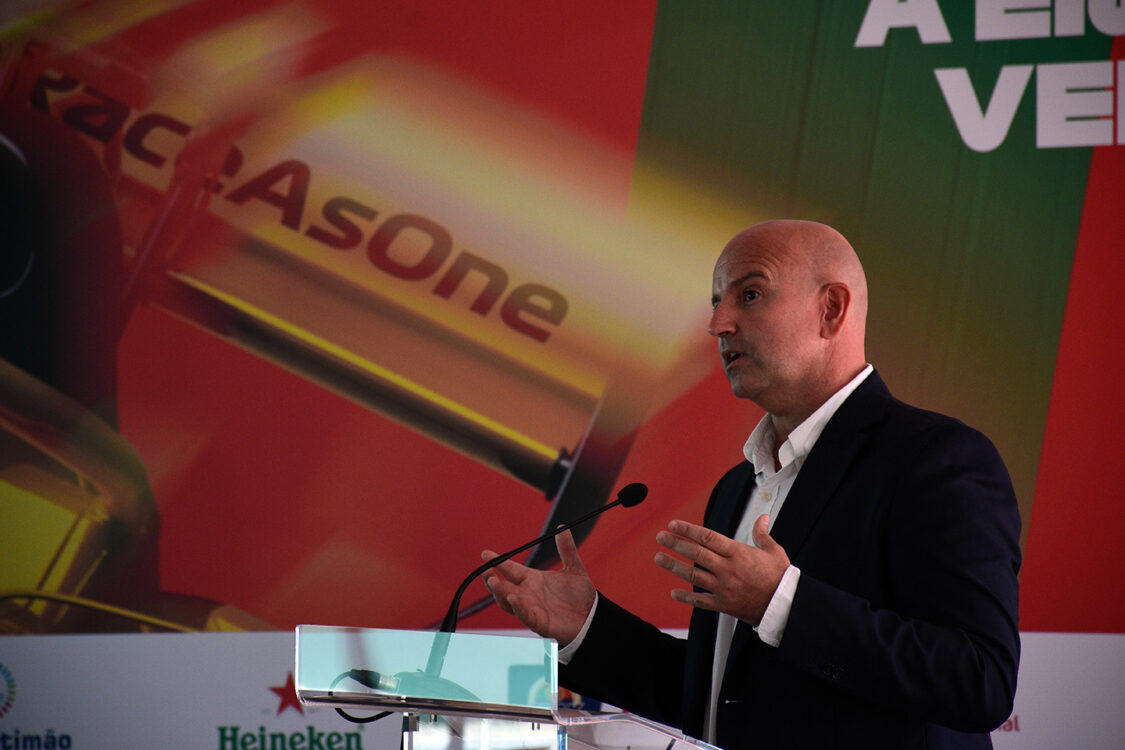 Over the years, the AIA has set the stage for several major national and international events, such as the Algarve Classic Festival, dedicated to classic cars, along with hosting stages for international competitions like the 24H Endurance Series, as well as being chosen for tests by top teams such as Ferrari and McLaren. But the big dream of organising an F1 competition has finally come true this year. In June, given the pandemic, F1 boss Ross Brawn said they were considering integrating the Algarve’s racetrack in the 2020 season in order to make up for some of the races that had been cancelled. The news was officially confirmed not long after — the AIA will host the Formula 1 Heineken Portuguese Grand Prix from October 23 to 25.

“This COVID-19 situation, which is horrible, opened a window of opportunity for us, because it wasn’t just about money. There were a number of factors that came together and we succeeded,” says Pinheiro. The CEO now has a 10-page list on his desk with tasks that must be completed to host the event. “There is a massive level of demand and the circuit will be immaculate” to receive the 10 teams that will compete for the Portuguese Grand Prix.

Despite the achievement, Pinheiro states that internal recognition did not come easy: “Recently, there has been an avalanche of contacts. People were unaware that we’ve been doing a valuable job for several years. It’s like now a divine ray has fallen that has enlightened us and given us the Formula 1,” he says. “Nothing in life works that way. To host the F1 we must have credibility, working capacity and a number of preceding conditions. And that previous work of programming and planning exists. Everything in the business field requires a lot of effort and dedication. Formula 1 is a corollary of years of work and a whole strategy.” 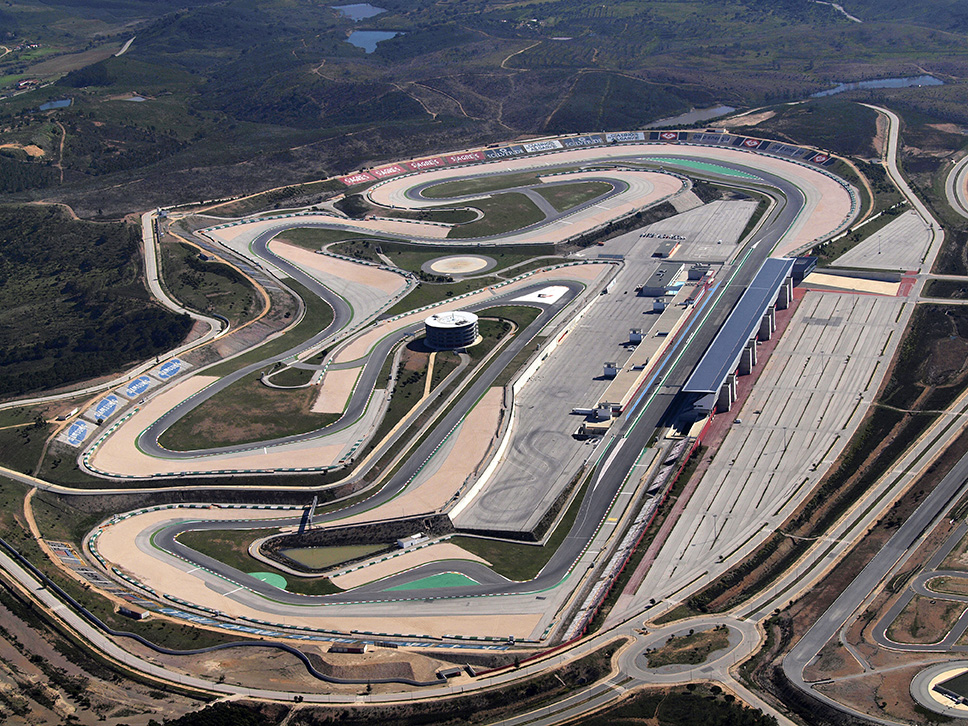 Given its technicality, the AIA track has been praised by pilots the world over and by major sporting authorities. The natural slope of the land provided the ideal conditions for designing a challenging circuit. Therefore it is not surprising that the first batch of 20,000 tickets for the October competition were sold out in the first days. “In my 30-year link with autosports I have never seen an interest as great as this. It comes from all quarters and all age groups,” states Pinheiro. “It exceeded expectations. I received messages from heads of the competition departments of the world’s top brands, and they were very excited, really happy. The consensus is that it’s going to be a fantastic race. Everyone has the feeling that dreams are coming true and this is the race for it”, he stresses. As for security measures, the CEO calls for compliance with safety recommendations: “We have done a very well-structured job, but people have to take on a self-policing role, so that the next events can also have an audience.”

The complex, which covers more than 300 hectares, besides the main track, includes a kart track, all-terrain park, hotel, apartments, driving school, sports complex and a technological park yet to be materialised. “It will be our main focus from January 2021. We already have a football pitch opposite the hotel and we want to build two more additional ones. It will give us a very interesting edge in sports tourism, because it will widen our client pool,” says Pinheiro. “On the other hand, we want to attract companies in the automobile industry, that could create development and technological research centres here, and would need the track to develop their products.” As for the future, and although next year’s calendar is not yet finalised, Paulo Pinheiro believes the AIA has already “proved that the sum is superior to several isolated businesses, because they strengthen each other”. 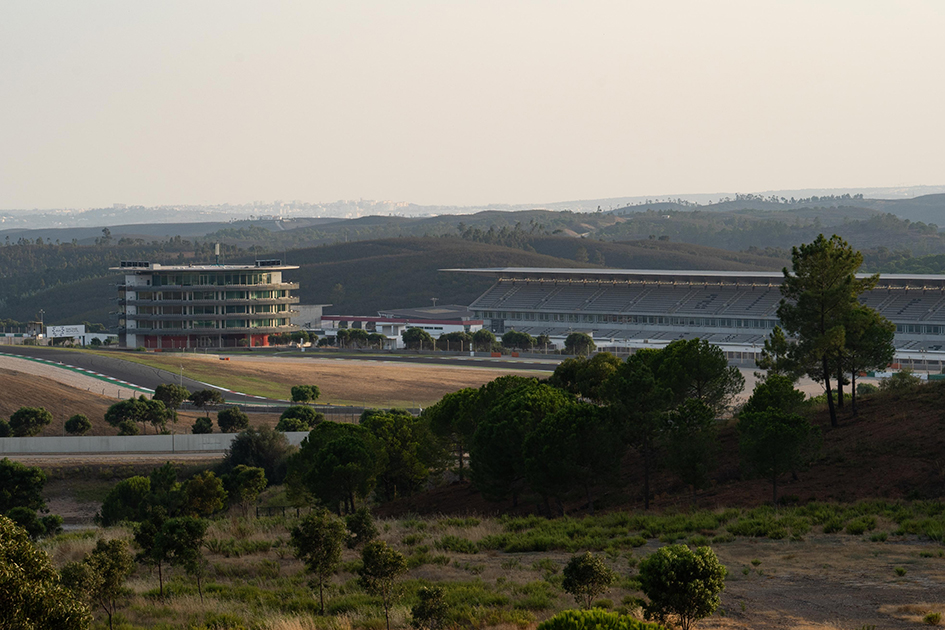 Besides the Formula 1 Heineken Portuguese Grand Prix, in October, the AIA will also host the European Le Mans Series, from October 30 to November 1; the Algarve Classic Festival, from November 6 to 8; and the Portuguese MotoGP Grand Prix, between November 20 to 22.