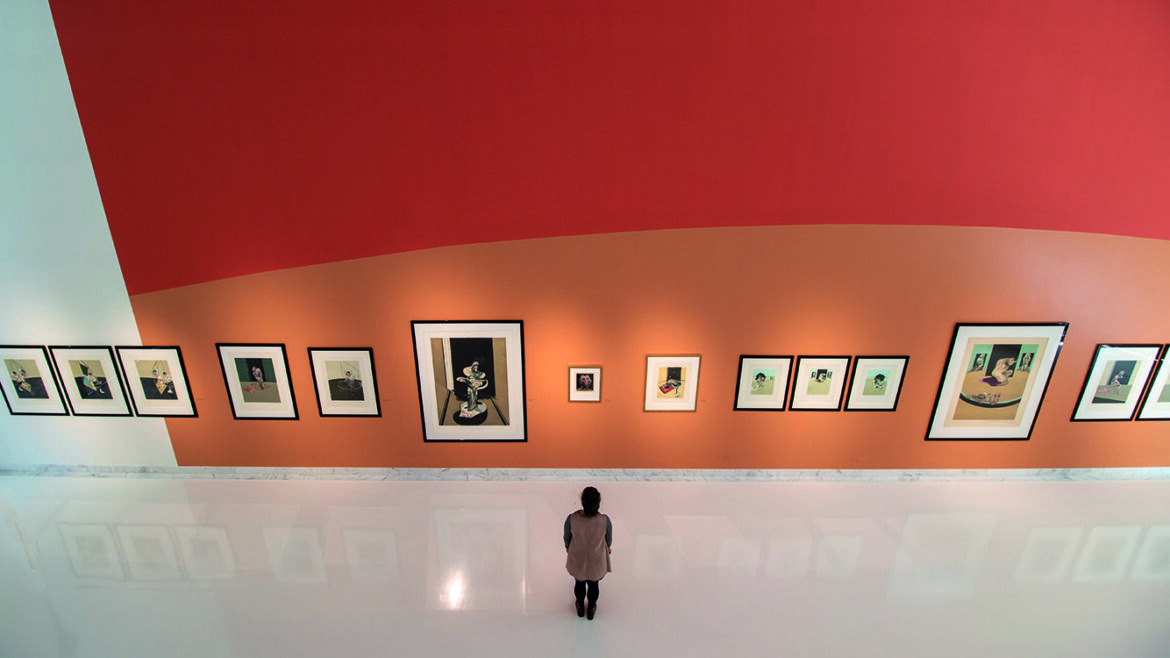 This summer, a trip to Porto is a must, to enjoy unforgettable artistic experiences

In April 1945, a few weeks before the allied armies reached Berlin, a bomb fell on the London art world. Visitors to Lefevre Gallery, in Bond Street, discovered the work of a young, little-known artist, in a group exhibition of contemporary British art. This artist of incendiary force was Francis Bacon. 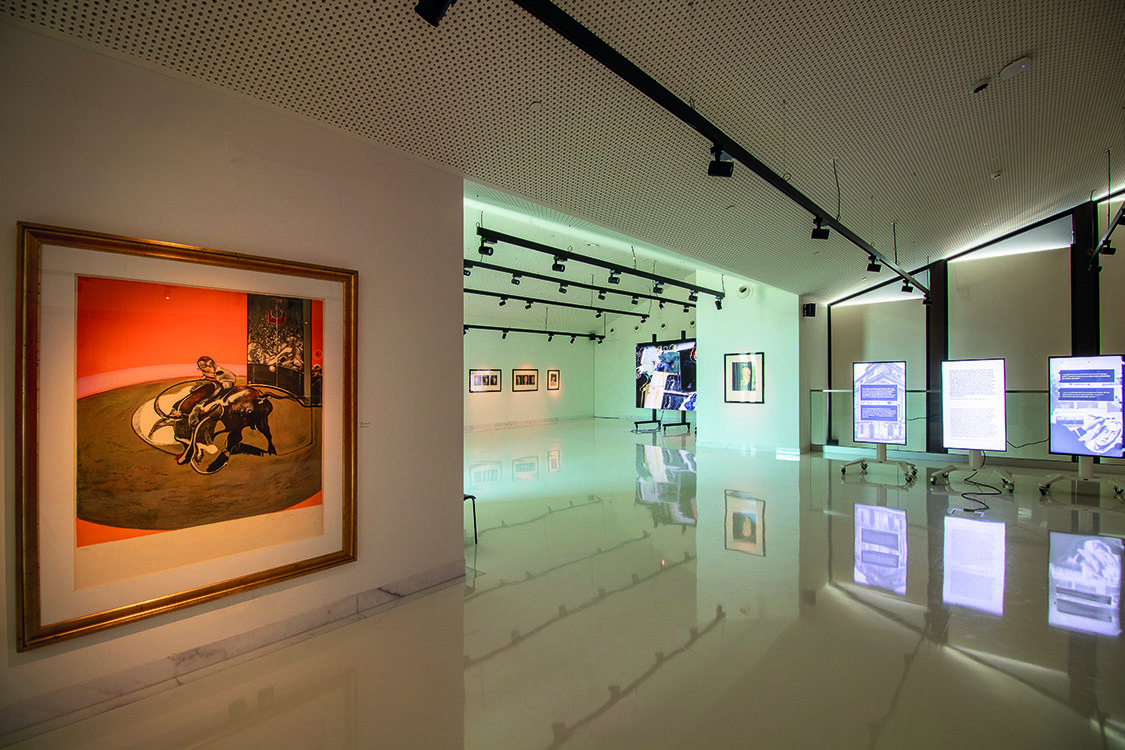 The public attending the gallery was amazed, many appalled. Bacon’s oil paintings were visceral and violent, with intimidating beauty. Monstrous half-human, half-animal figures, trapped in windowless rooms, their tubular necks reaching out to the viewer, screaming with torment and hatred. They seemed to say, “You may think the war is nearly over, you may long for peace, but the pain of existence is here to stay”. Bacon plunged his brush deep into the darkest shades of human experience to produce work of raw anguish. The English writer, John Russell, summed it up when he said, “There was painting in England before the Three Studies, and painting after them, and no one… can confuse the two”.

Bacon painted no less uncompromising portraits of his friends, clothed or nude, preferring to work from photographs rather than live models. At the World of Wine exhibition, a video of the artist’s studio shows a thick sediment of photos, sketches and paint that covers every inch of floor space.

Bacon is a kind of Dorian Gray character, in whom charisma, charm and wit wrestle with masochism and destruction. Whether we detest or are attracted and fascinated by his work, he, an unrepentant gambler, would have enjoyed a bet that we cannot remain indifferent to his work. I am confident he would have won. And if price is a testament of value, in 2013 Bacon’s Three Studies of Lucien Freud, depicting his artist friend and fellow Soho bohemian, created a world record, becoming the most expensive work of art ever sold, at $142 million (around €117 million). 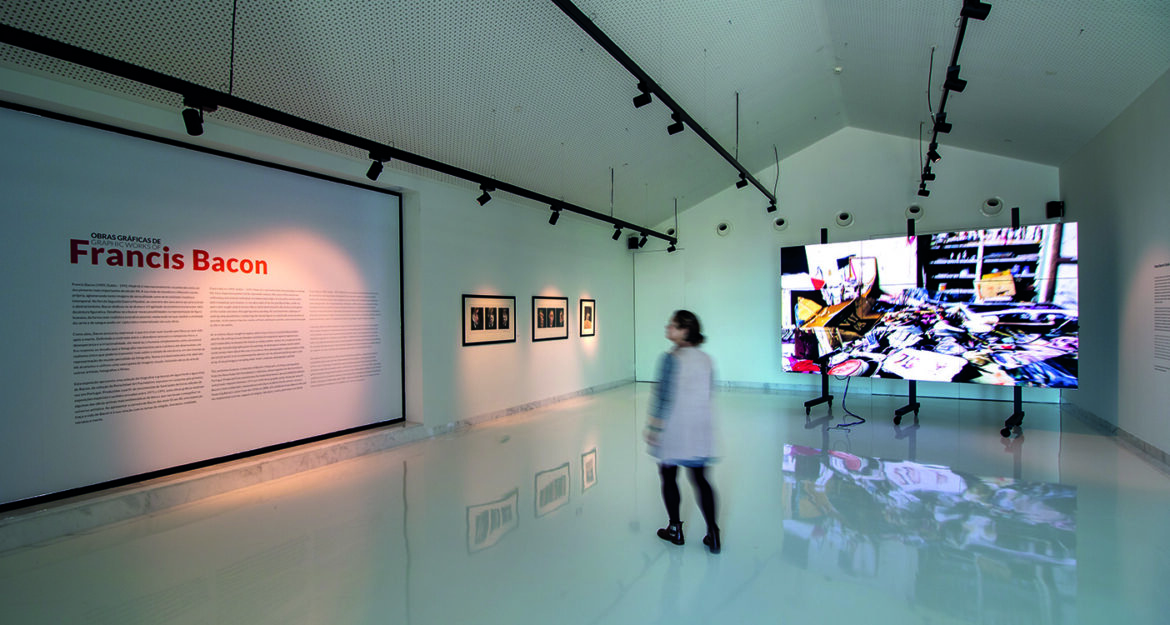 Until September 26, the show at the World of Wine gallery, in the new cultural district of Vila Nova de Gaia, will offer a lithographic overview of Bacon’s oeuvre and a not-to-be-missed opportunity to see work by one of the 20th century’s major figurative artists.

On the other side of the River Douro, Seizing the Invisible at Museu da Misericórdia (MMIPO) is a sumptuous exhibition of sculptures and drawings by Alberto Giacometti with Peter Lindbergh photographs, a visit I cannot recommend highly enough. Giacometti was born in Switzerland, in 1901, eight years before Bacon was born in Dublin, making the two artists more or less contemporaries. While Bacon made a number of extensive stays in Paris, Giacometti spent most of his adult life there. For a few years in the early 1960s, they overlapped in Paris and became friends until Giacometti’s death in 1966.

The two artists were obsessed by the expressive possibilities of the human head and figure. Like Bacon, Giacometti worked with his long-suffering friends as models and, like Bacon, constantly raising the bar, Giacometti discarded much of his work. In A Giacometti Portrait, the American writer James Lord recounts the intense experience of sitting for Giacometti on 18 consecutive days. Every evening, the artist would appear to have attained perfection, with Lord unable to imagine how his portrait could possibly be improved.

The following morning, on his model’s arrival at the studio, Giacometti, ever dissatisfied with his work, would announce he had destroyed the previous day’s production. With Giacometti lighting up a cigarette, the gruelling sitting would begin all over again.

On a different spectrum, German fashion photographer Peter Lindbergh was instrumental in creating the supermodels of the 1990s, the “faces which launched a thousand perfumes”. Although far from insensitive to plastic beauty, Lindbergh was equally concerned to portray each model’s personality. Much of his finest work was done in black and white, which he considered ‘kinder’ to the model and more sensitive to her character.

One of Lindbergh’s final projects was to photograph Giacometti’s work in the archives of the Fondation Giacometti, in Paris. The exhibition at the MMIPO establishes an extraordinary intimate dialogue between Giacometti’s original sculptures in bronze and Lindbergh’s perception of those sculptures, seen through the lens of his camera and produced as large-format photographic prints.

Seizing the Invisible will be showing until September 24 and is sponsored by Taylor’s Port, who offer a glass of port to be enjoyed on the roof terrace of the MMIPO, gazing out across Porto. Adrian Bridge, CEO of Taylor’s, explained the brand plans to host annual exhibitions of international art in Porto, in addition to permanent displays in the World of Wine’s various museums, all affiliated to Taylor’s.