Raising the curtain on Faro's ..

For Ana Canto, everything counts

For Ana Canto, everything counts 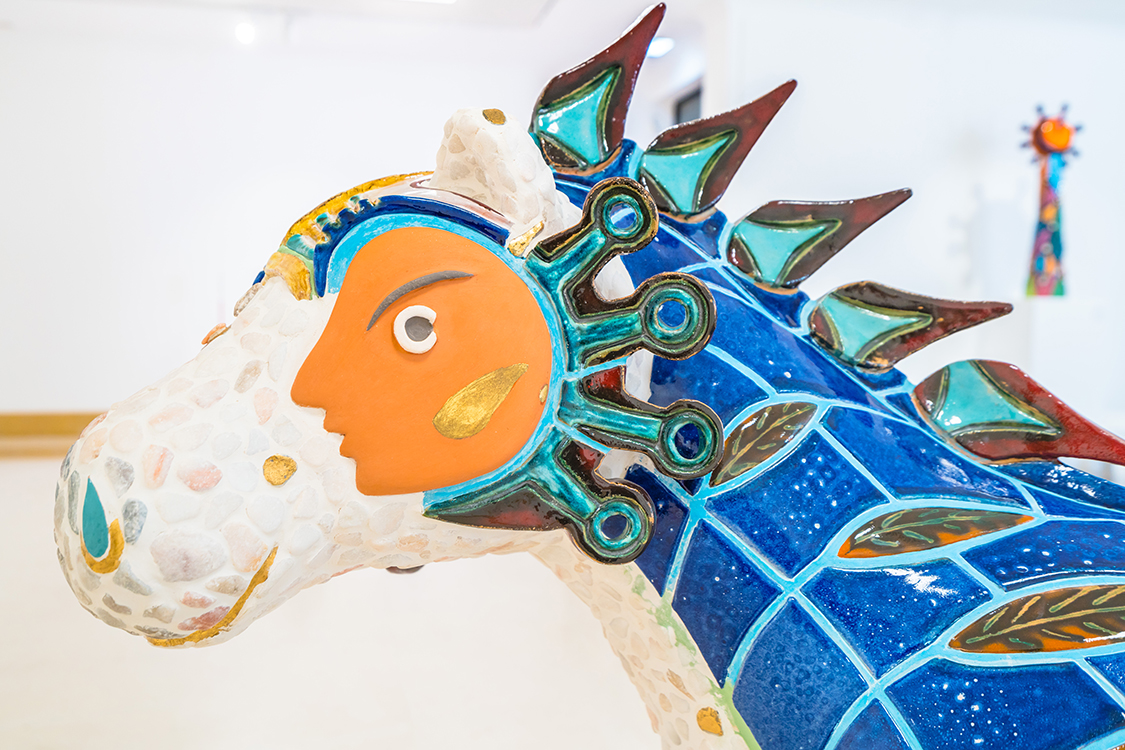 Ana Canto was born in Mozambique, but it was at the age of 13, already in the Algarve, that she began to take her first artistic steps. She began by painting ceramic crockery, with water-based paints, alongside the painter Júlio Amaro, at the São Lucas galleries, in Portimão. “At the time I already dreamed of being able to truly reconcile the arts,” she says. Even before that, at an early age, Ana remembers that she always had a taste for manual work and the marks she got in workshops and drawing class were a testament to her talent. “At home, I would experiment with painting and jewellery. I was always doing manual works.” It was an innate taste, perhaps even genetic, as her father was an accomplished watercolour painter. 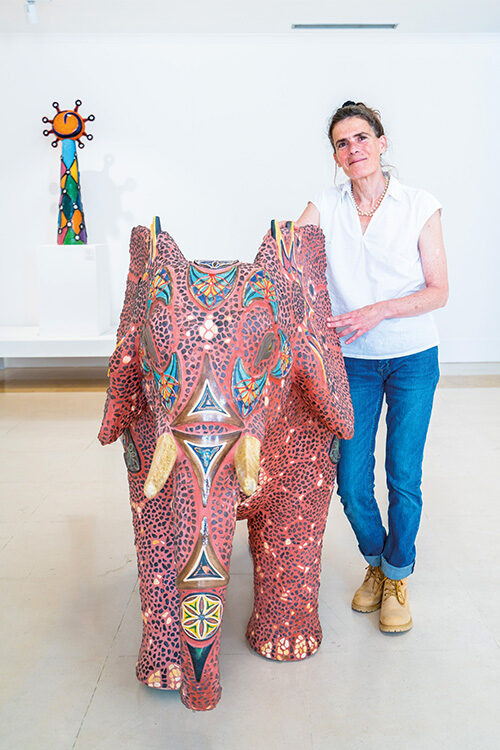 Later, at the age of 18, in Lagoa, Ana enrolled in a Ceramics and Traditional Pottery course, where, alongside Master Fernando Rodrigues, she learnt “everything that was important, from collecting the clay, the various types of materials, kneading, preparing it, and everything else until it was time for the pottery wheel”. In Lisbon, while taking a course at IADE (Design, Technology and Communication College), she had her first job as a potter, at Pátio Alfacinha, but ended up returning to the Algarve, where she opened her own studio, in the parish of Barão de São João, in Lagos, where she also gave ceramics classes to young children. Ana also presented her work at the National Handicrafts Competition, in 1992 and 1999, where she won two regional prizes. 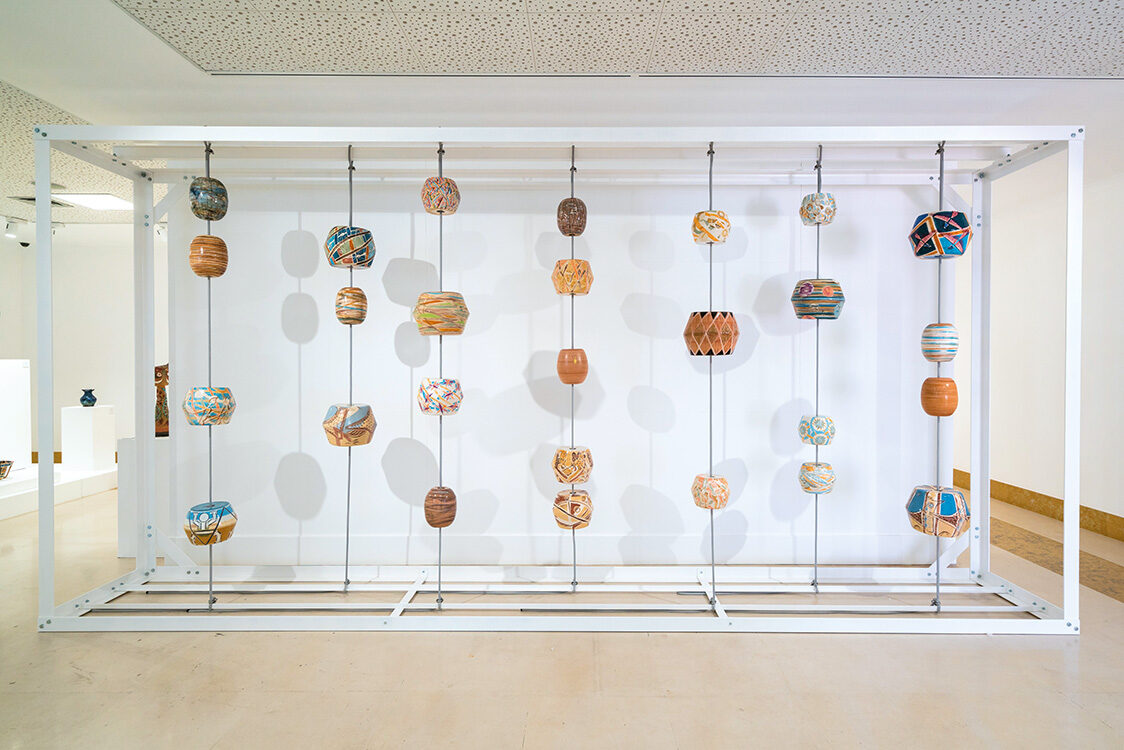 In 2009, the owner of the Algarve winery Quinta dos Vales, Karl Heinz Stock, himself an artist, invited Ana Canto to apply her ceramics skills to fibreglass sculptures. “It was a challenge, because it’s a very complicated technique, but I’ve been perfecting it,” she says. The project began with three sculptures of polar bears, which raise awareness to the melting icecaps and global warming, and which today have materialised into a total of seven pieces of animals at the estate. 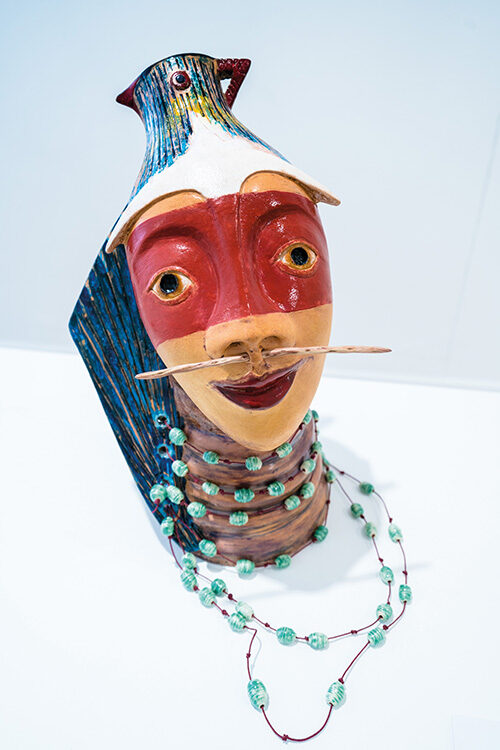 With nature as her greatest source of inspiration, Ana states that the four elements — earth, air, water and fire — are present in all her ceramics. The shapes that the clay forms on the wheel also seem to have an influence on her artistic process. “The form can open up or close, but it is always just that. I felt the need to transform it and I began to give it another vision and a different energy. Everything starts with a shape, and with that evolution, we can create countless pieces.” The most unconscious inspiration goes back to childhood: “What I knew of the people of Mozambique is that they are very artistic. My masks are probably also very inspired in that sense.”

Ana Canto’s work is currently on display at Lagos Cultural Centre, until October 9. Cada Conta, Conta (Each Bead, Counts) presents 27 works, totalling around 50 pieces, which she says are “more artistic, of various techniques”, and carry a subliminal message. “Each of us is important in our mission here. We all count. The bead, at heart, is like a bead of a necklace; it doesn’t work on its own. Nothing works by itself,” she explains. 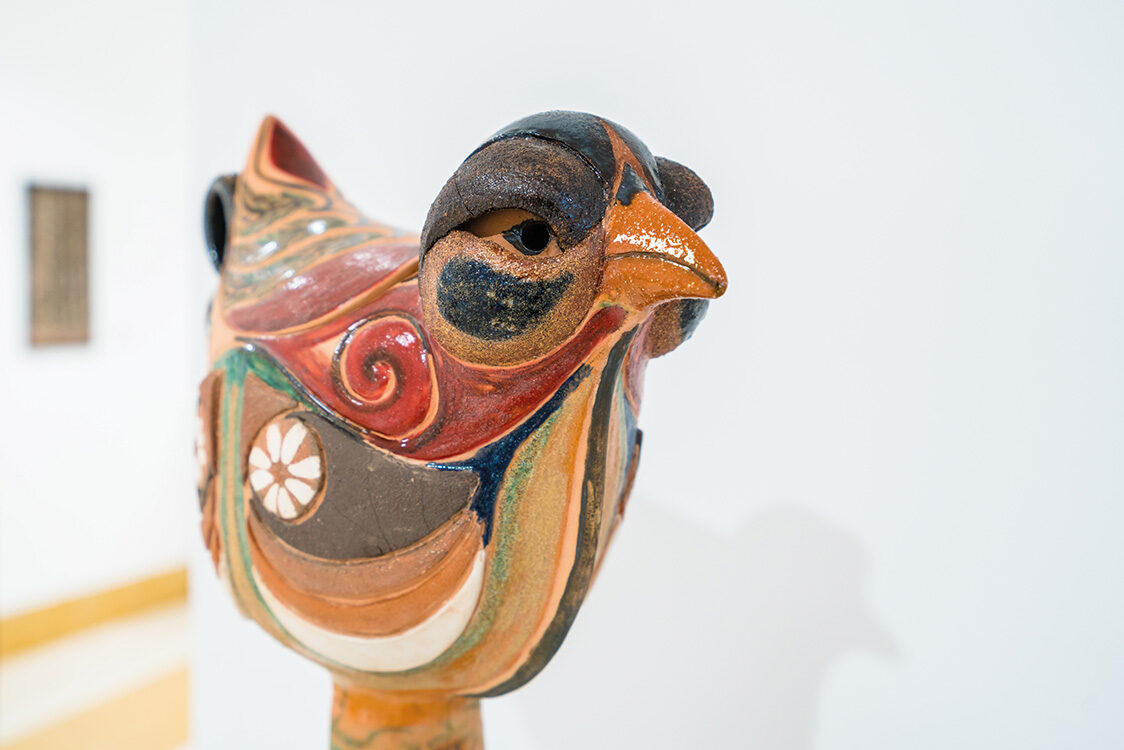 The exhibition can be visited from Tuesday to Saturday, from 10am to 6pm. As for the future, although she has not set a path to follow, Ana Canto says that she may work some more with Karl Stock, but that until then, her biggest wish is to be able to take her most recent exhibition to different galleries outside the Algarve.