CheckIn around the world with ..

Still essential, after all the..

Living in a movie: Unique projects inspired by the silver screen

It all begins with an unfinished house with an incredible ocean view, near Ferragudo. Vanda Everke did not hesitate to design it, although her purpose went beyond looking at the sea from her window. A massive fan of the infamous James Bond, created by Ian Fleming, she wanted to develop something unique that honoured the spy’s cinematic universe and its connection with British car brand Aston Martin. 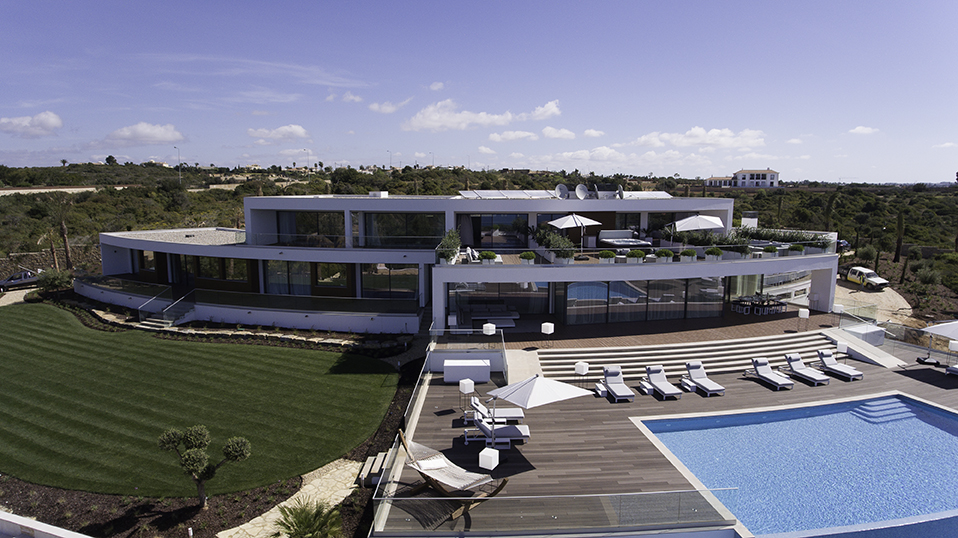 “We want to welcome film industry professionals here, for both film or advertising productions. We also want to host top VIP guests looking for an inspiring, sophisticated place with plenty of privacy,” explains the German native, founder of Spy Manor Productions. In the lobby, the sculpture of a deer evokes a scene from the film Skyfall and shows that this is a property like no other. Each of the seven guest rooms is named after an Aston Martin car and has an independent sound system, which can be configured to visitors’ tastes. The décor is contemporary: “We wanted to keep the design simple and modern, so that people can just enjoy the decoration everyday,” Vanda says.

In the living room, it is hard to know where to look — towards the sea and the horizon or to the prototype of the Aston Martin Valkyrie car. Displayed like an artwork, this hypersport is the original model (without engine) that was first presented at the British brand’s headquarters in Gaydon in 2016. Since then, it has been showcased in 52 countries, including the Etihad Towers, in Abu Dhabi; at the Paris International Automobile Festival, in France; and at Toronto’s International Autoshow, to name just a few. But there is more to come. A bespoke garage to display some of the movie cars is under construction. Next year, there will be a waterfall in the garden, ideal for photos or shooting scenes.

“These properties are really special and unique, they cannot be copied. We are creating a new one called Sky Base One, whose architecture is inspired by the Star Wars saga. The house is shaped like the Millennium Falcon spaceship,” Vanda reveals. The project is in the hands of John Wilson, from Bespoke architecture studio, in Carvoeiro. “We also plan to build a house inspired by the film Top Gun, which resembles an aircraft carrier. There will even be an aircraft in front of the house, displayed as an art piece.” It will be set on a 50,000 square-metre plot in the Algarve, with a wide view towards the sea. “In fact, all these films will inspire a house in Portugal. If possible in the Algarve, or in other locations.” 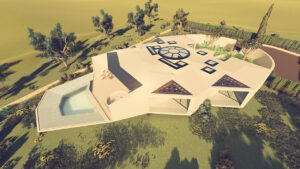 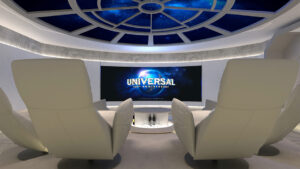 Vanda believes that there is a niche market for these houses inspired by Hollywood’s great blockbusters. “The proof of that is that every time we present these projects, there are more and more people interested. We are also in talks with several production companies about the possibility of designing and building a house from scratch just to host the shooting of a big film, here in Portugal. After the premiere, it could be sold” — perhaps to a fan.

The basic criterion for each project is always a premium location with good views and accessibility. “This is a great country. We especially like the people, who are friendly and welcoming. The language isn’t a problem, since most Portuguese speak English. We feel they are always willing to help and that gives us a great feeling” of confidence and security. “On the other hand, Spy Manor is creating a platform of the best local companies in the areas of construction, architecture and design, interior, smart home, garden landscaping, home cinema and garage builders to bring our movie-inspired projects to life. We continuously welcome new talents and great craftsmanship to join this network and initiative.” 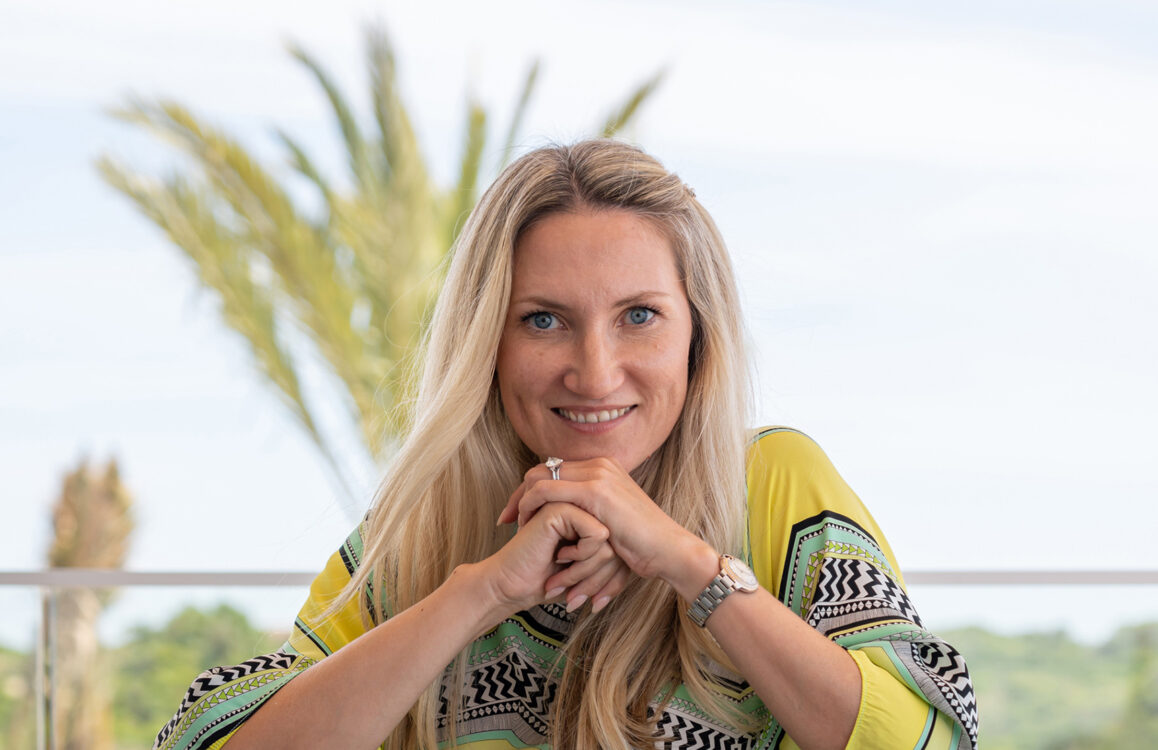 Vanda Everke has a background in the semiconductor business, has worked for Intel, and has dedicated herself to sales, marketing and distribution. All the know-how she acquired, now goes into the service of Spy Manor Productions. The company provides consulting services so that foreign producers can take advantage of the tax incentives provided by the Portuguese government, until at least 2021. “Looking at the context of COVID-19, we know that there are producers who are looking for safe places to film their projects. There are countries still under quarantine and there are a lot of restrictions in place. There is also a massive lack of space, especially for studios”, which cannot meet the demand.

“I believe that Portugal, even in this complicated reality, has enormous potential. The government has managed this crisis very well. On the other hand, because of the confinement, people spent more and more time at home, which increased the demand for new content. In fact, it’s still growing,” she states. “I think producers won’t have any major concerns in carrying out their work here. These are the arguments we are putting forward to the industry at the moment.” The streaming revolution and platforms such as Netflix are also driving the audio-visual market — the entrepreneur says it is facilitating dialogue between different entities interested in building studios in Portugal. 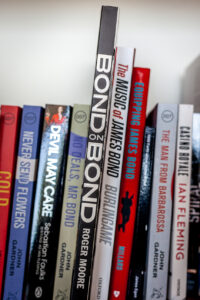 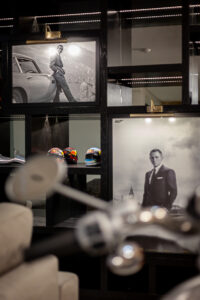 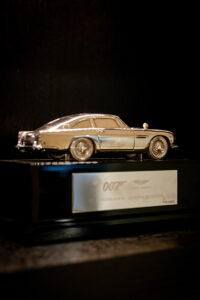 Another work in progress is the opening of a gourmet restaurant named Skyblade, in the Algarve. “It will be a full experience. Our idea is to bring here people from all over the world who are otherwise hard to reach. Imagine one day having dinner with the world’s finest architects, artists, celebrities and film directors. We want to create a highly exclusive network and have new ideas come to light at the table,” Vanda reveals. “New companies, projects to leverage the country, investments; everything in one place. We want to launch this idea in Portugal and perhaps, from here, open a worldwide franchise” for the concept.

The legendary secret agent’s influence will not be forgotten either, naturally: “Our ultimate vision is to have tables placed on platforms that can descend one level, to an underground suite, with perfect smoothness and tranquillity whilst still seated, so that guests can do business in private. Once they’re finished, the table will rise back to the main room, just in time for dessert.” 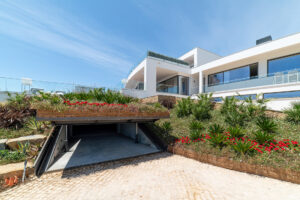 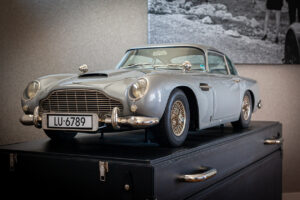 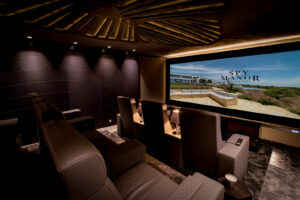 The heart of Vanda Everke’s Spy Manor Productions headquarters is a high-quality home cinema, which can be used by producers who come to work with Spy Manor Productions to make exclusive presentations of their projects. Equipped with an 11.8.6 Dolby Atmos system, it also has a unique patented platform, which expands the seating from 7 to 11 seats, with extra leather armchairs coming up from the ground to host additional film guests. For now, it has a library with 50 popular blockbusters, original files with maximum quality, on the server.

Recently, Spy Manor Productions has won 5 awards at the 2021 ART&TUR International Film Festival. Living in a movie: The Sky Base One project is a luxury front-line villa in the Algarve inspired by the legendary Star Wars Millenium Falcon ship. 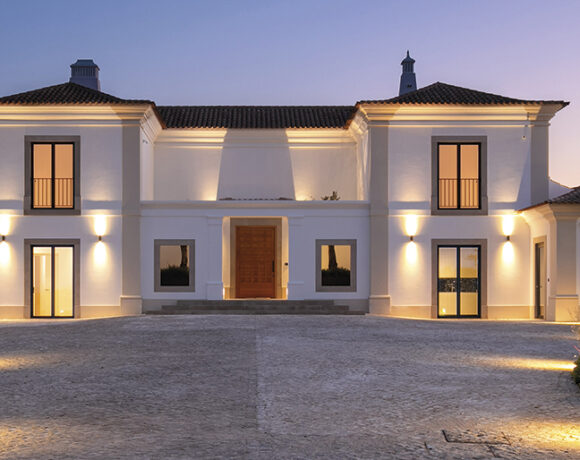 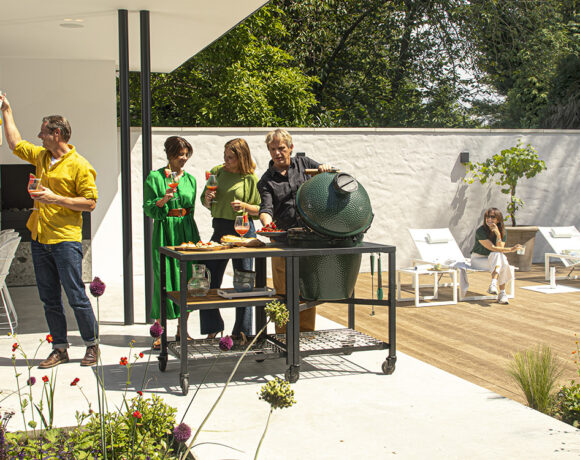 An Appetite for Outdoor Cooking – Latest Trends for Cooking 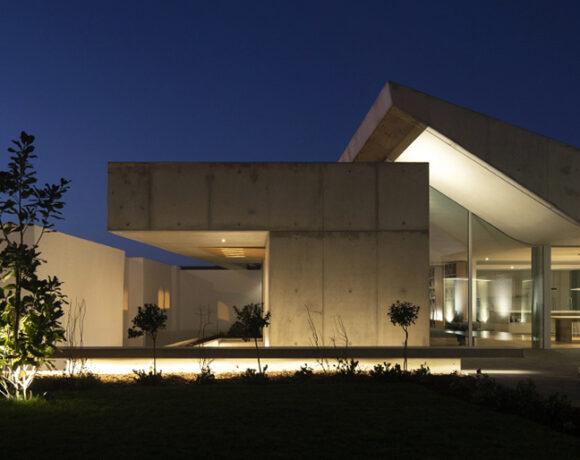