Orcas and the Sherwood gang in.. 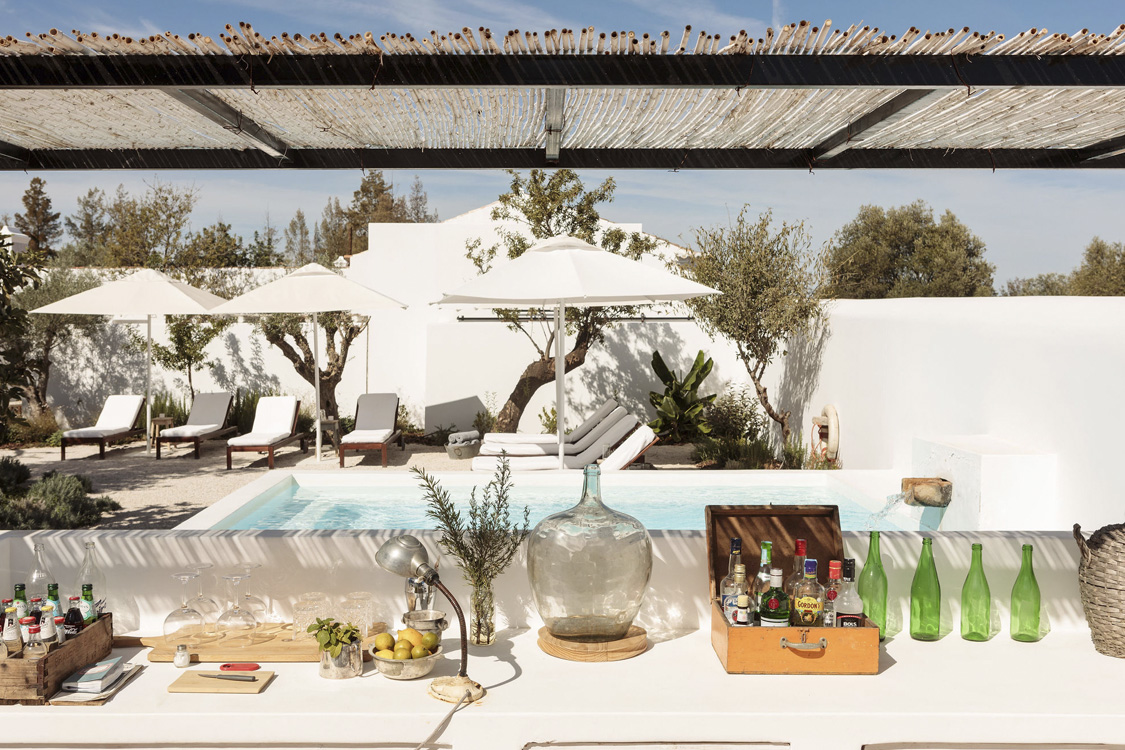 In the heart of the Algarve countryside and overlooking the sea is Hospedaria, a rural lodge where peace and hospitality are words to live by

It was inaugurated in June 2019, in Sítio da Cumeada, between Cacela Velha and Tavira, but the idea was there well before that. The Pensão Agrícola Group first proved its mettle in rural tourism in 2015, with its first local accommodation unit, Pensão Agrícola, also in that area. With six bedrooms, the small farm, alongside its oldest guest, Ernesto the donkey, soon proved to be the ideal space for those looking for a holiday away from the big urban centres, but right in the heart of the Algarve barrocal (inland). That was the concept they wanted to replicate and the perfect place to accomplish it was close by, just 300m away. 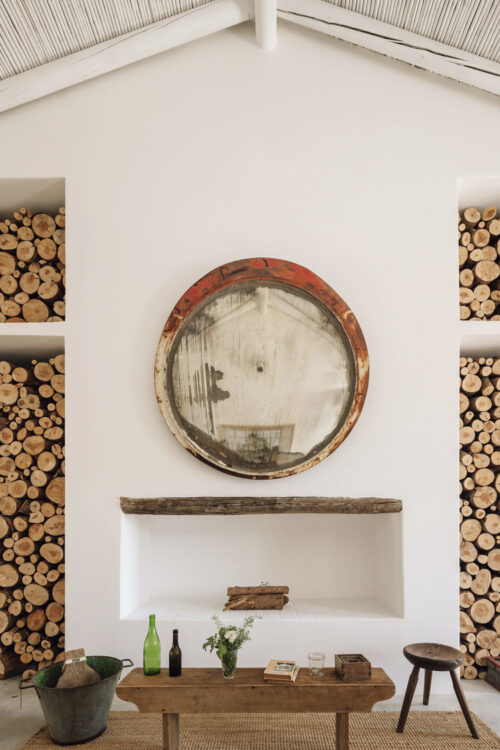 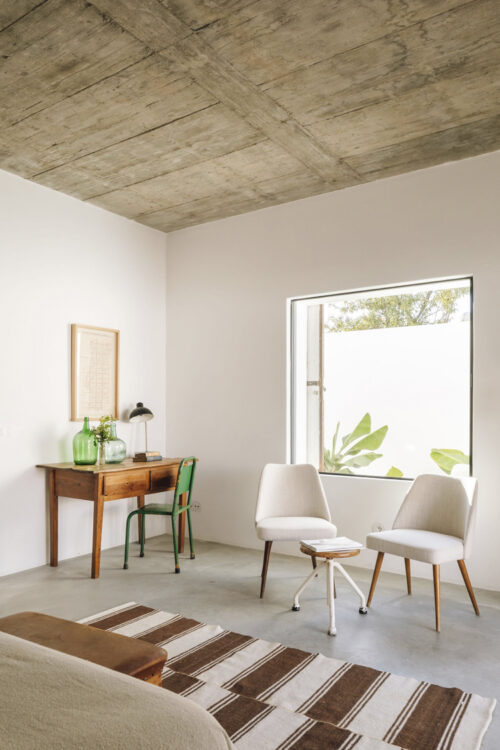 “We want small hotels, and our idea was to create something relatively close to Pensão Agrícola. I passed by this building every day and it caught my attention because I could see it had lots of potential. Three years ago, I got in touch with one of the owners, we got together and I realised we were going to do business,” recalls Rui Liberato de Sousa, the group’s managing partner and executive director of the hotel. The building that caught his attention was an old road tavern that started operating in 1917. For decades, it was not only a place for the exchange and sale of regional agricultural products, but also an important social space for the locals. In 2019, after more than a century, the building received a new lease on life in the form of Hospedaria. 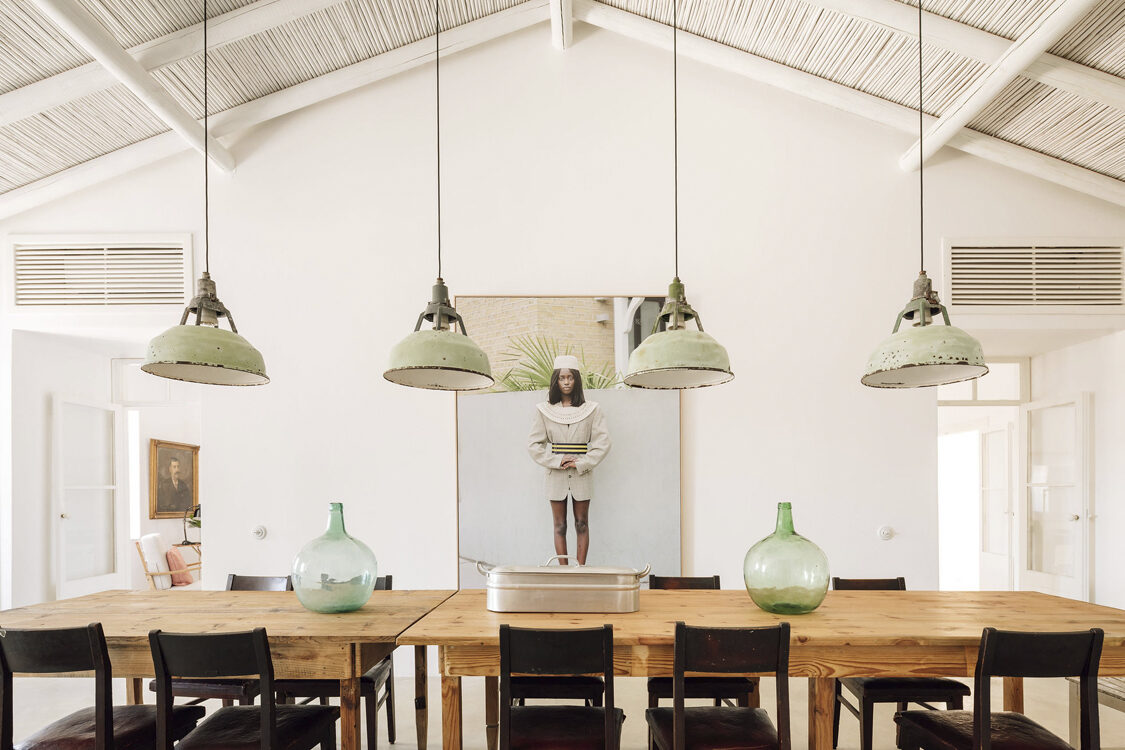 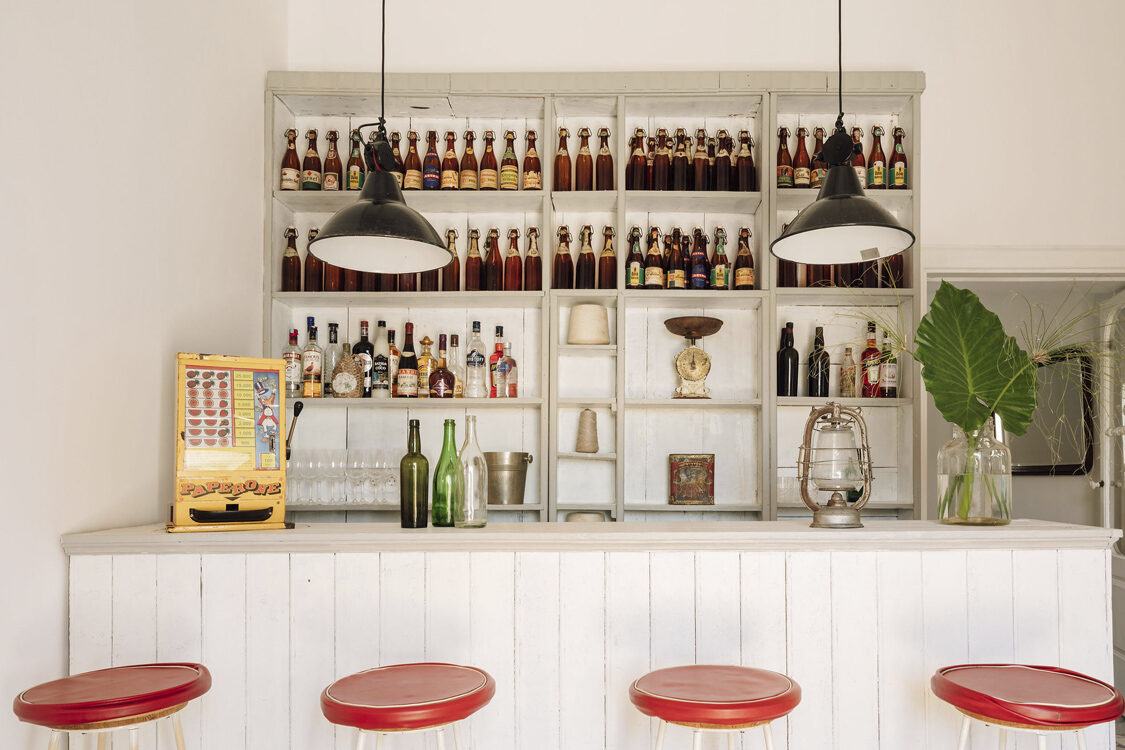 Memories from days gone by were carefully restored and expertly incorporated into the hotel’s décor by Atelier RUA. The whitewashed walls and construction details were complemented with wooden finishes, photos, paintings and artworks. “We wanted to keep in line with the authenticity; things make sense when they’re authentic. We used materials that have always been used, reeds in the ceilings and wooden frames. We aim to be as genuine as possible and people like that. We’ve given our personal touch to the art pieces, but the essence is the area where we live”, explains Rui.

The concept also seems to follow in the same simplistic lines, allowing guests to feel that they are in their own home. According to the director, the aim is “to make people who come from as far away as possible, like Australia or Canada, feel at home”.

Privacy is the motto for Hospedaria and this is made possible because each suite has an outside entrance. There are rooms with patio and outdoor shower and there is also one with a fireplace. There are five in total: the Amendoeira room, Armazém, Figueira, Forno and Tanque. They all share a few basic traits: capacity for two people, heated floor, minibar, air conditioning and breakfast included. But, as at home you can have all your meals, Hospedaria also has this option. Outside, the only sounds are the birds and the water fountains.

Prices start at €170 but vary depending on the season, and guests can also reserve the entire hotel and even Pensão Agrícola as a set. Due to the space configuration, extra beds or cribs are not allowed; therefore, the hotel only accepts children from upwards of 12 years old. Rui’s advice is to make reservations as early as possible, as most guests book the same period every year.

But Hospedaria stands out not just for its space, but for the wealth of experiences provided as well. In the patio, there is a tank with heated pool in the winter, solarium area and a bar. Guests can book horse, bike, Vespa and even tuk-tuk rides — whether you want to go to the beach, historical towns or the mountains. There is also the chance to participate in activities related to the donkey Ernesto, such as bathing, brushing and feeding him. For those who want to relax to the max, the hotel also has a massage service, which can be performed somewhere chosen by the guest and all of them are tailored to each person. “We perform the massage that the client wants and always designed to each one. We have masseurs who talk to the clients to understand their specific needs. Then, they can choose to do it as a couple or individually in several places: in the countryside, in the hotel room, in the garden of Hospedaria, or even at the beach,” explains Rui. 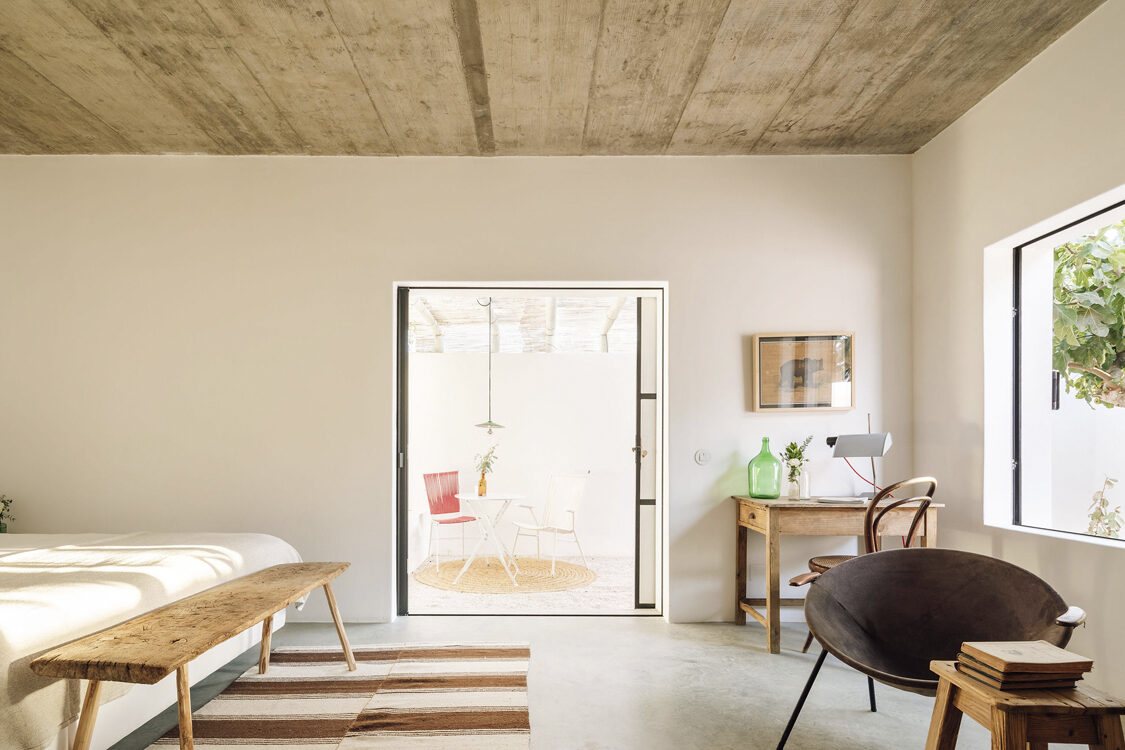 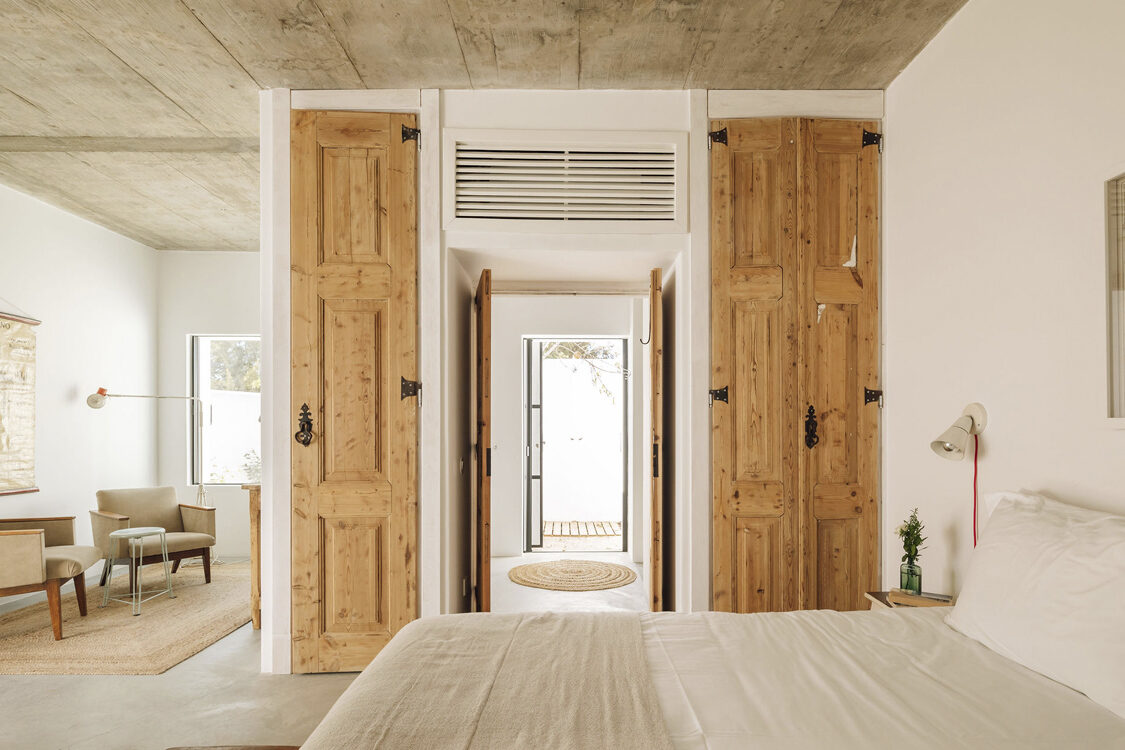 At a time of upsets caused by the pandemic, Hospedaria aims to be a safe choice. Aside from the fact that the hotel is small and located in a sparsely populated area, the rooms are all separate. According to Rui, most guests do not cross paths, even when the unit is full. Regardless, all the procedures recommended by Turismo de Portugal and health authorities are being implemented by the Group in both accommodations.

“We have implemented a plan to ensure safety and monitoring. We have combined cleaning with specific products with the housekeeping that we already did and we have invested in the safety of the people who work here, all of whom wear masks. In any case, our hotels are effectively made for such a situation. This is because they’re designed for the privacy of our guests. It’s a space that meets the times we live in and that made this our best year,” concludes Rui.

Discover, Hotel, Things to Do in Tavira 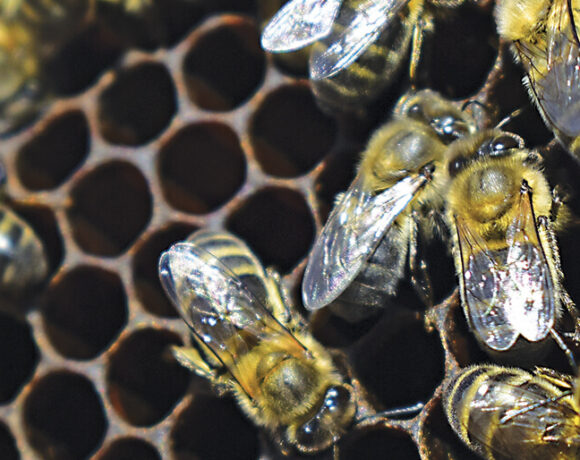 Inside the Hive: A closer look at the World of Bees 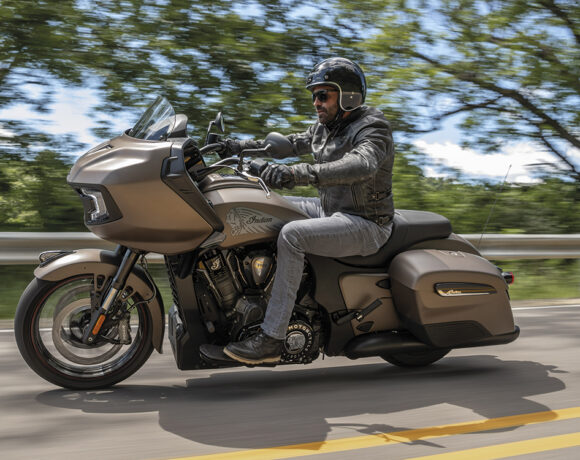 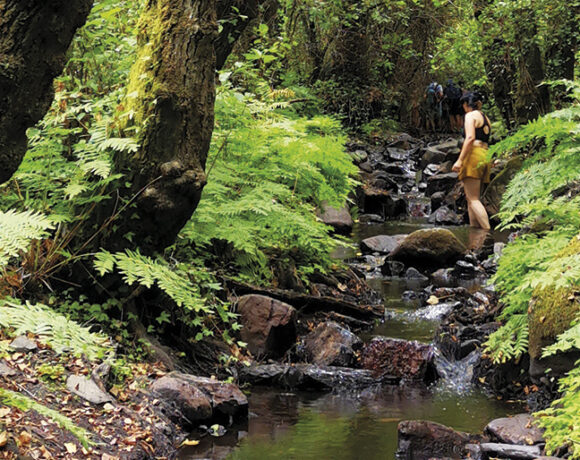 Trekking along the purest Algarve