Sleepless in Guimarães: The fi.. 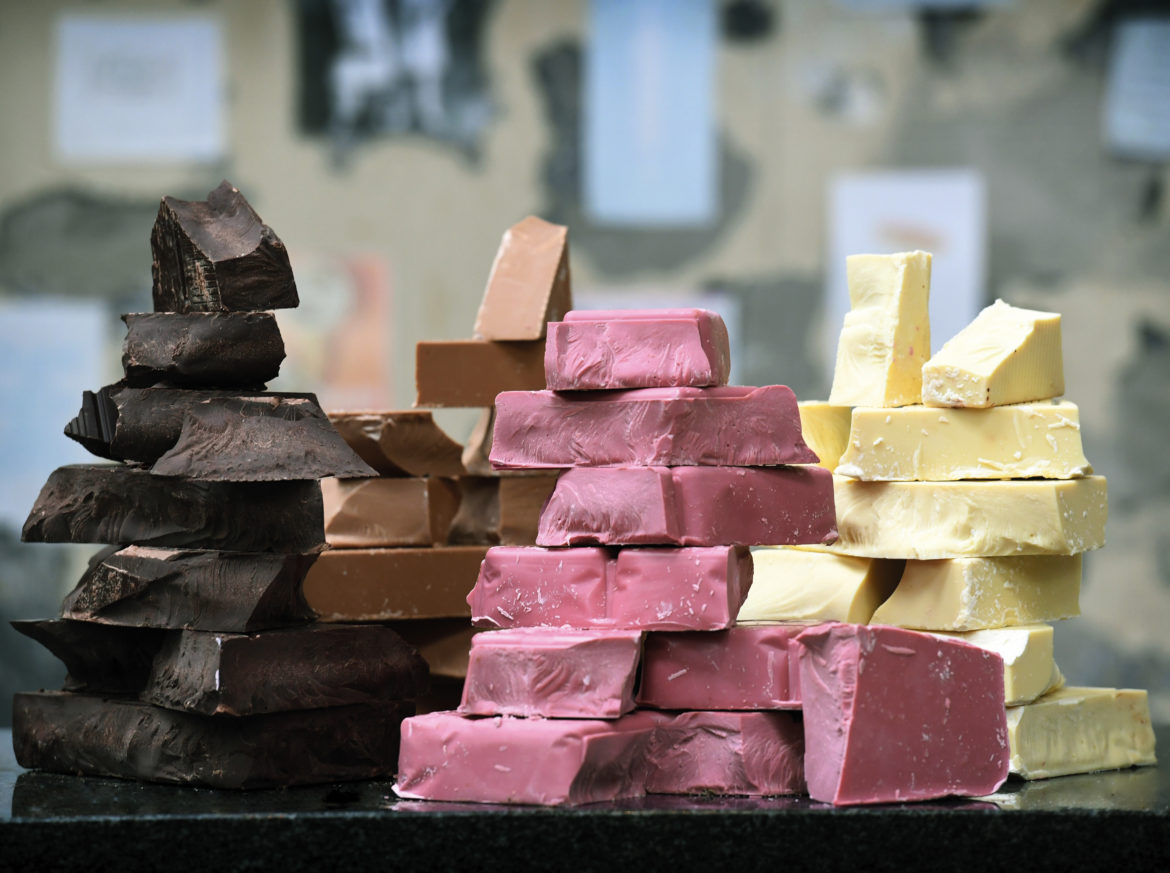 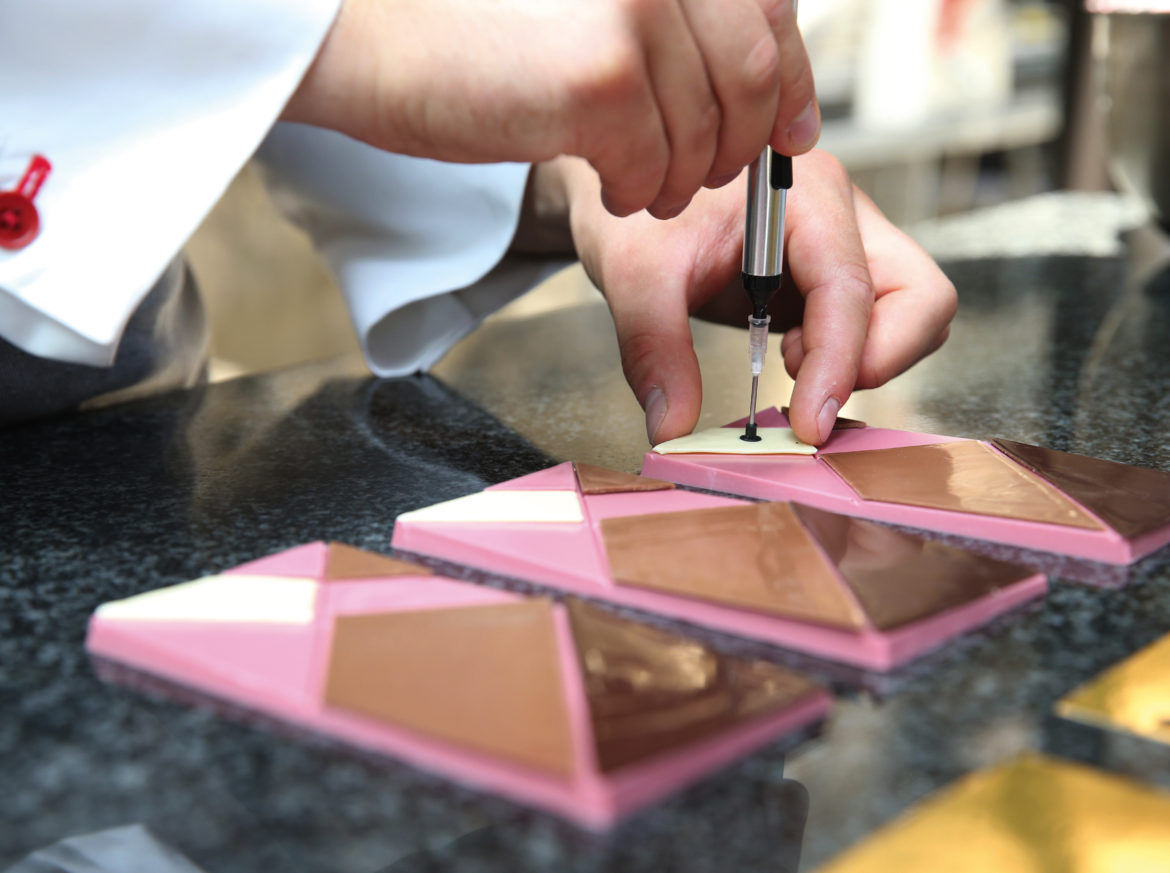 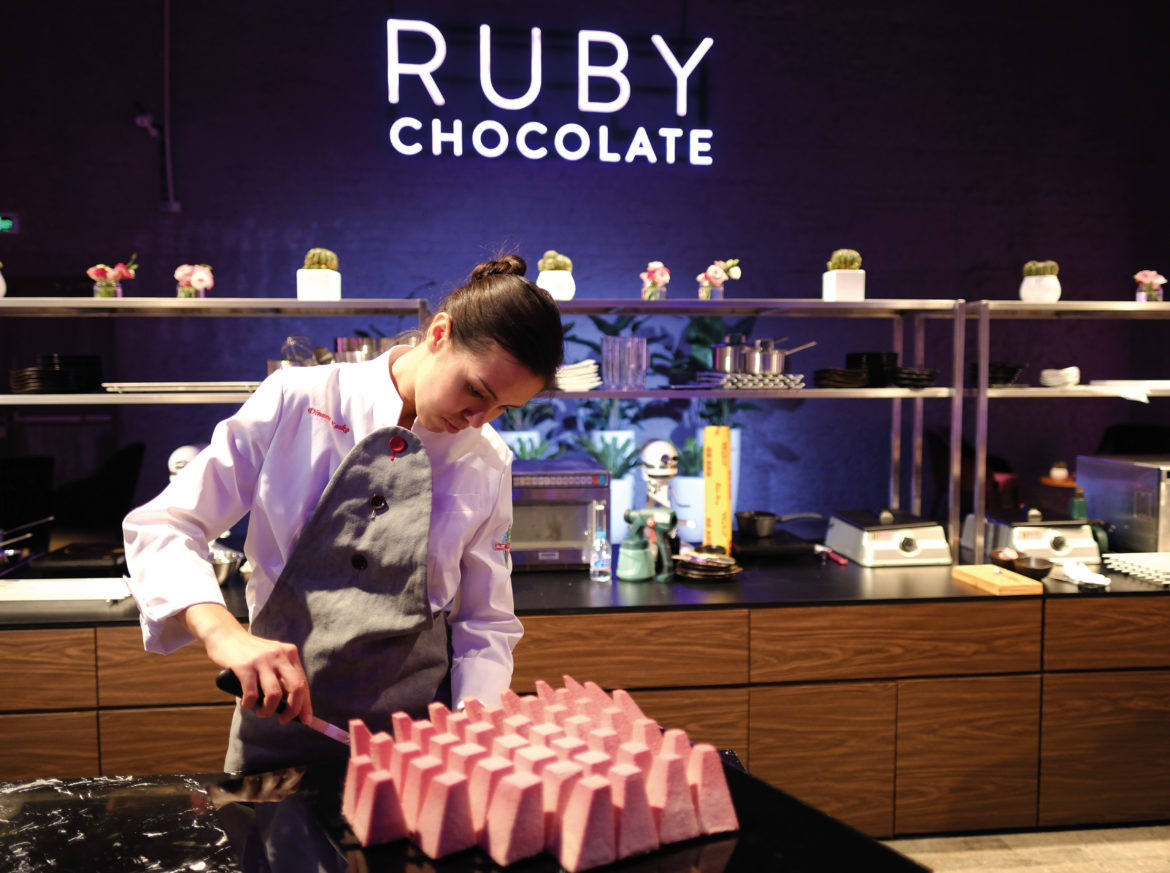 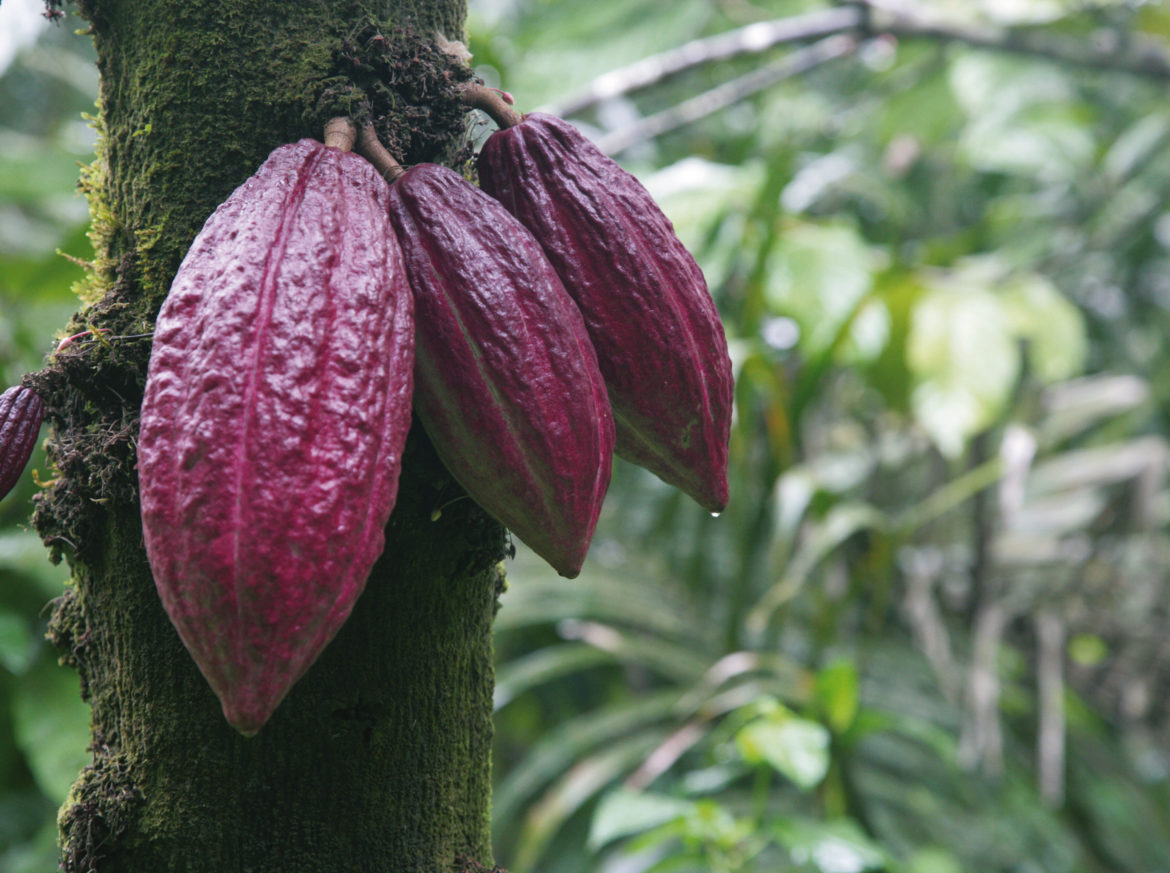 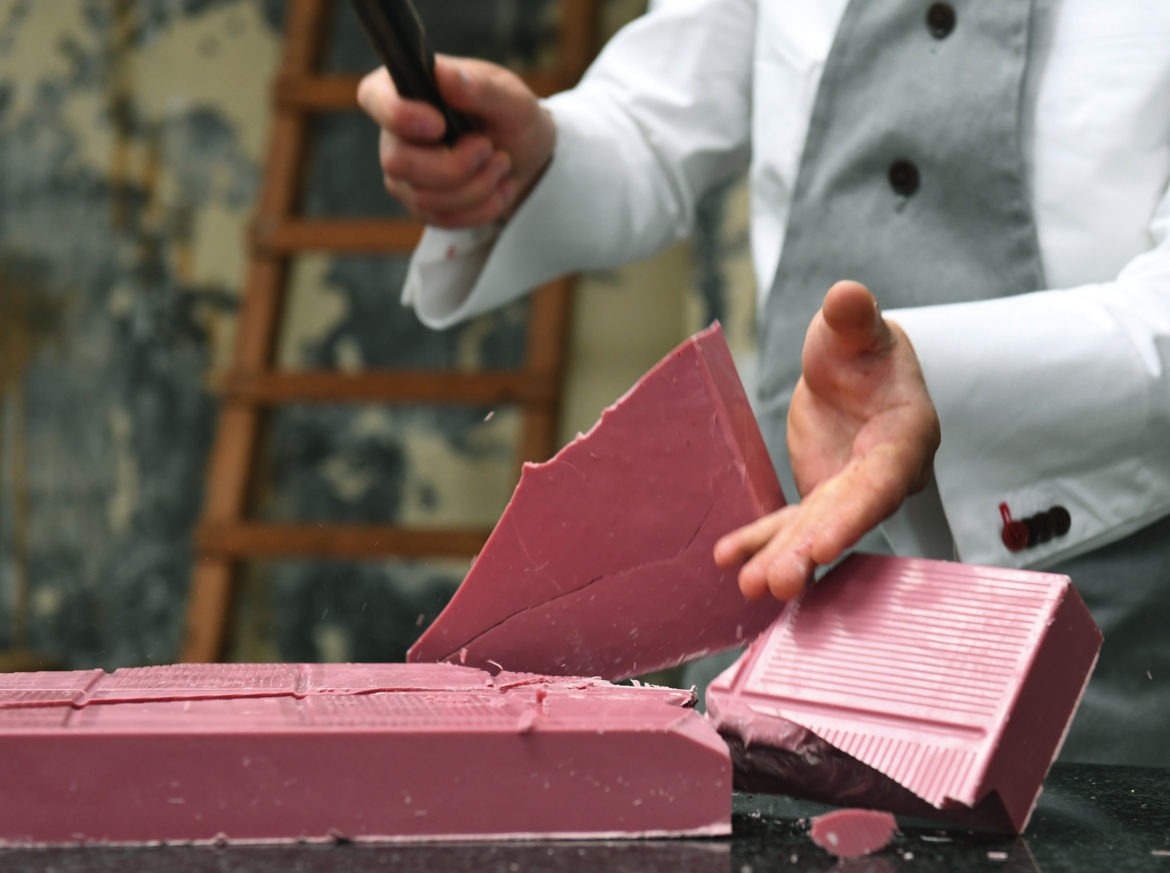 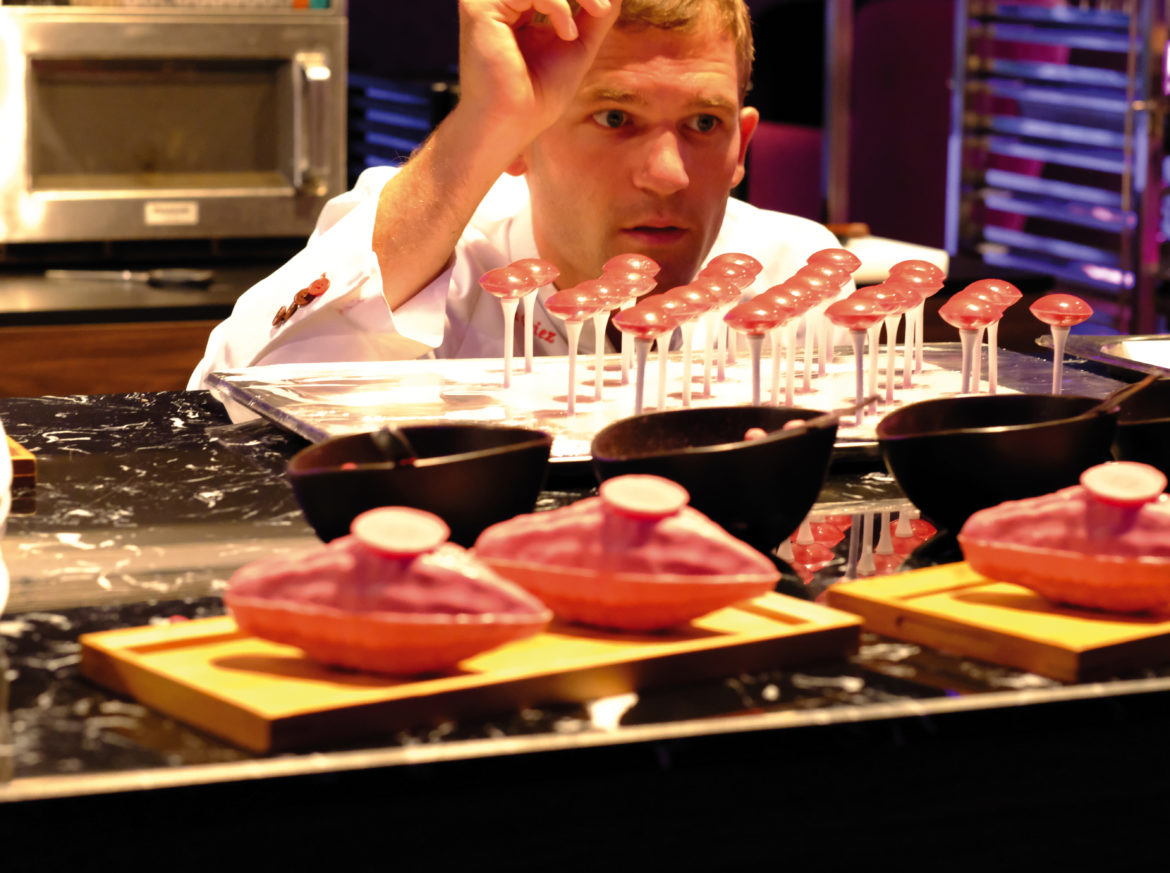 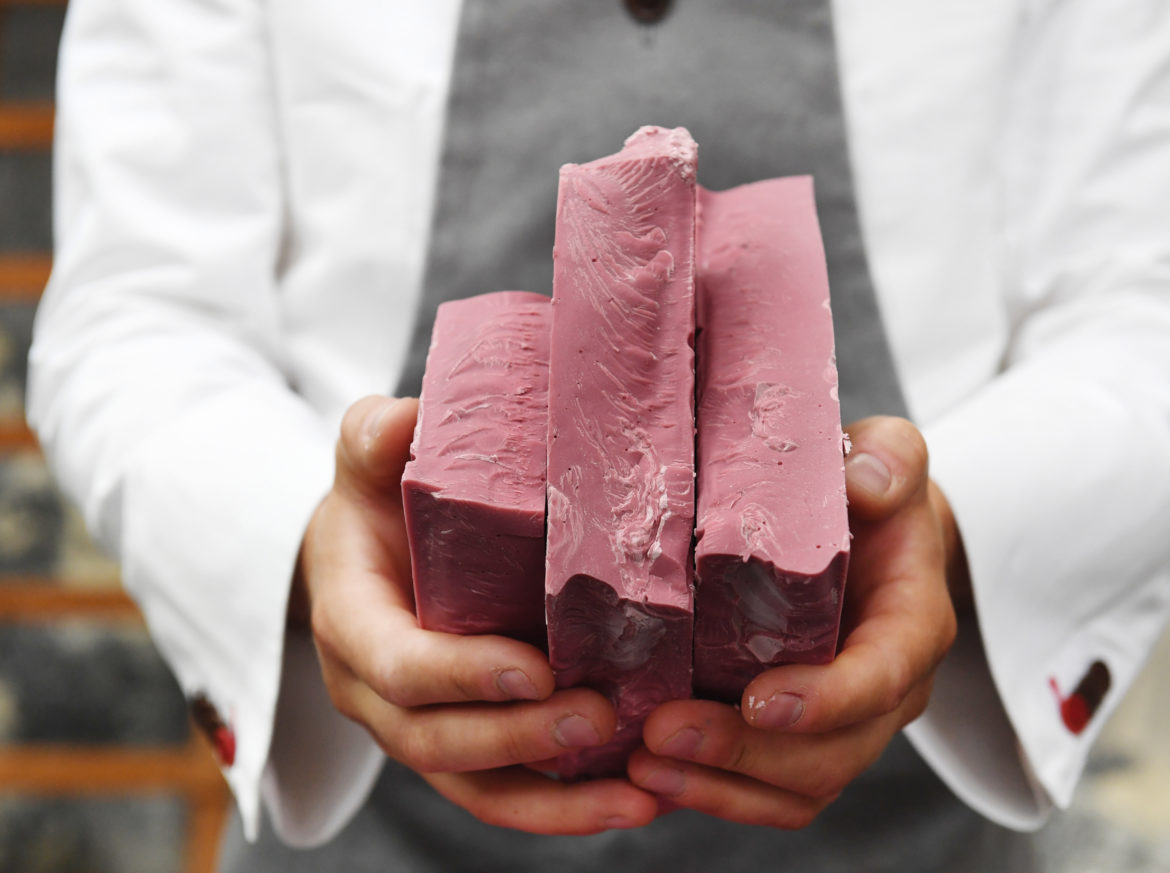 First came dark, then milk and, finally, white. Now, 84 years after the unveiling of the last generation of chocolate, the most popular treat among sweet-lovers comes to the market in a shade of pink — perfect to please the hedonistic tendencies of millennial customers. With fruity and citric notes along with powdered milk and vanilla, it is called ‘ruby’, and it was the jewel in the crown (no pun intended) in some of the desserts prepared by the region’s top pastry chefs last Christmas and New Year’s Eve.

Created by Switzerland-based Barry Callebaut, the world’s largest producer of chocolate and cocoa products, ruby chocolate was first conceived in 2004, but it was only first presented in September 2017, in Shanghai, China. It all began when the group’s research and development team discovered something unexpected: certain cocoa beans have components that give the chocolate a natural rose tint and a fruitier palate, unlike anything already created.

It took over 10 years of work (in partnership with Jacobs University, in Bremen, Germany) to identify and quantify these colour and flavour precursors in the beans, allowing Callebaut to isolate them and produce chocolate on a large scale at their Belgium factory. The cocoa trees that produce them are mainly in Brazil, Ecuador and Côte d’Ivoire, but these plants have also been found in Latin America and Asia.

“In 2015, just a few weeks before an extensive global consumer research was about to begin, one of Barry Callebaut’s team members insisted that the new chocolate should be added to the investigation,” says Bas Smit, the brand’s global vice president of marketing. “In 2016 and 2017, we conducted worldwide research with global research agencies Ipsos and Haystack in Japan, the UK, the US and China. When the results came in, the team knew they had discovered a real innovative breakthrough — one of the biggest in chocolate in 80 years.”

They were not wrong. When ruby first hit the public palate, as Nestlé’s KitKat Ruby, it was a success. Launched in Japan in January 2018, it sold out every day — just 30 minutes after restocking — at KitKat shops during the first week. The madness quickly spread to other countries: “Between January and February, over 1,500 articles were written by the world’s press, and, on the brand’s online platforms, there were thousands of comments from fans requesting this product be brought to their country,” reveals the website of Nestlé Portugal, which began selling it nationwide last May. 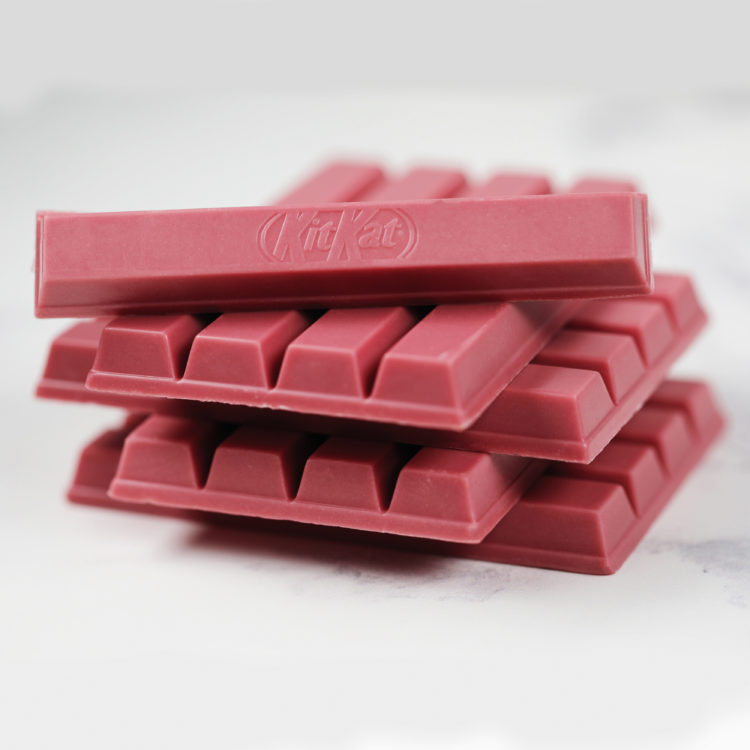 Today, ruby chocolate can be found in 40 markets. According to Hugo Coelho, business manager at Neoquímica (the master importer of Barry Callebaut in Portugal for 25 years), the country has seen “a few tonnes” come in, the first of which “was entirely for pre-reservations and orders.” The version sold by Neoquímica is the RB1, a different recipe from that produced by Nestlé, and which, according to Coelho, “is sweeter”. For its part, RB1 was moulded by and for chefs and artisanal chocolatiers, targeted at markets where the company from Carregado operates, such as hotels and fine-dining restaurants.

Neoquímica’s business manager already had an inkling that “something ground-breaking was on its way” when Barry Callebaut launched a natural food dye made from cocoa beans, but when RB1 arrived in Portugal in October 2018, the response ruby got from Portuguese chefs still surprised him: “As soon as it came out, chefs immediately started asking when it would get here,” Coelho says. This is also a very exclusive chocolate, which is reflected in the price, around €2 to €3 more expensive per kilo than high-quality dark chocolate.

Still, many chefs in Portugal have already embraced it (such as Patrick Mestre, from Tivoli Marina Vilamoura). “It has to be worked differently, with other ingredients. It can be used with champagne without losing its colour and maintaining a chocolate-flavoured finish. I recently tried a cola-flavoured ruby bar and they go very well together. For direct work, red berries and ginjas [sour cherries] are the easier pairing,” Coelho explains.

Another Algarve chef ‘playing’ with ruby is Pedro Matos, pastry chef at Vila Vita Parc in Porches. He heard about this chocolate at a training session in Belgium, around a year ago, when the product was not yet on the market. “Since it came from Callebaut, I trusted it would be a choice product and with which I would want to work,” he says. For Matos, this is a challenging chocolate: “The difficulty lies in keeping its natural colour and the connection. We have to be very mindful of temperatures and the acids; it’s quite sensitive.”

At Vila Vita, the chef started with bonbons, but on New Year’s Eve he took a risk with a ruby chocolate joconde (light sponge cake), with icing, raspberry, beetroot and pistachio. “It’s a citric chocolate, with the powdered milk really coming through. Some say there are hints of red berries, but that comes from colour association. Because it’s so subtle and delicate, it can get lost in the dessert if not used intensely. It works well in mousse constructions and creamy elements,” he assures. “It has been well received, but clients are still getting used to it; they don’t associate it with chocolate, thinking it’s food dye,” the chef explains.

Maybe because it is still new, this ruby has some way to go before becoming a jewel in the crown. 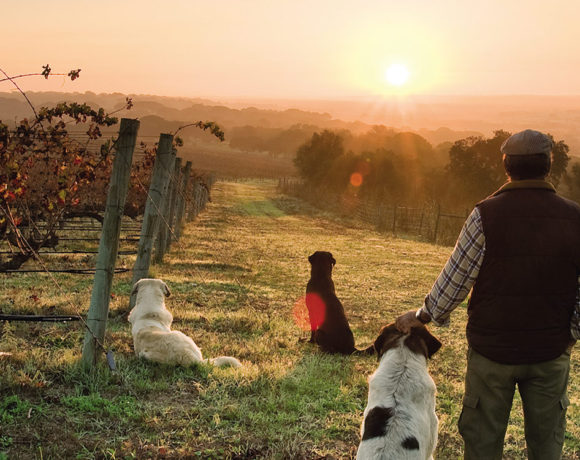 Why José Mota Capitão is in a league of his own 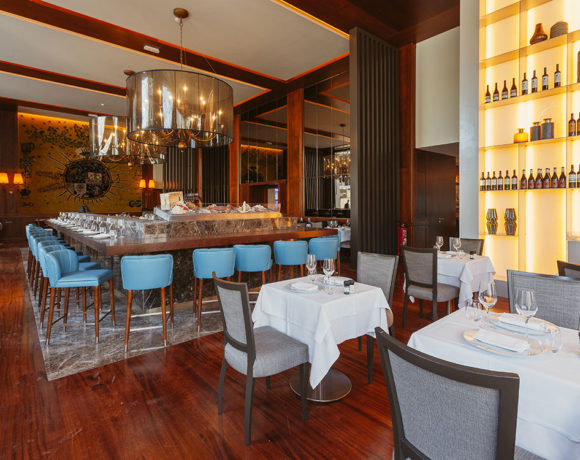