Good as New: A look inside the..

One of a Kind: An experience at Tivoli’s The...

One of a Kind: An experience at Tivoli’s The One 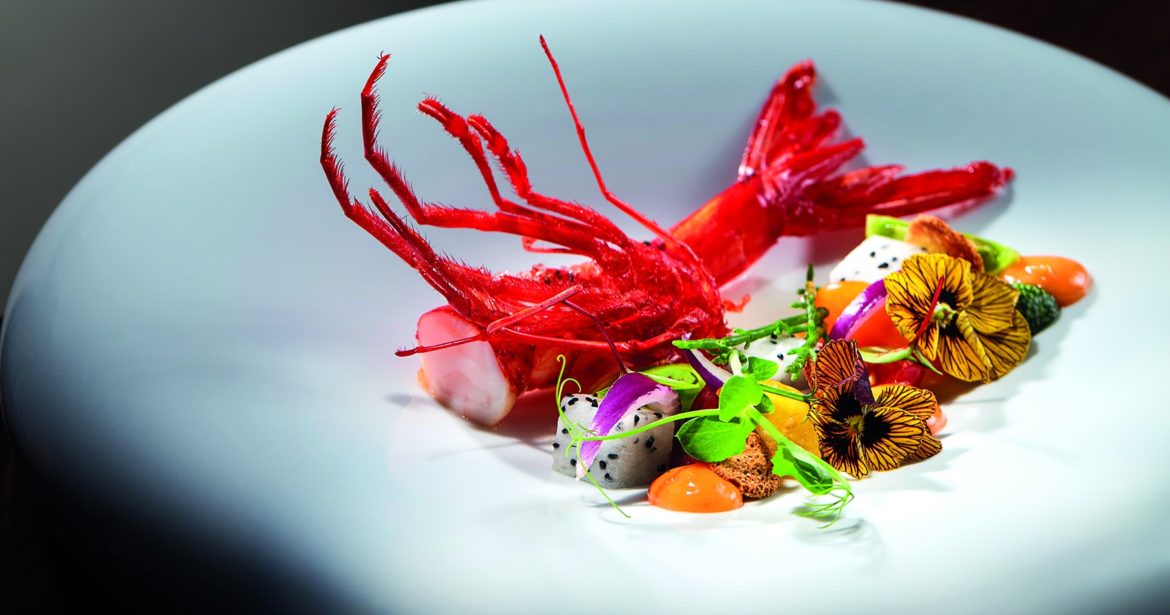 After a recent renovation, The One at Tivoli Carvoeiro is ready to treat guests to an all-new culinary experience

Imagine being challenged to redesign an entire restaurant in August — the Algarve’s peak season. It sounds more like the plot of a reality television show versus an actual possibility, but Tivoli Carvoeiro’s The One managed to defy the odds. “We always felt there was something missing,” says João Jesus, who has been with the Tivoli brand in the Algarve since 2002 and became the general manager of Tivoli Carvoeiro at the beginning of 2019.

The One’s change intended to improve the overall guest experience. From redoing the wallpaper, bringing in new furniture, and even converting the balcony into a garden-style seating area, the restaurant’s dedicated crew tackled a total transformation in a seemingly impossible one-and-a-half days. Their efforts certainly did not go unnoticed. “The feedback these last few months has been the best we’ve had during the two years that The One has been opened,” João says. If a makeover was not enough, The One came out with an all-new menu during the redecorating process. This revamped selection centres around the uniquely authentic flavours of Algarvean cuisine. “Our aim is that guests leave the restaurant every time marvelled by the experience,” João says.

In joining the Tivoli team in July, chef Bruno Augusto may be new to the restaurant but is no stranger to the kitchen. He was first introduced to the culinary world as a child, when he says he would help his mother and grandmother bake sweets. As a teenager, Bruno decided to take this passion a step further and pursue culinary school. Since then, the chef has spent half his life in kitchens all across the world, from his home country of Portugal to Switzerland to Brazil to finally settling back into the Algarve, with The One being a prime example of his talents.

His focus with the new menu is on “tradition with a twist”, highlighting local, top-quality products for a presentation that provides both a cultural and culinary experience. For instance, the summer menu’s roasted octopus may seem like a familiar cuisine, but paired alongside red cabbage, broccolini and Aljezur sweet potatoes, it is practically an entirely new dish. “We work the products in a different way,” Bruno says.

The menu changes regularly to better incorporate seasonal products, complete with two tasting menus (including a vegetarian option), starters, desserts, and main courses split between two pages: from the sea and from the land. For those in the mood for seafood, the turbot baked in a salt crust with lemongrass sauce and medley of Mediterranean veggies makes for an easy choice. As for the land, any devote carnivore would have a hard time passing on the tomahawk steak — a colossal cut of meat that’s been dry aged for 45 days and weighs a whopping 1.2kg. Covered in green peppercorn sauce and served with an Algarvean salad and wedge potatoes, it leaves little to question why the dish is meant for two.

During our first visit to the restaurant in late October, we were welcomed by friendly staff, who led us to an intimate table overlooking the balcony and moonlit ocean. The new design of the space balances a seaside-inspired indoor palette with the natural colours of the nearby coast — a pleasant reminder that the sea sits just steps away. Faced with the dilemma of having too many choices on the summer menu, we opted to trust the chef’s recommendations — a decision that did not disappoint.

We started with the “Land and Sea” appetizer — a tapas-style assortment of deli­cacies, which included sautéed clams, a pair of fried prawns, roasted Padrón peppers, savoury prosciutto slices and cheese cubes marinated in olive oil. Enjoyed with a crisp white from Quinta de Chocapalha, it was a spectacular start.

For the main course, we ordered the turbot — and thanks to the turning heads from those at neighbouring tables, we did not need to see our order to know it was on the way. Baked in a salt crust and delivered on a large cart still steaming, the fish was carved right at our table before being placed beside a bed of confit potatoes and a colourful cornucopia of Mediterranean vegetables. The turbot was cooked to perfection and tasted exceptionally fresh, and our waiter mentioned that with the varying sizes depending on market availability, these fish can weigh up to 2kg. Served with a side of zesty lemongrass cream sauce, the dish was well paired with a glass of Manoella Douro 2018.

Ending with dessert, we enjoyed a decadent chocolate mille-feuille with tart cherry ice cream dusted in a subtly sweet yet slightly salty crumble. Paired with the rich flavour of Graham’s 2013 Late Bottled Vintage Port to wash it all down, it was a grand finale to our meal.

Despite being a fine dining experience the concept of this restaurant is clearly centred around the principals of Algarvean cuisine. Above all, what makes The One stand out is its focus on serving great wine and real food cooked with skill and care.

The One is open from 7pm to 10pm, from Tuesday to Sunday. In addition to the new winter menu, the restaurant has several seasonal events planned for the upcoming holidays (including a five-course Christmas Eve dinner, a Christmas dinner featuring appetiser and Christmas dessert buffets, and a six-course New Year’s Eve dinner — all complete with wine pairings). 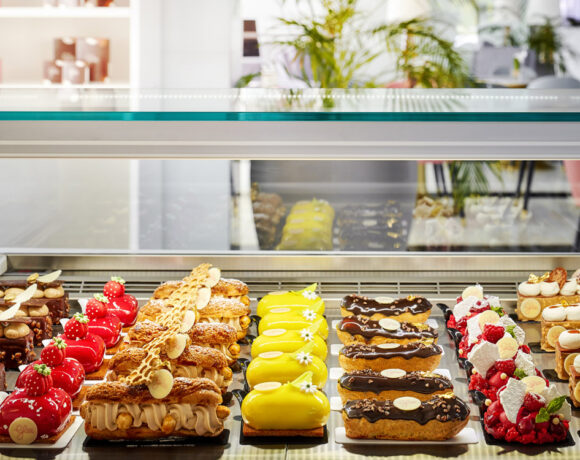 Glee Café is the latest addition to Tivoli Marina Vilamoura 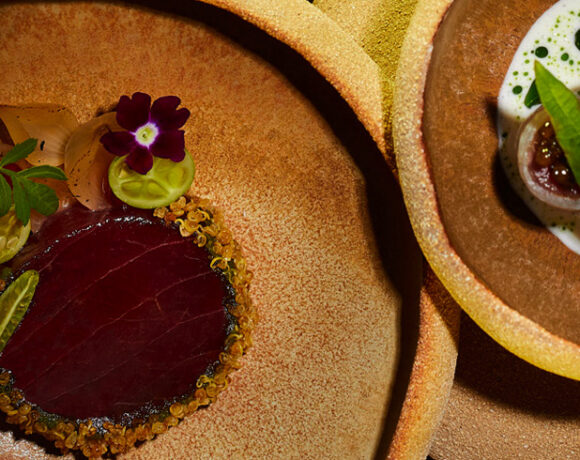