Change Ahead: The wine industry prepares to combat... 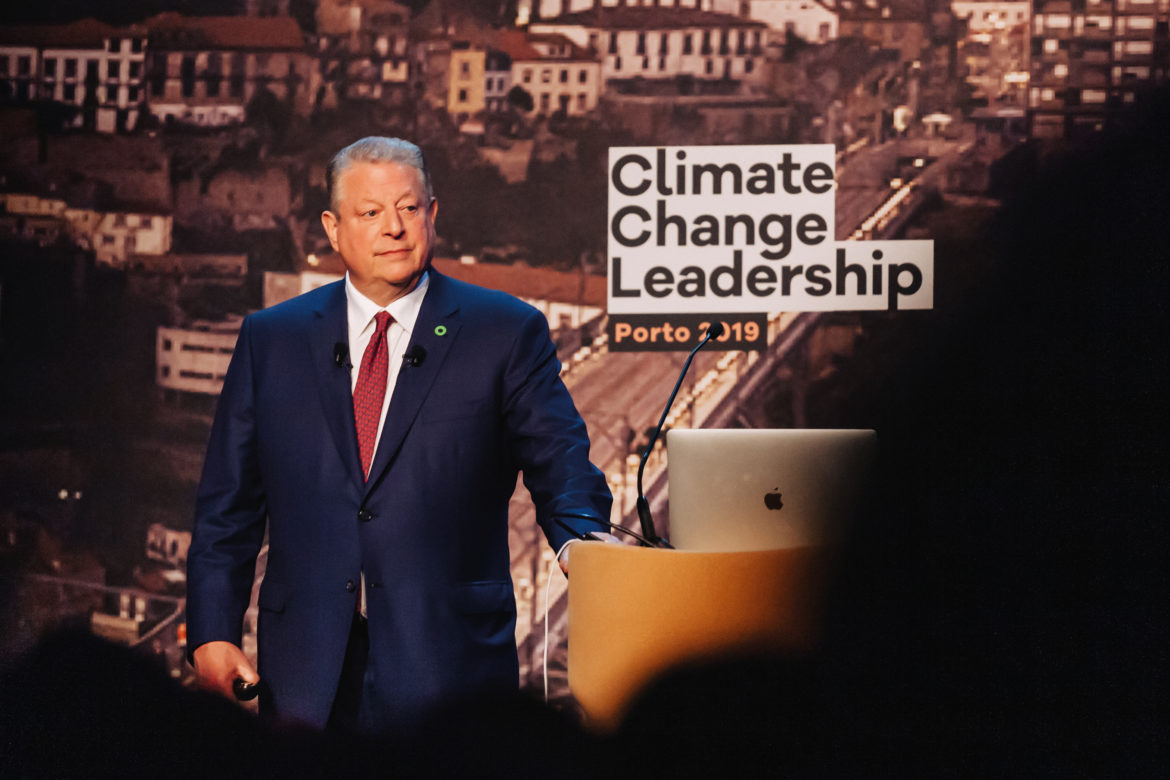 We are now all aware of climate change but what can we actually do? What if climate change is in fact an opportunity to review our conservative thinking and to adapt? In fact, many of the thinkers and doers at the forefront of the combat to mitigate the effects of climate change are convinced that sustainability does not mean the end of profitability.

held in Porto, in the north of Portugal, reflected a need to find practical solutions to adapt to the realities of climate change in an agricultural industry which is extremely sensitive to this change: wine.

Talking to speakers and participants at the conference, I sensed the mood was far from despondent. In fact, it was almost upbeat. The wine industry is busy developing dozens of solutions, and through the Porto Protocol platform it is now sharing better practices for climate mitigation and sustain- ability, not only within the wine industry but in other sectors as well.

Adrian Bridge, CEO of Taylor’s Port and the man behind both the Porto Protocol and the Climate Change Leadership Conference, explains that wine, as one of the only branded agricultural industries in the world, is in a strong position to voice mitigation solutions. “We have pushed the snowball off the top of the mountain… the ball is now rolling,” Bridge says. This claim is backed up by the figures, as thirty different nationalities attended the three-day event.

Mike Veseth, editor of The Wine Economist, a blog that analyses today’s global wine market, states the facts: “There are not many climate change deniers in the wine industry.”

Rising temperatures mean not only shifts in the suitability of areas for vine planting, but equally earlier grape harvesting. Long after we would previously have considered winter to be over, and budding has occurred, vineyards are being threatened by violent storms and hail, leading to plant destruction, lower yields and soil erosion.

So, what are the solutions? Climate-drift analysis, for example, is being used by companies such as Portugal’s Sogrape Group to examine the shifting suitability of regions for vineyard planting. Symington Family Estates, one of the country’s top wine producers, is studying the effects of climate change on different grape varieties at its climate research vineyard in Quinta do Ataide; and Taylor’s Port is part of an increasing number of producers committing to responsible water management. Across the border, Bodegas Torres in Spain is using — and sometimes reusing — lighter bottles, while some wine producers are even bottling their wine nearer to the point of consumption to lighten their trans- port footprint.

Banfi Vintners are a major US importer of quality wines, and the Banfi family also owns Castello Banfi, a large and fully sustainable winery in Montalcino, Italy. The company’s CEO, Cristina Mariani-May, is convinced of the importance of sharing climate change adaptation research.

“We need to be transparent here, and it’s vital that the new generation of winemakers is trained to adapt.” Banfi has endowed a Cornell University Wine Professorship for this purpose, in Ithaca, New York, while in Portugal, Symington Family Estates are sponsoring students attending the influential oenology course at the Trás-os-Montes and Alto Douro University, in Vila Real.

Linda Johnson-Bell, head of the Wine & Climate Change Institute, in Oxford, England, believes that producers need to develop dry farming. She was one of several participants at the conference who sustained that better-informed wine consumers, and in particular millennials, concerned by the quality of the wine they are drinking as well as by their health, are today willing to pay more for a product of the same quality, if this product is gentle to the environment. It is interesting to note here the 15% growth in organic wines, in a context where overall growth by volume for the industry is virtually static.

The conference’s keynote speaker, former US Vice-President and climate activist Al Gore, closed the event on a note of encouragement: “The leadership role taken on by Portugal is an example for the entire world.” He also highlighted the worldwide exponential growth of renewable energy, and its decreasing cost, as a source of hope for mankind.

Portugal could be particularly vulnerable to the effects of climate change. Rising sea levels are already leading to beach erosion, and rising temperatures and lower rainfall could ensure that regions such as the Alentejo gradually become unsuitable for most forms of agriculture.

Spearheaded by the private sector, and supported by forward-thinking public policies, an opportunity exists for Portugal to tilt its economy to embrace renewable energy, clean transport and sustainable tourism. With imagination and vision, Portugal can position itself as a world leader in this field.