Watch out for Portugal’s women winemakers

Watch out for Portugal’s women winemakers 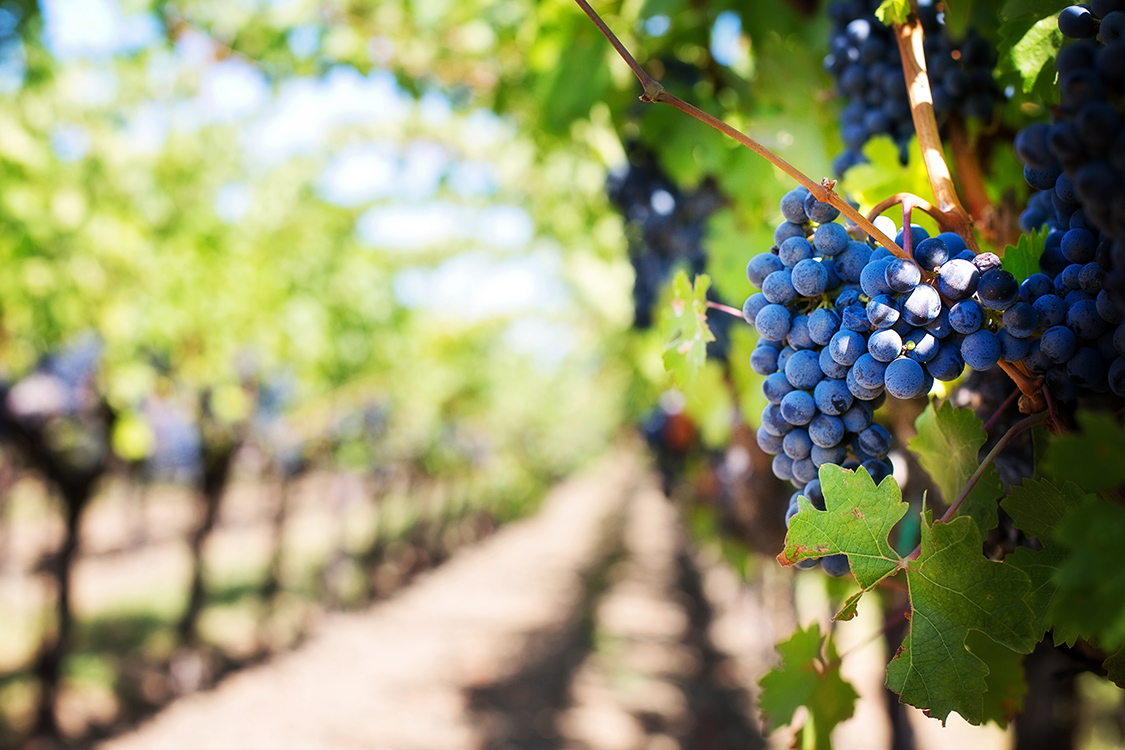 In 2020, one of Portugal’s most accomplished wine producers told me, in his opinion, the best winemakers were usually women. Last November, wine columnist Jancis Robinson wrote in the Financial Times about “women’s proven superior tasting sensitivity”. According to Robinson, we “have reached a tipping point in the way women are treated in the wine world”.

Portugal has several women in senior wine trade positions, from Beatriz Machado, responsible for Marketing and Tourism at Niepoort Vinhos, to Olga Martins, CEO of Lavradores de Feitoria, in the Douro. But what about women winemakers? At a time when the new United States Vice President, the President of the European Commission and best-selling authors, such as J.K. Rowling, are women, how are women winemakers positioned? As the global wine industry competes for market share with other alcoholic beverages and attempts to widen its consumer base to include younger and more diverse drinkers, it is interesting to note that in the US 60% of wine consumers are female.

In a traditionally male-dominated profession, this century has seen considerable change. Unfortunately, it is not possible in a single article to mention all the talented women winemakers working in Portugal today. However, talking with wine trade insiders, several names kept recurring; five mid-career women winemakers, vineyard owners or consultant oenologists, of more or less the same generation, who have significantly contributed to breaking the mould. 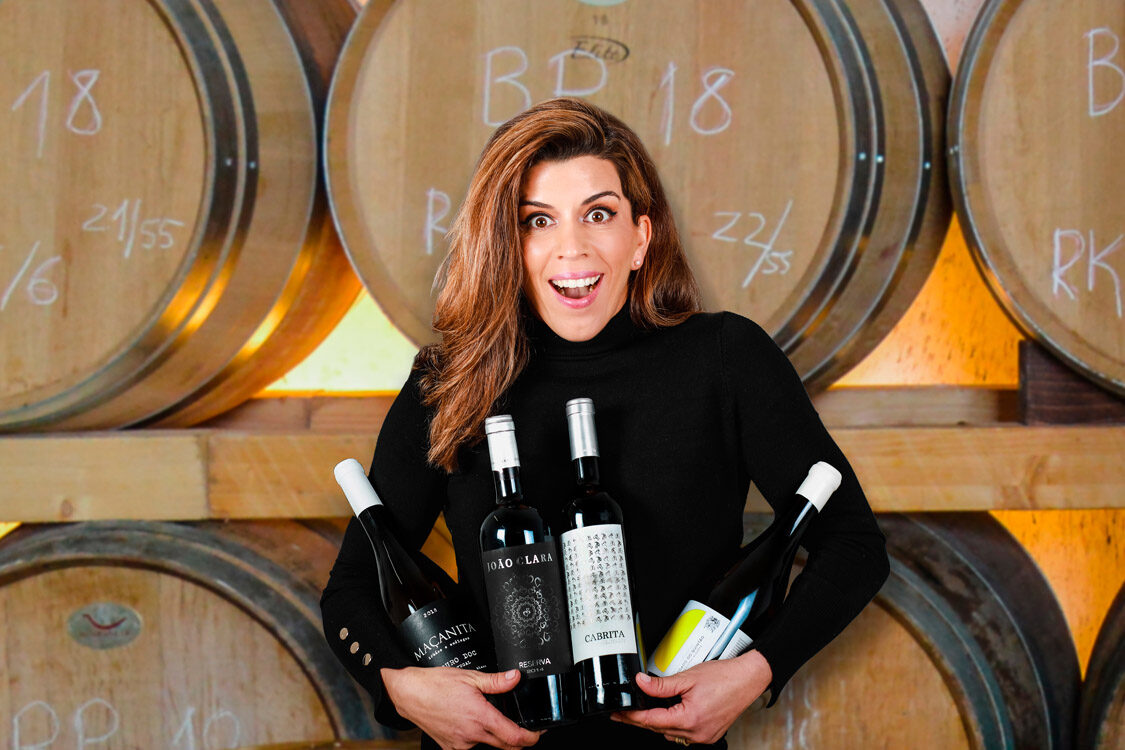 Joana Maçanita has made wines in several regions of Portugal, as well as early on gaining a “disciplined” winemaking perspective at Haselgrove Wines, in the Adelaide Hills, Australia. Since 2006, Joana has made some of her best wines in the Algarve, including a longstanding, successful collaboration with Quinta João Clara, in Alcantarilha. In clay soil, Joana works with the traditional Negra Mole grape to make a splendid, fresh, fruity mono-varietal red, João Clara Negramole. The batches produced are small, and consumption remains mainly local, due to government restrictions on vineyard planting.

A driven experimenter, in the manner of Dirk Niepoort, Joana talks about her “emotional involvement” in winemaking and mentions that when she started she encountered more tolerance from the wine trade in the north of Portugal. Far from restraining her creativity, she says the Covid-19 pandemic has enabled her to spend time on digital development and the creation of an online shop. With her brother António, Joana has recently set up her own winemaking project, in the Douro, known simply as Maçanita. In the hills near Alijó, in the Cima Corgo, brother and sister are working with micro-terroirs and very old vines, and we can expect some exciting surprises. 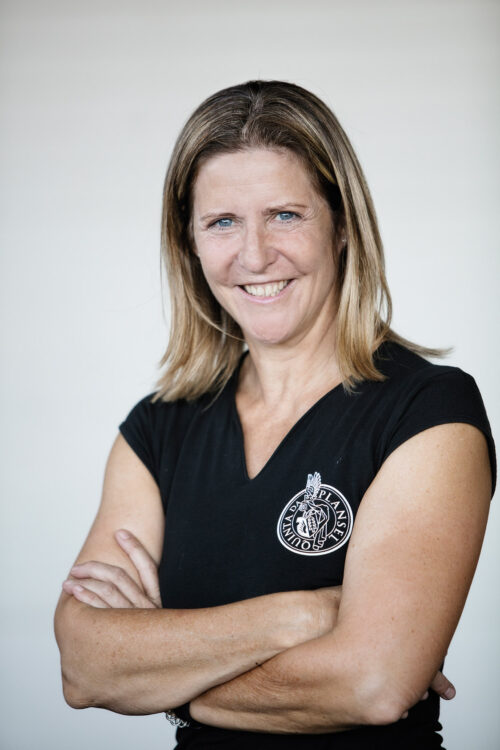 Further north, in Montemor-o-Novo, near Évora in the Alentejo, Dorina Lindemann develops an innovative, research-based project at Quinta da Plansel, with winemaker Carlos Ramos. Among 75 hectares of vineyard, dotted with olive trees and cork oaks, Dorina experiments with her favourite grape variety, Portugal’s resilient Touriga Nacional. The micro-climate at Montemor-o-Novo provides cool nights to offset the intense Alentejo daytime heat, while Touriga Nacional’s roots dig deep to find water and minerals, particularly iron, in the soil. The relative proximity of the Atlantic adds a touch of saltiness.

Dorina believes that wines today need to be made for immediate drinking, rather than ageing. Quinta da Plansel’s wines are elegant, with light oak, the Touriga Nacional providing feminine floral notes balanced by more masculine powerful tannins. The brand has a growing number of followers in its two principal export markets, Germany and Switzerland.

Quinta da Plansel is far more than a successful wine producer, however, it is in fact a hub of activity. In addition to making wines, Plansel has conducted extensive research into varietal selection with pioneering work on mono-varietals. Dorina runs a nursery that supplies winemakers throughout Portugal with vine plants. Her father, Hans Jörg Böhm, is a distinguished authority on Portuguese grape varieties as well as a collector of contemporary art. Exhibitions are curated in the estate’s gallery. Plansel was also the first winery to become an approved WSET (Wine & Spirit Education Trust) wine education provider, offering level 1 and level 2 courses. To receive wine enthusiasts when tourism resumes, Dorina is currently preparing four comfortable apartments, grouped around a 12th-century chapel on the estate. 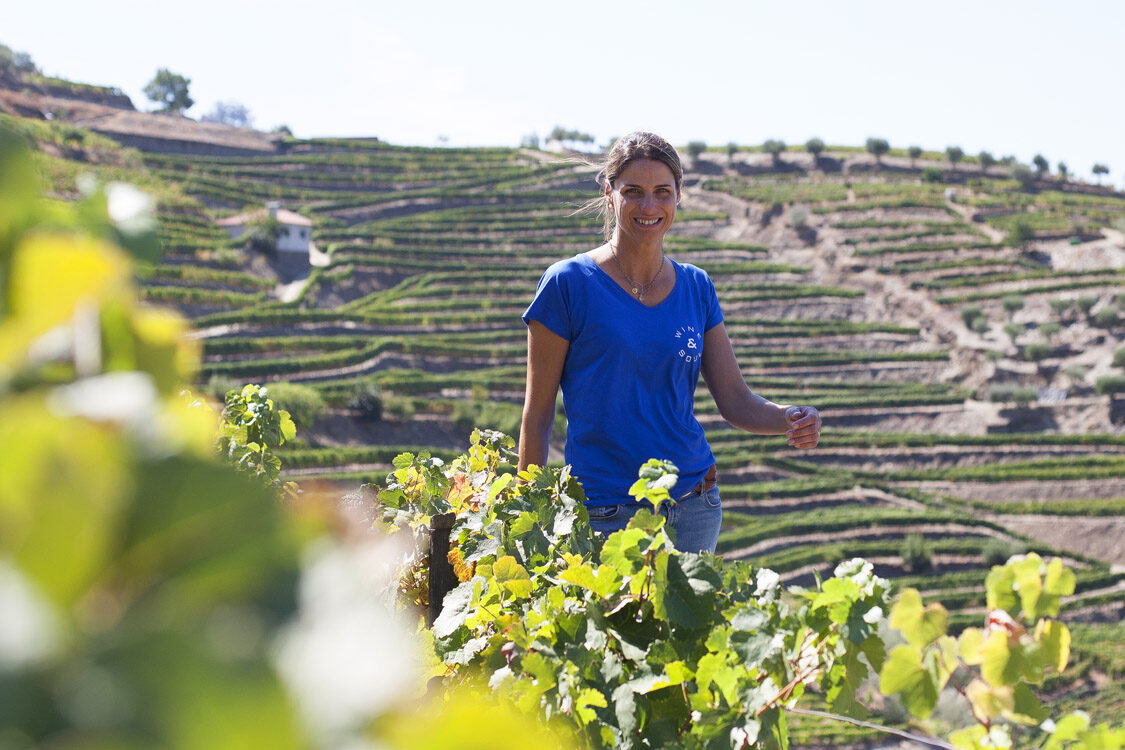 Sandra Tavares da Silva is a winemaker of exceptional talent who has worked in the Douro since the turn of the century. In 2001, after working as an oenologist for Cristiano van Zeller at Quinta Vale D. Maria, she founded Wine & Soul with her husband Jorge Serôdio Borges, also a gifted winemaker. The couple realised the Douro had the potential to become one of the world’s great classic winemaking regions. Sandra is now at the pinnacle of Portuguese winemaking with an international reputation. Wine & Soul was the only Portuguese brand listed in 2020’s Wine Spectator Top 100 (in this writer’s humble opinion, the Top 100 could have fitted in one or two more Portuguese), and the only Portuguese brand with three wines in the Revista de Vinhos listing, respectively the leading international and national rankings.

At Vale de Mendiz, Sandra and Jorge create traditional Douro field blends from old vines giving their wines a modern twist of elegance and lightness. She refers to these ­field blends as “the Douro’s greatest secret”. Each grape variety sings a distinctive part, in harmony with its companions. Despite her stellar reputation, Sandra pays tribute to the knowledge transmitted from older generations and acknowledges winemaking is a continual process of learning.

The Douro is another Portuguese region for which, at least for the time being, international recognition is not always followed by available bottles. In this mountain vineyard, yields are extremely low and quantities produced correspondingly small. Please look out for anything from Wine & Soul with a Pintas, Guru or Manuella label, it will be worth your every cent. Sandra also makes wine at her parents’ estate, Quinta do Choca palha, near Lisbon. 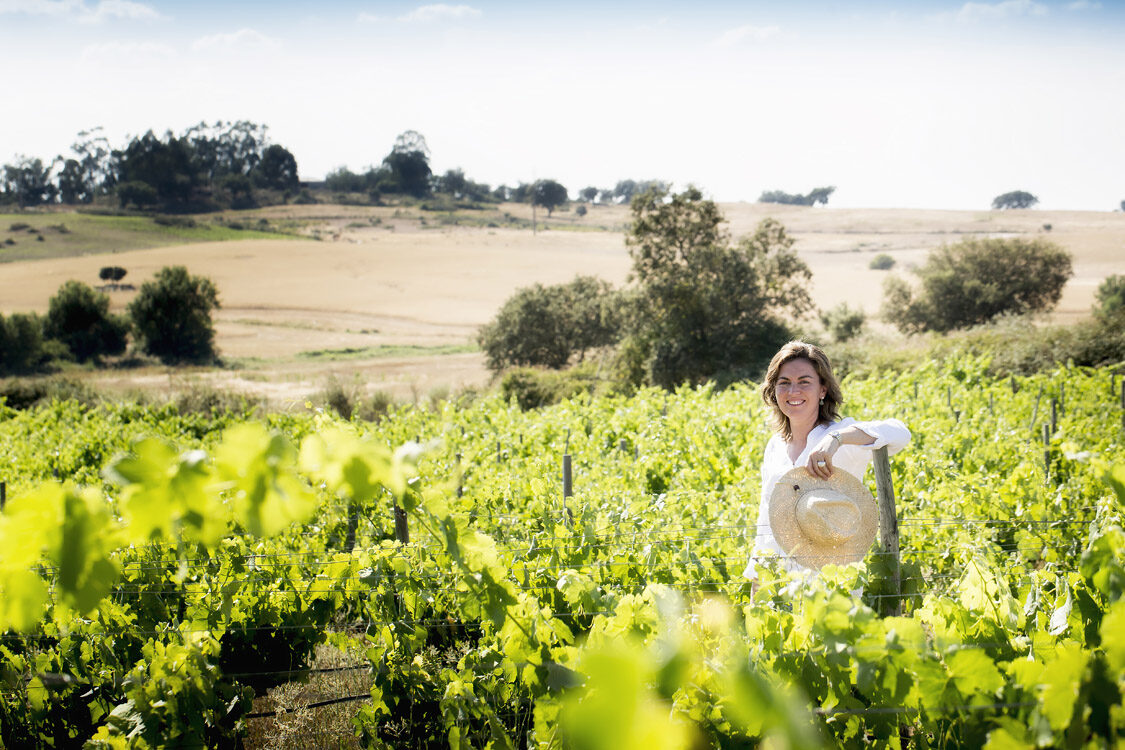 Sandra Tavares has a winemaking partnership with Spanish-born Susana Esteban. For the fun of making wine together, the two friends make the delightfully named and excellent Crochet in the Douro and Tricot in the Alentejo. Susana has another collaborative project called Sidecar, where she challenges a friend (for instance Dirk Niepoort, a major influence for her winemaking) to produce a wine in her cellar. Trained in oenology at La Rioja University in Spain, Susana began working in the Douro in 1999, spending five years as head winemaker at Quinta do Crasto from 2002-2007 and contributing to building one of Portugal’s greatest wine brands. In 2012, she became the only woman ever to receive the prestigious Revista de Vinhos’ Best Winemaker of the Year award.

Susana has just bought five hectares of vineyard at Alegrete in the Alto Alentejo, at an altitude of 700 metres. Disarmingly, she says she is not expecting her first vintage for another 10 years, and is still identifying the varieties of grapes in her vineyard, but we can bet the wines will be worth the wait. 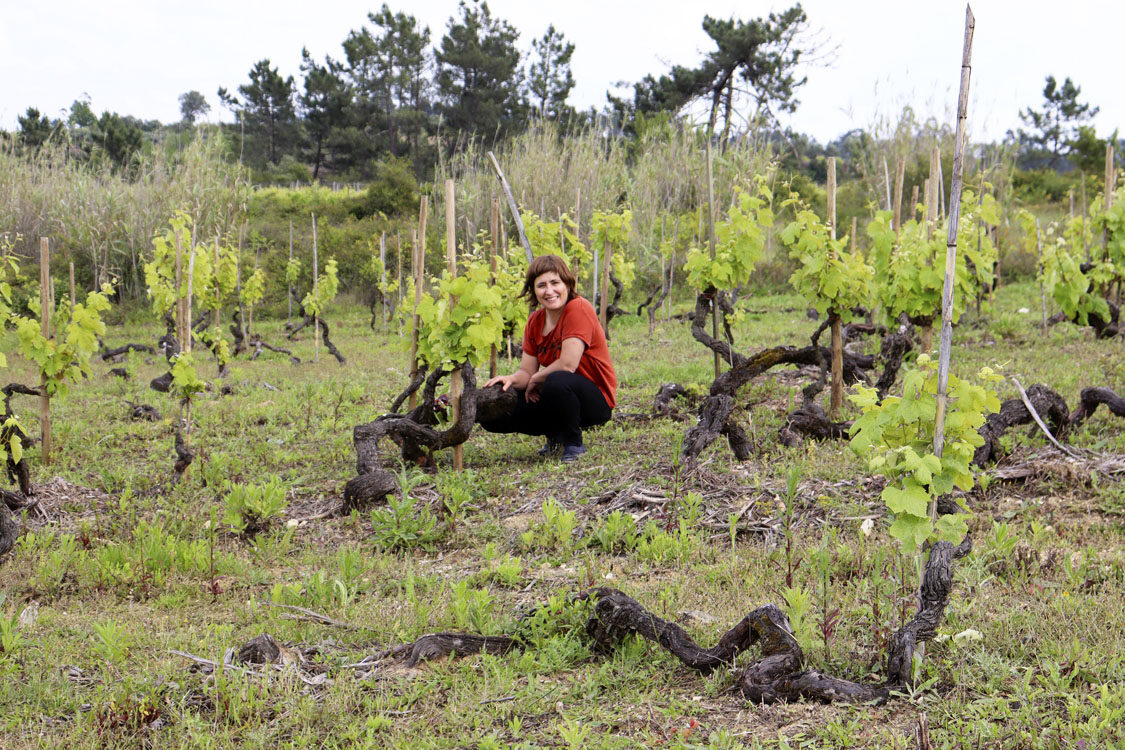 Finally, I have to mention Filipa Pato, who makes wines in the Bairrada, a region with sandy clay and limestone soils which attracts many of Portugal’s best winemakers. The daughter of the distinguished Luís Pato, Filipa creates a stream of unusual experimental wines of the highest quality. Many are made with the red Baga variety, a star of the Bairrada. It is no exaggeration to say that if her father Luis is the King of Baga, then Filipa is Baga’s uncontested Princess.

Post Quercus is aged in small unlined clay pots that permit micro-oxygenation, allowing a more rapid ageing process. The 2017 has the incredible concentration of Baga, wonderful freshness, and rounded supple tannins. Ideal for drinking now. Nossa Calcário Branco is made from the traditional Bairrada white variety Bical, and vines at least 25 years old. Complex, delicious and beautifully oaked, with notes of toasted nuts and fresh fruit, this wine is an impressive example of how Portugal is today creating top-quality whites. Filipa also creates two of my favourite Portuguese sparkling wines, 3B Brut and 3B Rose, both rich, refreshing, excellent value wines guaranteed to lift the spirit.

When you are next in your local wine store, I urge you to seek out women winemakers and discover for yourself the particular qualities they bring to the bottle.