Architectural Wonders: An interview with architect... 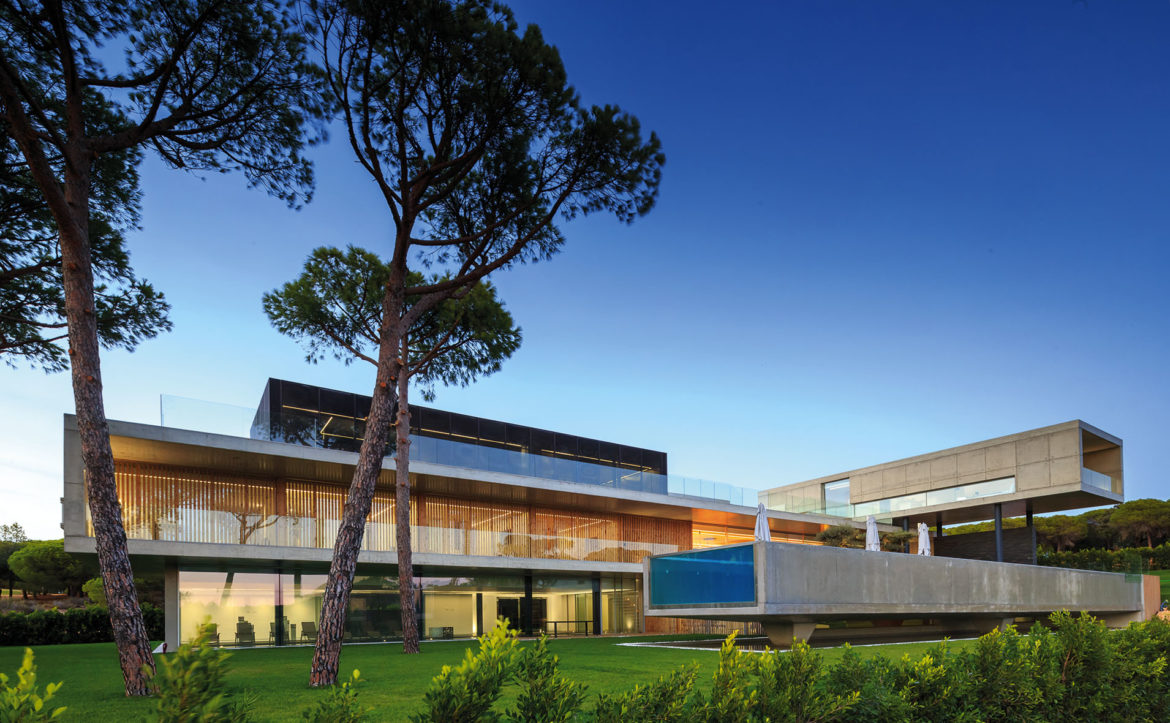 Le Corbusier once said: “Architecture is the learned game, correct and magnificent, of forms assembled in the light.” Judging by Vasco Vieira’s legacy, this is a game he plays very well. It is impossible to remain indifferent to a building created by the Portuguese architect, be it a single villa or a large luxury resort.

At 49 years old, the owner of the Arqui+ studio, in Loulé, has a well-established career and an impressive portfolio with over 500 outstanding projects, developed over the last 12 years. He is one of the most respected architects in Portugal and a central figure in the Algarve.

“I knew early on I was going to be an architect,” he recalls. However, it is still impressive that the South African-born young man drew his first architectural project at only 11 years old, and on a scale of 1:100. He still has that drawing today. “My parents were going to build a house and I designed the plans and elevations. At the time, people chose the house model from a catalogue. As I always enjoyed drawing and wasn’t happy with those models, I decided to make my own project,” he says.

He enrolled at the University of the Witwatersrand, in Johannesburg, where he graduated in architecture, but in 1994 he moved to Portugal, to escape the political and social instability that plagued the African city. “I already had a stable job and life, but I decided to start over in Portugal.” He fell in love with the Algarve during the 10 years he worked as construction head and main architect at Vale do Lobo resort. He later decided to venture into his own personal project, founding the Arqui+ architecture studio, which started out modestly, with only two professionals. “We are almost 20 now.”

Despite having an ample and sophisticated studio, the entire creative process of developing a concept is handled by Vasco, in his home and by hand. “I focus better at home. I work with my eyes a lot: I have to visualise the concept and draw by hand so that the process develops more fluidly,” he explains. Later, the first work he presents his clients is that exact sketch, hand drawn and to scale. The feedback is exciting. “Clients really like it, they feel special. Unfortunately, creative processes are becoming more and more impersonal,” says the architect, who believes it is vital for clients to be involved throughout the project.

Several characteristics immediately expose the unmistakable, contemporary and modern style of a Vasco Vieira project. The presence of water elements; the wide use of glass; the simplicity and horizontality of lines; double-height ceilings; and open spaces are common traits in all his works. His aim is always to draw on the location by integrating the building with nature, taking advantage of natural landscapes and direct sunlight.

“Above all [it’s about] aligning beauty to functionality. All our projects are feasible and functional”

Even though he believes he has a “unique style and self-identity”, Vasco is mainly inspired by the timeless works of three great masters with whom he identifies – Le Corbusier, Mies van der Rohe and Frank Lloyd Wright.

After building hundreds of houses, he assures: “No two projects are alike. Each one is individual, made for that location and that specific client.” Most of the ongoing works are single properties in the Algarve, but also small luxury hotels, and three large ones in Dubai, Miami and Madrid. “We also have various projects in Russia, Kuwait, France and The Bahamas. I am increasingly doing large, international projects. I travel a lot, which gives me a more open mind and allows me to experience other ways to work,” he states.

His clients are mostly foreigners seeking second-home projects. He admits the British market has “always been the strongest”, but there are other significant investors, such as the Irish, Germans, Belgians, Dutch, Poles and Russians. “Honestly, we have clients of all nationalities investing in the Algarve,” he says. “Despite having worked in the best places in the world, I have yet to find somewhere better to live than here. Many of our clients are billionaires and they could have chosen to have a house anywhere in the world, but they chose the Algarve. Why? Well, I believe we often need to travel to realise the quality of what we have at home. In my opinion, Quinta do Lago and Vale do Lobo are the best places for wealthy individuals to invest risk-free,” he says.

According to the architect, what makes his work stand out is investing in a quality concept. This investment will consequently be reflected in what he describes as a much higher commercial value. “We built 20 small properties in Areias de Seixo, in Torres Vedras. In the same place, where a house with the same area is selling for €250,000, ours go for one million,” he adds. The same happens in Quinta do Lago: while a new property costs around €6.5 million, houses with Vasco’s signature are never under €10 million, he assures.