Sardines Get Posh: The fish fi.. 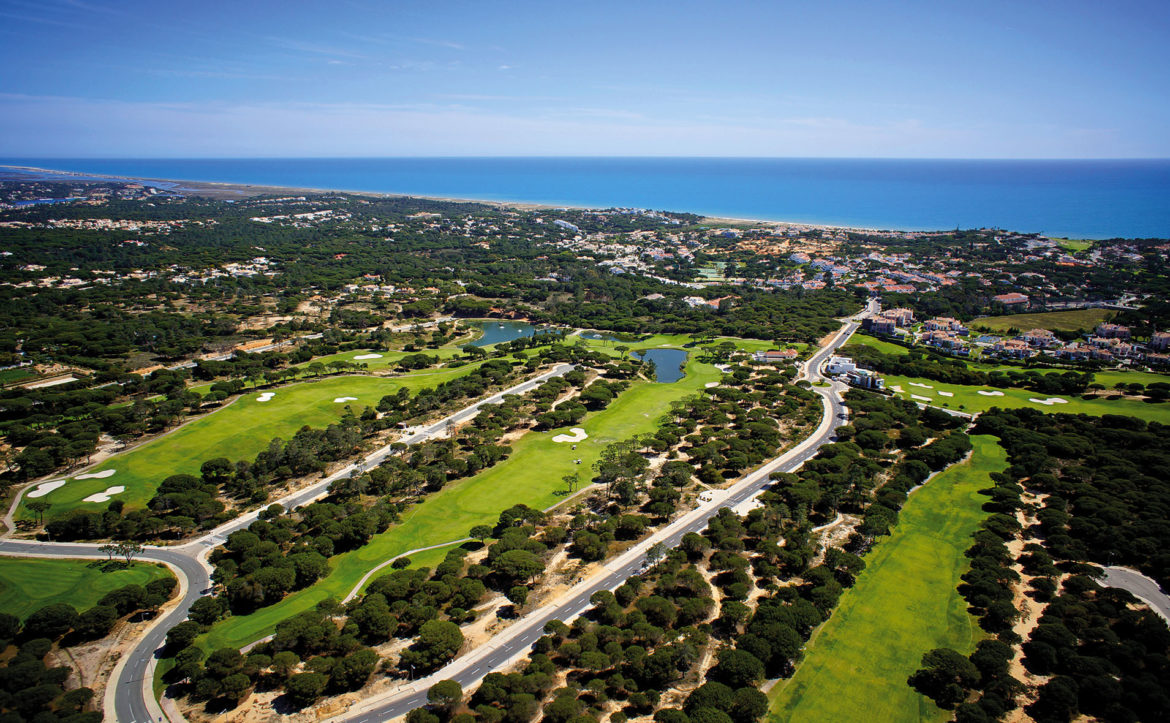 Faced with a lack of choice of new properties, many Algarve property buyers are turning to plots of land. Where there is a will, there is a way

It is not news that the national property market is growing. According to a report published in August by Keller Williams, a consulting firm specialised in the sector, the number of estate agencies in Portugal reached an all-time high in July, with 6,025 active companies – a 15.1% increase compared with the same month last year.

But agencies were not the only ones breaking records: the volume of mortgages totalled €783 million in April, “the best beginning of the year (four months) since August 2010”, according to the KW Portugal Real Estate Insights report. And the icing on the cake: the figures from housing transactions in the first quarter of the year were close to 2009’s historic highs in the Algarve, Central Portugal and Madeira, registering an 8.6% growth compared with the same quarter last year. Here the Algarve stood out once again, with an average transaction value of over €162,000, the second highest in the country after Lisbon (over €179,000) and well above the national average (over €133,000).

What may be news is the growth of certain niches within the property sector – and the sale of plots is one of them. The region’s agents have noticed an increase in demand not only for good properties, but also for the finest plots on which to build them. “Over the last two years, we have seen a sharp rise in the number of plots bought,  several of which were sold just this year,” says Alda Filipe, property and marketing director in Vale do Lobo. “More clients are looking for a house that meets their many needs.”

According to the Algarve’s estate agents, buyers’ growing interest makes it harder now to find a good plot. “It is not as easy as it was five years ago. But we still put plots for sale, because sellers can nowadays see their value,” assures Paul Cotterell, sales director at Casas do Barlavento estate agency. Kerstin Buechner, director of QP Savills agency, goes one step further: “Good plots are hard to find and sellers can price them however they want!”

The increased demand for plots is also the result of the lack of choice in the property market, since many clients cannot find what they want. “Most of the best plots in Carvoeiro were built on many years ago,” says Zoie Hawker, managing partner at Fine & Country Algarve and based in the Carvoeiro office. “The main advantage of buying a plot is that you get what you want. Many people dream of creating their home from scratch. As for demand, the rule in property never changes: location, location, location,” she adds.

For Paul Cotterell at Casas do Barlavento, what really motivates clients to buy a plot is its privacy. “If it doesn’t conform with the size and design of the property they want to build, they won’t buy it.” He says the most sought-after plots are those between 1000-1500sqm.

In luxury developments Quinta do Lago and Vale do Lobo, QP Savills’ area of operation, the most desirable and more valuable plots are the largest ones with a view towards the sea or golf fairways. “Plots set in more average locations, or that are smaller, are harder to sell, although less expensive,” explains Kerstin Buechner. “There are fewer properties on the market than ever before. Buyers cannot find what they want so they decide to buy a plot or an older, well-situated house, which they knock down to build their dream home.” She adds that these houses are usually kept as holiday homes, but many are also built as an investment. “I believe 60% are built by the final user and 40% are for selling. Not only are they the most expensive properties on the market, they are also the easiest to sell,” she says.

One step further up the real estate chain, the opinion is the same. Architect Ricardo Pina, founder of Ricardo Pina Arquitetos, believes that building a property from scratch “has less constraints from the outset”, but adds that many developers choose to buy land in rural settings, with old houses to restore and enlarge, as it is impossible to build new houses outside urban areas. For the architect, who designed the Algarve International Racetrack, in Portimão, and is used to both residential and commercial projects, finding a good plot is difficult and those that exist “are very poor quality”. Just like Paul Cotterell at Casas do Barlavento, he highlights the lack of privacy with most existing plots, as well as poor sun exposure, “two very important factors for a property’s final quality”.

So what are the “golden rules” when buying a plot? With vast experience in building tourist developments, architect John Wilson, who created the Bespoke Algarve studio in 2011, says that location and feasibility of construction – which should be confirmed by an architect – are the main aspects to take into account, along with noise pollution, possible connection to a sewage system and electricity, views, soil type and even the future construction of other properties nearby. Paul Cotterell gives one more piece of advice: “Make sure the plot’s borders are well established and that all of the property’s paperwork is in order.”

Ricardo Pina adds that buyers must know what they want to build and what their needs are. “It may seem appealing to build a house farther away from urban centres, but it loses all interest when you have to drive children to and from school every day.” Besides location, he also believes that sun exposure and privacy should not be forgotten. “South-facing plots [when the land slopes south, allowing for better sun exposure] and northern accesses are usually good indicators.”

With his own studio since 1997, the Portuguese architect points out that most plot buyers now look for modern architecture, something that did not happen a few years ago: “Generally, most requests are for highly practical, open houses, with plenty of light, although shade is also very important, especially in the Algarve,” he says. “Heating comfort and sustainability as far as energy consumption goes have become part of the package. The living room and kitchen are a single space, and bathrooms go well beyond fulfilling their function.”

As John Wilson sums up, “the advantage of designing a new property is that clients can have exactly what they want, without compromising”. From a financial perspective, building a house from scratch is also profitable: “New homes sell well and for more money per square metre,” says Kerstin Buechner. On the other hand, she also warns of the slow building licence process: “Sometimes it takes 18 months. Depending on the contractor you hire, it can be a positive and rewarding experience that enables people to create something truly spectacular. But, occasionally, builders underestimate the costs and time involved and these projects can become frustrating,” she points out.

As for what is available in the Algarve, Fine & Country has a limited selection of plots in the Carvoeiro area, sized around 2,000sqm and with price tags from €180,000. “We also have larger plots priced up to around €600,000, with ruins on agricultural land, where it is possible to build up to around 300sqm, or more if taking out a tourism licence.”

QP Savills, which only markets land outside of Quinta do Lago and Vale do Lobo when the property is truly impressive, features 41 plots and projects in its portfolio, from empty plots to houses ready for demolishing. In Quinta do Lago, prices start at €2.5 million. “The best, facing the sea, can go for over €10 million,” says Kerstin Beuchner.

In Vale do Lobo, a search on the luxury resort’s website reveals 13 results. The cheapest is an 841sqm plot facing the Royal golf course, with a price tag over €1.1 million, but, as Alda Filipe emphasises, the market within the development is very dynamic and what is on offer is constantly changing.

In western Algarve, prices are cheaper, and Paul Cotterell at Casas do Barlavento says the agency sells plots between €80,000 and €1 million.


According to estate agents, most plot buyers want to live in the region permanently, but there are also those who want to build a holiday home and more: “Some buyers want a plot next to an existing property to increase the overall size of their plot,” explains Alda Filipe.

In and around Carvoeiro, clients come from the Algarve’s main markets, such as the United Kingdom, France, Germany and Belgium, says Zoie Hawker. In Vale do Lobo, they are mostly British and Irish, but there is an increasing number of Portuguese and Dutch. “We noticed there was a decrease in age and many buy in the resort before retirement,” explains Alda Filipe. Kerstin Buechner agrees, highlighting the growth in non-European buyers. Those buying however “are younger than in the last 20 years,” she reiterates.