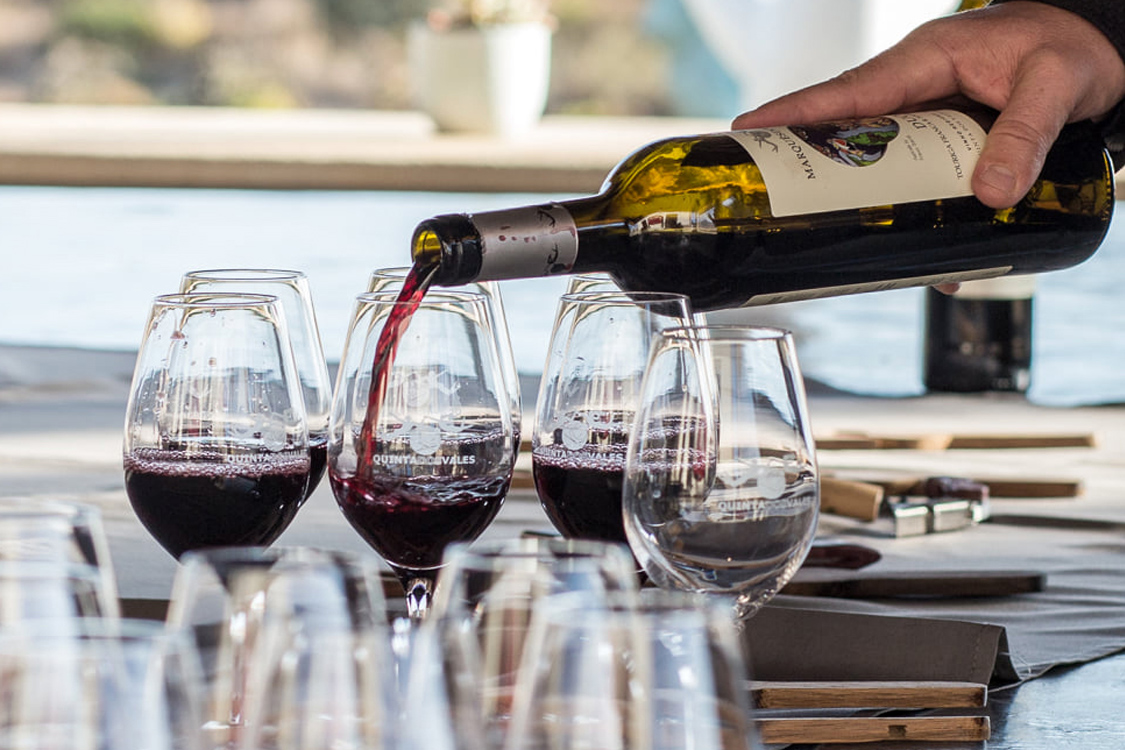 It’s official – Lagoa has been selected to host Portugal’s first Wine Cities Competition, which will take place between November 26 and 29 at the town’s São José Convent.

Around 600 Portuguese wines are to be judged, all of which will automatically enter the European wine competition ‘Città del Vino’ to be held in Italy between May 20 and 23 next year.

“The Wine Cities Competition is the only such initiative in the world that associates wines and municipalities. Both here and in Italy, the municipality where the winning wine is produced will receive a prize as will the winemakers,” José Arruda, the secretary-general of the Association of Portuguese Wine Municipalities (AMPV), said at the presentation of the event at the Quinta dos Vales wine estate in Estômbar on Friday (October 16).

The competition will begin with a tasting of Algarvian wines on the first day, followed by eight visits to some of the region’s top wineries the following two days. Said Arruda, around 40 wine connoisseurs from all over Portugal as well as Spain and Italy will be travelling to the Algarve to discover local wines.

The competition has also been honoured with the ‘High Support of His Excellency the Presidency of the Portuguese Republic’. “It is the only wine contest so far to receive this honour,” said Arruda. Every participating wine will also compete for awards at the Italian ‘Città del Vino’, which could bring even more international attention to the national and regional winemaking sectors.

“Last year, 230 Portuguese wines took part in the contest. This year, 600 are expected to participate. The hosting country will enter 1,100 wines, which means we could be very close to the number of wines that Italy will be showcasing,” he said. Arruda also stressed that the Algarve is the “third region with the most wines signed up” for the competition. And Lagoa stands out as the Algarve municipality with the most locally-made wines (22) participating. “It is a very significant number,” Arruda said. 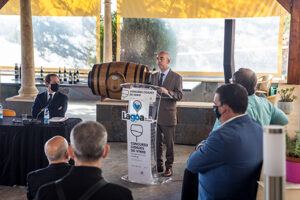 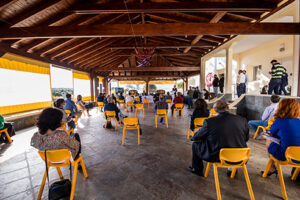 Meanwhile, Lagoa Mayor Luís Encarnação says he is delighted that the Wine Cities Competition will be taking place in the borough and that so many of its wines are participating. After stressing Lagoa’s “great winemaking tradition”, the mayor said that wine tourism could be a solution to the Algarve’s chronic seasonality – the word so often used to describe the region’s tourism activity, the bulk of which takes place during summer. “There’s a business opportunity here that we cannot ignore,” he said.

José Calixto, president of the European Wine Cities Network and a member of the competition’s Honorary Committee, agrees that there is untapped potential in the Algarve’s wine sector as the quality of local wines has been growing remarkably. At first, he said, there was some doubt about the wines produced in the Algarve. “The path they have treaded is remarkable, both in terms of quality and value,” he said.

António Ventura, a reputable oenologist and the president of the competition’s jury, also highlighted the “extremely laudable work” that has been done in order to improve the quality of Algarve wines. “And this is probably the Portuguese region with the most potential to explore wine tourism,” he said. “In the future, the region will be even more successful, and I believe this competition could be great for the Algarve,” he said. 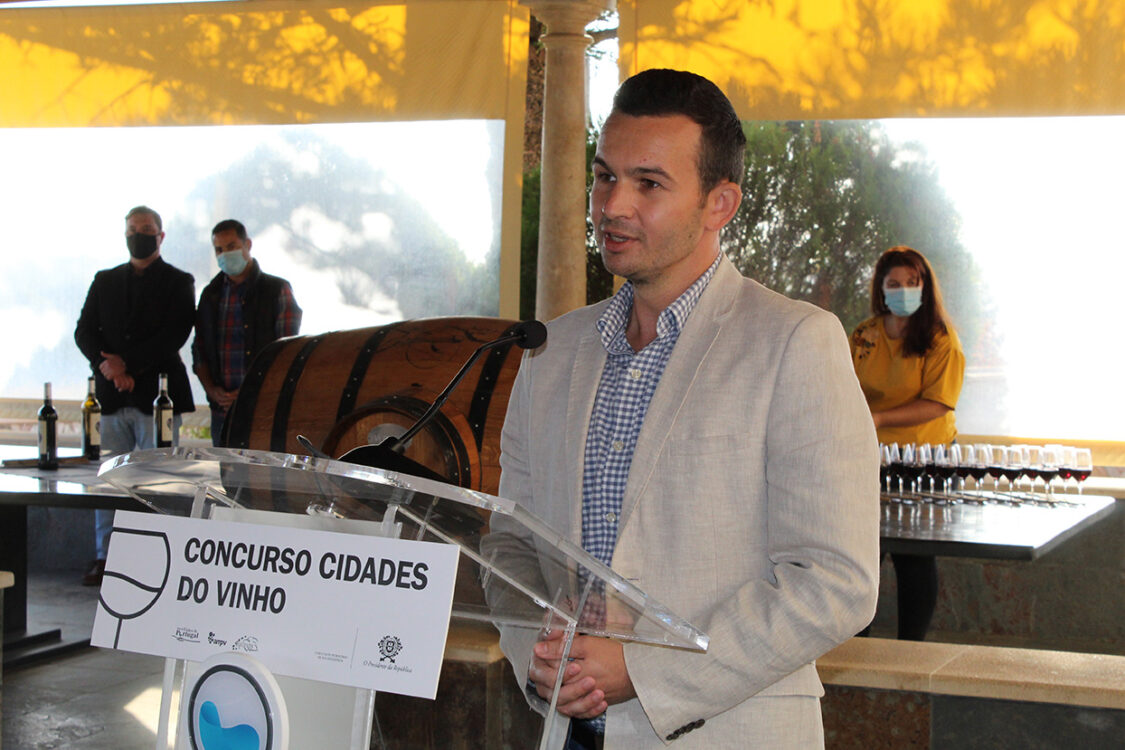 Also attending the presentation, Michael Stock from Quinta dos Vales provided his perspective about how tourists can be “integrated” into the wine sector. “We currently have seven plots of vineyards which are privately owned. All the wines produced there are made according to the decisions of the owners. We just do the work. The result is a client for life,” he said.

Wine sector forced to “reinvent itself”
The Covid-19 pandemic has forced virtually every sector of society to adapt to these new strange times, and the wine sector is no exception. “All winemakers have reacted and reinvented themselves digitally with new consumer profiles, new markets and other distribution channels,” said Pedro Ribeiro, president of the Association of Portuguese Wine Municipalities (AMPV). He added that the Algarve has also “responded very well” to the challenge and that, despite the losses it has sustained, it is “on the right path” and will have “more to offer in future”. 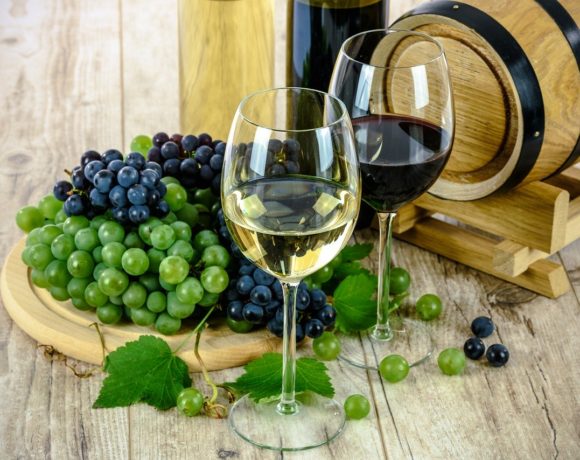