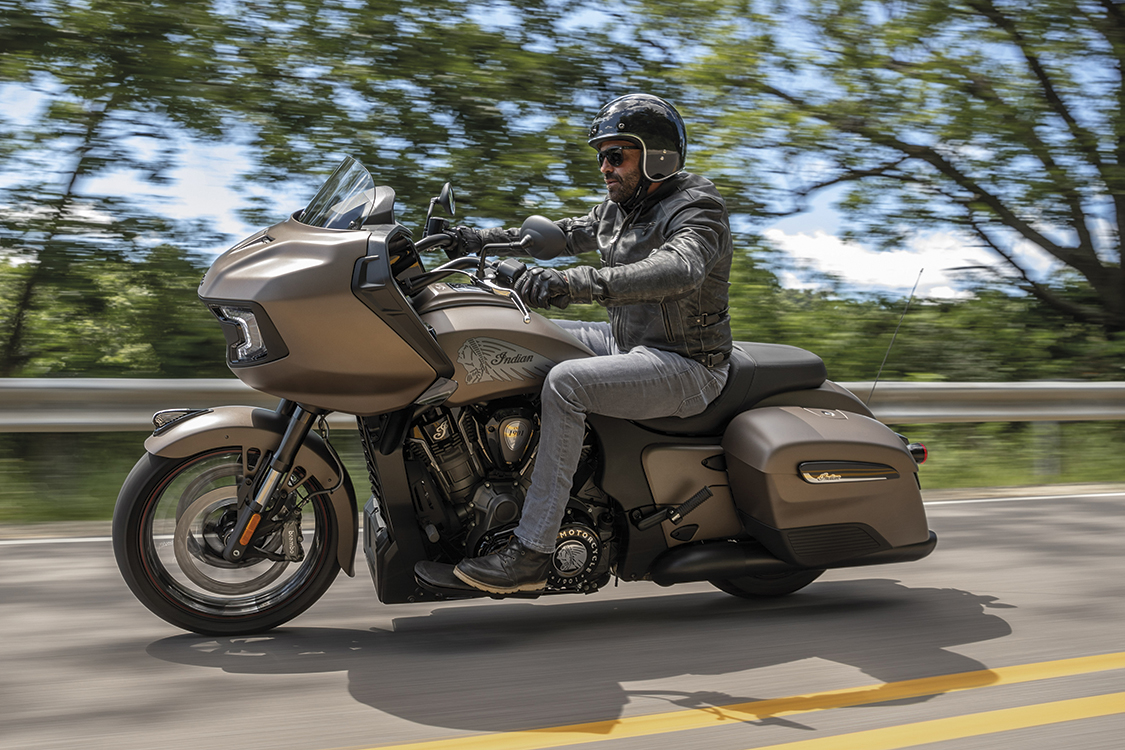 From North to the South, there is a 739-kilometre route of pure adventure to get to know inland Portugal on two wheels

The EN2 is the largest national road in Portugal, totalling 739 kilometres, and the only one in Europe that crosses a country in its entire length. There are only two others in the world like it: Route 66, in the United States, and Ruta 40, in Argentina. 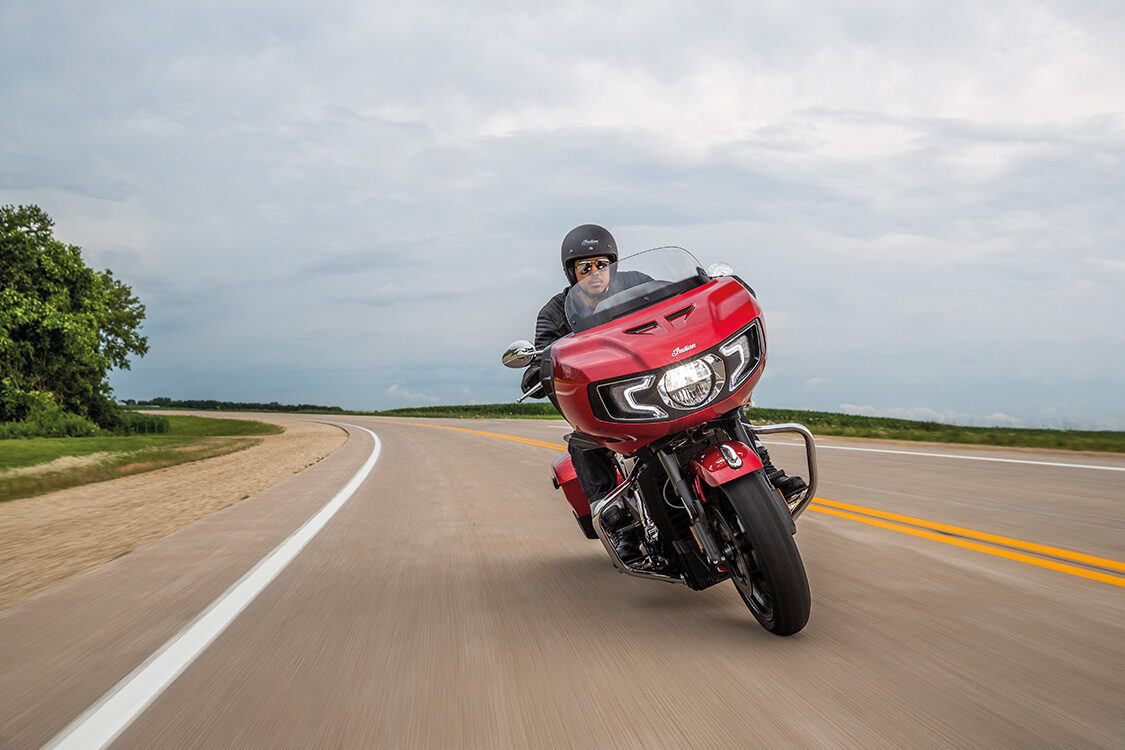 The EN2 is part of Portugal’s national road network and connects Chaves, in Trás-os- Montes, to the city of Faro, in the Algarve. Along the way, the landscapes vary between mountains and plains, rivers, river beaches, lost villages, and historical towns, all with genuine people, guardians of their heritage and ancestral cultures.

Along the route, visitors go through 35 municipalities of the Portuguese inland, which are not so popular among tourists. This route covers an approximate population of 670,000 inhabitants, crosses bridges over 11 rivers and passes through 11 mountain ranges. Without a doubt, it is one of the best ways of getting to know the diversity of the country and all its cultural, gastronomic and heritage components as well as stunning landscapes. You can travel the EN2 ideally for four to six days, or more, all year round, but the best time to do it is probably in spring or autumn, as the days are still relatively long and the climate is mild. 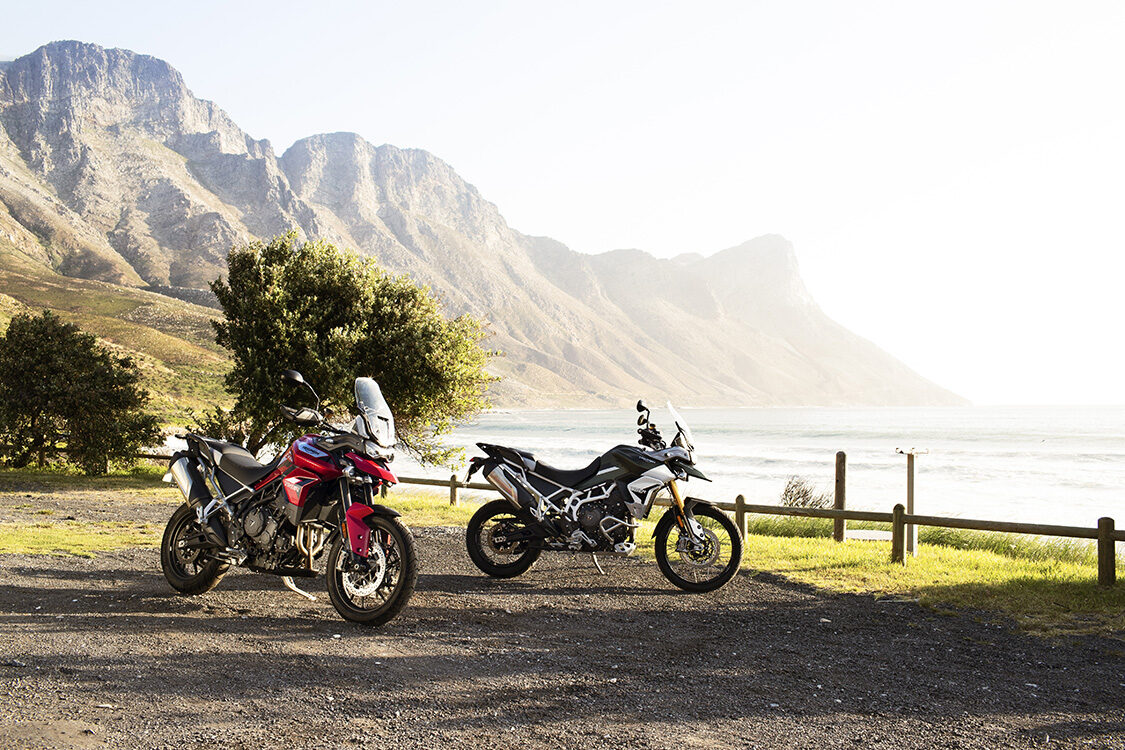 In today’s pandemic context, it makes sense to avoid the more touristy places and opt to visit the rich hinterland of Portugal by motorbike. That is why Essential Algarve spoke with representatives of two of the most prominent motorcycle brands in the south of the country: Indian and Triumph.

Indian Algarve arrived in Olhão in 2016, through the Rotarebelde company. And not even the current context has affected the motorbike sales market. “The two-wheeled business even ended up growing compared to previous years and especially in motorbikes with larger cylinder capacity,” reveals Margarida Calado, spokesperson of the Indian brand.

“Travelling by motorbike is much safer than riding public transport and it’s more economical than driving a car — just look at the savings in tolls, fuel, insurance and taxes inherent to all this — which contributed to the increase in motorbikes sales. But for us, and according to the feedback from those who seek us out, the true value of a motorbike is the pleasure, something that was taken away from us with all the restrictions that the pandemic implemented in our lives,” she states. The client profile of the Indian brand is made up of people “between 30 and 60 years of age” and who “seek a premium product, with above-average quality”, she reveals.

Motivated by this growing group of interested parties, the Indian representatives created the Indian Motorcycles Riders Algarve, a group of people of various nationalities and age groups who all share a love for bikes. “We organise rides every month, and once a year we do a big trip as a group. In 2019 we visited the Czech Republic, in 2018 we went to Wheels and Waves in Biarritz, France, and this year we are planning to visit Faaker See, in Austria, where the largest gathering in Europe takes place,” explains Margarida Calado. 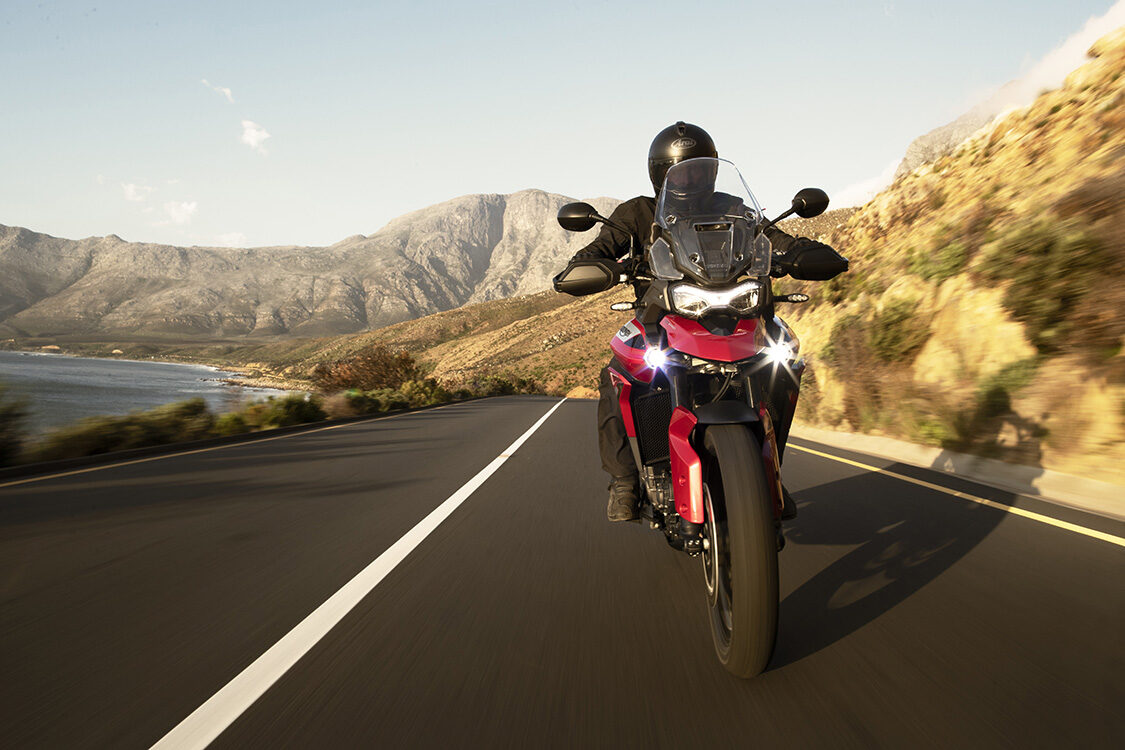 Margarida has travelled the EN2 several times, but what is the best Indian model to ride for more than 700 kilometres? In her opinion, the perfect buddy to cross Portugal is “the new Challenger”, due to its “versatility, comfort and performance”. This is because “for those who take to the road for the first time, especially at night, this model already comes equipped with the Smart Lean system, thanks to the Bosch six-angle IMU electronic management unit, which provides a dynamic traction control system, ABS with cornering control and acceleration control, as well as keyless ignition, centralised luggage locking, seven-inch screen and 100w audio system”. This model is available starting at €31,000.

For Vítor Sousa, operations director of Triumph Portugal, through the company KMS, responsible for all the activity of official dealers of the brand, the Algarve is a great place to ride a motorbike. “The climate is perfect, and the variety of roads and scenery, from Sagres to Vila Real de Santo António, from the beach to the mountains, is immense. It can’t be by chance that the biggest motorcycling event in the country — the Faro Bike Rally — was born in the Algarve,” he says.

Triumph Algarve opened its doors in June 2020, next to Terras Ruivas, in the municipality of Loulé. Vítor Sousa was a journalist for 30 years, having dedicated much of his career to the world of motorcycling, and today, he rides a Triumph Speed Triple. He remembers fondly that he has always ridden motorbikes. “In the early years of my life I was ‘hanging’ onto my father; from the age of 20, I had my own bike. And I ride my bike every day of the year,” he states. 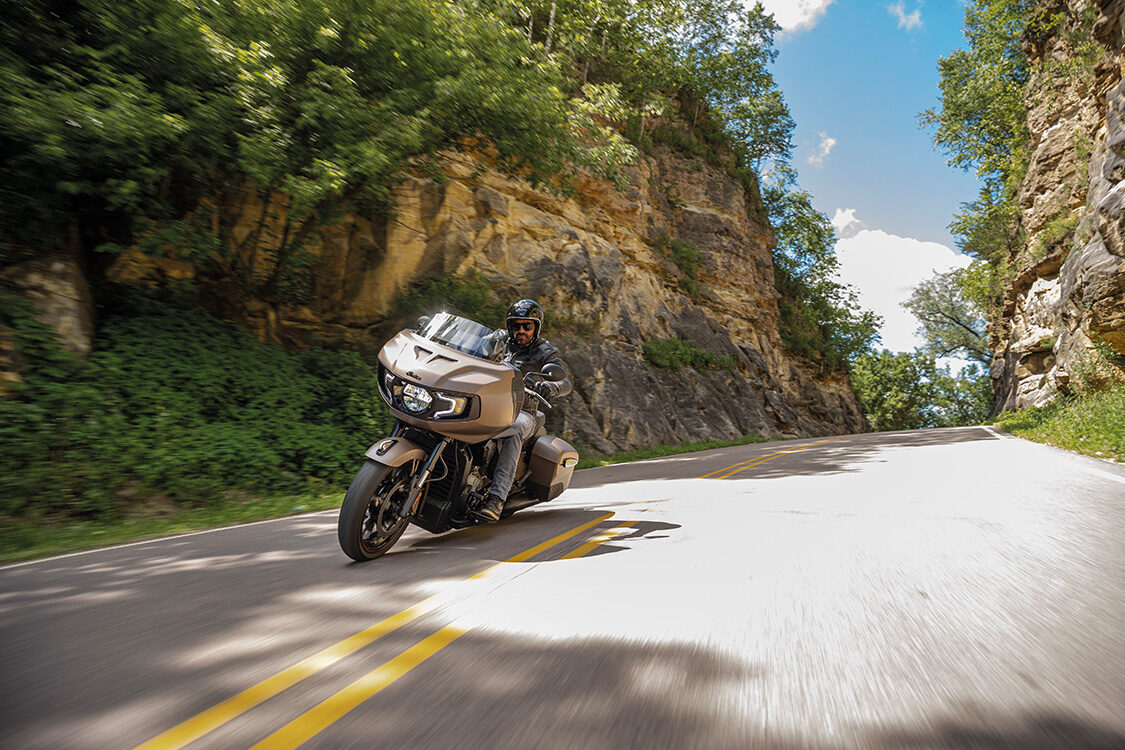 For Triumph, the business was also positively affected by the pandemic, since “sales of motorbikes, of all cylinder capacities, grew during this period”. If he had to choose a bike to cross the EN2, Vítor Sousa would opt for a Triumph Tiger 900. “It’s an extremely versatile bike, which is just as comfortable on the more winding stretches as on flatter roads. It has an engine, aerodynamic protection, comfort, for one or two, with or without luggage,” he explains. This model is available from €13,400.

Vítor Sousa has also travelled the EN2 several times and recognises that it is very difficult to choose one or two places on a route that is “so varied and rich, in terms of landscape, gastronomy, type of road, and culture…”.  But he leaves a suggestion: “I would say that my ‘favourite moment’ on the N2 is the bends in the Serra do Caldeirão, when you drive from north to south, for the driving pleasure they provide. It’s sort of cherry on top of the cake at the end of the journey.” And he stresses that “Triumph is celebrating its 120th anniversary next year and the brand is not only linked but actually a protagonist in the history of motorcycles from the very first moment”.

Besides Indian and Triumph, there are also interesting models for this trip at Caetano Baviera dealers, at the Official BMW Motorrad dealer in Faro, or at Harley-Davidson Algarve, located at EN125.

Whether you are alone or with others, by motorbike or car, the EN2 will always be an excellent choice to discover inland Portugal.