How M&K changed the sound of h..

The story of excellence of Penha Longa

The palatial charm of Palácio ..

The story of excellence of Penha Longa 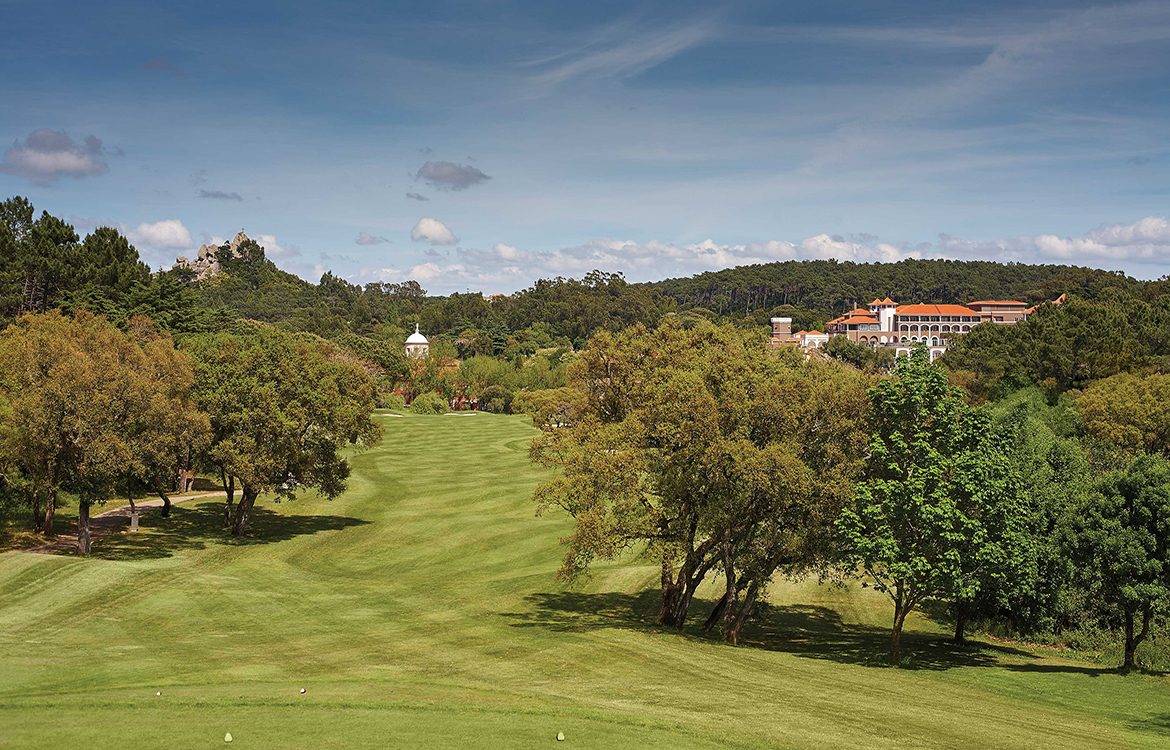 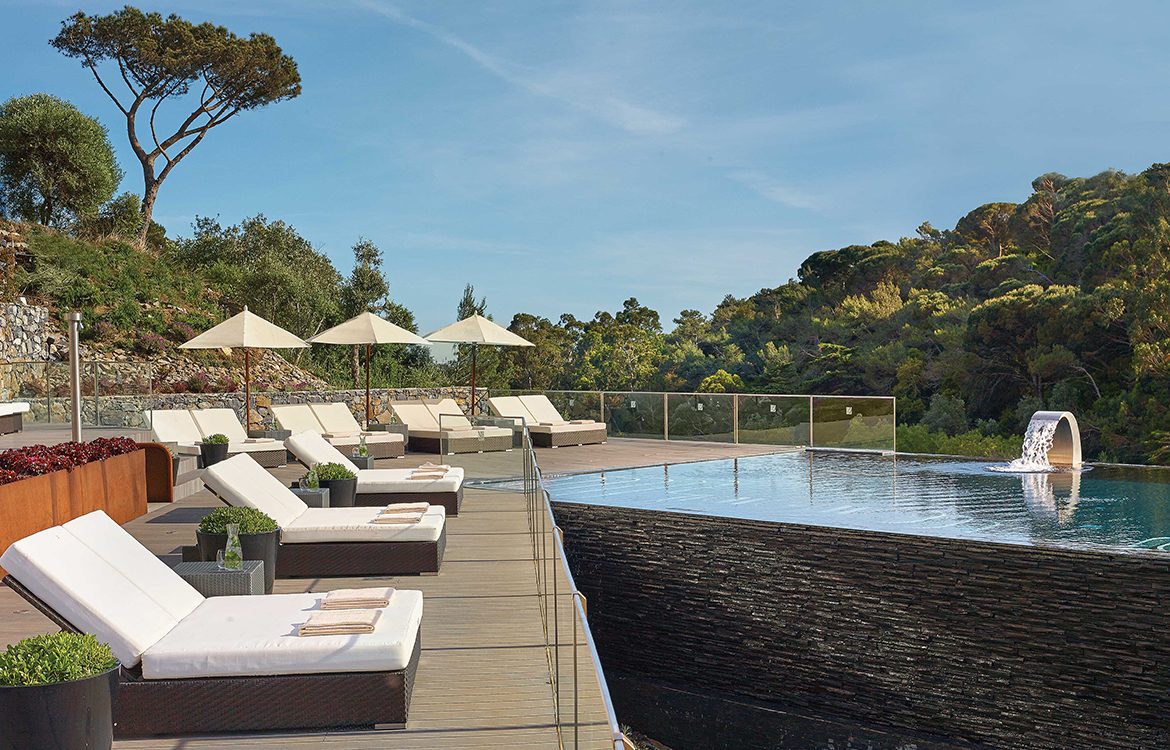 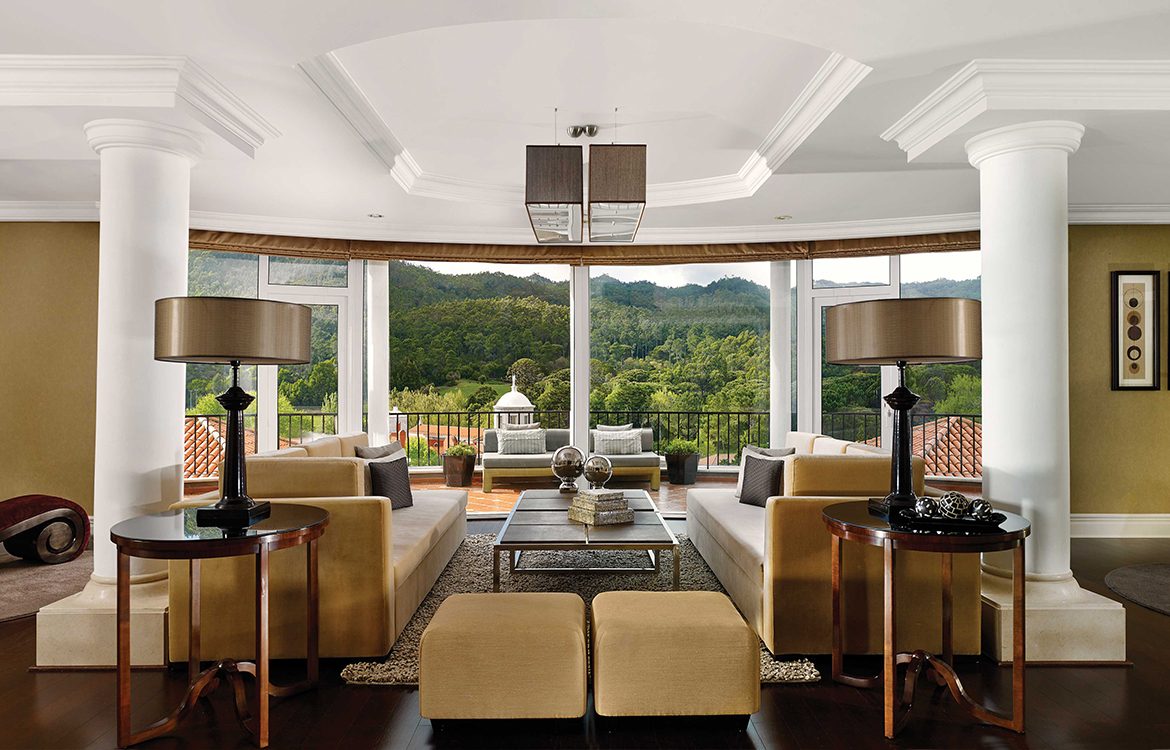 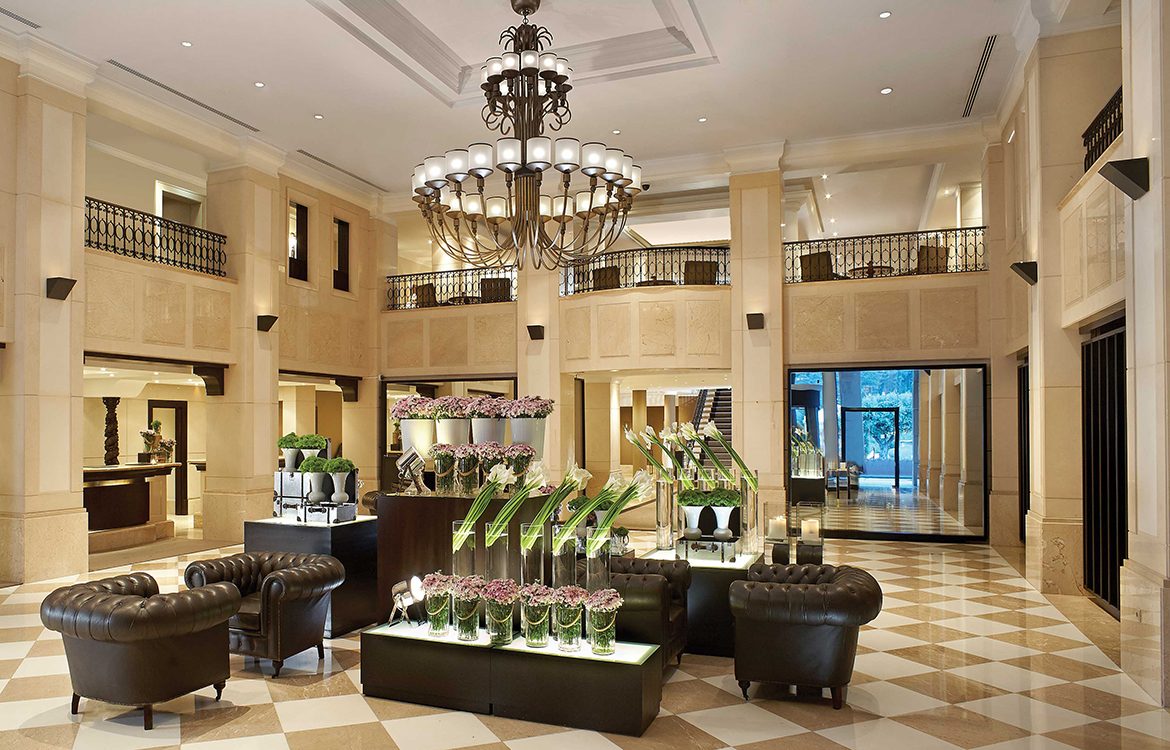 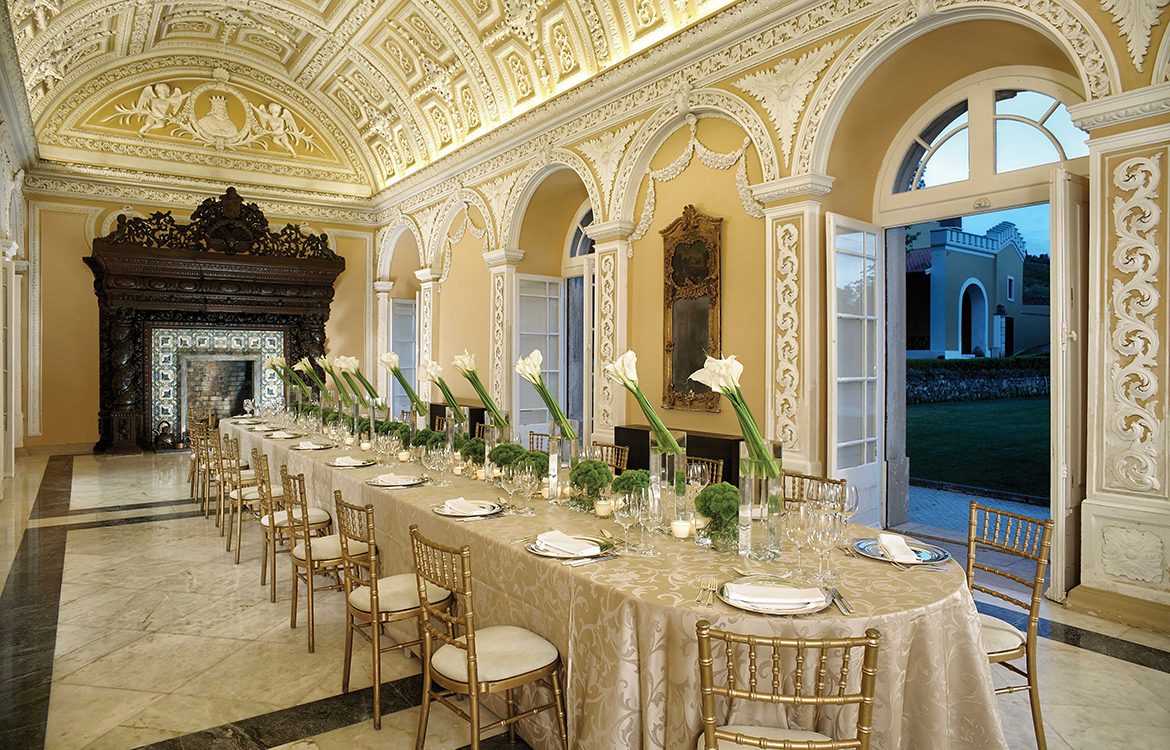 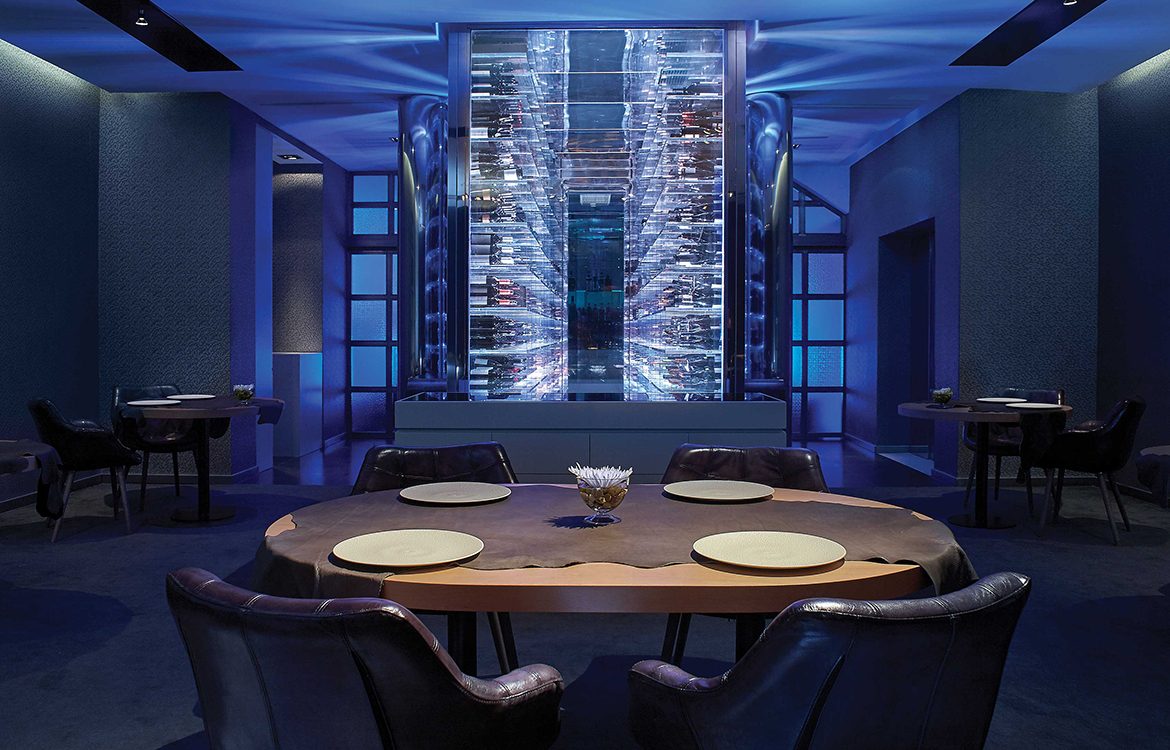 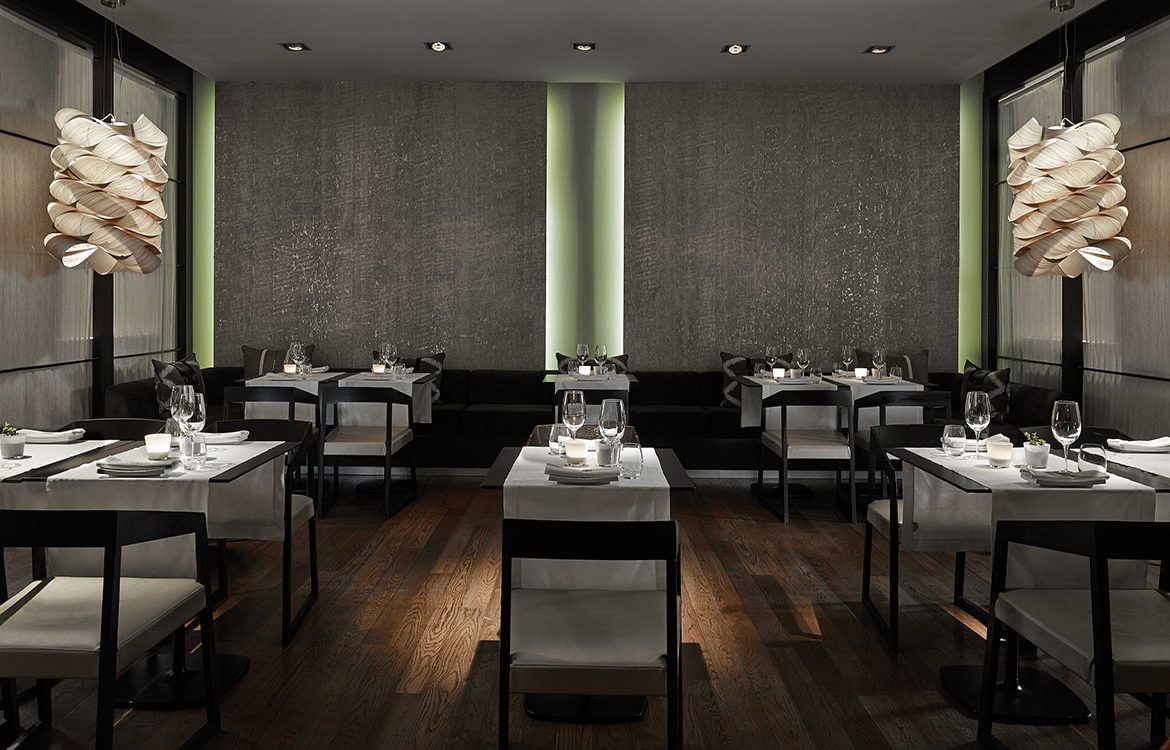 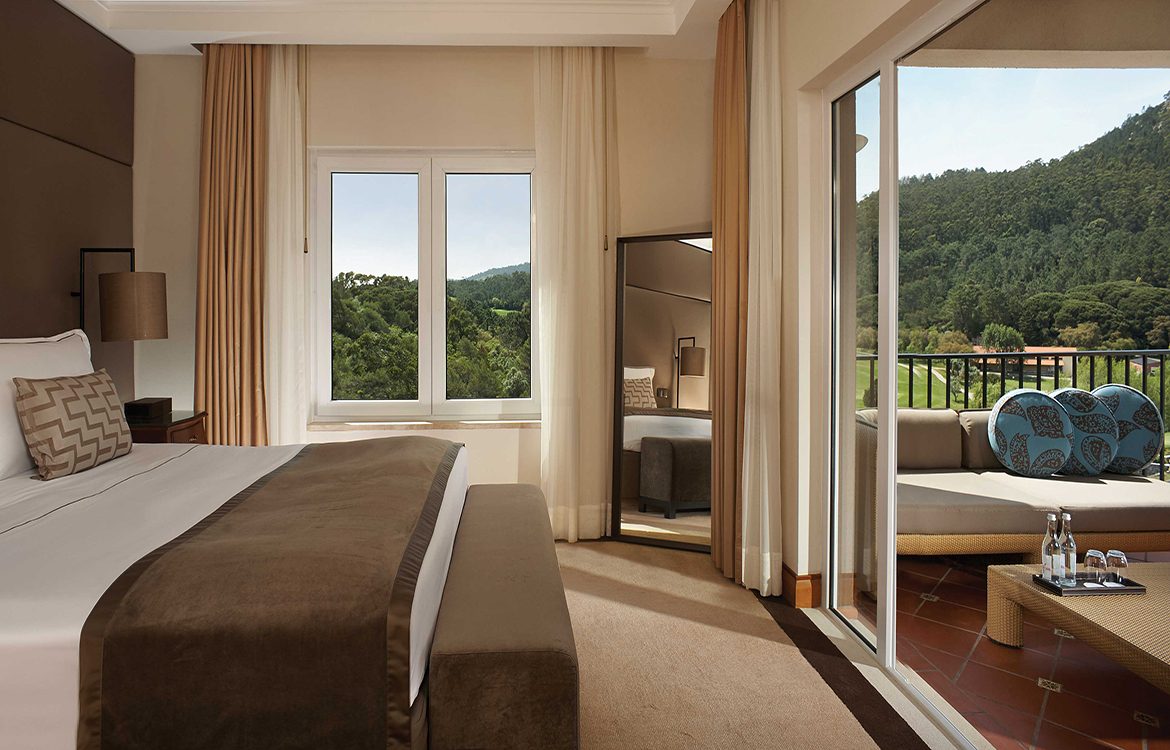 One of the few hotels belonging to a large international luxury chain present in the Lisbon region, the Ritz-Carlton Penha Longa Resort is raising the bar even further

It is a fact that the most observant among us will no doubt have noticed: despite the number of tourists in Lisbon having grown substantially over recent years, the offerings in the top tier of the hotel market remain practically unchanged. Among the hotels to be found in the Lisbon region, the Penha Longa Resort, part of Ritz-Carlton and ­located between Cascais and Sintra, is one of the few to pride itself on belonging to an international luxury hotel chain, considered one of the best worldwide.

Inaugurated in 1992, the hotel is nestled within a property covering 220 hectares at the foot of the Sintra hills. It was there that, in the late 14th century, the convent of the order of St Jerome of Penha Longa was built, whose church now boasts National Heritage status. Over the course of its history, besides its ecclesiastical life, the convent was sought after by kings and the nobility in search of a spiritual sanctuary and contact with the ­natural beauty that leaves no one indifferent.

In the first half of the 19th century, with the extinction of the religious orders in ­Portugal, the convent was expropriated and handed over to the Duke of Saldanha, who auctioned it off. For more than a century, the property remained in the hands of noble families. At the end of the 20th century, it was acquired by the Japanese Aoki Corporation, who proposed to build a tourist resort that, besides a real estate component, would also include a luxury hotel built from the ground up.

The plans also included a golf course designed by Sir Robert Trent Jones Jr., which today features 27 holes and is recognised as one of the top 100 courses in the world. The hotel has been managed by the Ritz-Carlton since 2004, and with the aim of updating and endowing it with the comfort and services befitting a modern ­luxury hotel, the company launched an in-depth phased renovation process that has already lasted three years.

The most obvious change was the building’s exterior, which was painted brown and subdued green so as to blend in with the ­surrounding landscape. The hotel’s 194 rooms and suites were also completely renovated, and now feature a contemporary and sophisticated décor on par with what the chain offers anywhere in the world. An infinity pool was built beside the ­existing outdoor pool, with views over the Sintra hills and the golf course and which has become one of the hotel’s focal points, along with the construction of a new indoor pool.

A new Kid’s Club was created for the ­little ones, with a plethora of daily activities, as well as a new outdoor playground whose highlight is the mini golf, a replica of the ­resort’s professional course. On the wellness front, an extended gym is available and features a private room for ­individual activities, a personal training ­service and a new members club, open to non-guests. The spa was also renovated and now boasts a partnership with the Spanish brand Natura Bissé.

The gastronomic element of the resort ­received much attention and today it is without a doubt one of the biggest attractions of the Penha Longa Resort. Midori, the restaurant that has existed since the start and which gained recognition as one of the best Japanese restaurants in the Lisbon area, ­received a new lease of life under chef Pedro Almeida. With extensive experience in the cuisine of the Far Eastern country, where he also spent some time during his training, Pedro Almeida presents a cuisine of various nuances, ranging from more traditional Japanese fare to experimental exercises, which include a criss-crossing of Portuguese ingredients and cooking.

Still on the dining front, the big news was the opening of LAB from Catalan chef Sergi Arola, who has spearheaded the kitchen of the resort’s Arola restaurant since 2008, serving a more informal cuisine with a Spanish accent and Portuguese touches. A more intimate setting with only 22 seats, and open just four days a week for dinner, LAB is located in a room that, right at the entrance, has a spectacular glass wine cellar that holds around 500 wine references from around the world.

The golf course and dense vegetation of the mountains provide a backdrop that, when lit up at night, gains wonderful ­contours. LAB is a showcase of Sergi Arola’s award-winning cooking, with specific local additions that lend it its own personality. The chef, a disciple of the famously creative ­Ferran Adrià, has demonstrated more than once that, for him, the Michelin world has no secret, because in little over a year, he managed to win one of the coveted starts. This result, which is far from being pure chance, is part of a revitalisation process that has been undertaken thus far, and it is just another reason to visit the renewed Ritz-­Carlton Penha Longa Resort.