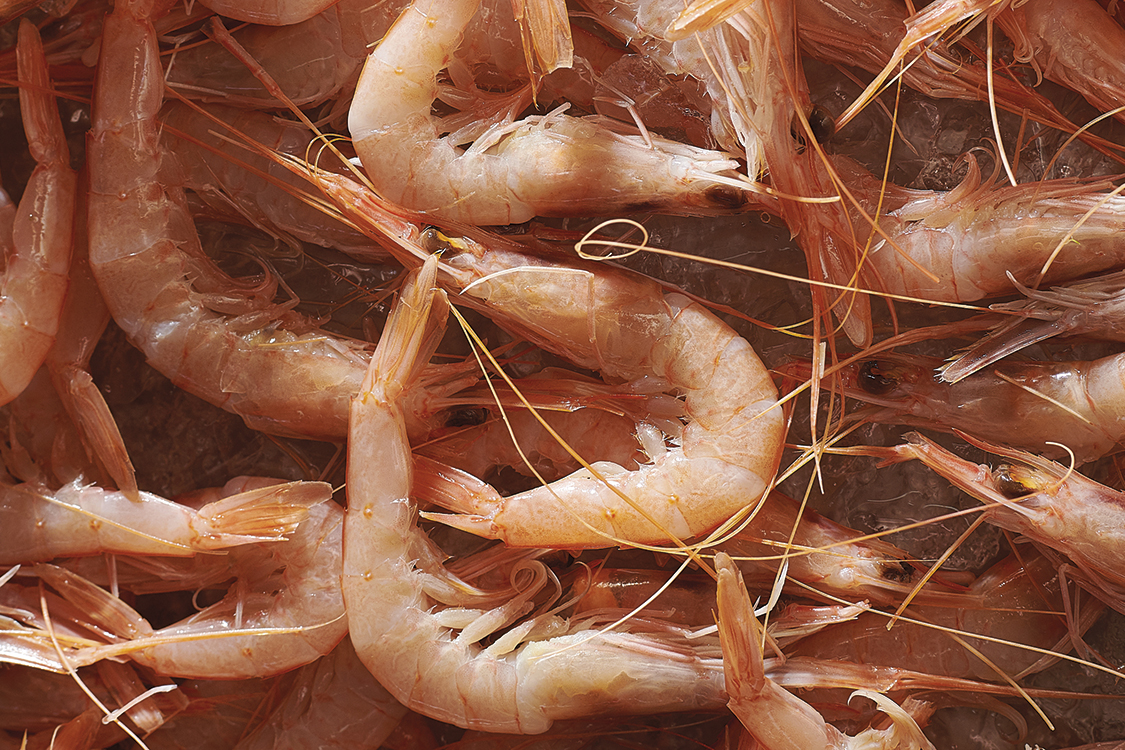 Locally caught gamba da costa prawns from the Algarve coast are one of the tastiest of all the crustaceans to be found in these waters. They are not however amongst the most expensive and can usually be found at fish markets all year around, costing between €15 and €20 per kilo. 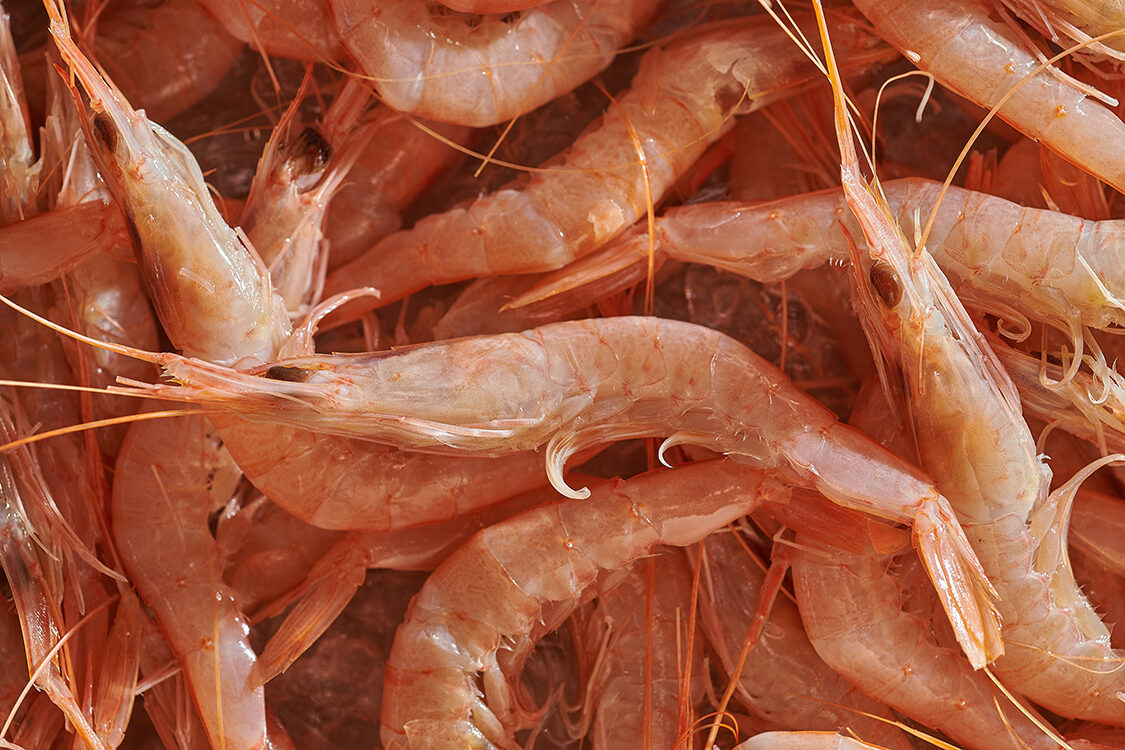 The species is prevalent in the deep waters off the Algarve and North African coasts, fished using trawlers by the Algarve’s fishing fleets. Hence when these prawns are found on the menus of seafood restaurants in Lisbon and elsewhere in the country they are generally called gamba do Algarve. They are usually a small-sized prawn, measuring around six or seven centimetres from tip to tail, and are most often served simply boiled in their shells but they are also delicious fried or even raw.

When boiling these prawns, it is important to take great care not to overcook them — the meat is extremely delicate and the sweet flavour and subtle texture is best enjoyed when cooked as little as possible. The best method is to bring the water to the boil in a large pan, add the prawns and then wait just a few seconds until the tails start to curl. Quickly strain and run under cold water to stop the cooking. Another simple way to cook them at home is to pan-fry in olive oil and garlic (I like to add a little butter too). This way they can take a little more cooking and the tastiest part is the crispy legs of the prawn and the garlic-flavoured cooking oil (perhaps with some piri-piri) mopped up with good fresh bread. 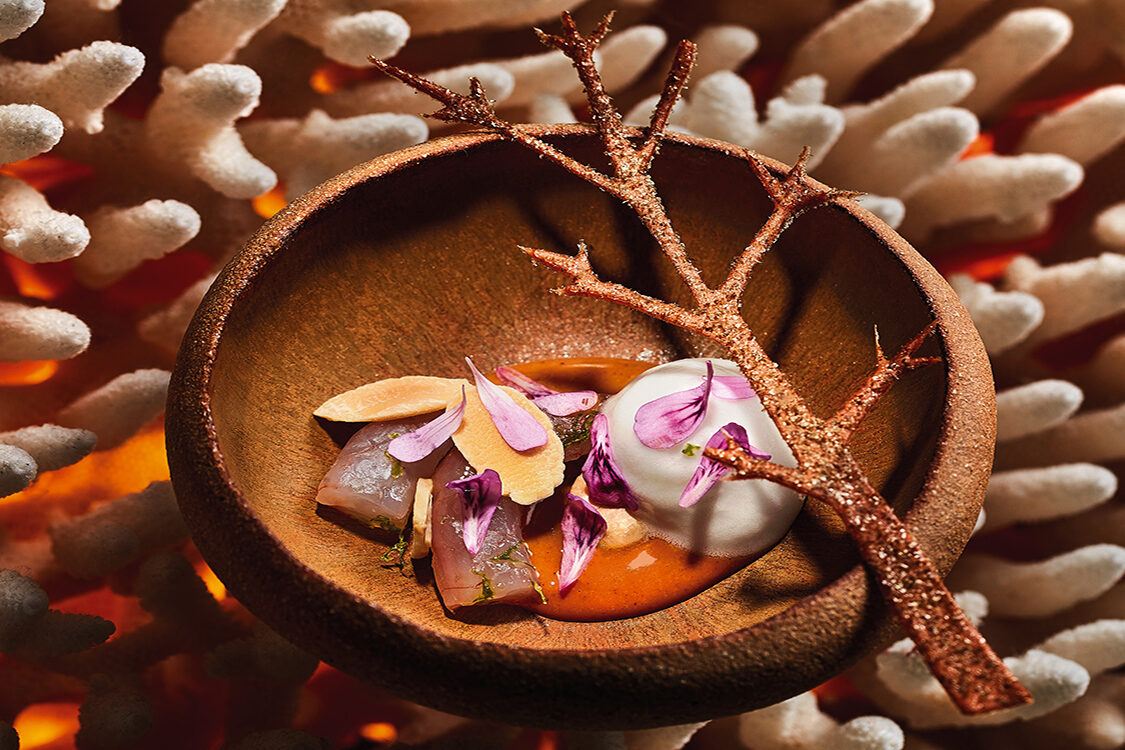 At restaurants, I have seen them cooked out of the shell, just quickly charred in a griddle pan and served almost raw. But this prime ingredient also finds its way into fine dining creations. Hans Neuner, the chef at Vila Vita Parc’s Ocean Restaurant, with two Michelin stars, is a great fan of gamba da costa. He told me how he likes to serve them raw (out of the shell), cured for just 30 minutes in a mixture of salt and sugar to slightly firm up the meat and introduced into many of his menus, most often as an amuse-bouche “snack”. The dish shown here, from last year’s menu, combines the raw/cured prawn with geranium, almond and peanut cream.

How or wherever you eat them, you will probably agree that the taste and texture of the gamba da costa is far superior to that of any of the imported and frozen wild prawn varieties that can be found in supermarkets. This is a local delicacy, best enjoyed right here in the Algarve. 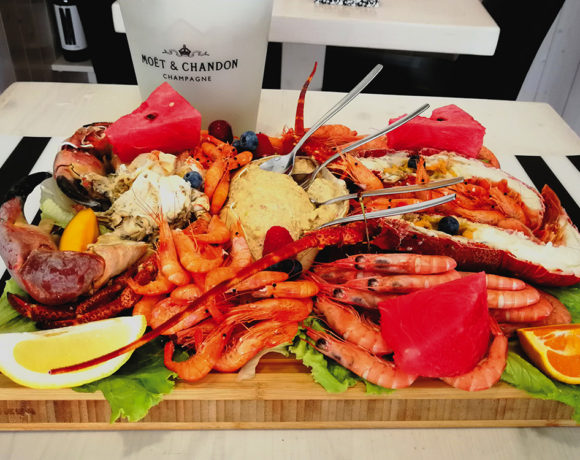