Every day, a small workshop in Loulé produces naturally fermented bread without preservatives or chemicals, and with some unusual flavours

Although Luiz Silva’s career started in the kitchen, he quickly fell in love with baking. For seven years, he worked with chef Leonel Pereira at the now-closed Michelin-starred São Gabriel restaurant, in Almancil, where he started making bread with his own recipes. “I would write down my ideas in a notebook. On quieter days, I was in charge of the staff lunch, so I tried new things and found myself with a pretty full notebook. My love for it grew and, in 2019, I started selling bread to my neighbours,” he recalls. 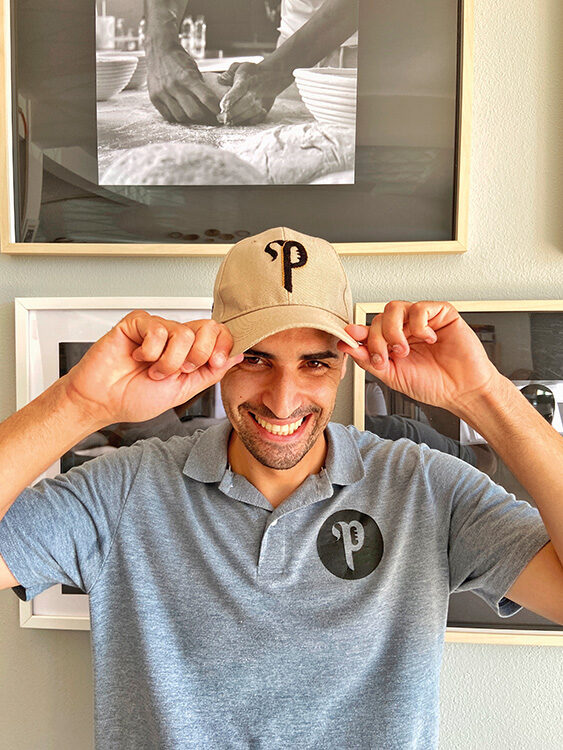 Later, on a sleepless night, he decided to make his brand official online, and Pão com Manteiga (meaning buttered bread) was born. The brand “tries to play with people’s imagination; it stands out from the usual standard but respects the traditions and tries to be unique through creativity, appearance and outlandishness”.

According to Luiz Silva, Pão com Manteiga stands apart from its industrial counterparts in many aspects. “I don’t use chemicals, preservatives or flavour enhancers. Most bakeries use enhancers in their doughs, which are quite harmful to our health, and a yeast that isn’t totally natural,” he explains. “My bread stands out because it’s handmade, without too many pockets and using natural fermentation,” explains the man who says he has been nicknamed the “bread scientist”, thanks to his Crazy Saturdays. “During the week we have five varieties: seeds; plum and rye; whole oats; rye; and flaxseed and flor de sal, which is our best seller. On Saturdays, I use the recipe notebook, my imagination and end up creating different breads every week. I’ve made rosemary; cheese bread; spirulina; chocolate; carob; muesli; banana and cinnamon; coconut; and even roasted onion bread.” 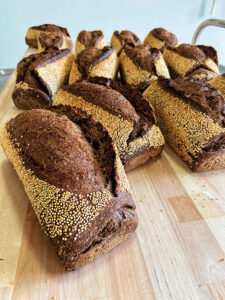 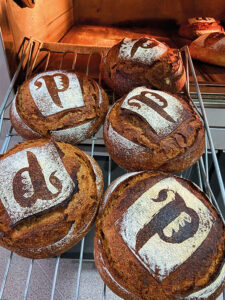 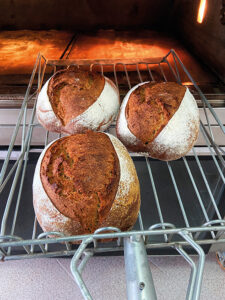 Despite the brand’s name, butter and bread are not always the perfect pair. “It’s the most popular combination, but each bread has its own flair. For example, the spirulina bread goes great with a slice of smoked salmon and a natural juice for lunch. Meanwhile, the plum and rye bread is amazing with a slice of presunto, whilst the chocolate bread calls for tea for an afternoon snack,” Luiz Silva explains. “Some clients swear by the whole oats bread because it goes with everything and can be eaten at any time, and others love the plum and rye in the morning and leave the chocolate bread for children.”

Prices vary depending on the bread, with the simplest starting at €3.90 per kilo. The plum one and the limited-edition Crazy Saturday varieties are between €4.10 and €4.20 per kilo. As for the ingredients used, Luiz Silva says they are not the focus of the product. “What’s the point of using top-quality ingredients if the baker doesn’t know how to ferment the bread? My product is good, but I don’t stick to one brand, I focus on the base, the consistency and the right amount of water and salt.” 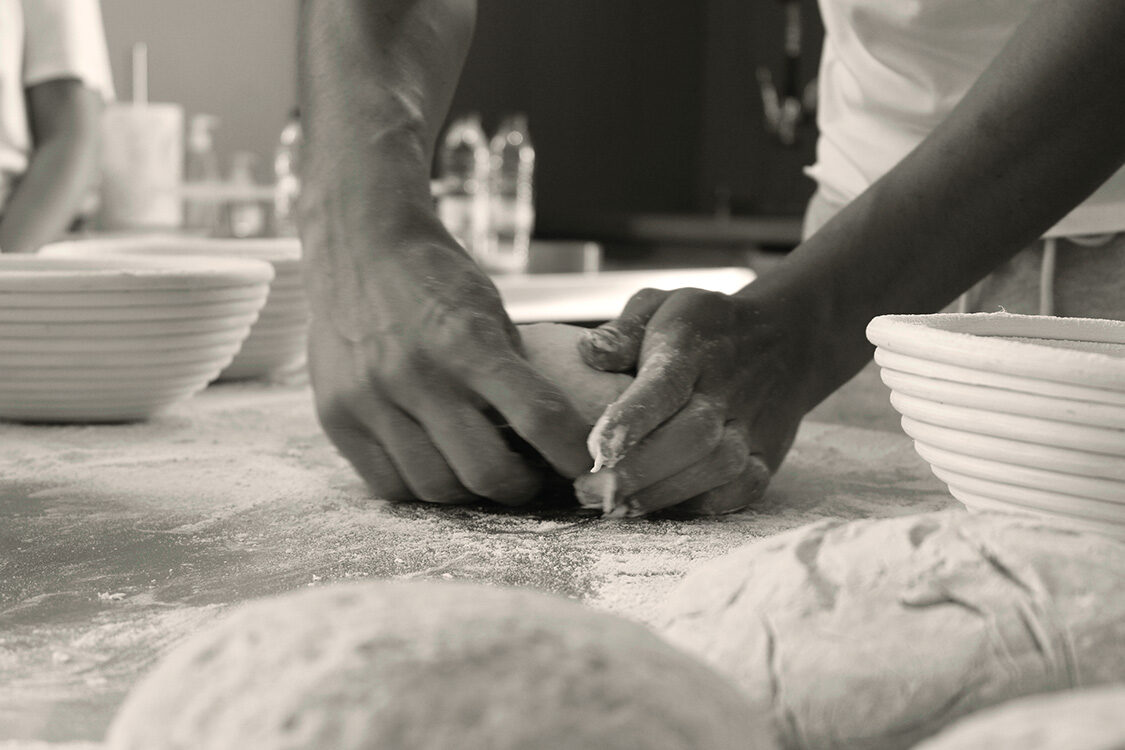 In the Algarve, Pão com Manteiga can be found in 15 different sales points around the region, from groceries and food shops, as well as some restaurants. The brand’s products are also available in the three locations outside the Algarve (in Évora, Lisbon and Aveiro), who contacted Luiz Silva directly so that they could also have these Algarve breads for sale. According to the baker, foreigners are usually the most familiar with the brand’s artisanal concept. “Sixty percent of my clients are Portuguese and 40% foreigners. But since the “mother dough” bread is in vogue abroad, the latter are very familiar with this type of product. I’m of the opinion that industrial productions will become less popular with time and artisanal products will grow in demand, because it’s a completely different type of bread; it’s healthier and the taste is matchless.”

For Luiz Silva, the day to day at the workshop, located in Franqueada, Loulé, begins at 6am, when he fires up the ovens, and the shop opens at 7am. From Monday to Saturday, around 100 to 120 breads come out of the workshop. For the creator of Pão com Manteiga, the next step is to establish it as a well-known and reference brand in the Algarve. 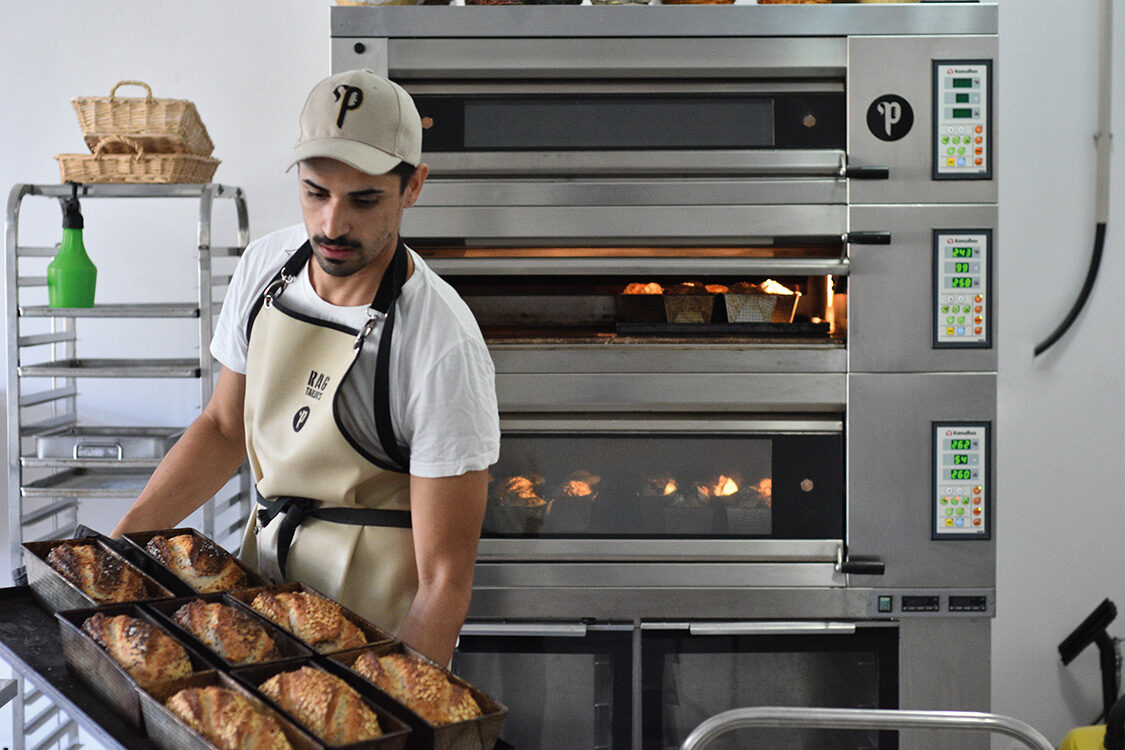 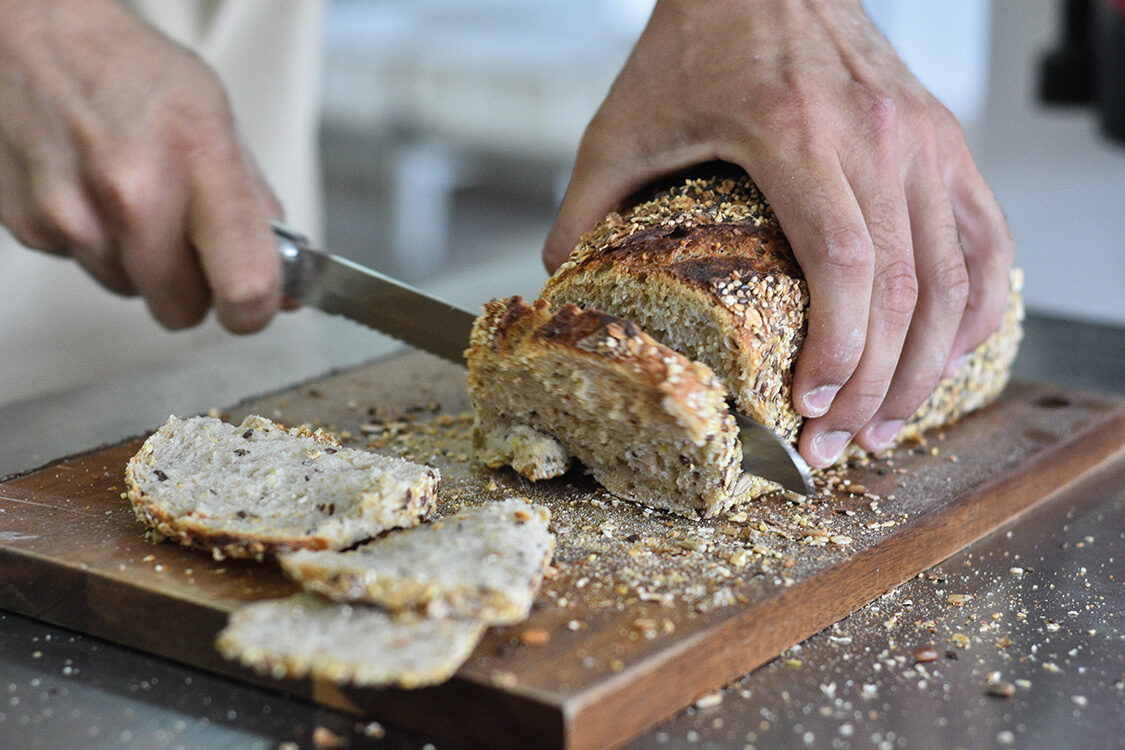 To find their sales points, simply visit the brand’s pages on social media.