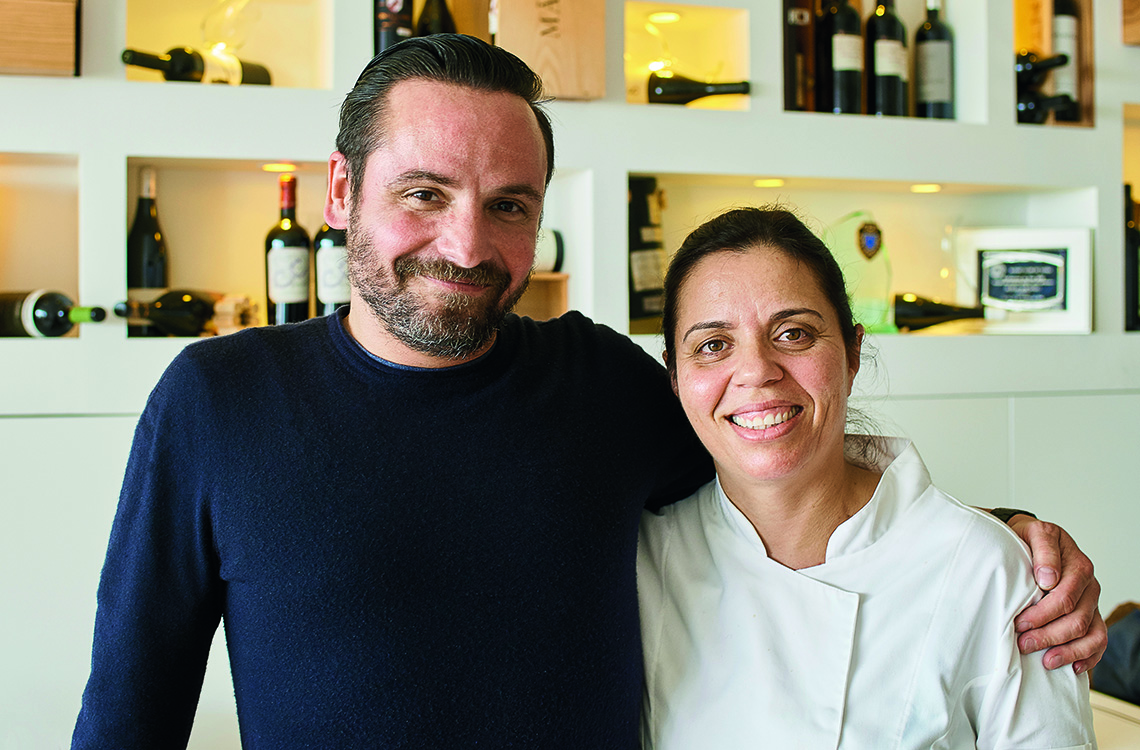 Tavira-native Noélia Jerónimo began working at a bakery at 14 years old. Years later, she bought the space and, in 2007, opened her Noélia & Jerónimo restaurant, which stands out for the uninterrupted views towards the Ria Formosa, for its fresh produce and a cellar with 200 labels. 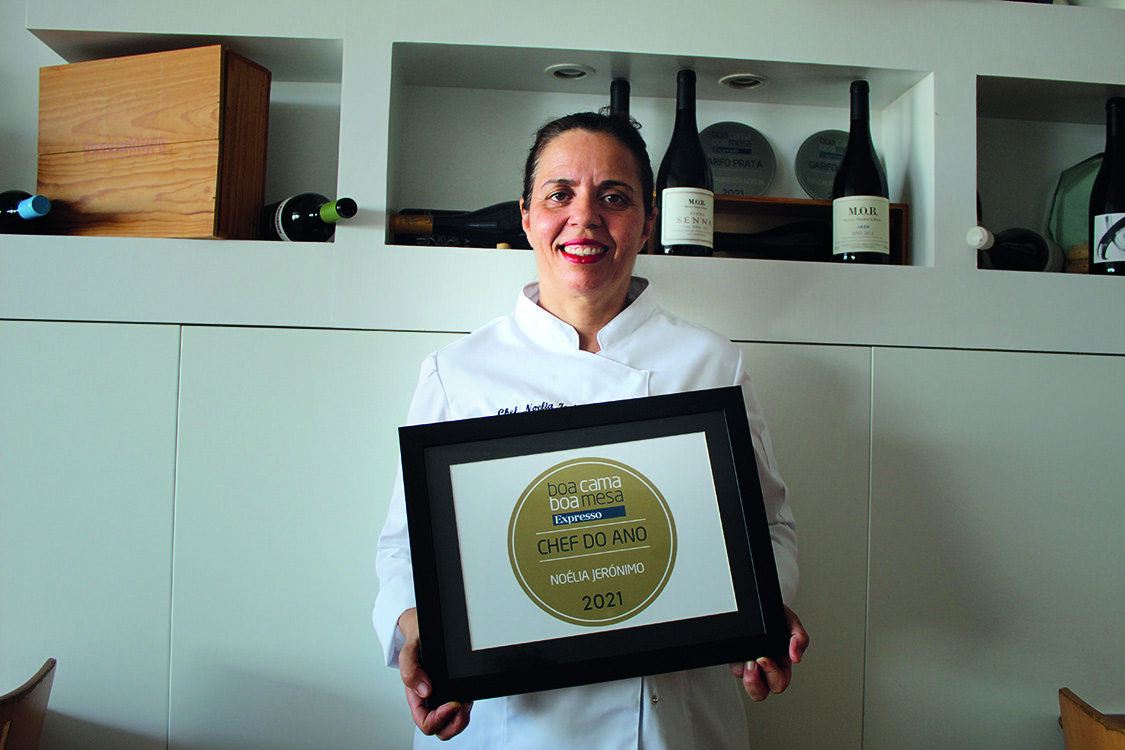 After a particularly difficult 2020, due to the COVID-19 pandemic, which landed her in the hospital for three weeks, last June Noélia Jerónimo travelled to Lisbon to receive the title of Chef of the Year 2021. The award is bestowed by Expresso newspaper’s Boa Cama, Boa Mesa guide, which, since 2003, has been honouring the best hotels and restaurants in the country.

“For me, it was very gratifying on both an emotional and professional level. After such a hard year, it was a very important prize. My legs got weak; I cried a lot. I wasn’t expecting this,” she says. “I work to make people happy, to show them new flavours and to make sure the time they spend at Noélia’s is special. For the ‘chefs’ cook’ to be voted Chef of the Year, it was like winning the lottery. It will forever stay with me, in my soul, in my heart and in my life. Besides, it was extremely important for the Algarve. I am very happy.” 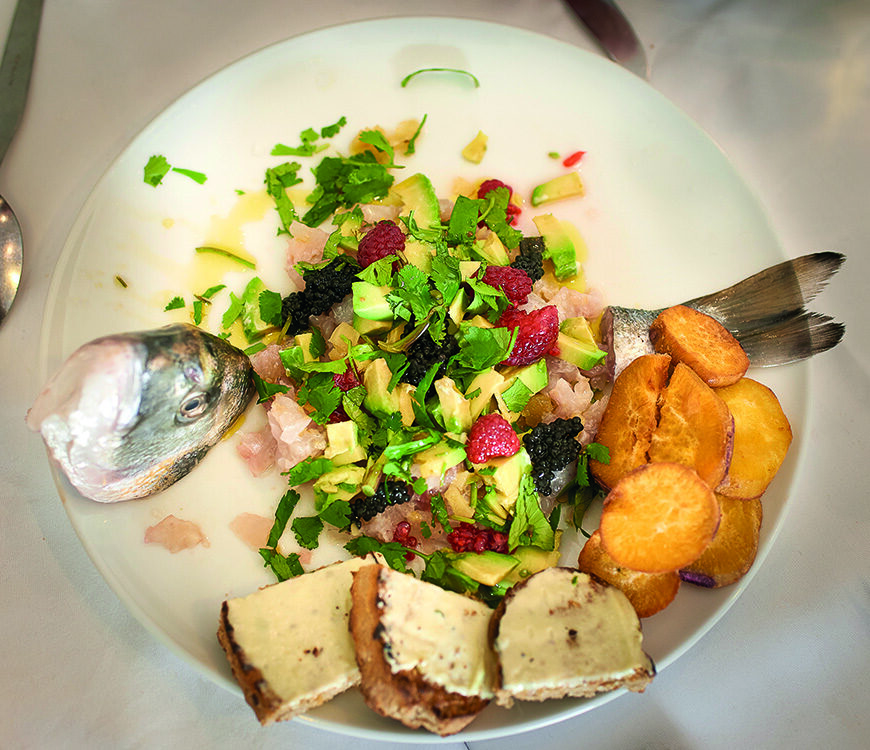 According to the Boa Cama Boa Mesa guide, the Algarve restaurant “boasts classic recipes like octopus fritters with coriander rice, clam broth and dory fillets. Other stunning dishes have also made their way into the restaurant’s menu, such as sea bream ceviche, lemon rice with corvina and clams and the majestic scarlet-prawn (carabineiros) rice”. Noélia Jerónimo also won another Silver Fork to add to her collection — she has won one per year since 2018). In the ‘Boa Mesa’ section of the Guide, the selection was based on five evaluation criteria: location, service, wine cellar and price/quality ratio.

But what is the secret behind the restaurant’s success, why are all the tables for summer dining booked up several months in advance? “We only work with fresh produce. I pick the best tuna, clams, and oysters; things that are ours and then I transform them a little. I work with our produce, the mountains, and the seasons. So, the menu varies every day. Here, we dedicate our life to things, to the product, to the way I make them and to the people. It’s essential that people leave here happy,” she explains. 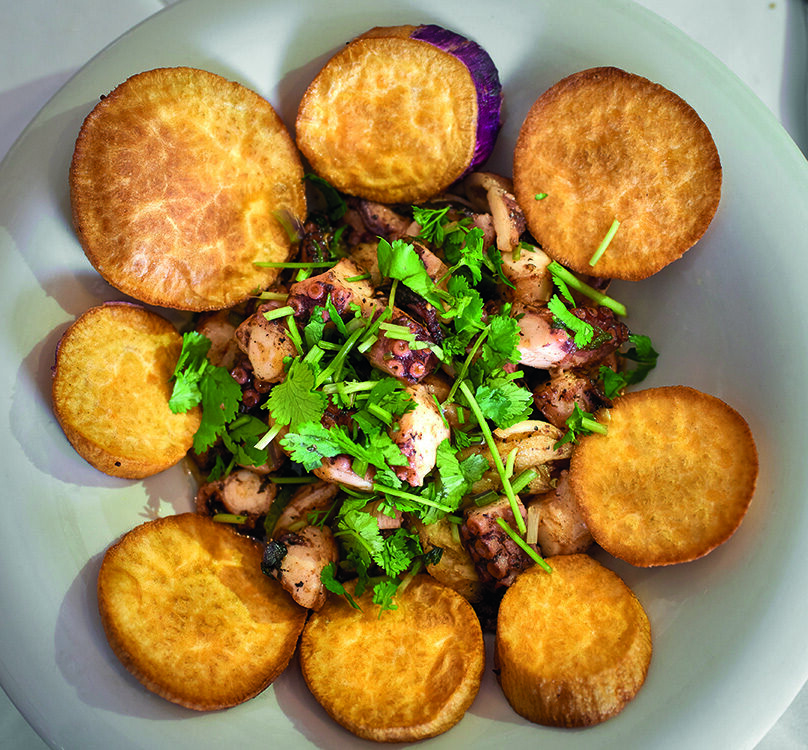 According to the chef, the secret is in her dedication: “I give myself a lot. I like people and that is the main thing. The restaurant’s success goes back many years. Noélia has

crossed borders. I’ve worked in Macau, and in Brazil I spent time with Roberta Sudbrack, one of the best chefs in the world, who gave up the Michelin stars for a restaurant where there was noise, life and movement,” just like Noélia & Jerónimo. 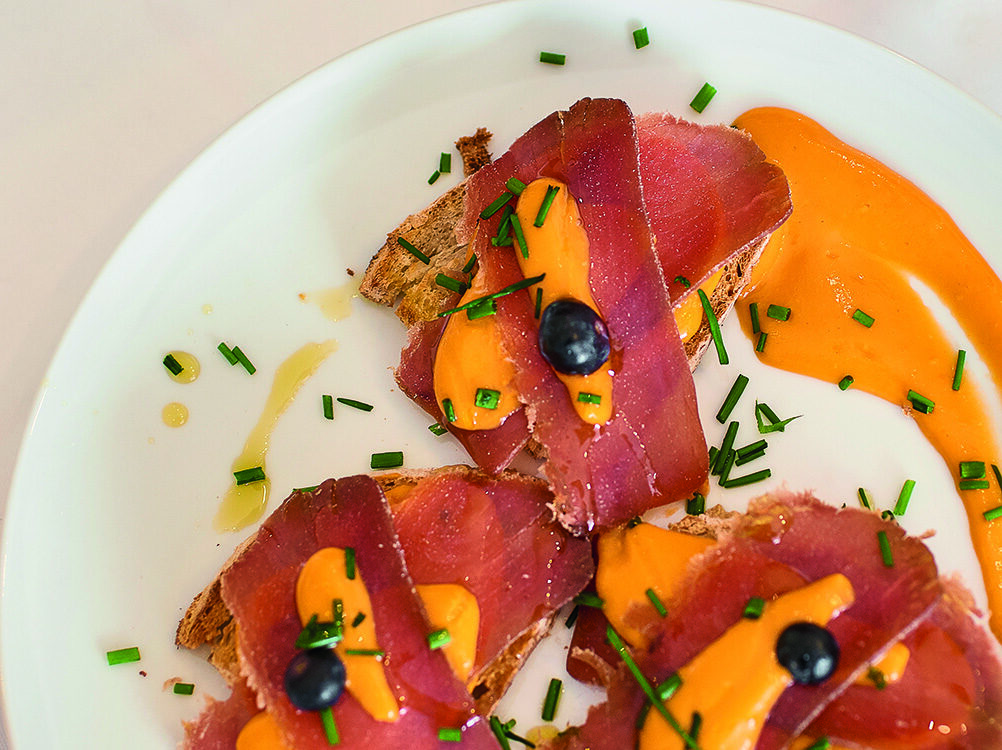 “I’m friends with all the chefs and they all enjoy coming to Noélia. Almost every year, all of Portugal’s Michelin star chefs come here. They like it and that is why I was called for many years the ‘cook of the chefs’. It’s as if they came back to their mother, to the affection I have to give. What matters to me are the hugs, which explains why they look at me as an almost maternal figure,” says the chef.

As for the future, and having already received several offers to open a restaurant in Lisbon, Noélia Jerónimo assures us: “I’m staying at home. I like the Algarve. I love the Algarve, the Ria Formosa and I like living here. I don’t want to have more restaurants; I just want to be able to do more and better. The most important thing is to be human and leave a legacy. All that’s left for me to do is to be better tomorrow than I am today.”

Located in Cabanas de Tavira, Noélia & Jerónimo is open Thursday to Tuesday from noon to 3.30pm and 7pm to 11pm.