Crops of the convent 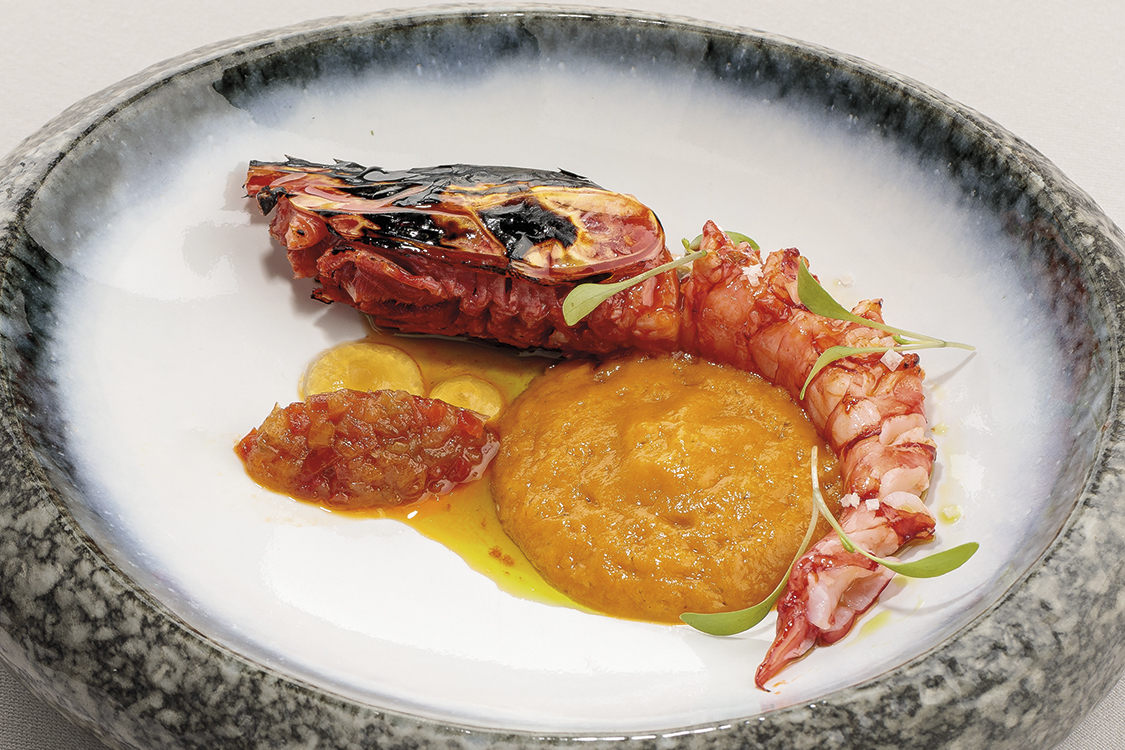 It has been a challenging but rewarding journey for restaurateur Nuno Diogo, who set out many years ago with the aim of bringing a Michelin star to the town of Carvoeiro. Having run two other restaurants in Carvoeiro since the early 2000s, he took over Bon Bon in 2013 and by 2016 he was the proud owner of the Michelin star he had dreamed of. Back then, the star was first won with chef Rui Silvestre, who moved on after a couple years to take over at Vistas Restaurant at Monte Rei Golf & Country Club in the east Algarve, also awarded with a Michelin star in 2019. When Rui left, Nuno soon found another budding talent ready to earn his first star, taking on Louis Anjos. The star held solid at Bon Bon and Louis moved on earlier this year with his kitchen team to take over at the restaurants of the new clubhouse at Palmares Ocean Living & Golf resort. 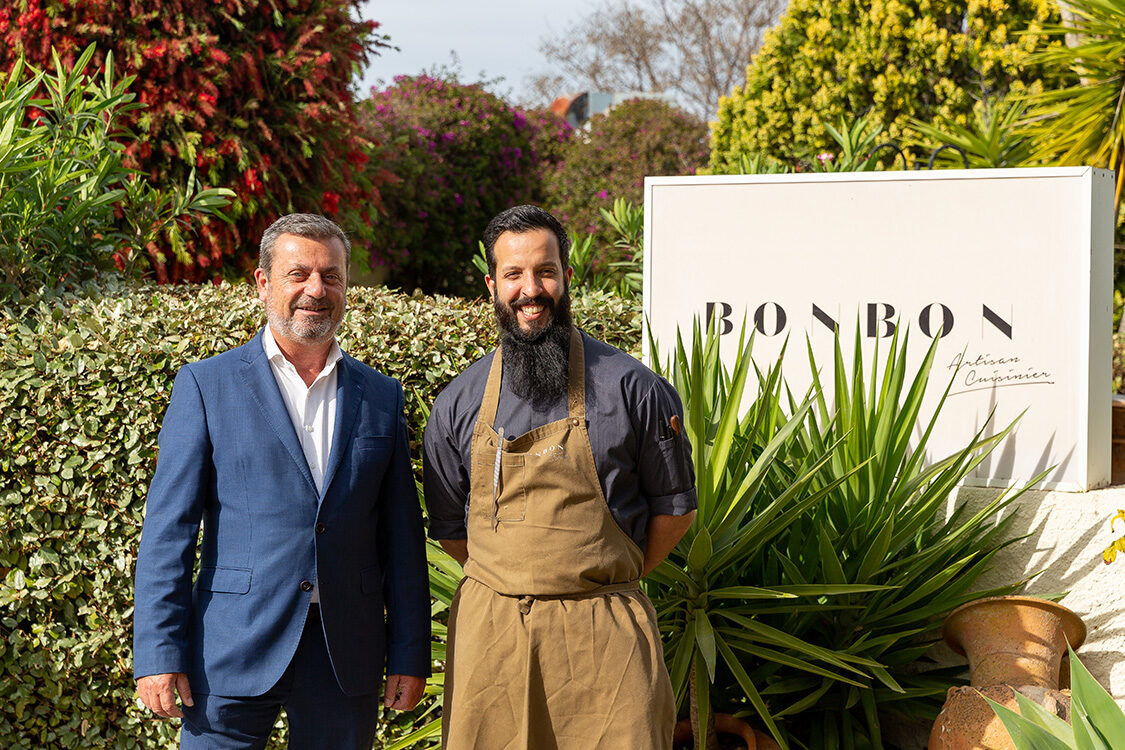 So when getting ready to open this year, Nuno was faced with the challenge of finding another chef and team. It could be said that Bon Bon is starting to get a reputation as something of a school for chefs to earn their Michelin stars. Enter chef José Lopes, who has a solid curriculum behind him, including seven years at Michelin-starred Eleven in Lisbon under Joachim Koerper where he rose to resident chef.

At 31 years old, he appears to have the experience and the team behind him needed to keep Bon Bon’s Michelin star firmly in place. There is a refreshing confidence to the new chef’s cooking that precludes the use of pointless showmanship. José Lopes’s food is beautifully but simply presented whilst the focus is clearly on flavour and, most importantly, the cuisine and ingredients of the Algarve. There is the occasional nod to flavours and textures from other parts of the world, but the overriding theme of both the lunch and dinner menu is rooted firmly in the region. 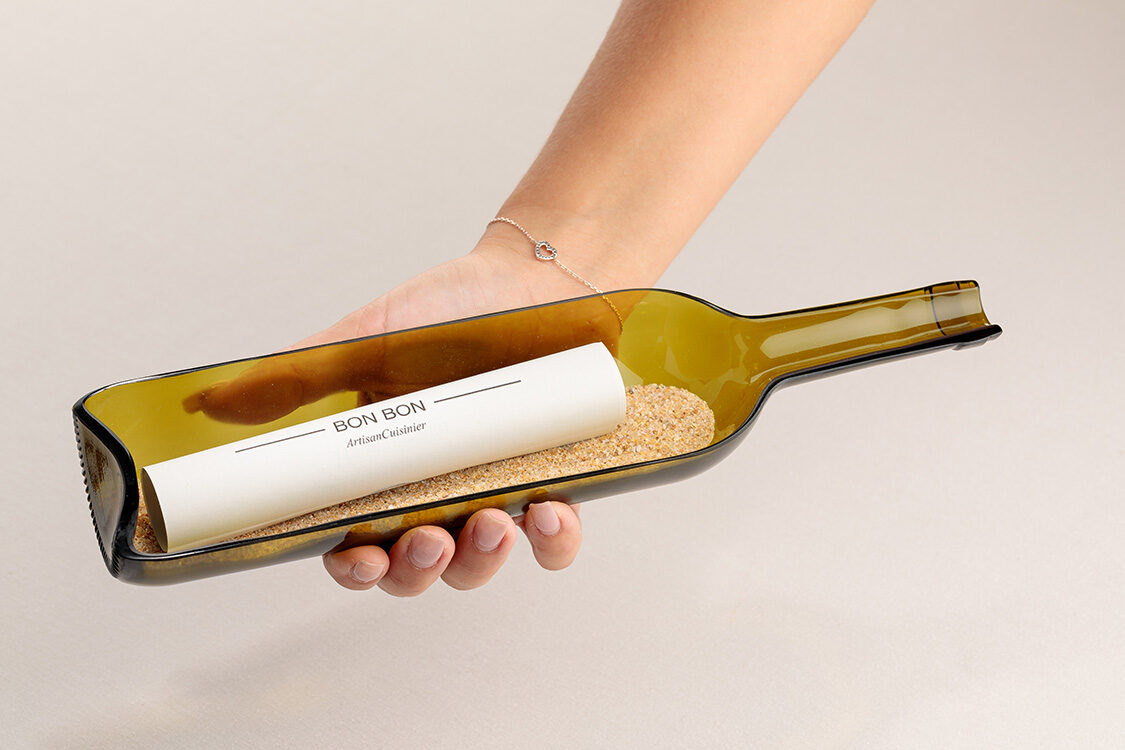 The lunch menu offers an excellent introduction to the restaurant at a more accessible price, with three courses at €45, four at €59 and five at €70, but even the three courses end up at six or seven if we include amuse bouche appetisers, the bread course, pre-dessert and petit fours. But it is the dinner menu that really showcases the work of the kitchen with five courses (or Moments as they call them) at €115 or seven at €140 (all prices without wine).

The current dinner menu is themed on the ocean and is presented at the table like a message in a bottle. First up comes a small but intricate bread service; a steamed seaweed roll served with an Algarve garlic carrot, an orange-flavoured chicken liver paté and a spherical mock olive filled with premium Algarve olive oil, followed by the first amuse bouche of bacalhau (salt cod) crisps with black garlic and lime caviar. The second amuse bouche is a playful take on Portugal’s most popular recipe for clams “à Bulhão Pato”, with the sauce made from just the water that escapes from the clams with garlic, olive oil and fresh coriander. Here, the chef mixes three different bivalves, such as clams, razor clams, barnacles, cockles or mussels, served out of the shells in a foam made from the resulting sauce served under a squid ink crisp resembling a net as used for harvesting clams. 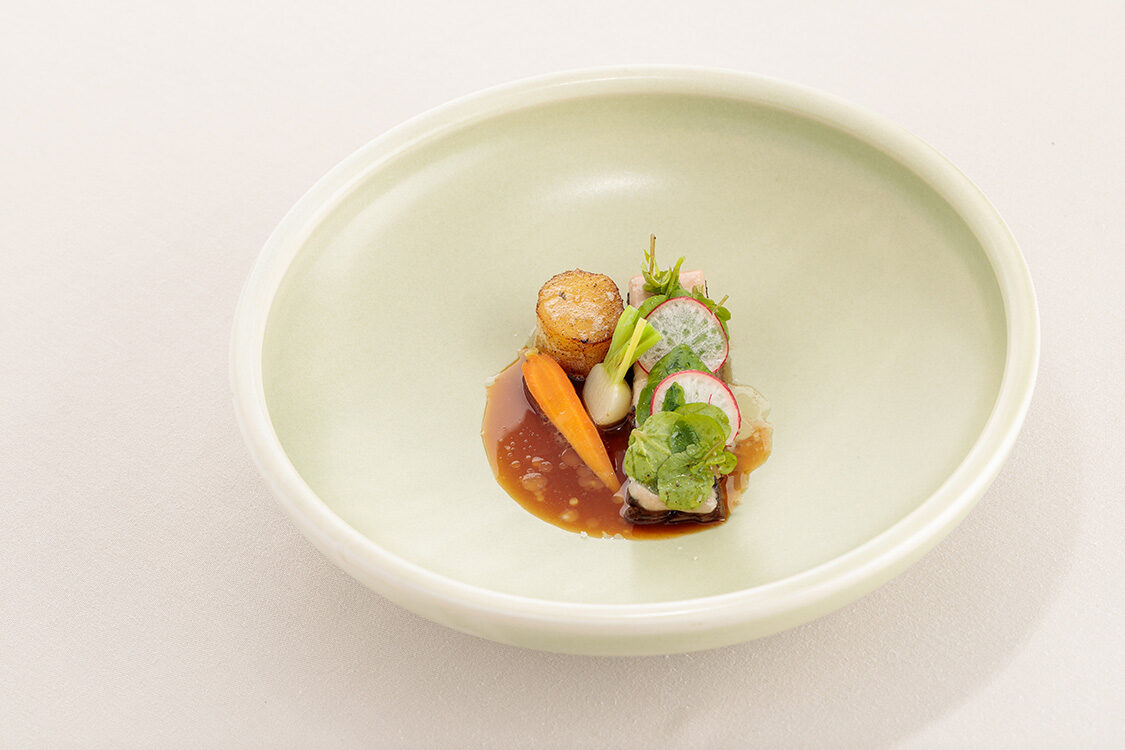 The first course of the actual menu is another variation on a traditional Portuguese dish, this time based on the rustic caldeirada fish stew, but showcasing the prime local seafood delicacy of Scarlet Prawn (carabineiro) with the meat of the crustacean served almost raw, the head charred and both a purée and a chutney of a carabineiro caldeirada stew.

The menu so far is entirely Portuguese in terms of flavours but the next course takes sarrajão (a local fish of the tuna family) served slightly cured with cucumber noodles, purées of lemon and beetroot in a light soy-based dressing and a breaded oyster on the side. The fish and oyster may be local but the flavours here are Japanese, the dish working as something of a palate freshener ahead of an unusual and delicious octopus dish. A tentacle of octopus is served glazed, tender and slightly crispy, with parsley gnocchi and a savoury compote of caramelised onion, the dish dressed in clear tomato water and a choux pastry parcel filled with octopus salad on the side. 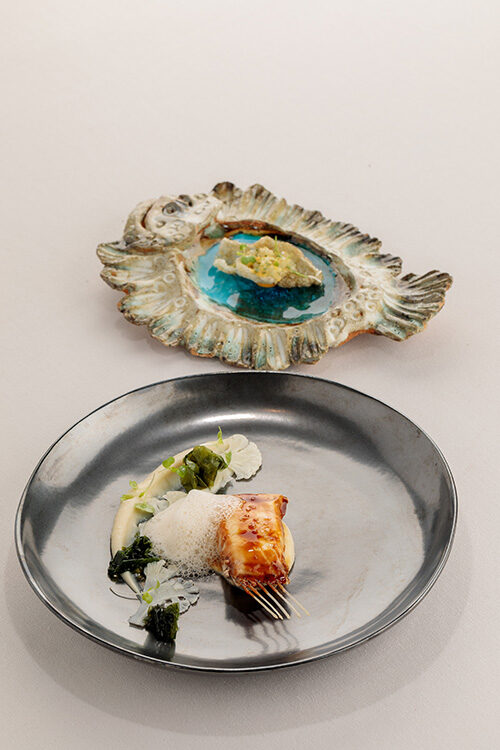 The next course of cherne (wreckfish or blackfish) wins this writer’s praise as the tastiest dish of the menu; the meaty fish fillet sitting atop a xerém (polenta) of razor clams, dressed in a light fennel sauce and a prawn-flavoured foam. But the following course is no less impressive, a dish that tricks the palate as a fish course that fuses into a meat course; a rack of sole is served to resemble a tiny rack of meat on the paired bones with a pork belly demi-glace, a foam of flavoured with smoked pork, textures of cauliflower and pickled seaweed.

With the transition from fish to meat skilfully achieved, the next dish is themed as a cozido (stew) with a tender morsel of lamb fillet served blushing pink with chickpeas and a morcela (blood sausage) sauce. The final meat course is an elegant dish of oxtail with bone marrow dressed with radish and watercress and an oxtail demi-glace sauce.

Those opting for the full menu have a three-phased dessert service, starting with a pre-dessert of almond crumble and fig leaf ice cream. Next comes an Algarve orange dessert of a false orange made of ice cream with a carob trunk and a mock orange section made of torta (Portuguese orange cake). And finally a honey, lemon and olive oil dessert.

There is no doubt that the standard of cooking at Bon Bon today is as worthy of a Michelin star as ever. Chef José Lopes brings a new style of fine dining to the restaurant, whilst the familiar face of Nuno Diogo, as host and sommelier, gives this outstanding little restaurant the continuity and unwavering standards that keep it at the top of its game.

Awards, Carvoeiro, Michelin stars, Restaurants in the Algarve, Things to Do in Carvoeiro 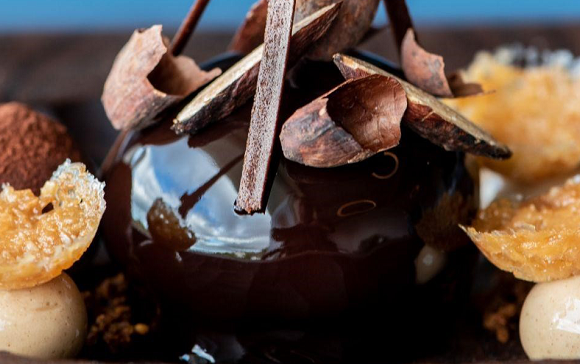 The Restaurant Guide: Best Restaurants in the Algarve for 2022 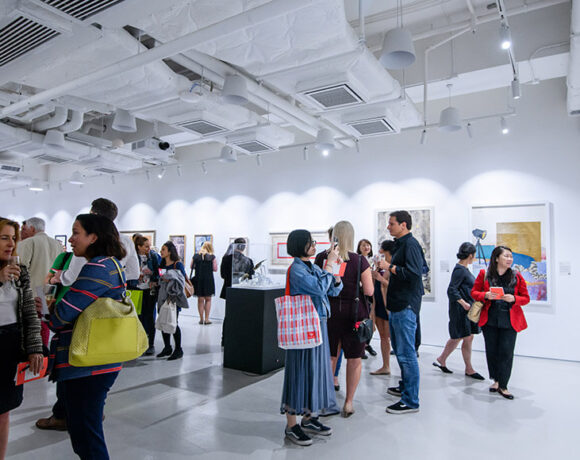 Biggest Annual Art Prize in Portugal to happen in 2022