Richard Mayson’s information-packed new book The Wines of Portugal brings us up to speed on the extraordinary transformation of the Portuguese wine scene in recent decades, and is an excellent companion to his first book, Portugal’s Wines and Winemakers. 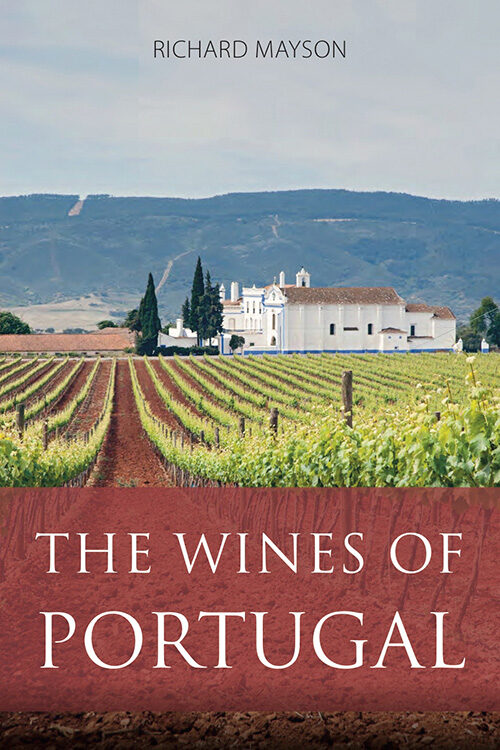 For Mayson “the changes have been huge! There’s been a complete turn-around, similar to some Eastern European countries since Communism. Portugal has rediscovered its terroirs. Choice used to be extremely limited, although the potential was clearly there. Today, Portugal is capable of making world-class wines”. The 1990s were game-changing. In addition to Port, Douro producers embarked on the production of quality dry wines. Then there is the Dão, “traditionally Portugal’s best-kept secret”, and Bairrada, with its Baga grape, “a true secret weapon”. 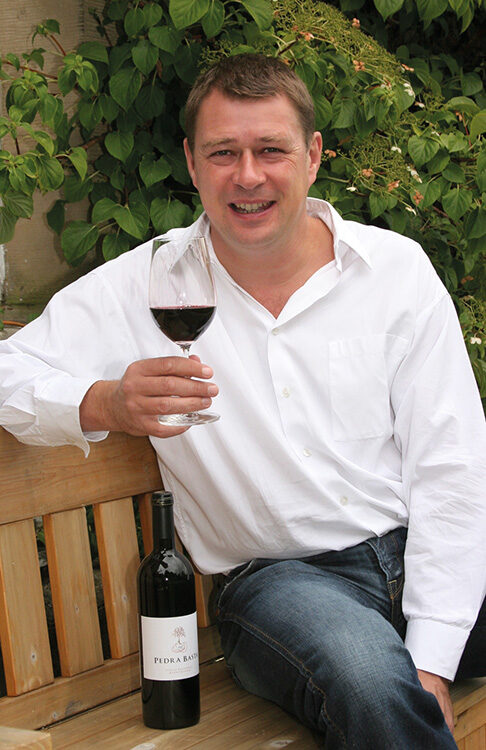 Armed with a degree in geography from Sheffield University, and a contributor to the Oxford Companion to Wine and the World Atlas of Wine, Mayson expertly guides us through the vineyards, pointing out the best brands, introducing us to producers and explaining what is unique about each meso-climate.

In case Portuguese wines sometimes seem a little complicated, the book conveniently divides Portugal into four distinct wine producing areas: Atlantic wines, Mountain wines, wines of the Plains, and Island wines, with Port covered in a companion book Port and the Douro, and Madeira in Madeira: the Islands and their Wines. 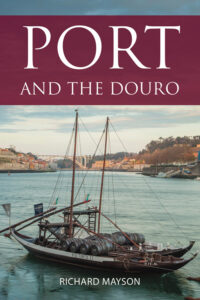 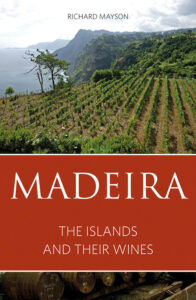 When it comes to export, Mayson sees Portugal still hampered by having few companies with the critical mass needed for the international market. In a foreign country, the consumer is more likely to find a Portuguese bottle at an independent wine merchant’s than on a supermarket shelf, where it may be priced below its real value.

The appeal of Portugal’s wines lies in exceptional terroirs and an extraordinary choice of indigenous grape varieties (Mayson includes a valuable section on the principal ones, many unique to Portugal). “This is being beautifully exploited now, with innovative independent producers all over the country,” Mayson, in a Zoom meeting from his home in the Peak District, UK, enthused. 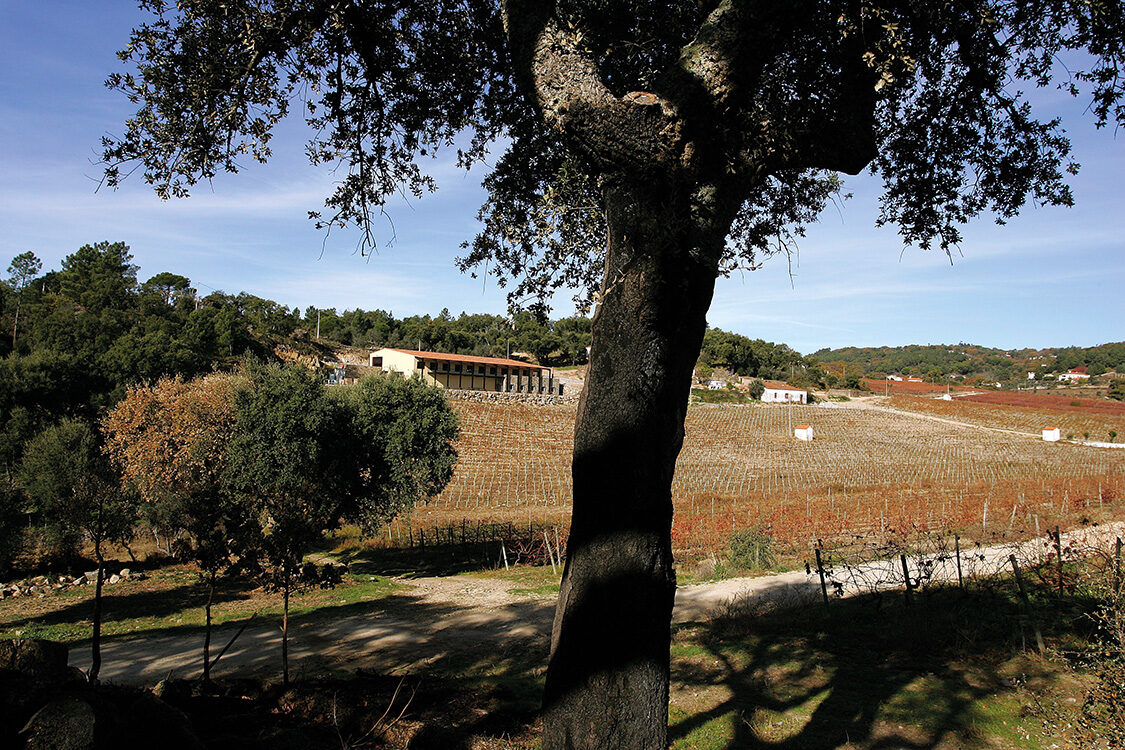 FEATURED IN THE BOOK: Quinta do Centro, Portalegre

“People are buying Portuguese wines today because the flavours are so different, with interesting grape varieties and extraordinary blends. This is not just Cab Sav or Chardonnay rolled out all over the place.” Mayson’s wish list included so many talented producers, his publisher eventually asked him to prune. Mayson has a long association with Portugal after his first visit in 1971, on a family holiday three years before the Carnation Revolution. He remembers arriving in Lisbon by sea, “as if it was yesterday, gliding under the Salazar Bridge, docking and thinking, ‘This is the place for me’”. He was nine years old — too young for wine, but old enough to be fascinated by this exotic country, sealed off from the rest of Europe for so long.

Inevitably perhaps, in 2005, Mayson bought his own vineyard, in the Portalegre subregion of the Alentejo. With its hills, Portalegre is a more temperate, cooler corner of the Alentejo. A pioneer, Mayson has been followed since by other producers who spotted the area’s wine-making potential and want to remain ahead of climate change by going for altitude. In 2017, the Symington family bought their first property outside the Douro in Portalegre, Quinta da Fonte Souto. The Great Recession hit Portugal in 2010. These were not easy years to make and market good wines, particularly with a young family back in England. In 2018, Mayson sold the property to Sogrape, Portugal’s largest wine company. 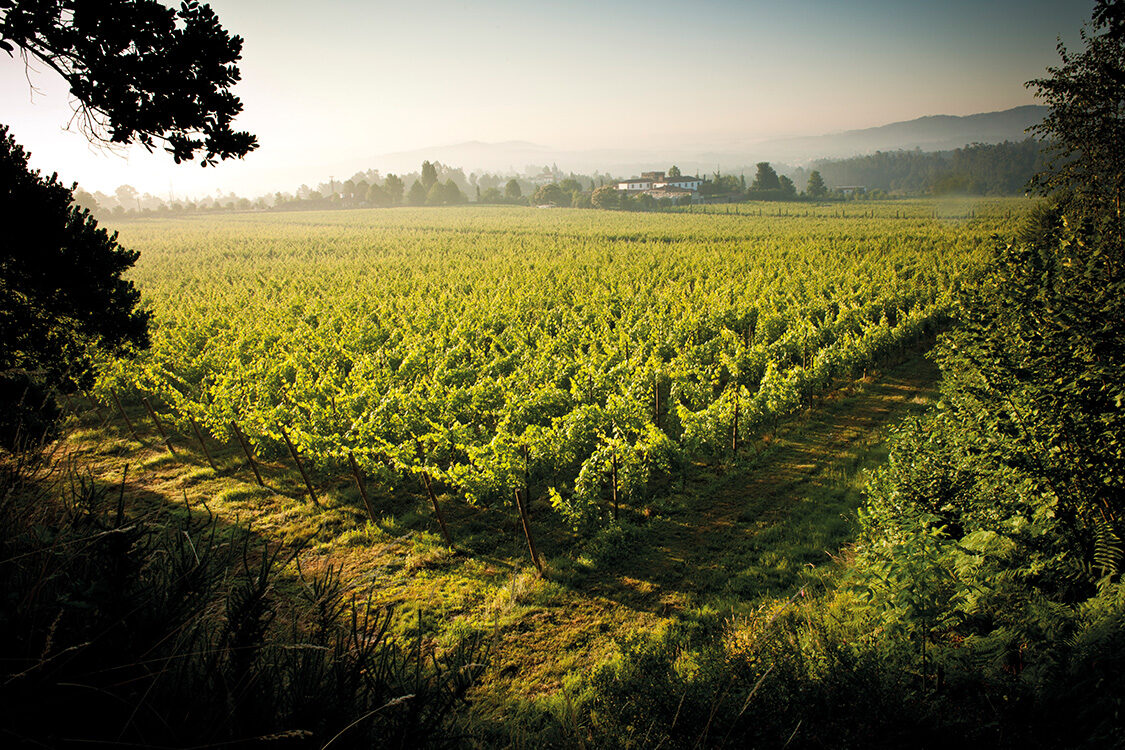 Mayson reflects there is far more information available today to help winemakers. Two Australian consultants, Peter Bright and David Baverstock, were among the first of a stream of foreign winemakers who contributed to improving quality. “David brought an international perspective to Portugal at a time when there wasn’t one.” Today, many younger Portuguese winemakers have studied or made wine abroad: in Australia, New Zealand or California, as well as wine-producing countries of the Old World. Field blends remain a gloriously distinctive feature of Portuguese winemaking, but today’s producers are more likely to know which varieties are planted in their vineyard, and winemaking is no longer the haphazard affair of old. The book includes a fascinating chapter on the important place occupied by wine in Portugal’s history, useful maps of Portugal’s wine regions, and an excellent glossary of Portuguese wine terms.

The Wines of Portugal is by far the best book on Portuguese wines for many years, to sip or read in great gulps and it is well worth £30 or so. You can also contact the publisher, Infinite Ideas, through their website www.infideas.com. Then, do head out to find some of the superb wines Richard Mayson recommends.