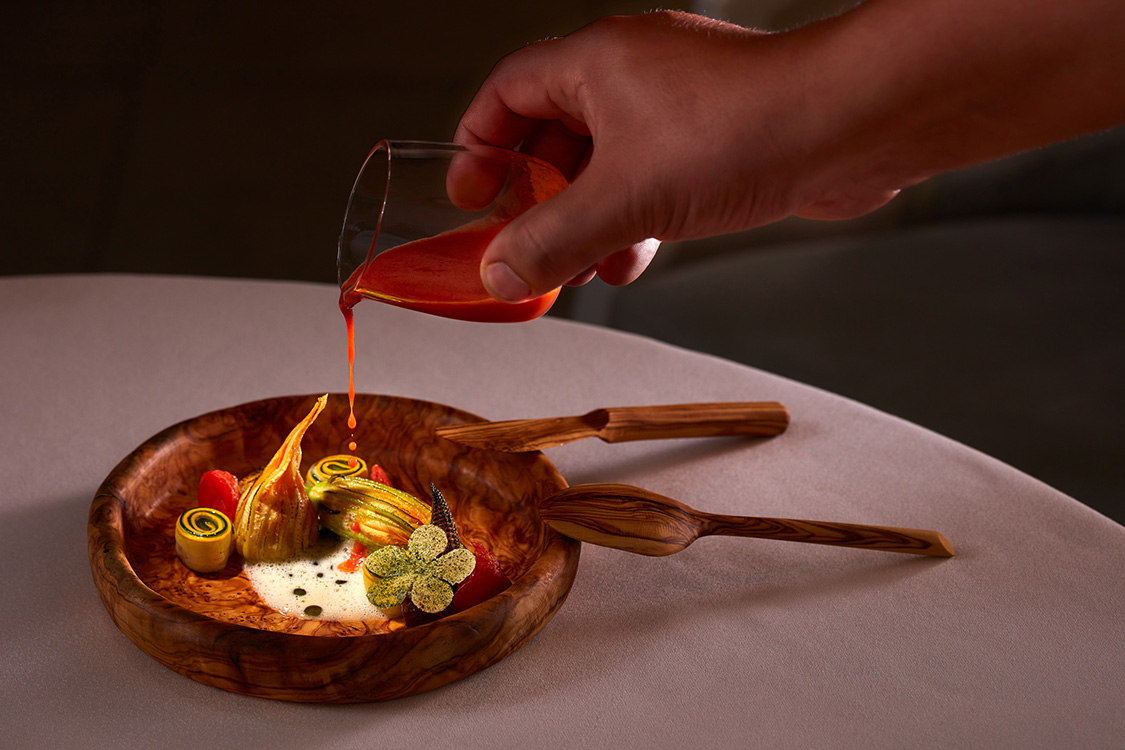 Quinta do Lago’s fine dining restaurant Casa Velha has announced a partnership with the Loulé Criativo project which has allowed local artisans to create “unique dishes and tableware” for the restaurant.

“Casa Velha chooses not only local, seasonal products when preparing its dishes, it also embraces the local community and economy,” says the resort. Tableware was created specifically for two special Casa Velha dishes. 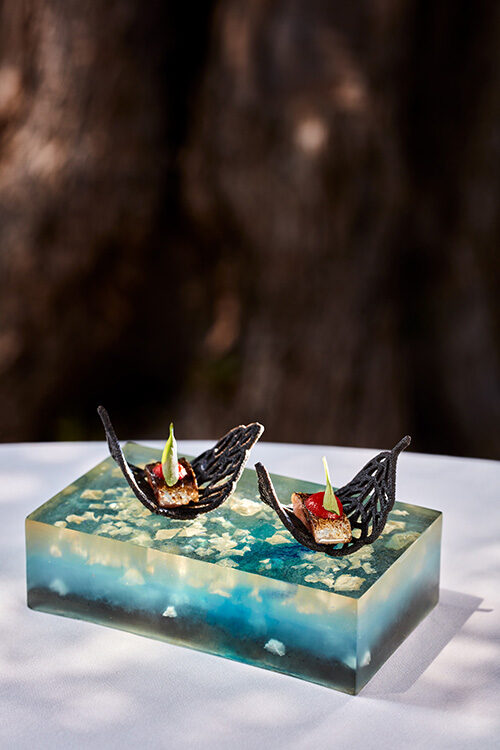 Sardine, roast peppers and garum on an olive ‘leaf’, served on a unique piece created by local artisans. It is made with salt crystals from Castro Marim and organic resin

The first, made with sardine, roast peppers and garum on an olive ‘leaf’, is served on a unique piece called ‘Salgu’, created by local artisans. It is made with salt crystals from Castro Marim and organic resin. Combined with chef Alípio Branco’s gastronomic creations, diners are sure to enjoy “a sea of sensations and unique flavours”.

The second dish is inspired by Quinta do Lago’s own organic farm (Q Farm) and features courgette flower, sweet potato with orange, grilled corn, sun-dried tomatoes, corn sauce and roast pepper with vinegar, served on artisanal tableware made with “subtlety and functionality” in mind. 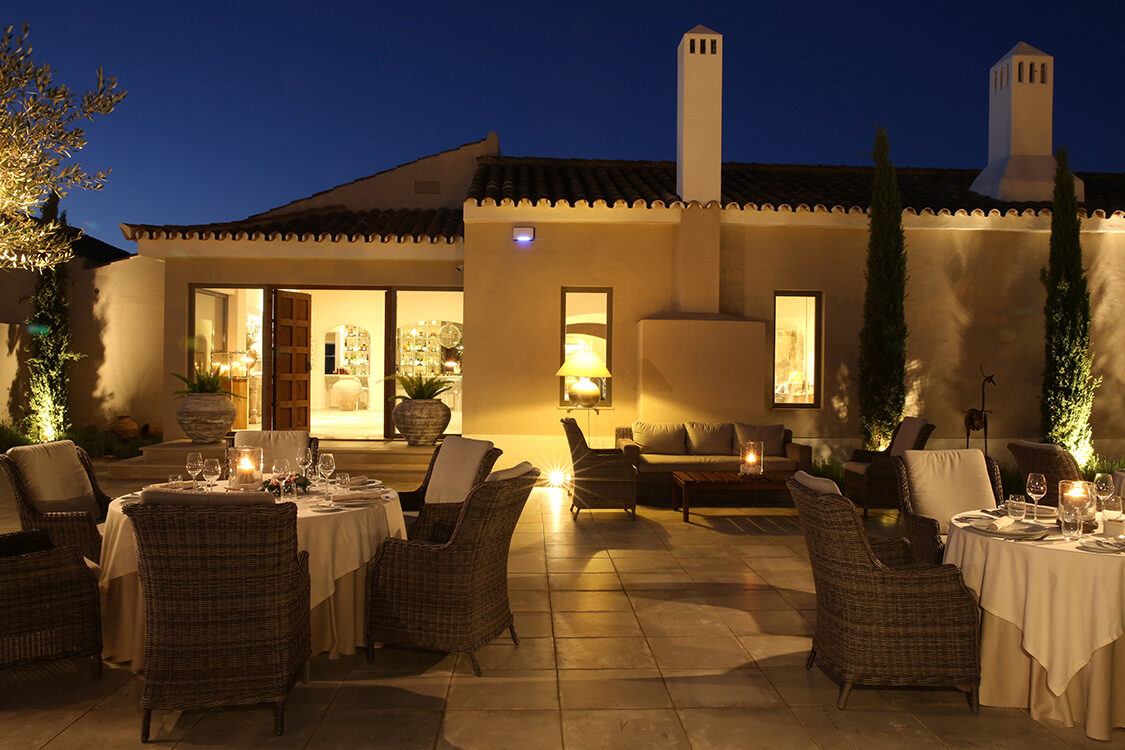 As well as being functional tableware at Casa Velha, the unique pieces made by the Loulé Design Lab artisans can also be seen during an exhibition entitled Um Ano de Colaborações, which will take place between October 2 and November 2 at Palácio Gama do Lobo in Loulé. The exhibition can be visited Monday to Friday between 9am and 5pm and Saturday between 9am and 1pm.

Casa Velha was the first restaurant to open at Quinta do Lago. According to the resort, “legend has it that it was from Casa Velha’s terrace that André Jordan, founder of the Algarve’s most exclusive resort, created the vision of what would become Quinta do Lago as we know it today”.

Recommended in the 2021 Michelin Guide, Casa Velha promises its guests a “unique gastronomic experience” with great attention to detail.